Chef Michael Beltran on Why Miami is Magic for Restaurants

Between Super Bowl LIV and the South Beach Wine + Food Festival, February promises to be a busy month for Miami. The metropolitan area is home to 6.1 million people and boasts one of the most diverse dining scenes in the country. 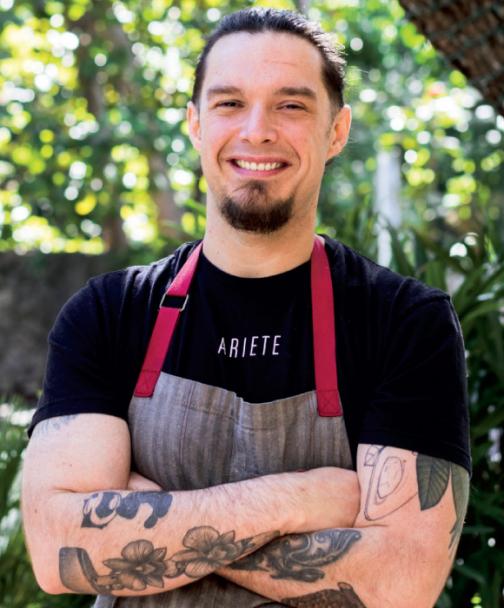 Chef and restaurateur Michael Beltran is among the Miami natives driving the city’s rise as a culinary destination. Beltran cooked—and learned—at a number of institutions in the area, including Casa Juancho and Cypress Room, before launching Cuban-New American restaurant, Ariete, in the Coconut Grove neighborhood in 2016.

As a company, we take pride in curating new restaurants and coming up with new things. I’m Miami-born and bred. I was born in Little Havana and lived there most of my life. I’m proud of the push the city has made to strengthen communities and how much of a destination it has become.

A few years ago I took more of an interest in my own health. Since 2017, I’ve lost 163 pounds; I quit smoking. I didn’t drink for two years, and now I afford myself an occasional drink. Now we’re trying to change the entire company culture. We’ve made a point to do the things we preach.

The fruits and vegetables you can get here are distinct to our climate. Mamey sapote fruit is one of my favorites. If you’re lucky enough, try it in a restaurant. It’s the ingredient I love and couldn’t live without.

Miami in general—the food, culture, and community—has grown so much in the last 20 years. You can see it in the diversity and the food we have. It is super quality-driven. A lot of young restaurateurs are doing really amazing things and pushing the envelope.

“Diverse and fun,” is a great way to put it. We have everything from super-amazing Peruvian to Indian to new-wave American Cuban. You have excellent cocktails and some great old-school restaurants from chefs like Thomas Keller. At every level, everyone is taking pride in their work. The diversity around what we can offer from stylistic to general is impressive.