Originally opened in 2001 in Shadyside, Pittsburgh, Walnut Grill waited a few years before expanding out into the suburbs.

Walnut Grill, the Restaurant for Everyone with Room to Grow

Defying conventional wisdom, the emerging chain is ready to expand.

Don’t try to be everything to everyone. This is a piece of advice restaurateurs receive all the time, and it’s one Walnut Grill swiftly discarded.

Whether guests want a spot in its large, comfortable bars with TVs and music, or the fresh air of a patio space or quiet enclave to hang with family, the Pittsburgh-based chain has it. The menu also presents diverse options, something that was well appreciated by guests in the heavy carryout days of the pandemic.

“A little something for everyone is kind of what we do,” says Kirk Vogel, founder of the restaurant chain. “I think that makes it a little different.”

Now the full-service chain is preparing for growth beyond its 10 corporate locations in the Pittsburgh and St. Louis markets. Walnut Grill’s expansion will continue to fall under a corporate model, with all units owned by Walnut Grill Holdings.

Vogel says the restaurant design and menu offerings will vary slightly based on locality. This continues a trend Walnut Grill set forth in its St. Louis entry, where about 15 percent of the menu is adjusted for the location.

The chain hopes to target the Southeast for new markets, beginning with Charlotte, North Carolina. The Southeastern markets will allow Walnut Grill to get a greater number of patio-use months. Over the next couple of years, Walnut Grill intends to open three to four new stores in this market, the first in early 2022.

“We'd like to get into a market where we can take that part of our concept and evolve it even further,” Vogel says. Pittsburgh and St. Louis have only a few months of the year where eating outside is enjoyable.

It’s been a long journey to get here. Originally opened in 2001 in Shadyside, Pittsburgh, Walnut Grill waited a few years before expanding out into the suburbs. The original partners had previously helped open, or worked, at a small shop called Pittsburgh Deli Company. They then decided to move into the upscale casual space in the same neighborhood. They chose to replicate and modernize a local favorite, The Balcony, that closed. The result, Walnut Grill, was one of the first upscale casual dining concepts in Pittsburgh, Vogel says.

With a foundation of a quality, made-from-scratch menu, superior service, and a cool environment without an excessively high price point, Walnut Grill gained momentum quickly.

Between 2007 and 2009, Walnut Grill opened its next two units and continued in a pattern of deliberate growth as more and more guests pulled away from national chains and looked for neighborhood restaurants. Because of the Great Recession, Walnut secured its Fox Chapel location, which is today still one of its strongest. The chain hit a growth stride around 2013, opening more locations and expanding into its second market, St. Louis. 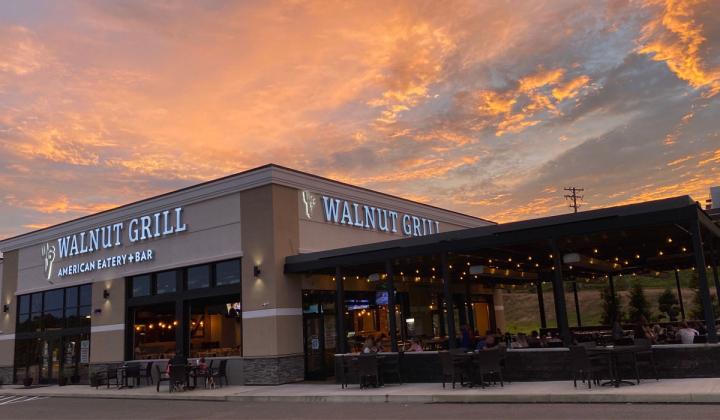 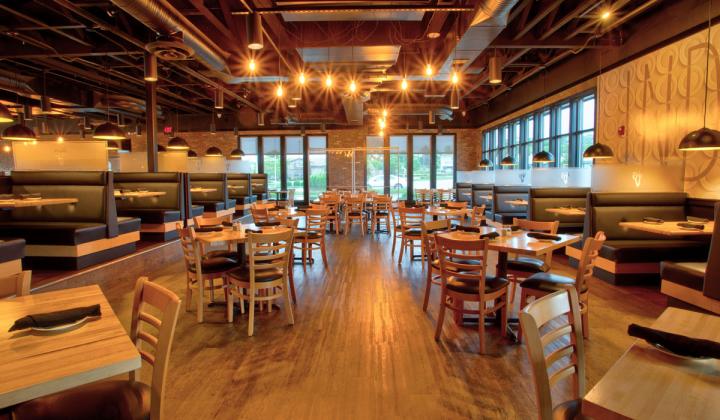 Through the entire pandemic, Walnut Grill learned about efficiency and adaptability.

It’s not just the menu variety and diversified ambiance that attracts customers to Walnut Grill, however.

“It's a priority of ours to treat each guest as if they're our neighbor on a friend level, on an attentive level,” says Walnut Grill Marketing Director Marc Hourvitz. “Occasionally when things don't go the way the guest wants them to, we hold ourselves very accountable to make sure before they leave that building that they know they've been taken care of one way or another.”

Even throughout COVID, Walnut Grill opened three locations, in April, July, and January.

“We learned how to be efficient and be able to hold ourselves to the same level under very strenuous conditions,” Vogel says.

With indoor dining shut down by the government, Walnut Grill could only offer carryout and delivery until June, which required the company to cut staff from roughly 70 to 15 people per location. Walnut was lucky, though, Vogel says. The brand rolled out its online ordering platform just a few weeks before it was shut down. Walnut Grill also had been increasing its social media presence, which ended up as the best way to communicate with guests throughout the pandemic.

While other restaurants floundered, Walnut Grill maintained its full menu and operational hours throughout the off premise-only months. It also offered large family style catering programs for Mother’s Day and Easter 2020.

When Walnut Grill finally reopened indoor dining, Vogel says it was an entirely different game. Guests were not coming back at the rate they expected.

The shutdown that stalled holiday traffic in Pittsburgh and St. Louis was especially brutal for restaurants.

“That was the most devastating one just because after the third time, a lot of our team members just weren't coming back,” Vogel says.

After that, employees were reluctant to reenter the hospitality industry. Vogel can’t blame them. After three regional shutdowns, it was hard to justify it. Walnut Grill is still building its staff back up, hoping sign-on bonuses, higher wages, and scheduling flexibility bring back the staff they need.

“We've always been a very flexible employer, but it's just been a different kind of flexibility moving forward,” Vogel says.

During this COVID time, Walnut Grill became known for its COVID safety and support for the community. Walnut Grill’s management teams were the glue that kept the restaurants alive, Vogel says, and every management team has stayed the same since March of last year.

“They've been the driving force for our success at this point in time, being able to keep everything moving forward,” Vogel says. “We've been very fortunate to keep that longevity from a management perspective. And they've been very nimble as far as making the adjustments necessary.”

Through the entire pandemic, Walnut Grill learned about efficiency and adaptability. This aids the company in the future growth targeted for the Southeast.

Vogel remains confident it is still a good time to be in the restaurant industry. When everything completely blows over, he believes Walnut Grill will come back stronger than ever.

“After we work through this and everyone gets back to normal comfort levels, whatever that looks like, there's going to be a place for restaurants that can provide the level of service and quality and atmosphere that we like to provide,” Vogel says. “We want to be there in those communities ready for everybody when they're ready to come back out.”

Moving forward, Walnut Grill will look for more opportunities in other markets to increase its units to a number north of 20. But maintaining excellence in its existing stores remains important, too. These are restaurants that were known to give back to their communities, supporting hospitals and school sports.