Rita the Robot performs without error more than 99 percent of the time.

The robot has four roles—hosting, serving, bussing, and birthday singing.

The trend of robots entering the food and beverage workforce appears inevitable, and many industry leaders acknowledge as much.

In a survey, about two-thirds of operators said use of technology and automation to help with labor shortages will become more common this year, according to the National Restaurant Association's 2022 State of the Industry report. That includes 78 percent of quick-service operators, followed by family dining (67 percent), fast casual (68 percent), casual dining (64 percent), coffee and snack (61 percent), and fine dining (57 percent).

The transition has already taken shape in the quick-service segment with major players like Chipotle, Panera, Jack in the Box, and White Castle all partnering with Miso Robotics to automate back-of-house routines. On The full-service side, Buffalo Wild Wings has deployed Miso’s Flippy Wings, which operates the wing frying process.

Chili’s is cognizant of these trends, and it have been for a while. For the better part of two years, the casual-dining giant—in partnership with Bear Robotics—has tested Rita the Robot to relieve stressors on front-of-house workers.

The innovation has four main functions. One is hosting, in which it can direct customers to their table and pitch them offers, like My Chili’s Rewards, until the server takes over. It also brings plates to guests, busses tables when they’re done, and leads Chili’s birthday songs and delivers a scoop of ice cream to the honoree.

Prior to COVID, Chili’s piloted the machine in one restaurant, and in October 2020, the experiment expanded to 10 stores. During this time, Wade Allen, Brinker International’s SVP of innovation, says the company “hardened the technology” and ensured it was prepared for a typical operational day at Chili’s.

Rita passed enough benchmarks to grow the test to 51 more restaurants across eight states in May. 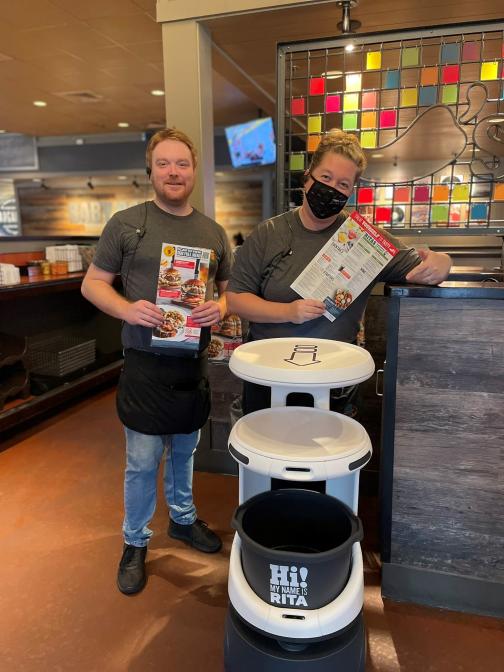 As the Chili’s executive explains, Rita’s assistance is best used during a busy Thursday, Friday, or Saturday night when the rush comes at once. The robot assists the host with seating customers, and when the food arrives into the dining room in waves, Rita takes on some of that volume. When all those tables are left with dirty dishes, the machine is switched to bussing mode and takes plates back to the kitchen.

The addition of more responsibilities is difficult to gauge, Allen says. Right now, the company is more focused on deployment.

“My wish list, I'd love her to have a vacuum connected to her,” the executive says. “But it's not something I control right now. But it is something that we constantly talk about—what could be the future. And we're constantly thinking about new things.”

The biggest learning from the 10-restaurant test is making sure Rita’s interface is simple enough for non-technical individuals to quickly switch its modes, whether that’s from server to host, or birthday singing to bussing. The other issue is working on the robot’s navigation around pulled out chairs or children walking in front of it. In addition, Chili’s and Bear Robotics slightly modified Rita’s tray size so it could carry all the necessary items a team member would hold to a busy six-top table on a Friday night.

Chili’s minimum threshold for acceptance of errors is 99 percent or higher. Allen estimates Rita is currently around 99.6 percent functional, but he says that could quickly switch to 99.3 percent the next day. If there is a problem, it’s usually when the robot is “lost in space” as it moves around the restaurant and must be re-centered by an employee. But again, that happens 1 percent of the time or less.

The company is expanding tests as the industry faces a prolonged labor battle. During March, food services and drinking places employed roughly 11.54 million workers, which is about 750,000 shy of February 2020, reaffirming to many that restaurants’ labor pool may never return to pre-COVID levels. Because of the rising competition for bodies, wage rates have shot up to attract the best workers.

But Allen says Rita’s purpose isn’t to cut down on workforce rosters and save labor costs. Instead, he calls it a “co-automation” experience that improves the workload of existing team members and entertains customers.

Thus far, 77 percent of consumers said their server is spending more time with them because of Rita’s assistance, Allen reports.

“All those metrics come into play to say, hey, they're utilizing the robot in the function they need to, so we're excited about what the guest is saying and what the team member is saying,” Allen says. 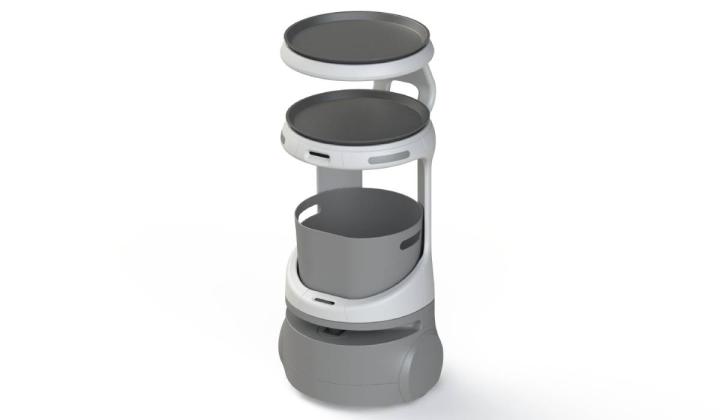 Rita isn’t the only way Chili’s is streamlining front-of-house processes. The company is in the midst of a systemwide rollout for its Team Service Evolution model.

Waiters and waitresses send orders to the kitchen with an iPad Mini instead of running back and forth to a POS station. The system also involves kitchen display screens in the bar and beverage area and a runner position that assists servers on the floor. The enhancement requires less labor, meaning waiters can take bigger sections and higher wages. Hourly workers earned an average of $16.95 in fiscal 2021, including tips, bonuses, and sick pay, but Brinker wants to increase that to an average of $18 by fiscal 2023.

Allen hints that Chili’s is working on more technology for the back of house, as well.

“We're always looking at new tech, whether that's arm technology to help with French fries and chips and those things, or even better cooking equipment that's more efficient, faster, easier to operate, and cooks the food more consistent,” Allen says. “While I'm not quite ready to talk about the specifics of the heart of house, we are actively engaged, working with different companies, to create that improvement. I do foresee that parts of that evolutionary process happening not that far behind the deployment of Rita across the brand.”

Allen isn’t sure when Rita will be ready for a staged, systemwide launch, but he does think it will be within five years. He expects similar initiatives to happen across the entire industry.

The Chili’s executive believes any discussion about robots and automation must start with the mindset that hospitality is driven by humans and connections, and that it cannot be replaced. One must look for the areas where hospitality isn’t necessary, like carrying trays to a table or chopping and flipping ingredients in the kitchen.

“I think, in my humble opinion, there are a lot of opportunities for us to improve the overall experience for our team members to give them a great place to work, to make sure that they're happy and that they are making great money with us, and also protecting the guest experience,” Allen says. “And I think that robots and automation is absolutely the next opportunity for us to embark upon in the casual-dining space."