Despite COVID, the brand went from three to six stores in 2020.

When the COVID-19 pandemic arrived, full-service taco concept Agave & Rye Tequila & Bourbon Hall was still on the cusp of truly understanding its reception from the community.

The chain was founded in February 2018 in Covington, Kentucky. In 2019, the brand went from one store to three. On February 8, 2020, the fourth store debuted. As Agave & Rye approached the crisis, one store was open for two years, while the other three had about 15 months of experience among them.

Co-founder Yavonne Sarber says the team knew it had something magical, but the restaurant didn’t realize the impact of what it was creating until the shutdown. Agave & Rye immediately closed all operations for three weeks, and when it returned for carryout and delivery, the response from customers was more than Sarber could have projected.

“We looked at it more really from the start of the pandemic of what we have to do,” Sarbar says. “‘All right, let’s dig our heels in. Let’s listen to people. Let’s change our packaging. Let's make sure that our guests and our employees know they're safe when they come in through our doors. Let’s determine what kind of food and what beverages they want—not what we want to feed them.’ We changed quite a bit of what we were doing.”

One of the restaurant’s main objectives was to transform those offerings into portable items that could survive a trip home. Sarber says Agave & Rye maniacally focused on properly packaging, sealing, and tagging each product. She estimates delivery grew about 20 percent compared to last year at this time.

“Responsible people are responsible people,” Sarber says. “People that aren't responsible don't need a law to tell them what to do. They're going do what they want, regardless of what the law is. Taking a cocktail home to enjoy at home doesn't mean you're not going to wait till you get home.” 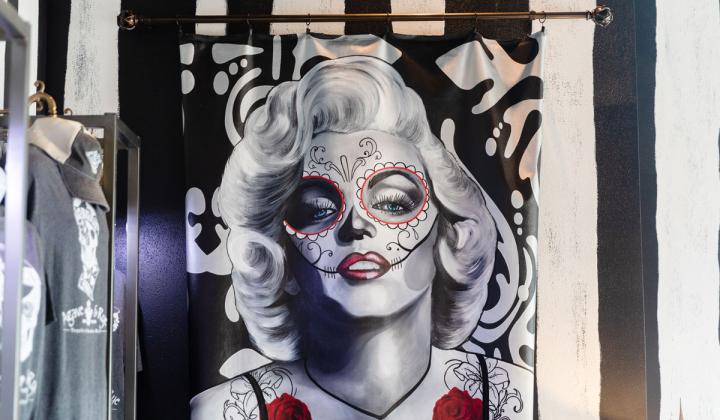 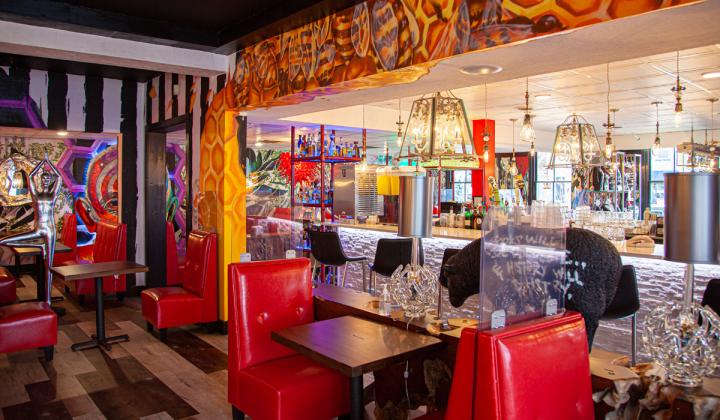 The interior designs of Agave & Rye Tequila & Bourbon Hall are eclectic, and unique to each market.

Now with dine-in available, Sarber says restaurants typically have a waiting list each night as rooms fill to state-mandated capacities. To ensure safety, the brand hired a full-time “sanitation ninja”—a position that will extend beyond the pandemic—that does nothing but clean surfaces from open to close. Agave & Rye also educated staff on how to properly wash hands and implemented a sick policy that requires employees to stay home if they showcase any symptoms, COVID-related or not.

“All kinds of stuff like that just gave us confidence that we knew what we were doing, kept everybody's tummies full of yummy food and drinks, and also safe,” Sarber says.

Agave & Rye entered the pandemic with four stores and ended the year with six. The Rookwood, Ohio, location opened in September while another restaurant debuted in Troy, Ohio, in late November. The opening in Troy was so successful that carryout had to be shut down temporarily because of the influx of orders.

“I think everyone is still very cautious and taking what's going on with the pandemic very seriously,” Sarber says. “On the same note, with taking safety measures in hand, they also really, really need that escape. And Agave & Rye, as grateful as we are, gives them that with not anything that they really experienced before. I think that it's just a refreshing thing for them.”

Three stores are in Kentucky and the other three are in bordering Ohio—two states that have approached dining restrictions quite differently. Kentucky re-closed indoor dining on November 18, a ban that lasted about three and a half weeks. In Ohio, there is no capacity restriction. Instead, restaurants must ensure parties and employees are at least 6 feet apart.

Sarber says there hasn’t been too much of a difference between Kentucky and Ohio locations when dining rooms are available in both states—it’s just that Kentucky has taken a few more hits with the shutdown.

When Kentucky closed dining rooms for the second time, Agave & Rye took a different approach. Those who couldn’t be converted to off-premises or patio drove to Ohio locations to pick up shifts. That includes management, supervisors, bartenders, and servers. In some cases, Ohio employees gave up shifts to assist workers from Kentucky. 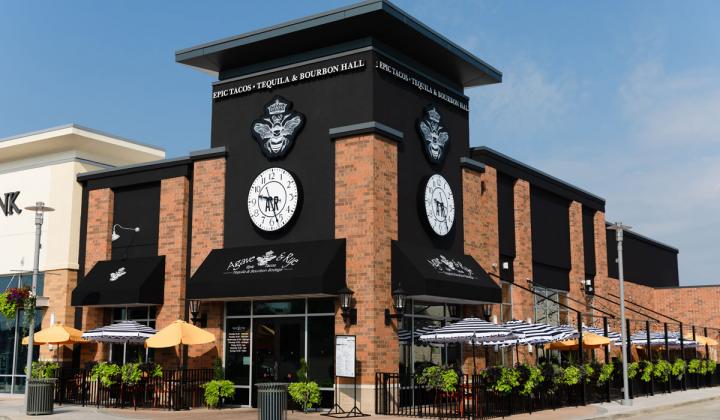 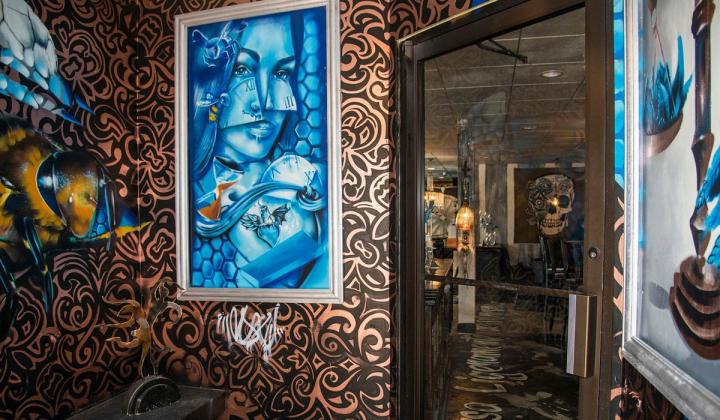 The brand is projecting to double its footprint to 12 stores this year, and double again to 24 in 2022.

No employee was laid off, and that’s only the beginning of how Agave & Rye is building worker retention. On January 1, the company began paying 75 percent of healthcare costs for all salaried managers, and it’s also providing a host of options for hourly employees. The brand also developed internal relief funds to buy Christmas gifts for some employees.

Loyalty in the workplace will become crucial as heightened unemployment benefits loom large. The CARES Act, passed in March, gave unemployed workers a $600 weekly boost on top of state benefits, a provision that kept many foodservice employees from returning to work. The most recent stimulus package is offering $300 per week through March, but Biden’s new $1.9 trillion proposal would bump it up to $400 per week through September. Sarber says another challenge will be attracting talent that has been furloughed and disillusioned by what appears to be an unstable industry.

“That happened in so many different avenues, from hotels to restaurants,” Sarber says. “So you’ve got gifted people that I don't know are going to stay in the industry any longer because it's so unstable. I think a bigger part of our challenge that we're going to see is, are we going to be able to obtain those high level leadership people after what they've had to endure over the past year? So, we're focusing a lot on recruiting right now.”

Sarber expects the Agave & Rye family to get much bigger in 2021. The self-funded brand is projecting to double its footprint to 12 stores this year, and double again to 24 in 2022.

And the beauty of that growth is that each store—and the one after it—is created from a unique mold that fits the community. Louisville features artwork of Muhammad Ali while Troy has Mother Teresa and Gandhi on the wall. Beyonce and Salvador Dalí are in Liberty Township, Ohio, and Dr. Martin Luther King Jr. adorns Rookwood’s wall. The brand’s upcoming New Albany, Indiana, store—set to open in February—will have Steven Tyler and Bob Marley.

Culture is the centerpiece of Agave & Rye, Sarber says. That’s the secret to surviving the pandemic.

“I just feel obviously grateful for the community support and the epic employees that we have, but also very mindful of what the restaurant industry has been going through and will continue to go through,” Sarber says. “We’re in hopes that we can be part of some sort of movement in the future to give a voice to other restaurateurs so that they've got support when something like this happens. So hopefully we'll see some changes happening in 2021 where restaurants will have a little more of a national voice.”