A more traceable end-to-end supply chain can be done, but it will require collaboration, standardization, and technology that works on a global scale.

Each year in the United States, 48 million people become ill as a result of foodborne illnesses, according to the Centers for Disease Control and Prevention (CDC). Food-related infections from bacteria such as listeria, salmonella and E. coli are also on the rise. Because of the current struggle to trace most foods back to their original source, it’s often difficult to locate the source of these outbreaks, resulting in millions of dollars in losses due to massive and widespread recalls.

Another concern, most common within the seafood industry, is food fraud. Between March and August 2018, marine advocacy group Oceana tested popular seafood species not covered by the federal government’s Seafood Import Monitoring Program and found that one in every five of the 449 fish tested were mislabeled, with sea bass and red snapper having the highest rates.

Whether or not a more traceable supply chain would fix these problems entirely, there is a growing demand for more information. “Consumers want to feel confident that they’re protected from a food safety standpoint; they also want to know how their food is grown and how it gets to them,” says Bruce Reinstein, a partner at Kinetic12, a Chicago-based management consulting firm. “Consumers are much more curious than ever before for many reasons.”

It’s no secret that the modern food supply chain is extremely complex, but it’s also becoming considerably more global, says Isaac Olvera, commodities and data analyst for ArrowStream, a foodservice supply chain technology company based in Chicago. “There is a global complexity that is adding to a lot of the angst of the supply chain as a whole,” Olvera says. “Having the ability to ensure food safety and reliability is going to be paramount moving forward.”

And while traceability and transparency are common terms used to describe efforts in supply chain management, truly tracking the world’s food supply from farm to fork comes with its fair share of challenges. 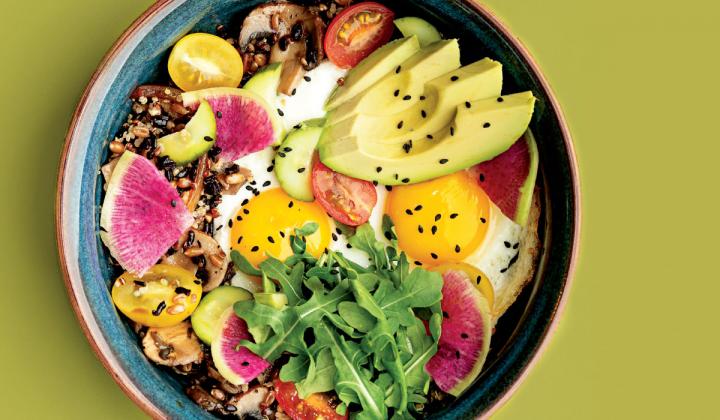 Breaking down the barriers

Most experts agree that standardization is key to accurately tracing the supply chain. Until products can be universally trackable with standardized names, traceability will continue to face challenges. That means independent, competitive suppliers will need to work together for the common good.

“When people collaborate, things usually work out in the end. We have to, as an industry, find solutions for the problem and not hide from it,” Reinstein says. “You have to meet the needs of the present without sacrificing the needs of the future.”

When considering the costs associated with creating more transparency, industry leaders are hoping that those involved will see the bigger picture and how not changing can affect future outcomes.

“It costs more to do things the right way,” says Shane Hammett, chef de cuisine at Lone Eagle Grille in Incline Village, Nevada. “We are constantly educating consumers about why this is.”

Anita Cartagena, executive chef and owner of Protea in Yountville, California, agrees that when you own a small restaurant, being completely organic or sustainable can be challenging due to pricing or lack of availability. But, within her purveyors, she says she’s been able to receive high-quality sustainable ingredients at a price that makes sense for her menu.

Karla Canavan, vice president of commodity trade and finance for the World Wildlife Federation (wwf), sees sustainability and supply chain changes as an economic opportunity for everyone to get ahead of the curve. “The changes are coming sooner rather than later,” Canavan says. Sustainable products, packaging, and local sourcing are all things that restaurants should aim to show to customers, she adds. 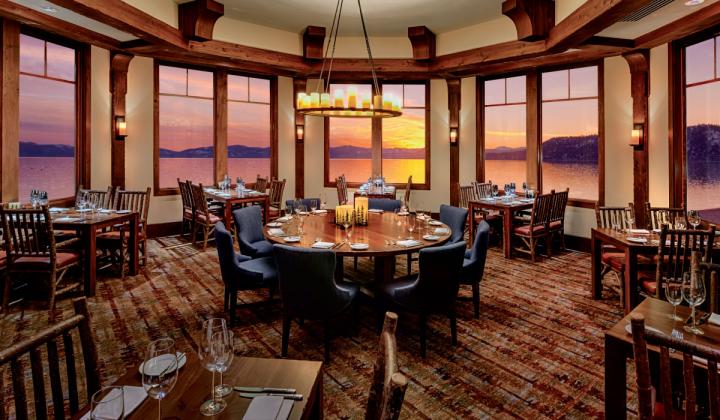 overlooking Lake Tahoe, Lone Eagle has dedicated itself to a transparent supply chain—a practice it shares with guests.

In an industry that operates under tight margins, additional technology in the supply chain needs to make financial sense to earn widespread adoption.

“If technology can be more efficient and help offset some of the increasing costs in labor, energy, and freight, I think you’ll find a willingness for more producers and operators to embrace it,” says Chris Oliviero, general manager at Niman Ranch. “But, if it’s not going to do that, I think there’s enough headwind, in terms of some of those other areas, that there will be a bit of reluctance.” California-founded and now Colorado-based Niman Ranch was a trailblazer in sustainable, humanely raised livestock when it was founded 50 years ago. To this day, its network of farms and ranches serves as a model that others aspire to emulate.

Technologies currently being utilized in whole, or in part, within the supply chain include blockchain, big data, artificial intelligence (AI), RFID, and the industrial internet of things (iiot). These technologies all require additional work from farmers, suppliers, manufacturers, and distributors to build a standardized electronic labeling system that can be tracked along the supply chain.

Meanwhile, chefs are generally happiest with low-tech solutions that allow them to provide sustainable food to their customers. “The ability to pick up the phone and call a producer is really all the tech I need,” Hammett says. “Having a positive working relationship with the farmers and distributors has been one of the keys to our supply chain.”

For the most part, consumers may not see large changes occurring at the chef or operator level, beyond rallying support around a more traceable supply chain. “There’s great pressure put on the seafood industry due to the widespread nature of fraud,” says chef Barton Seaver, chief educator at SeafoodLiteracy.com. He thinks the best application of current supply chain technology moves from the vendor level backward since those purveyors are just as interested as the end operator in selling the truth. “They’ve got just as much on the line,” he adds.

WWF’s Canavan sees innovation across the board, noting that the speed at which it’s happening is impressive. Various stakeholders across the supply chain are able to monitor the progress of a particular product thanks to satellite imagery, drones, and even specialized phone apps.

While some large livestock producers are looking into blockchain, others such as Niman Ranch, which works with a network of small, independent farms, are taking a less complex approach. “What’s really important to us is the transparency angle,” Oliviero says. “Our farmers are compensated, in part, on meat quality, so we need to trace each animal they send through the plant.”

Some farmers may only send Niman Ranch five hogs at a time, making it difficult to track the animals once they commingle with others on the truck, Oliviero says. In fact, he says the greatest challenge is maintaining that connection with the individual hog once it’s broken down into individual products.

Blockchain, a cryptographic technology that uses time stamps and transaction data to link records, could be a game-changer in supply chain management. But first it requires data and buy-in from players across the chain. “That’s where foodservice falls a little bit behind, because not everybody is engaged at this point,” Reinstein says.

Arrowstream’s Olvera favors IIoT since it allows users to put tangible goods on the internet and track them along the supply chain. Through IIoT sensors, operators can track a number of variables, such as temperatures in warehouses and trucks. “We’re seeing more integration of track-and-trace [technology] through IIoT devices, which will probably be the precursor to anything like blockchain,” he says.

Whether suppliers and distributors choose blockchain, IIoT, or another system entirely, Olvera is beginning to see automated processes taking over. Data integrations are occurring in stages and making the process easier for everyone along the supply chain. 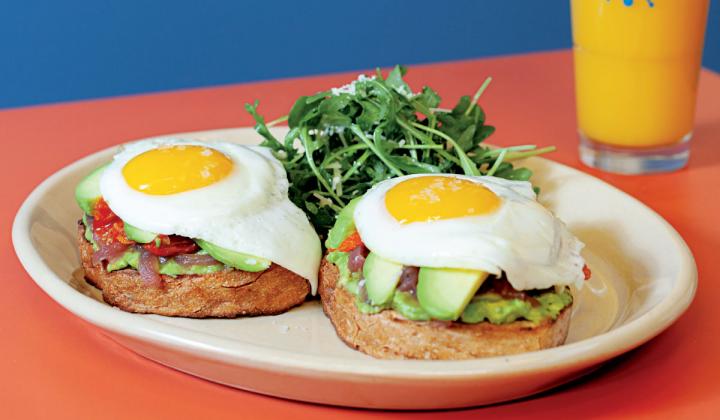 At the restaurant level

Change doesn’t happen in a vacuum, as they say, so support from every level of the supply chain, including operators, will be needed to make traceability work in the long run.

As part of its ongoing commitment to traceability, Fogo de Chão, with 57 locations throughout the U.S., Brazil, Mexico, and the Middle East, has partnered with HerdX, an agri-tech company that develops and manufactures technology to increase transparency in the livestock industry. Its system uses smart tags, blockchain, and data to help farmers and ranchers monitor animal movement, identify health anomalies, and increase operational efficiencies.

Fogo CEO Barry McGowan recognizes that there is still much to do, and it all starts with operator support. “We will progress faster and will develop better processes with the buy-in of many operators,” he says. “We can work together to influence wide change across the restaurant industry for the better.”

Denver-based Snooze, an a.m. Eatery, has a customized sourcing program that upholds the company’s quality standards for food, beverage, textiles, and other miscellaneous items. “Our responsible sourcing and purchasing help support a more responsible food system along the way,” says Cindy Keys, director of purchasing for the 40-unit concept.

Snooze starts by vetting suppliers through an application on its website. From there, the company pulls from an internal database of suppliers that meet their qualifications for sustainability. In addition, Snooze works with companies such as Sysco and Fresh Concepts to ensure it receives traceable information from farmer to distributor.

As more segments of the supply chain link up to track everything from livestock to lettuce, stakeholders—farmers, distributors, vendors, and restaurants—stand to benefit. This increase in transparency will likely snowball, thanks to consumer demand.

“Customers are pushing and wanting a more sustainable supply chain; we see ourselves as helping to push the needle to the other side in helping to make it possible for others to follow in our footsteps,” says Jessica Baum, director of sustainability at Snooze. “It’s only a matter of time before it becomes more readily available and you shift the way that we’re farming to have a more sustainable supply chain available for everybody.”

Consumers may have started the conversation around transparency in the food supply chain, but it will be farmers, suppliers, manufacturers, distributors, operators, and chefs who will ultimately make it a reality.

“Chefs have the power to influence the food chain based on the purchases we make,” Hammett says. “Being transparent with our guests about the products we use holds us accountable to continue to make the right choices.”