Cropsticks are made of bamboo rather than wood.

Unwieldy chopsticks on an international flight led Mylen Yamamoto to create a new version of the ancient utensils.

Fortune favors the prepared. It’s an axiom that rings true for Mylen Yamamoto. The founder of serveware line Cropmade built a product at the intersection of two growing trends—namely, Asian cuisine and sustainability—and had the business acumen to turn it into a success.

As the story goes, Yamamoto was on an international flight in 2015 when her chopsticks kept rolling off the tray table; the incident sparked the idea for Cropmade’s first product, Cropsticks. Made of bamboo rather than wood, Cropsticks feature a concave holder, which, once detached from the chopsticks, serves as a base to keep the utensils from touching the table—or rolling around. 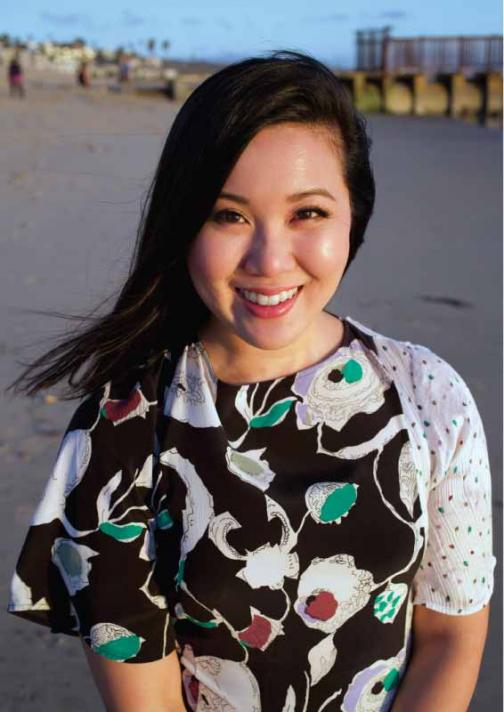 “I’ve always been a fan of the restaurant industry, but prior to that my trajectory had always been to be a professor. So it really wasn’t until that ‘aha’ moment happened that I took that leap and started building a product that the food-and-beverage industry would appreciate,” Yamamoto says.

As a business professor at both California State University and Loyola Marymount University, Yamamoto had a support network of faculty members who understood the finer points of intellectual property rights. So after raising $20,000 through Kickstarter, she immediately began working with an attorney to register the patent. Handling the red tape early on meant she could then focus on building relationships with restaurants.

“When I go into conversations with potential clients, usually the legal side of it is one of the last things we talk about. One of the first things we talk about is how innovative it is. We’ve never seen chopsticks with the built-in rest before. It’s functional, it’s aesthetically nice, and it’s authentic to the Asian dining experience,” Yamamoto says.

Indeed, Cropsticks entered the market at a time when demand for Asian fare was reaching a fever pitch. According to global data firm Euromonitor, sales of Asian fast food grew 135 percent between 1999 and 2015.

Beyond F&B trends, Cropmade also benefited from an uptick in environmental awareness.

“The next thing we talk about [with clients] is the sustainability component,” Yamamoto says, adding that 2019 marked a conversation shift. More restaurants are now reaching out to inquire about both Cropsticks and the new Bamboo Straw. In fact, the latter product is a sustainable offshoot of the original. Bamboo sawdust was a byproduct of manufacturing the chopsticks, so the company repurposed those particles into straws.

Practices like this led Yamamoto to apply for B Corporation certification, which the company received last summer. Businesses that earn this distinction balance profit with purpose—both societal and environmental.

Another feather in the fledgling brand’s cap? Yamamoto and her husband and cofounder Ron Tansingco brought Cropsticks to “Shark Tank” in spring 2017. Although the pitch didn’t land a deal, it did draw attention to the company and product. It also taught Yamamoto the importance of making connections and spreading the word.

“Talking about your idea, even when it’s in its infancy, takes you to places you never expect,’” she says. “I think that’s a big lesson for entrepreneurs who are starting out. If they have an idea, share it with people; don’t hold it close to yourself. Let it out into the wild, whether it’s Kickstarter or ‘Shark Tank,’ because you never know who’s listening.”