This Unexpected Ingredient Can Transform Your Grilling

August 1, 2017
Though often found in desserts, this fruit can add flavorful dimension to savory dishes.

When one thinks of grilling, blueberries probably aren’t the first item that comes to mind. Most people associate the sweet, tangy fruit with desserts, but chefs can actually use blueberries to add new flavorful dimensions to their grilling, serving as a powerful differentiator. 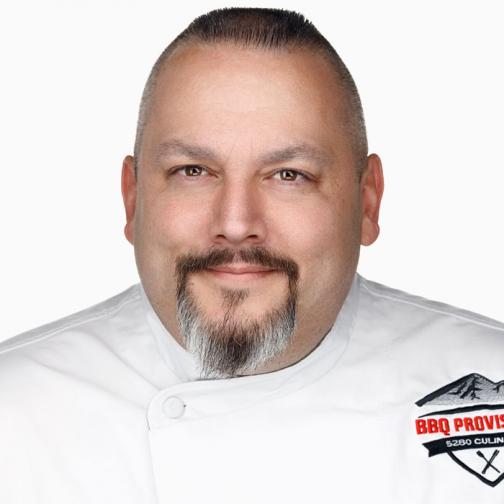 Jason Morse is the owner and executive chef of 5280 Culinary LLC, a consulting firm based in Littleton, Colorado. Morse has more than 20 years of experience as a chef and studied culinary arts at Johnson and Wales University.

Chef Jason Morse, executive chef and owner of 5280 Culinary LLC and Ace Hardware grilling expert, is a self-proclaimed blueberry enthusiast who has partnered with the U.S. Highbush Blueberry Council. Recently, he developed unique savory applications for the berry, like Blueberry Root Beer Brine and Blueberry Jerk Barbecue Sauce. Here, he explains why blueberries can be the perfect addition to the grill.

1. What makes blueberries a good addition to menus during the grilling season?

Blueberries have great flavor, great color, and great texture. For example, in the Blueberry Root Beer Brine we did, the blueberries add to the complexity and round out the flavor profile in the dish. Whether we’re using fresh, frozen, or even dried, I’m finding we’re using them more just because the flavor is fantastic.

2. Why did you decide to create a blueberry brine?

It’s not often you brine red meat, so we wanted to come up with a brine that enhanced the red hues. Surprisingly, it didn’t leech any color out—it remained a beautiful dark, deep color. The blueberries fit in really well because they added flavor, color, and were a surprising element that people didn’t expect. As a finishing sauce, I cooked the brine down to make a glaze, it’s a nice way to bring the dish full-circle and make sure every bite is packed with flavor.

3. How does the sweet, tangy taste of blueberries pair with the flavors of marinades and rubs?

Blueberries are a great complement rubs, marinades, and brines. Sometimes people pick a marinade heavy in acid and vinegar, which can be overpowering to a blueberry. You almost have to reverse engineer [the dish] and figure out the flavors you are trying to pull out of the blueberry and what you are trying to add to it. It’s not about having one flavor being predominant over another -it’s about complementing the entire dish. The root beer has sarsaparilla in it vanilla and hints of cinnamon, so I added a little brown sugar and sautéed blueberries to caramelize it. I looked at what flavors were in what we were making and from there, crafted the flavors that I wanted in the final creation.

4. What is your favorite protein to pair with blueberries?

The age-old question, like who is your favorite child? Initially I thought blueberries and chicken wouldn’t work, but they are fantastic together. Blueberries and pork are wonderful together as well. I would say beef and lamb would be my favorite proteins to pair with blueberries because they have a lot of iron, minerals, and a pretty strong flavor, especially when it comes to beef. That’s why people prefer beef—they like the robust, hearty flavor. With lamb, you have a sweet meat with a hint of the outdoors. The blueberry really rounds out any kind of wild outdoor flavor, like in lamb. It brings the lamb back to center and it helps it stand out.

5. Do you find that the smokiness from grilling, roasting, and barbecuing complements blueberries?

Absolutely, it adds a different dimension to blueberries. I’ve taken sun-dried blueberries and hit them with a brûlée torch to caramelize them, bring the sugar out and add smokiness. I’ve smoked dried berries on our smokers to add a really nice depth of flavor. I’ve also dried fresh berries on our smoker, which reduces some of the tartness, concentrates the sugars and adds a layer of smoke and complexity.

6. Do you think restaurant leaders have misconceptions about the use of blueberries in grilling?

The most common misconception is that blueberries can’t be used in a savory dish. Everybody thinks they have to make a blueberry cheesecake, a tart, a crostata, or something in the dessert realm. Though, I’ve done stir-fried rice dishes with barbecue pork and finished with sautéed blueberries. You can do a forest mushroom pizza with smoked provolone, garlic, thyme, and finish with some smoked blueberries. Once people try it, they are going to see that the default of it only enjoying blueberries in a sweet dish has to go away.

7. What advice do you have for adding blueberries to grilled menu items?

Mess around and have fun. Everyone may be apprehensive, but get out there and try it. The only way we can continue to grow is by trying something different, like barbecue sauces, chutneys and pizzas.