Blueberry beverages can be a strong differentiator that can drive guest traffic.

Elevate Your Beverage Program With This One Twist

It’s no secret that beverages are powerful tools for restaurants. Not only do they offer high profit margins, but strong, unique beverage menus also drive traffic. According to Mintel’s research, 45 percent of the time consumers actually choose which restaurants to frequent based on beverage offerings. This means that offering unique, trendy beverages isn’t just a plus for a restaurant; it’s a must.

The cocktail and mocktail market is ripe for exploration, but choosing the right beverages to explore can be challenging, especially when each requires unique ingredients. But finding a single, popular ingredient that can help brands create unique, appealing drinks can make beverage programs more profitable and efficient. 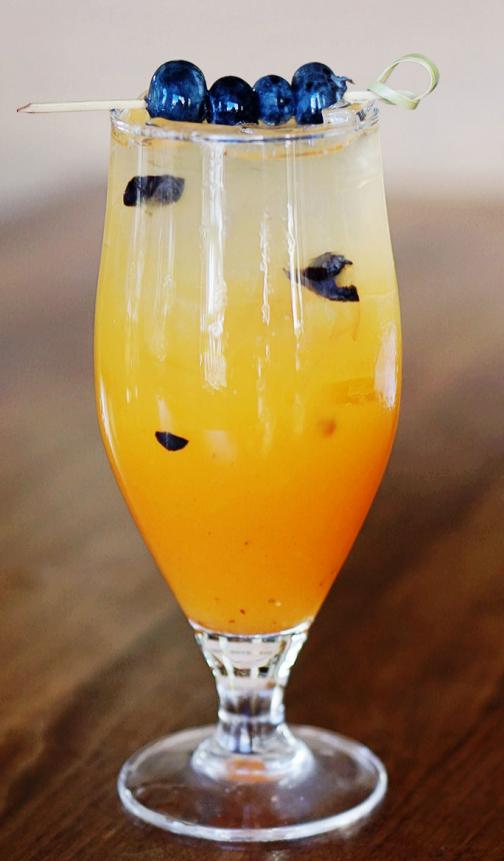 That’s where blueberries come in. Not only do they generate strong consumer interest, but the tiny blue fruit can also liven up any beverage program, from smoothies and juices to mocktails and cocktails.

In some scenarios, blueberry beverages are the ones becoming top sellers. Take Tommy Bahama’s Blue My Mind cocktail featuring muddled blueberries, for example. Though it started as a seasonal beverage, this cocktail was quickly added to the core menu and remains a popular selection year-round due to its customer demand.

Robert Aspaas, a restaurant regional manager and beverage director for the chain, attributes this success to the vibrant flavors achieved by pairing sweet, tangy blueberries with citrus.

“Blueberries are vibrant and fresh, and even though we have a diverse menu, we try to use tropical flavors,” he says. “We blended passion fruit juice with scratch-made lemonade, then added simple syrup and soda for effervescence. It’s been on our core menu for four years, and continues to sell well.”

“People are incorporating things they eat in cocktails,” Aspaas says. “You can find blueberry smashes and mojitos, so we wanted to use blueberries for something different, while keeping that specific mouthfeel, along with the acidity of the fruit.”

Yet it isn’t just the alcoholic side of the beverage menu that benefits from the inclusion of blueberries. Mocktails, or mixed drinks made without alcohol, can also be elevated with blueberries. 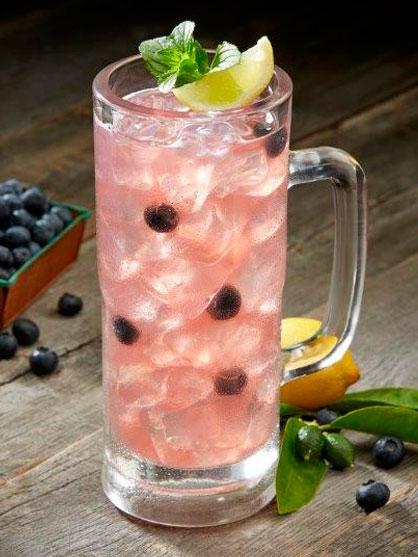 Though blueberries and lemonade are often seen on menus during warmer months, Sizzler introduced its Blueberry Lemonade this month to the delight of consumers.

“We were looking to replace cherry limeade, which was not selling very well, so we considered the flavors that were trending now,” says Tamara Scroggins, director of food culture at Sizzler. “Blueberries have a good appeal because people know a lot about the health benefits; they have a good, light flavor that is not polarizing; and they are fun because they are little tiny berries with bold color.”

Since lemonades are already trendy beverages, pairing with blueberries offers strong consumer appeal. According to menu research by Datassential, as lemonade’s popularity grows, so do fruity lemonade flavors. Among those, blueberry is leading the pack with 106 percent growth in menu mentions from 2012 to 2016.

While blueberries and lemonade may be typically associated with summer months, Sizzler is showcasing the year-round availability and versatility of blueberries on menus by releasing their new beverage this month. Scroggins says that the Blueberry Lemonade has been well-received by guests in tests and the misconception of seasonality is not a barrier; in fact, it may be a benefit.

“Having blueberries available in the off-season makes it seem like a premium product and makes people think ‘Wow, I can get blueberries in October,’” Scroggins says. “Guests have told us that they like the light flavor of the drink and the pop of the blueberry when they eat the fruit in the glass.”

One additional benefit blueberries bring to beverages is strong visual appeal.  Scroggins says the berry’s unexpected, bright color has been a draw for consumers.

“We’re used to reds for mocktails because lots of berries are red, so when you get a different color, such as a bright purple hue, people gravitate toward it,” she says.

The possibilities for blueberries in the beverage space are nearly endless. With such strong popularity among consumers, along with health benefits and versatility, blueberries can be an excellent tool for elevating cocktails and mocktails and capturing a brand’s identity in their beverage program.

“Blueberries are a component that you just need to embrace,” Aspaas says. “It’s one of those ingredients that is fun to play with. It took Tommy Bahamas to a tropical cocktail, even if consumers don’t generally feel like blueberries are tropical—the flavors worked. Blueberries also have unexpected compatibility with fresh herbs in savory cocktails. We’ve even done a blueberry whiskey smash with basil, which is a great partner for blueberries. Be a bit of a mad scientist and see where blueberries will take you.”

All Eyes on First Watch: Why the Breakfast Leader is Just Getting Started
Huddle House Signs Four-Unit Deal for Tennessee and North Carolina
Snooze an A.M. Eatery to Open New Location in College Station, Texas