Why Bread Will Never Go Out of Style for Restaurants 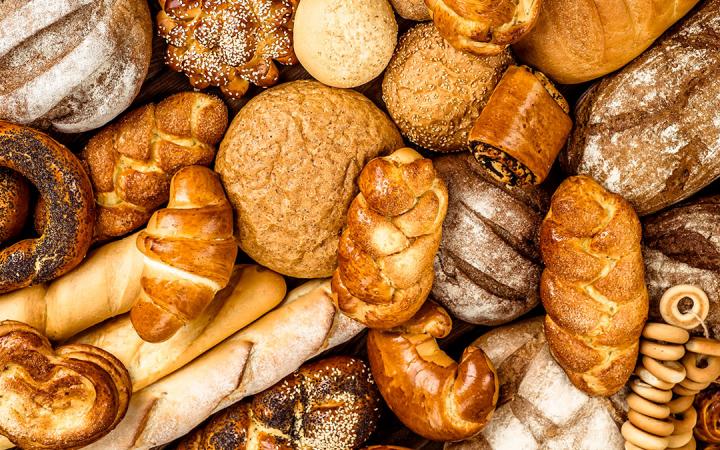 A Tradition for the Ages

Though it’s not a raw ingredient, bread has been ingrained in cuisines across the world for millennia. It’s also steeped in tradition and even the lexicon, from “breaking bread” to “earning your daily bread.” The earliest breads used a basic mixture of ground grains or seeds along with water, sugar, and eventually yeast. Though the basic formula has remained largely unchanged, bread now boasts thousands of varieties, from baguettes and bagels to soda breads and naan.

About a decade ago, concerns around gluten and a backlash against processed food dinged bread’s reputation. And while some specialty diets, like paleo and keto, eschew the typical grain-based breads, alternatives have emerged, with ingredients like nuts, cauliflower, coconut flour, and tapioca.

On a restaurant menu, bread can be found in just about every course, with a complimentary bread basket at the start of the meal to desserts like bread pudding at the finish. Bread also remains the original and arguably most popular carrier, serving as the base for infinite varieties of sandwiches, toasts, tapenades, jams, dips, and more.

Given bread’s long history and versatility, operators may overlook it as an opportunity for innovation, but with novelty-loving consumers—not to mention a COVID-era rise in at-home baking—restaurants can still bake in more pizazz. 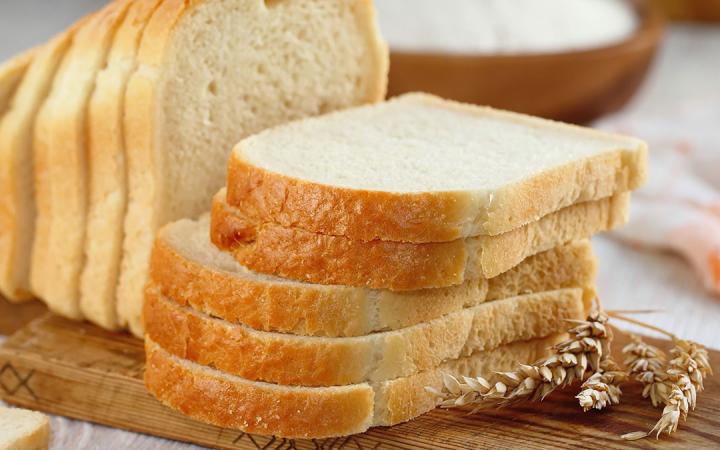 The Best Thing Since…

Sliced bread wasn’t a true commodity until the advent of automatic bread-slicing machines in 1928. Within just five years, 80 percent of bread sold in the U.S. was pre-sliced. Today the market has a mix of whole and pre-sliced loaves. For operators, the choice often comes down to sourcing options and how bread-centric their menus are. (Federation of Bakers) 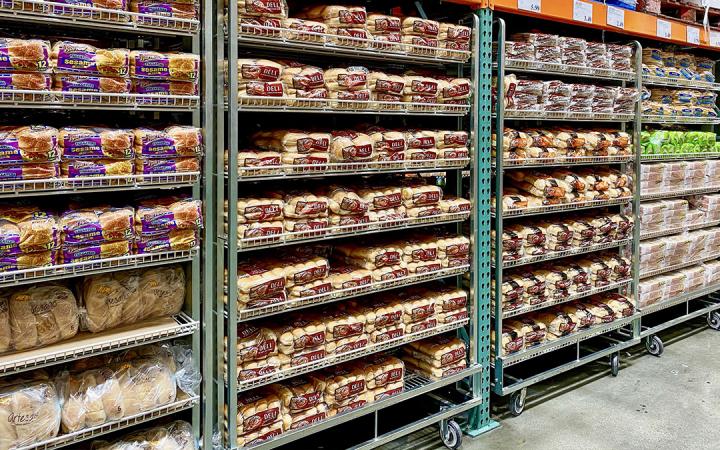 Though the surge in at-home baking was anecdotally blamed for the flour shortage last year, larger supply chain issues were mostly to blame. Bottlenecks increased the average cost of white pan bread. In January it hit $1.55 per pound, almost 20 cents higher than the March 2020 cost and the highest level in a 20-year period. (U.S. Bureau of Labor Statistics) 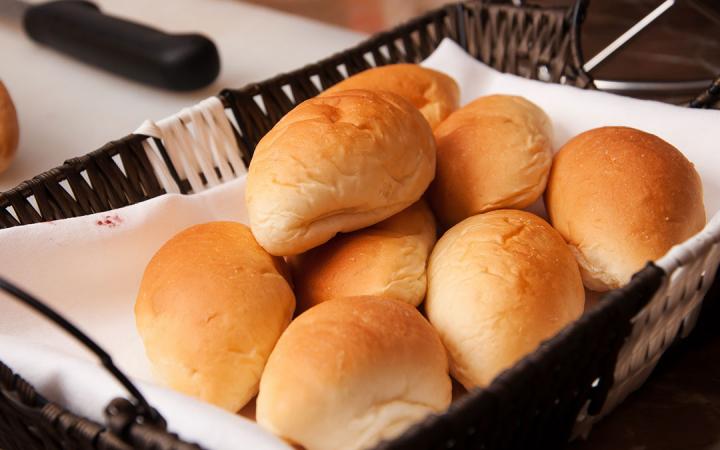 Quick service may account for a greater portion of sandwich sales than full service, but bread baskets remain squarely in the realm of sit-down dining. In fact, complimentary bread is a service that crops up across the sector; major chains are just as likely to serve a bread basket as fine-dining independents. Plus, a number of signature breads from casual-dining brands have earned their own loyal fans. (Spoon University)

Even though breads can be made of any number of grains, seeds, and other ingredients, when it comes to per capita consumption, the traditional varieties remain the most popular among Americans. The top four have remained consistent over the past decade but others like sourdough, raisin, and cinnamon breads have moved up and down over the years. (Statista)

Most Consumed Varieties in 2020: 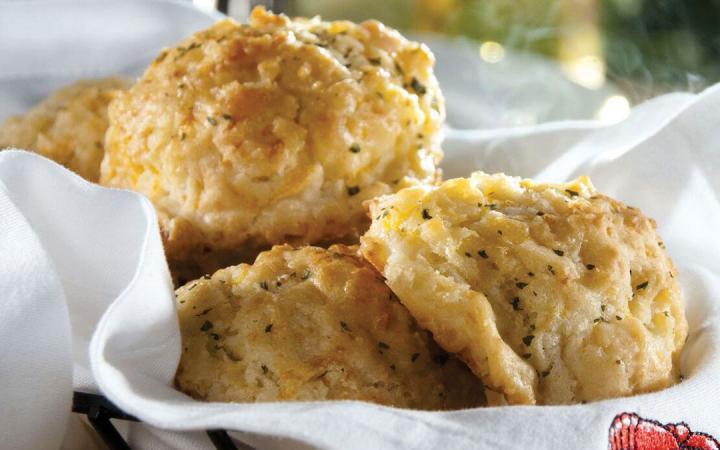 The seafood chain’s complimentary table biscuits are a guest favorite turned cult classic. Featuring cheddar cheese and a garlic-herb blend, the Cheddar Bay Biscuits were so popular that Red Lobster began selling its own biscuit mix. Mindful of dietary concerns, the company has also created a gluten-free version. 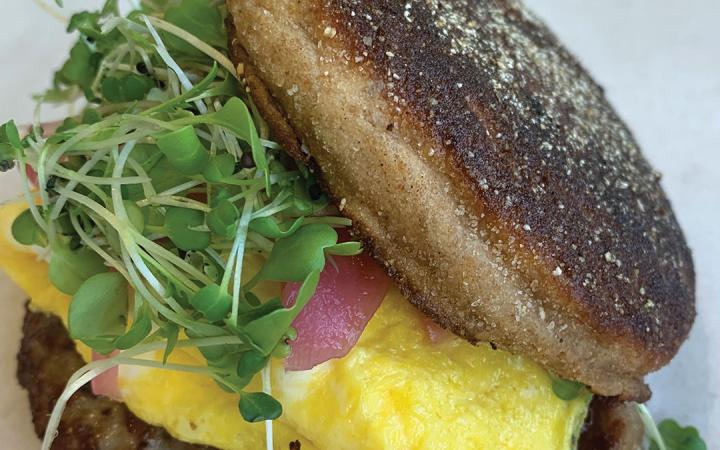 Before Songbird moved into a brick-and-mortar space, its sandwiches had already amassed a strong following at the local farmers market, thanks to fresh ingredients, including house-made breads. The English muffin features sprouted grains and can be served solo or as a carrier for breakfast sandwiches. 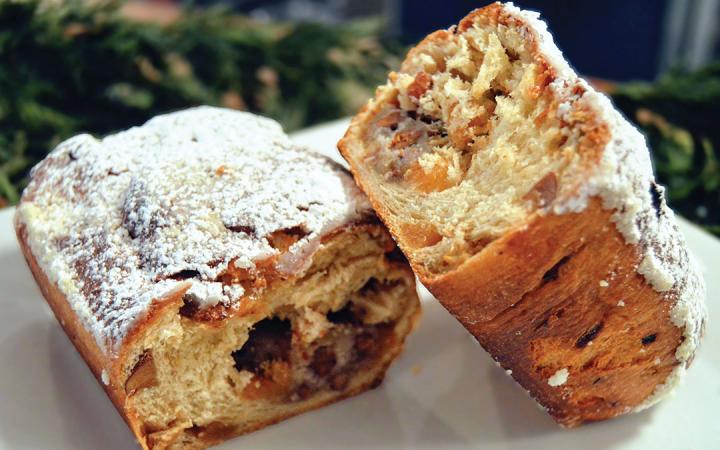 Although Pivot Coffee & Soupery specializes in its namesake items, specialty breads are a menu mainstay. And as the holiday season approaches, loaves of stollen are bound to make a regular appearance. The homemade German Christmas bread features dried fruit and almonds.