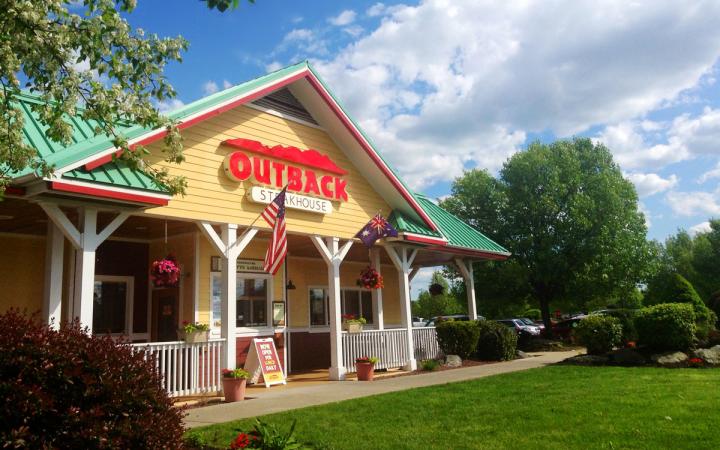 Wars of the Roses

Simpli.fi geo-fenced a variety of restaurants during dinner hours on Valentine’s Day and the Wednesday before (February 7) to uncover differences in foot traffic. Variables included style of food, price point, and chain versus independents.

Find out which restaurants had the highest lift in foot traffic. What were the differences by market. Was there a willingness to splurge on Valentine’s Day versus the week before, and was there local restaurant support versus chain support.

Specifically, the company analyzed foot traffic data in New York City, Dallas, and San Diego. In each of the three cities, it looked at three chain restaurants that represented a moderately priced option: Outback Steakhouse, P.F. Chang’s, and Olive Garden.

Additionally, for all three cities, the company leveraged Yelp to identify local favorites for more expensive options—restaurants that couples might splurge on for a special occasion. It geo-fenced local steakhouses, local Italian restaurants, and local Asian restaurants that represented a higher price point.

Here were the results: 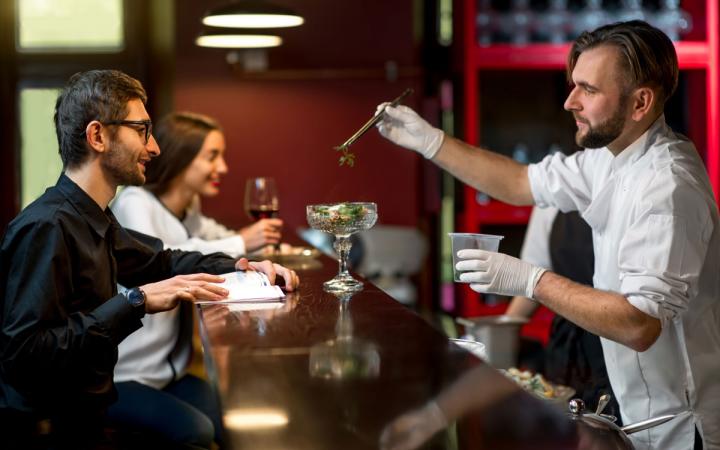 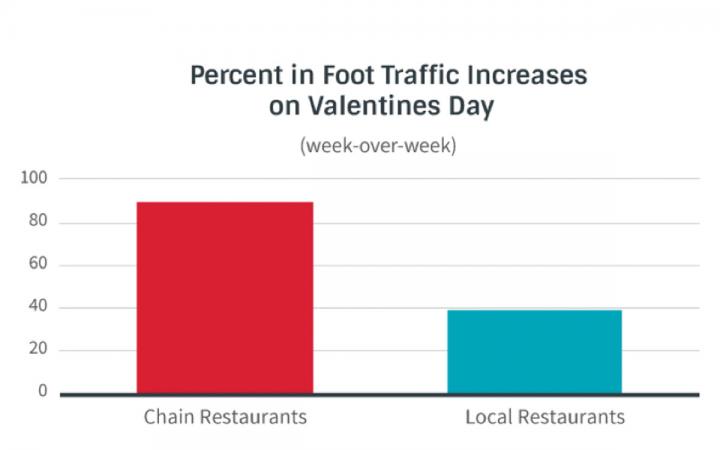 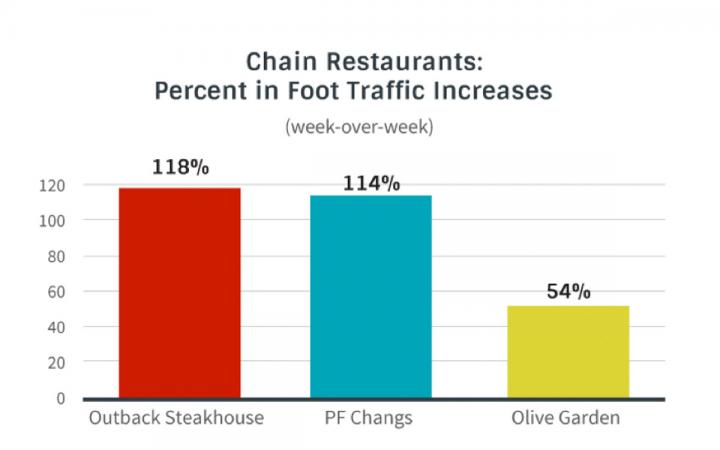 Who won?
The most popular chain restaurant analyzed was Outback Steakhouse and in close second, P.F. Chang’s. Both saw the highest foot traffic increases week-over-week—Outback: 118 percent and P.F. Chang’s 114 percent. Olive Garden came in third with an average of 51 percent increase across the three markets.
5 of 9
Simpli.fi 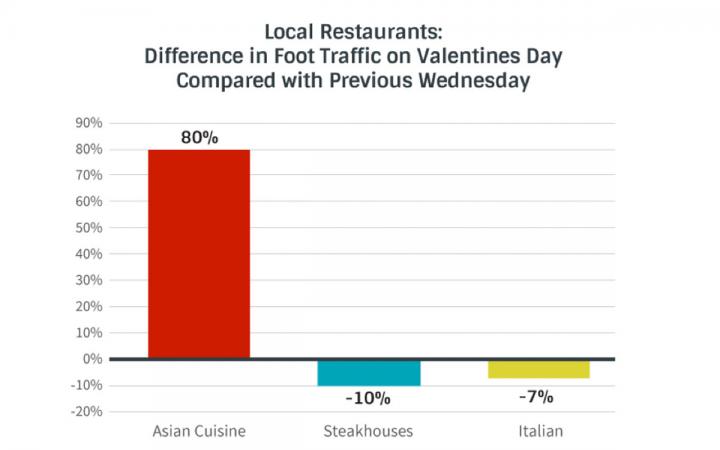 The local impact
Specific to local businesses, Asian style cuisine was a favorite among all cities—seeing an increase in 80 percent average foot traffic across all three cities. San Diego couples had a taste for Asian cuisine, where local favorites saw an increase foot traffic of 78 percent. Local steakhouses averaged a 10 percent decrease in foot traffic except for one notable exception: Pappas Steakhouse in Dallas (where dishes start at $50) experienced a 350 percent increase in foot traffic. Local Italian restaurants averaged a 7 percent decrease except for Old Trieste in San Diego which scored big with an 84 percent increase.
6 of 9
Thinkstock 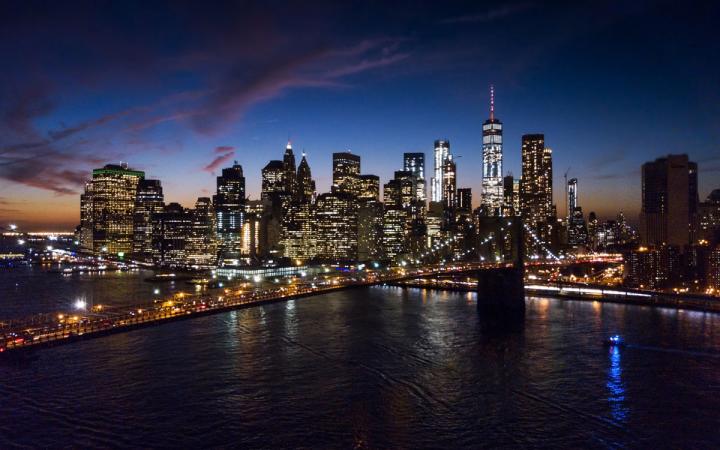 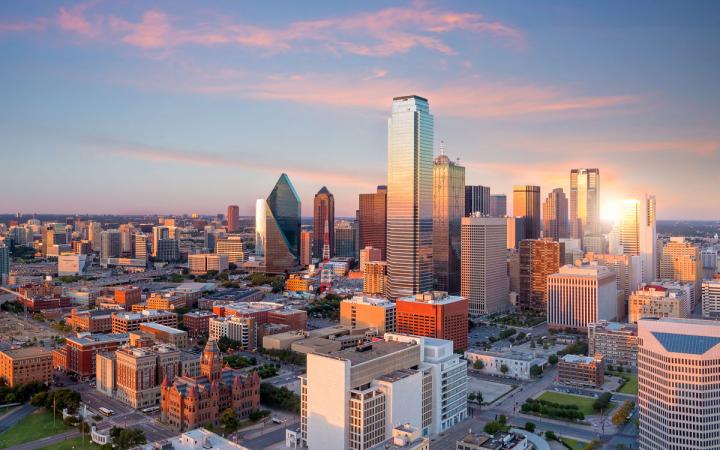 Chains in Dallas increased on average 36 percent with one P.F. Chang’s location in Arlington, Texas, (a suburb of Dallas) increasing the most, at 106 percent.

Local spots in Dallas did increase on average by 53 percent, however this was largely due to a 350 percent increase at Pappas Bro Steakhouse, which offset other local favorites like Sprezza, Uchi and Nick & Sams decreased on average, 20 percent. 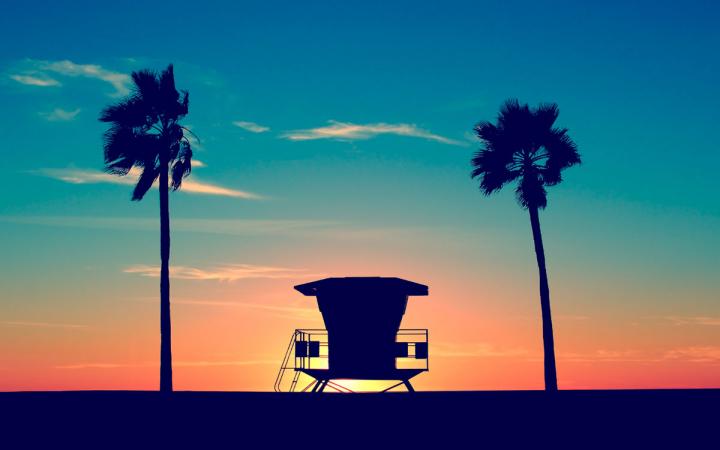 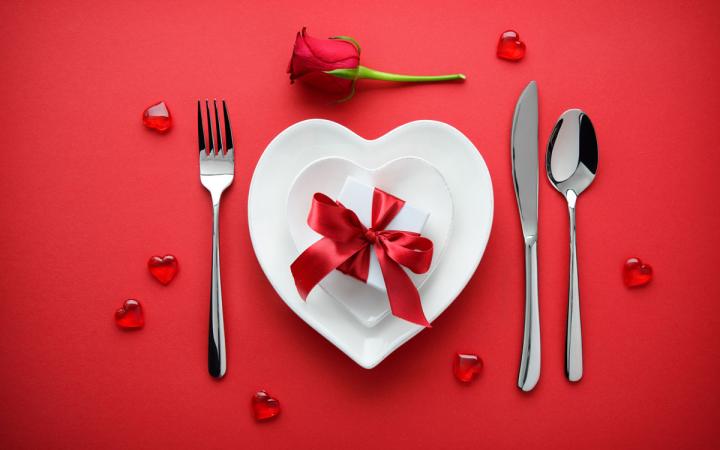 What does this mean?
Local nuances are the norm. Foot traffic behavior changes based on city, day of the week and is impacted by holidays. Advertisers need a digital strategy that utilizes geo-location and other targeting tactics to create dynamic audiences and optimize campaigns, messaging and creative on the local level.