Where to Find the Best Deals on National Chicken Wing Day 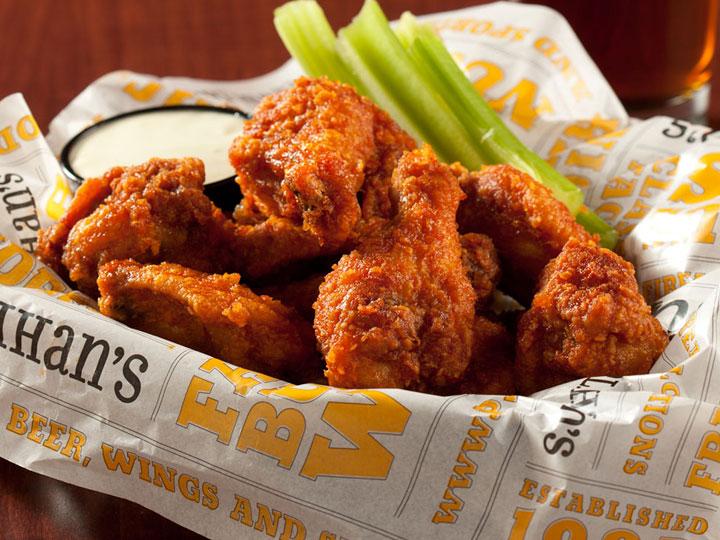 Here are some interesting (scary?) statistics. Roughly 28 billion wings are devoured by Americans each year. That’s a statistic going back a few years in research from the National Chicken Council, but has it really changed all that much? Probably not. The Council’s latest annual report showed that an estimated 1.33 billion wings were eaten during Super Bowl LI weekend, up 2 percent, or 30 million wings, from the previous year. It’s also a 6.5 percent increase, or 80 million wings, from 2015.

That’s enough wings to circle the earth almost three times. And at a clip of two wings per minute, it would take somebody 1,265 years, 80 days, seven hours, and 12 minutes to eat 1.33 billion chicken wings.

At 14-unit P.J. Whelihan’s, the brand says it sold 10 million wings in 2016. For the Super Bowl: 122,660. It also sells 10,546 pounds of wings every Tuesday during P.J. Whelihan’s half-price wing night deal. On July 29 for National Chicken Wing Day, P.J. Whelihan’s is offering guests endless wings for $15.99. This all-you-can-eat offer is valid in store only and excludes takeout. If you wanted to make a dent in these impressive metrics, now is your chance. 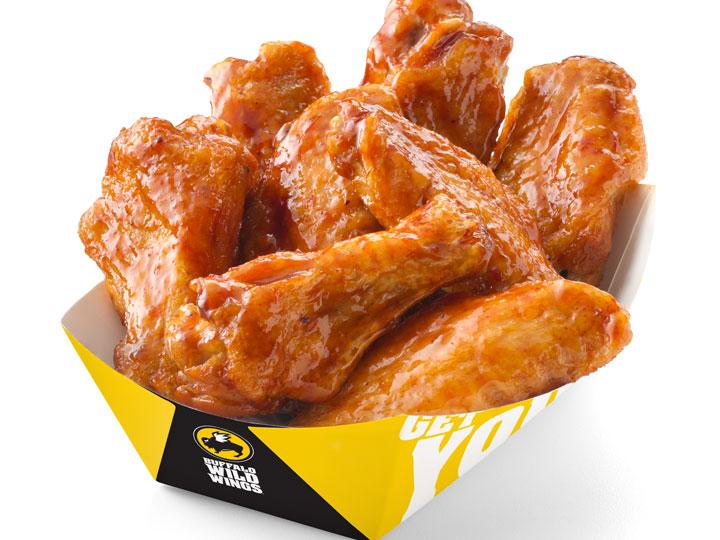 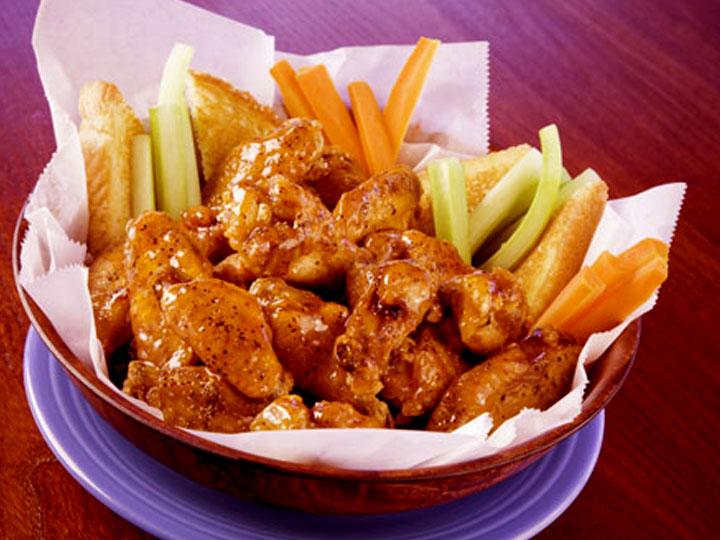 Did you know 2017 marks the 40th anniversary of National Chicken Wing Day? The tradition started in Buffalo, New York, in 1977 as a day to honor the brilliant pairing of hot sauce and butter. East Coast Wings + Grill is celebrating with a voucher of five free wings, given to any guest who orders wings on July 29.

“Chicken wing day allows us, loyal and new guests to come together and celebrate one of America’s favorite cuisines,” says Sam Ballas, CEO of East Coast Wings + Grill. “This classic dish is truly the backbone of our brand, and we are honored to continue serving families after so many years.” 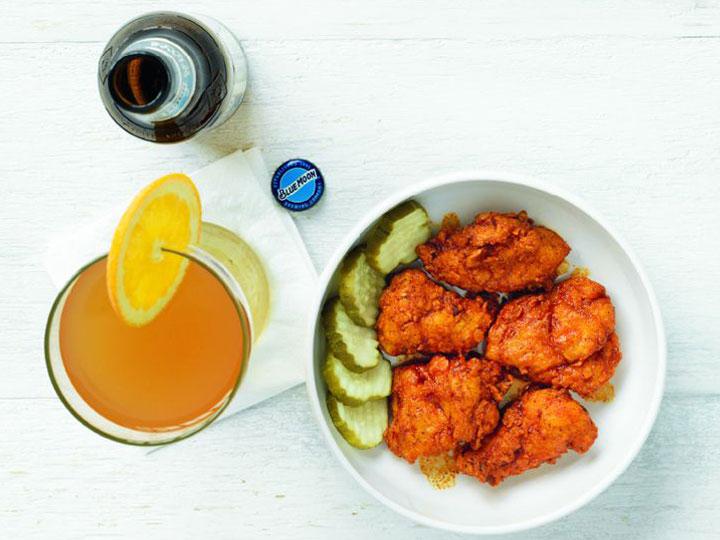 Forget a day. Buffalo Wings & Rings is dedicating the entire month of August to one of its namesake dishes. Starting July 29 and running through August 31 at all U.S. locations, the 70-unit brand is bringing back its popular Nashville Hot flavor, as well as hosting in-store events, discounts, and promotions.

In partnership with Miller Coors, guests who purchase two Blue Moon beers and two entrée items and text an image of the receipt receive a BOGO movie ticket voucher. Some locations will also offer discounted wings with a donation to the Buffalove Foundation.

“We are committed to providing our guests with top-notch service and chef-inspired dining options consistently throughout the year, and National Wing Day is no exception,” says Nader Masadeh, president and CEO of Buffalo Wings & Rings. “Our guests love the variety of our 13 flavors, and we reward their loyalty periodically throughout the year by introducing new and limited-time menu items to continue elevating our club-level experience and keep them hungry for more.” Buffalo Wings & Rings is another company selling eye-popping amounts of wings. The company says it serves 2.5 million pounds of wings and 28 million boneless wings per year. 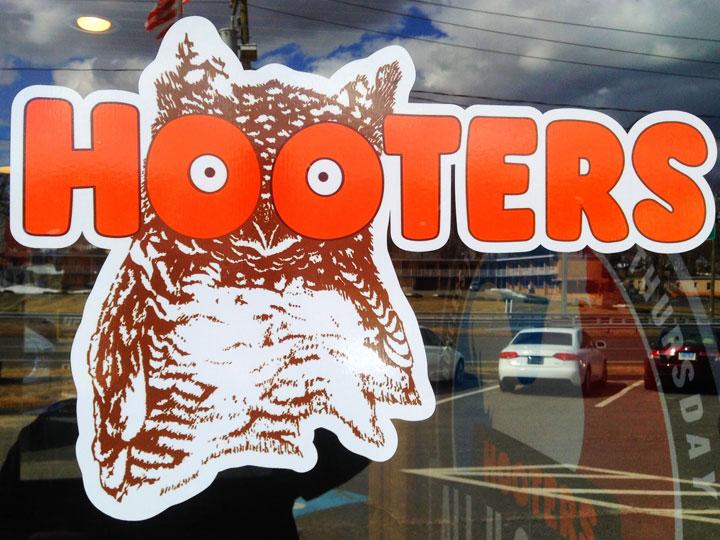 Hooters
You don’t need a coupon to capitalize on Hooters' BOGO deal. If you’re a voracious wing eater, this is the place to go. Participating restaurants are giving away 10 of the brand’s new smoked wings when you order 10. This is also applicable for traditional or boneless wings. The hickory-smoked wings come in Texas BBQ, Garlic Habanero, or Caribbean Jerk varieties. You can RSVP on Facebook, too, if you like.
6 of 8
Quaker Steak & Lube 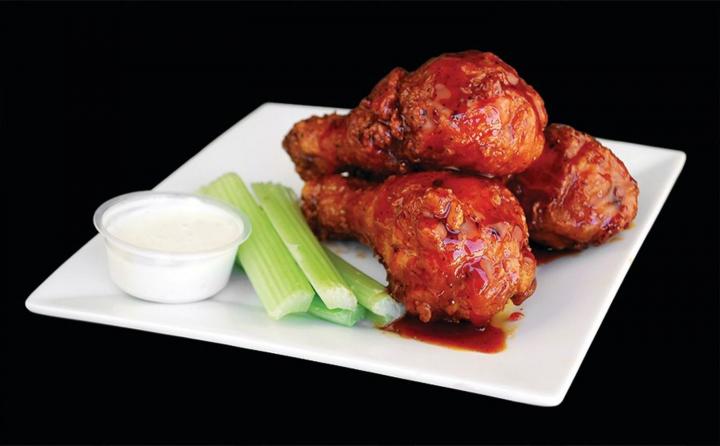 Quaker Steak & Lube is picking National Chicken Wing Day to launch its Bangin’ Drums! Yes, that exclamation point is part of the menu item’s name. It’s most likely because the wing is three times bigger than the chain’s Jumbo Wings. Available through September 30, the new wings run $7.49 and can be flavored by any of the brand’s 20 familiar sauces. Select locations will start serving them on National Wing Day with the entire system rolling out the product by August 14.

“We’re going big. Our new Bangin’ Drums! are enormous—by far the best thing wing fans are going to find on National Chicken Wing Day,” says Andi Rice, marketing director of restaurants for TA Restaurant Group. “No other wing out there even comes close.” Additionally, from July 29—September 30, locations nationwide will donate 50 cents for every order sold—or at least $10,000—to Todd Rundgren’s Spirit of Harmony Foundation. 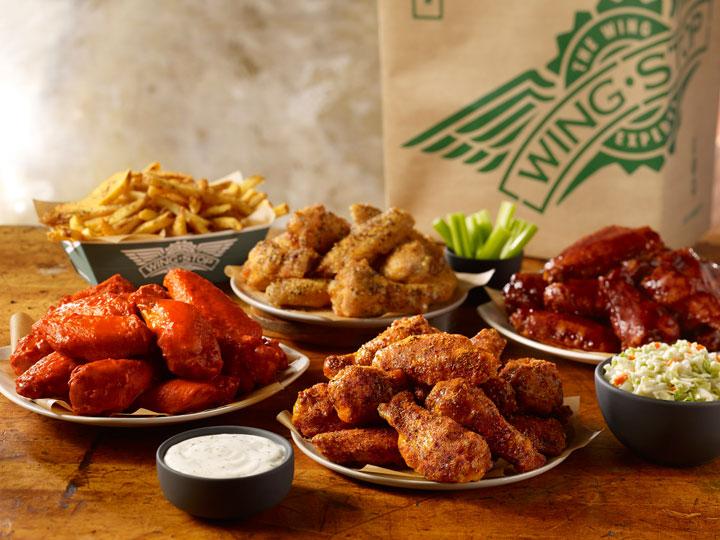 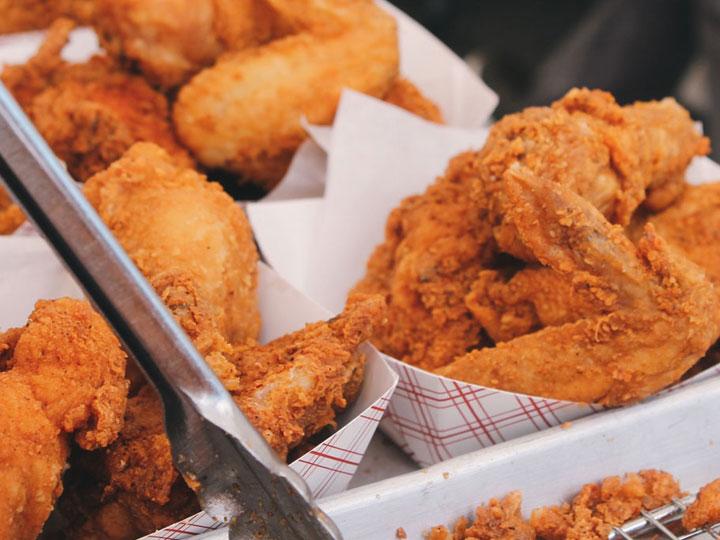 St. Louis Bar & Grill
We head to Canada for this deal, which might be worth the trip when you see what the restaurant is offering. So far, close to 4,000 people have entered to win free wings for a year. There are still six days left in case you had any plans of travelling North. The 15-year-old brand has more than 50 locations across Ontario with three stores in the East Coast of Canada.