What the Best Restaurants Have Planned for the Holidays 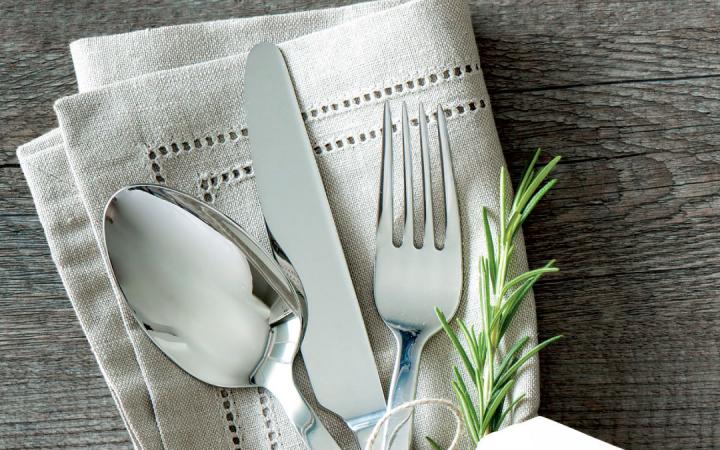 ’Tis the season to Get Ready
Time to kick into high gear and start seriously planning for the holidays. To some extent, tradition always resonates, but creative add-ons can introduce new sparkle. Restaurants from the Big Apple to Iowa to Florida share what they’re doing beyond the usual turkey dinner and hot, cinnamony cocktails.
2 of 8
Greg Powers 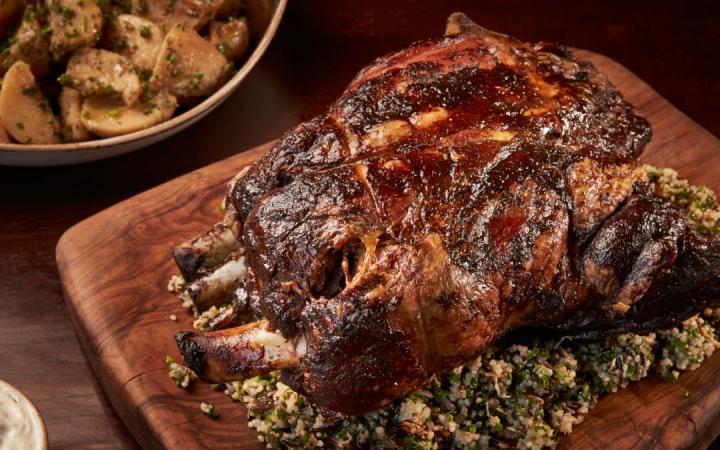 Meats—roasted or rotisserie—including whole animals such as chickens and turkeys plus lamb shoulder and pork shoulder, are on the menu, as well as sides with a Greek flair and desserts such as Apple and Pear Pie and Sweet Potato Cheesecake. The restaurants also offer traditional Greek spreads like taramasolata and tyrokaftari. “We started this because we’re always thinking about how to generate revenue and offer something no one else offers,” says Isabella.

Between the two restaurants, there are around 140 holiday orders, for, on average, eight people. A typical order includes meat with eight to 10 sides.

The great benefit of these meals is that they’re earning the restaurants money while employees are home for the holidays. “We open the restaurants for pickup, then our staff go home,” Isabella says. And the profit margins are good, too, he explains, “since you save money by not seating in the restaurant.”

The tricky part is when to cook the catered meals: The restaurants start a day out and run the spits and cook the sides before service, then again after service. The Kapnos restaurants start advertising the catered meals after Halloween. They contact guests who’ve ordered catered holiday meals in the past, then send out press releases, email blasts, and social media posts. 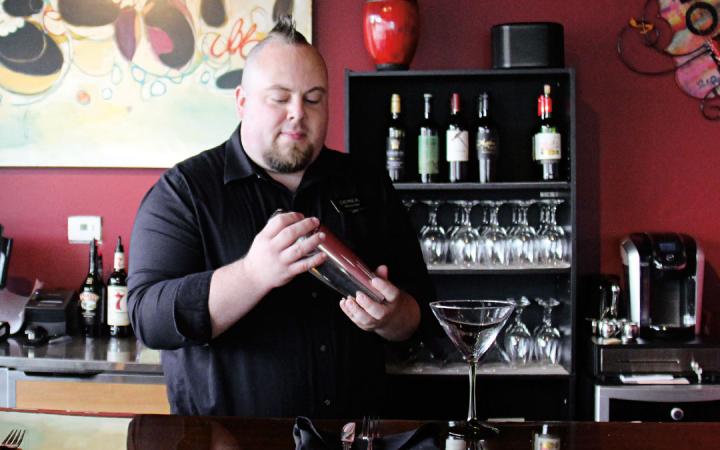 No one will be lonely this holiday season at Marlene’s @ Sevastopol Station—that’s because the restaurant is planning to host a Friendsgiving event for the first time. “There are a lot of single people and couples who are looking to get together,” says owner Kim Carstens.

The restaurant is informally surveying its regulars to gauge interest in the Friendsgiving, collecting feedback that will help them determine when to hold the event, what type of food to serve, and how many events to hold. A single event could include up to 42 people.

For the food, Carstens is thinking about offering something a little untraditional, but not too far off the beaten path. In the running are herb roasted turkey and a ham with tart cherry sauce. With a mashed potato side, she’d like to serve a selection of butters such as herb butter, blue cheese butter, and tarragon butter—so guests “can jazz it up themselves.”

For the finale, the chef is contemplating desserts like a skillet apple pie with bourbon and a double chocolate cake. Cocktails will also have a seasonal flair and be celebratory, such as The Sevastopol Sparkler, which is prosecco with Chambord, garnished with a raspberry.

The Friendsgiving will have a prix fixe menu that includes finger foods, the meal, and drinks. Carstens plans to expand her marketing through social media and signage within the restaurant, as well as by alerting the local newspaper’s food editor. “Yes, this will produce revenue, but at the same time it will bring a lot of people together,” Carstens says. “And it can be a great way to build new guests if one couple invites another.” 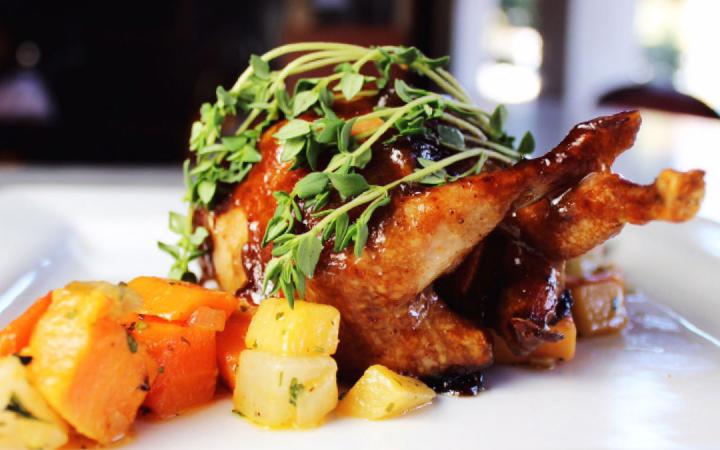 On Christmas Eve, guests will gather at fine-dining venue Roux for a Réveillon dinner. This celebratory meal originated in France and is traditionally served after midnight mass. “Everyone ate and ate until they couldn’t eat any more, then did their Christmas reveling,” explains executive chef James Williams.

This will be the second year Réveillon is held at Roux. The meal will consist of six courses, all with a Creole flair—an amuse-bouche, a soup, a salad, two entrées, and a dessert. Traditionally the food is sumptuous: veal and game meats, lobster, escargot, and the like, and a bûche de Noël, or yule log. Last year, the menu included soft-shell crab and quail.

Williams will “push the boat out” for this year’s dinner, trying new dishes and more upscale food than usual. “We’ll offer some foods people won’t have had before and won’t have again,” he says. The prix fixe event costs $55 per person, or $100 with paired half-pours of wine accompanying each course.

He starts planning for the Réveillon early—at the beginning of the summer. He plans his menus then contacts his purveyors. By the end of October, the restaurant will begin advertising using social media, some TV spots, and teasers in the Roux check presenters. Last year the event maxed out the restaurant, with 140 guests. A typical night sees half that. 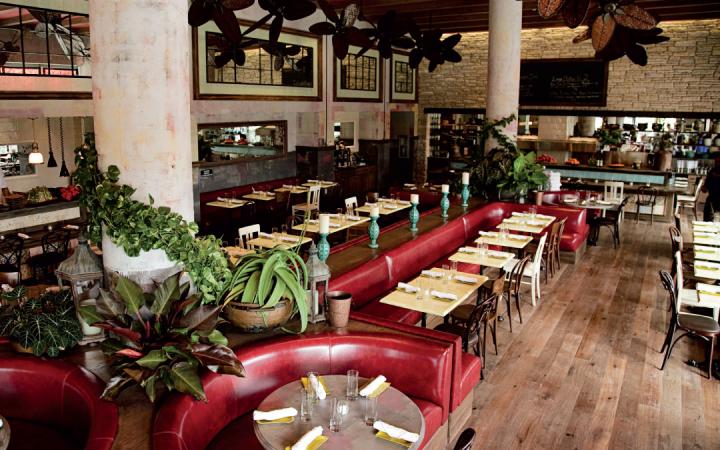 When the holidays come, Sugarcane doesn’t stray far from its roots, relying heavily on the brand’s first location in Miami. The second is in Las Vegas and a third opens this fall in Brooklyn, N.Y.

Executive chef Timon Balloo stays with the holiday theme, but instead of turkey with traditional stuffing, he’s going with a chorizo stuffing, which pairs with several meats. “Our palates are becoming so sophisticated,” he notes. “This dressing will have garlic, shallots, onions, cumin seed, and sherry vinegar—things that make you think you’re in Miami—and less of the herbs of a cold winter.”

Instead of mashed potatoes, Balloo will serve whipped boniato, a white sweet potato. He likes to cook his potatoes in milk, or a milk-water mixture, to add some fat. He also may toast some garlic and cumin seed, and add them with a garnish of green onions or cilantro. “This really wakes up the flavor of the turkey,” he says.

Even the brine for Sugarcane’s turkey has its own spin, featuring lime, garlic, citrus peel, coriander stems, and cumin. And the sides aren’t forgotten. Balloo’s thinking of a Brussels sprouts salad, for which the diminutive vegetables will be tossed with a Spanish-style vinaigrette (sherry vinegar, olive oil, confit shallots, garlic, thyme, and other ingredients such as cranberries, almonds or marcona almonds, and Manchego cheese).

For dessert he anticipates a guava cheesecake and a Miami-style flan, played up with coconut milk, fruit preserves, or macerated fruit. “People are getting more adventurous,” Chef Balloo says. “So I’m all for taking the fundamentals and kicking them up.” 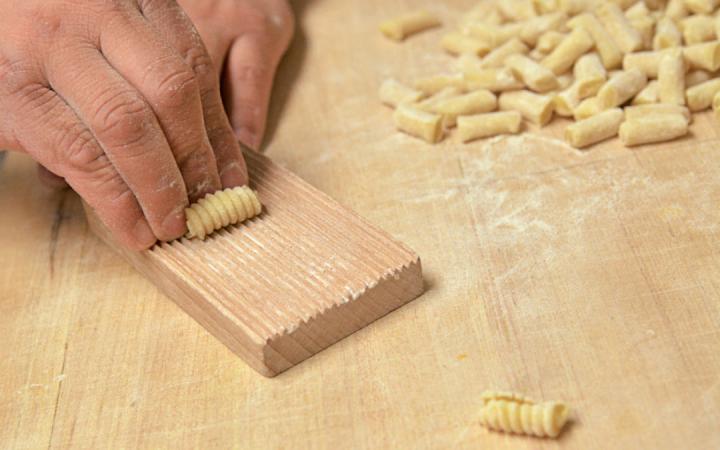 The classes Altamarea Group offers at three of its New York City restaurants are designed for two purposes: to get customers into the spirit of holiday cooking and as gift ideas.

During November and December, the group offers pasta-making classes at Ristorante Morini, pizza-making at Nicoletta, and a Danish pastry class at Vaucluse. The latter is being offered for the first time this year, and a luxurious new offering at Ristorante Morini will be a pasta and truffle-shaving class.

The classes are a mixture of instruction, hands-on cooking, recipes, tasting, and sometimes a lunch. They end with students taking home what they’ve made, along with recipes and some sweets, says Jonna Gerlich, the group’s managing director. “These are to inspire customers for home entertaining for the holidays, and it’s a great gift-giving idea,” she says. “We hold the classes into the new year so people can use gift certificates.”

The pizza and pasta classes can accommodate up to 20, while the Danish-making class is for up to eight aspiring bakers. Classes cost $75 to $125.

Beyond pleasing customers and making revenue at quiet times, there are two other advantages of these classes: They’re fun for chefs, who are usually locked away in their kitchens. They also “make a nice connection for our guests who often want to come back because of the classes,” Gerlich explains.

There are two tiers of marketing for the events: Altamarea Group starts by inviting people who’ve joined them for wine dinners in the past. “We like to give them a bit of VIP access,” Gerlich says. “Then we do a blast to our database, put it up on our social media, and share with our media partners.” 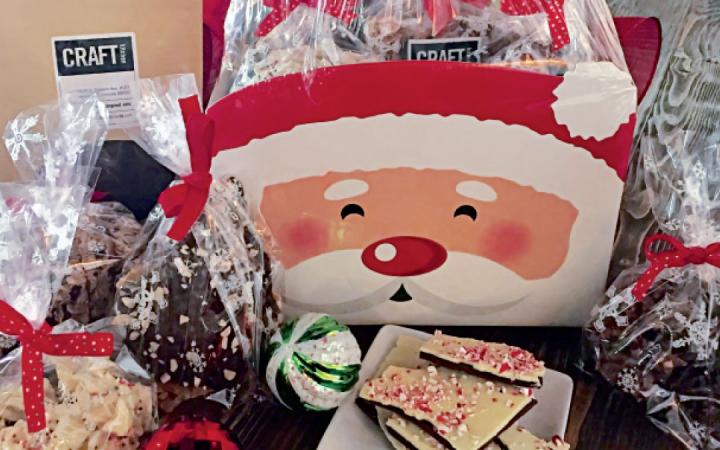 For the third year, CraftKitchen will sell holiday baskets at its bakery counter.

It offers two baskets—the Snowflake basket and the Santa basket—but will customize either or make baskets to customers’ specifications. About half of the orders are for the standard baskets, says Jaret Blinn, executive chef.

The baskets are stuffed full of holiday sweets—all made in-house—such as candies, brittles, barks, macaroons, stollens, and caramel apples.

Last year the standard basket cost $39.95, but the prices ranged up to $400 depending on the size and contents. The most expensive one included Champagne flutes and a bottle of Dom Pérignon.

CraftKitchen starts getting the word out about its baskets at the beginning of November using social media, its website, blog, and in-house signage. “As soon as Thanksgiving is over, a lot of vendors will start taking these for their clients,” Blinn says.

Last year, CraftKitchen sold close to 100 baskets, and this year he expects to double that number. “We have more clientele, more followers, and we’ve already been asked if we’re doing them again, though we don’t yet know the contents.” It’s a lot of work, he says, “but it’s nice revenue and it’s good to have something on the shelf that can get picked up.” 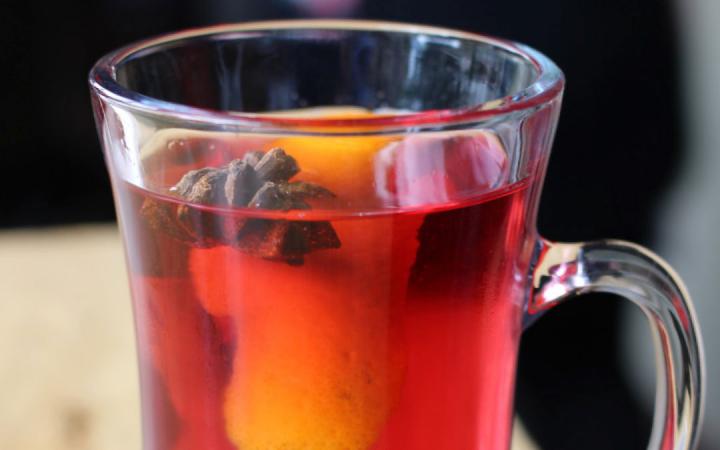 Filini bar and restaurant at the Radisson Blu Aqua (Chicago)

Between October and the end of the year, guests at Filini will be able to sample seasonal drinks in different ways, like cocktails with wintry names, smoke elements, and darker spirits, explains food and beverage director Bob Bracy.

In October and November, Bracy plans to offer a build-your-own cider beverage. The ingredients—a pot of cider, cinnamon sticks, brown sugar, whole cloves, orange zest, allspice, and nutmeg—will be delivered to guests on a platter. An alcoholic shot, of spiced rum for example, can be added too, if requested, and guests build the drink to their preferences.

“Everybody loves to be involved, and who doesn’t want to be the mixologist for a while?” Bracy asks. “People have very specific preferences.”

Daniel Schmitz, barkeep at Publik Draft House, likes to offer seasonal drinks that are more celebratory for the holidays. Starting with Halloween, he’ll offer plenty of cinnamon flavors as well as baking spices such as allspice and coriander and more “unctuous” herbs like rosemary and thyme. He especially likes to brûlée the rosemary with a torch so it is smoking when delivered to a guest. “It looks and smells good,” he says. Pumpkin purée and Pop Rocks are other seasonal additions.

At Thanksgiving, Schmitz focuses on cranberries, especially fresh ones that he likes to cook down into a syrup to give a richer, more robust flavor, and he’ll offer warm cocktails like hot toddies and hot buttered rums. At Christmas, it’s mostly eggnog and spice wine.

And when “The Nutcracker” is playing at The Black Box Theater, which Publik shares a building with, Schmitz says, “We do walnut-infused things. In a light-bodied whisky or bourbon, you get a nice second flavor to the beverage.” This is great neat or on the rocks, or even works well in cocktails, he says, especially those that contain sweet vermouth or Campari.

It’s important to stay fairly traditional for the holidays, he adds, noting, “We get such a migratory group of customers since we’re surrounded by hotels. They want something that will make them feel at home.”

Similarly, at the hotel-based Filini, December brings a classic Christmas cocktail flight (probably three 4-ounce pours) that will consist of hot buttered rum, white chocolate eggnog, and mulled wine. “We chose these three because they are as traditional as you can get and people want tradition during the holidays,” Bracy explains. “You don’t get these very often, and to get all three at once will be a real treat.”