FSR's Rising Stars: Where Are They Now 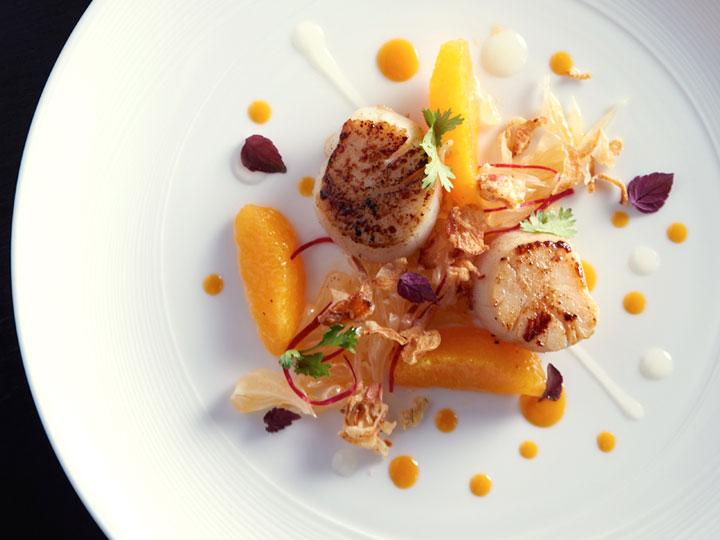 Still Rising?
In March 2016, FSR selected 40 Rising Stars under the age of 40, covering all aspects of the restaurant industry, identifying professionals we felt were helping define new expectations and experiences across America. As we all know, a lot can change in a short amount of time, especially in this business. Here is a roundup of what life is like these days for some of those culinary luminaries. Here is the link to the original article: https://www.foodnewsfeed.com/fsr/research/40-food-and-beverage-professi….
2 of 12
Galdones Photography 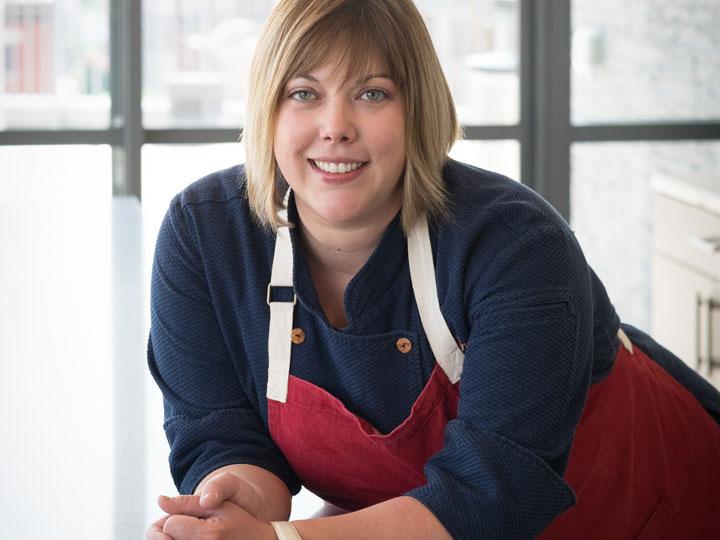 Sarah Grueneberg
Executive Chef/Partner, Monteverde, Chicago | When we first reached out to Chef Grueneberg, the “Top Chef” alum was emerging after a two-year absence from the Windy City’s dining scene. The former executive chef at Spiaggia opened Monteverde in November 2015, and to say it has been well-received so far would be a disservice to exaggerations everywhere. In her first nomination, Grueneberg took home the James Beard Award for Best Chef: Great Lakes this year, which is one of the most competitive and sought-after regions. She is the first woman in Chicago to win on her first try since 2005. Once the youngest female sous chef at the iconic Brennan’s of Houston (circa 2003), it’s clear Grueneberg’s days of rewriting the history books are far from over.
3 of 12
CAMERATA AT PAULIE'S 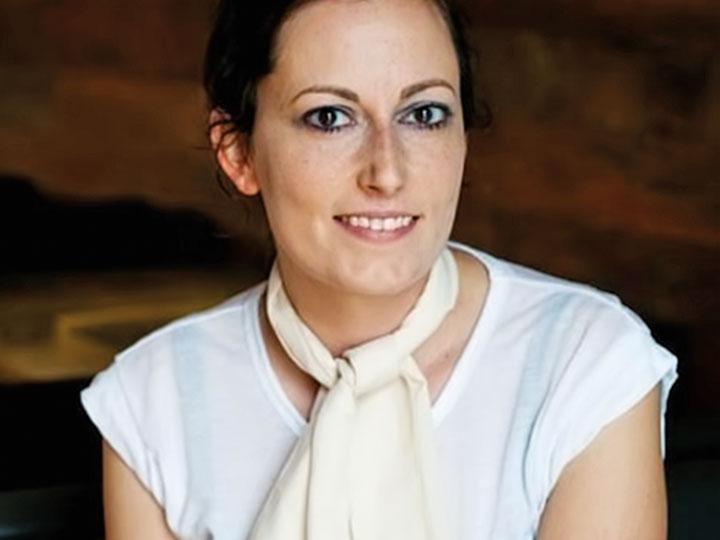 Rachel DelRocco
One of the industry’s brightest beverage minds, DelRocco was named the 2016 TEXSOM Best Sommelier for her work at Camerata at Paulie’s in Houston. She beat out 24 other competitors, earning yet another honor in her young career. Recently, DelRocco left Houston and headed to Oaxaca City in Mexico. The catalyst was her fiancé’s job with a mezcal brand. While there, DelRocco plans to continue enriching herself. She’s writing full-time about food, wine, spirits, and travel for magazines, in essays, and on her personal blog at racheldelrocco.com. She’s also working on some long-term writing projects involving the industry and themes exploring environment, sustainability, and mental health. “I'm using the time to dig in, study Spanish and translation, and learn more about mezcal and distillation while also being in a home base that allows me to explore Mexican wines and the country's history with food and drink,” she says.
4 of 12
Octavia 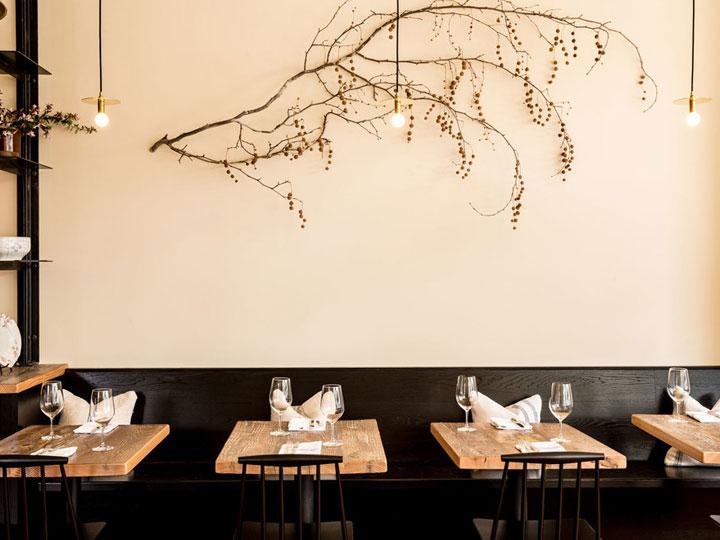 Sara Hauman
Chef de cuisine, Octavia, San Francisco | This past year, Chef Hauman picked up a James Beard semifinalist nod for Rising Star Chef at Chef Brandon Jew’s Mister Jiu’s. She then decided a change was in order. The former chef at 25-seat sensation Huxley, Hauman moved to the chef de cuisine role at Octavia in April. Melissa Perello’s Octavia has a reputation for featuring a staff full of talented female chefs. Hauman, no doubt, adds to that mold. Hauman has spent time in Spain honing her culinary technique and her lamb tartare with za’atar, peas, and olives was recently spotlighted by Zagat San Francisco. Her menu at Octavia has been receiving rave reviews so far.
5 of 12
NATHAN MA 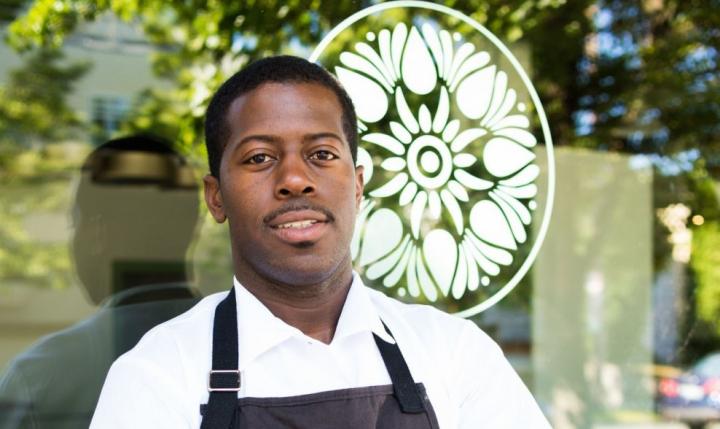 Eduardo Jordan
Chef owner, Salare, Seattle | When FSR named Chef Jordan one of its Rising Stars in 2016, his restaurant, Salare, had just opened in July, vaunting quickly to Zagat’s No. 2 spot for 2015 openings. The praise hasn’t slowed since. Jordan was named a James Beard Best Chef: Northwest semifinalist in 2016 and a finalist this year. He was also a Food & Wine Best New Chef in 2016. Even more, Jordan just opened a new restaurant, Junebaby, in April. Eater called the “deeply personal exploration of Southern cuisine,” Seattle’s hottest new restaurant. Jordan told Eater of the menu, “It’s like grandmother went to culinary school.”
6 of 12
Intro 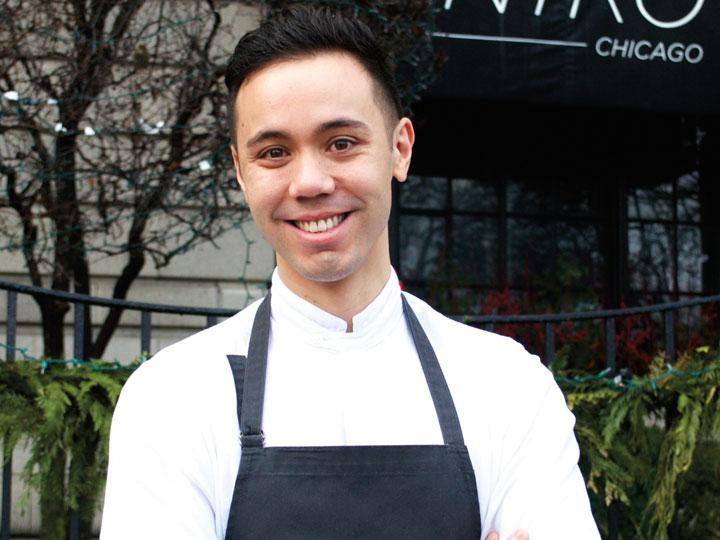 Stephen Gillanders
Owner, S.K.Y., Chicago | Back in 2016 there were rumblings of S.K.Y., the first restaurant from Gillanders, who made his name working for legendary Chef Jean-Georges Vongerichten for nearly a decade. But then Gillanders spent a term at Lettuce Entertain You’s rotating-chef concept Intro. It went so swimmingly that Gillanders was given a permanent role by Rich Melman as the restaurant’s executive chef—a position he manned until this spring, when he announced that it was finally time to pursue his solo dream. S.K.Y., however, won’t open in Los Angelese as originally planned. The restaurant, which is currently under construction, will open in Chicago’s Pilsen area.
7 of 12
The Aviary 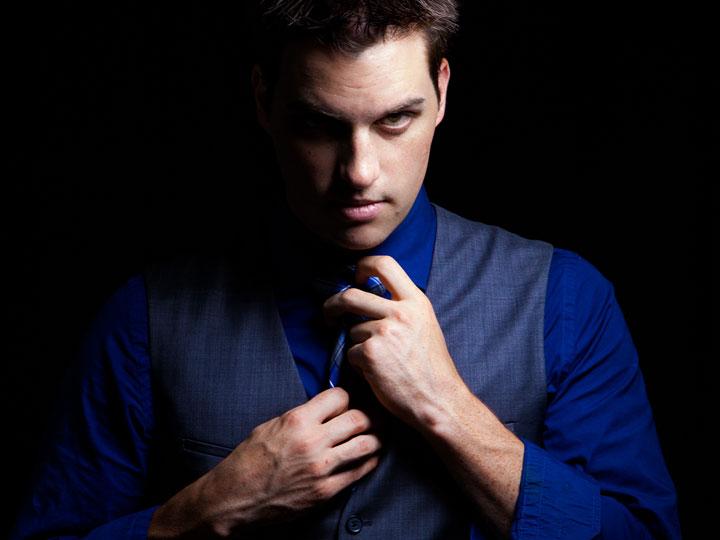 Micah Melton
Beverage director, The Aviary, Chicago | Renowned restaurateur Grant Achatz’s first hire at The Aviary, a cocktail lounge considered by some to be the most innovative in the world, has expansion on the mind. Namely, the concept is prepping for a New York City debut this summer, giving The Aviary its second location since opening in 2011. “New York is just the speakeasy capital of the world,” Melton told GrubStreet. Melton, an Iowa native, began his Aviary career shaping ice in an isolated 10-foot-room in the basement. He was eventually picked as the successor to legendary bartender Charles Joley. Since, Melton has made a name for himself crafting drinks and fostering techniques that shatter beverage boundaries. Aviary NYC will also be the first chance for Melton to serve a menu of non-alcoholic drinks during the day at the Mandarin Oriental location. He was also recently named a finalist for Tales of the Cocktail's American Bartender of the Year, one of the nation's top honors for beverage professionals.
8 of 12
Cameron Mitchell Restaurants 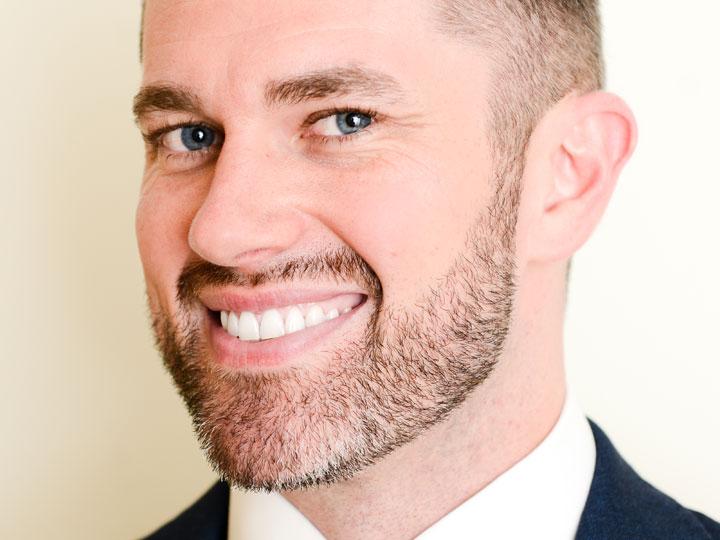 Zachary Montgomery
Regional director, Ocean Prime | Cameron Mitchell Restaurants has an employee-driven culture envied throughout the industry. From millennial-driven initiatives to long-tenured employees, the Columbus, Ohio-based company has always put its people first. The story of Zachary Montgomery is a pretty good example. In 2016, Montgomery was promoted to general manager at Ocean Prime New York, the chain’s first Big Apple outpost. He had been with the company since 2005, working the floor from server to beverage director before leading Ocean Primes in Tampa, Atlanta, and Denver. In February, Kevin Flannery stepped into Montgomery’s NYC role. Montgomery was being rewarded by his employer yet again, this time taking over as regional director for the growing brand, which currently has 14 restaurants.
9 of 12
Marianna Massey 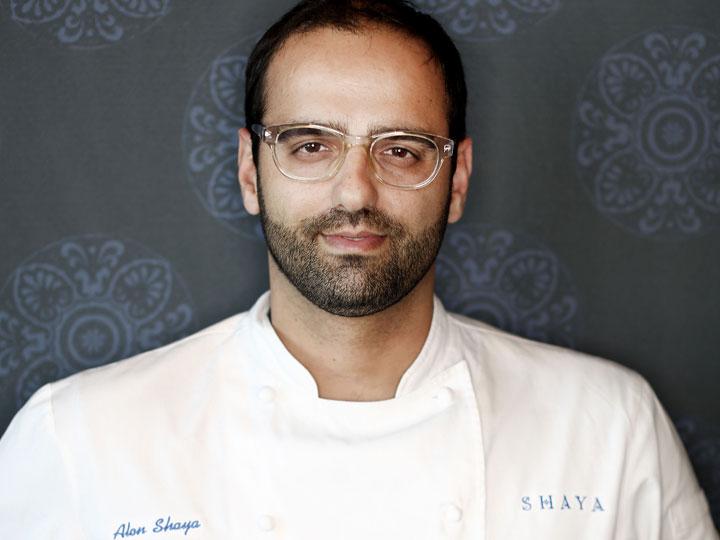 Alon Shaya
Chef/Owner, Shaya, New Orleans | “Rising” is definitely not a term you could use to describe Chef Shaya’s star at this point. In 2016, Shaya was coming off a James Beard Best Chef: South award for Domenica and Pizza Domenica, and had recently opened Shaya. The modern Israeli concept was then named The Best New Restaurant in America by Esquire. In the months following, Shaya’s universe lit up. The restaurant earned a James Beard Award for Best New Restaurant. Chef de cuisine Zachary Engel earned Rising Star Chef of the Year honors in 2017, proving that the NOLA eatery still has the golden touch. Shaya himself is cooking all over the place these days. From June 19 through October 14, the newly rebranded Seaport District N.Y.C. will host some mega-watt chefs. Among them, Shaya, who will man the stage from July 29—August 12.
10 of 12
Andrew Cebulka 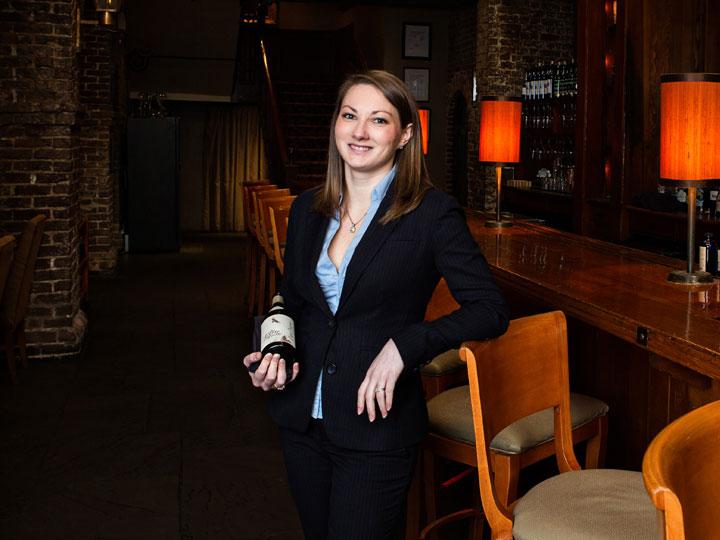 Cappie Peete
The cover star of the issue was Cappie Peete. At 29, she had just completed her first year as director of beverage and education for the Neighborhood Dining Group, one of the South’s preeminent restaurant groups. The organization put Peete in charge of beverage planning and education programming across a portfolio that included Husk, in Charleston and Nashville, Tennessee; Minero in Charleston and Atlanta; and Chicago's Steak and Seafood in the Atlanta suburb of Roswell. In January, the company announced it was decentralizing the role. Thus, Peete decided to move on. It was announced June 16 by The News & Observer that Peete joined James Beard Award winning chef Ashley Christensen at her Raleigh, North Carolina, restaurants. She will oversee the wine programs and cocktails at Death & Taxes, Beasley’s Chicken + Honey, Chuck’s, Fox Liquor Bar, the Bride Club, and Poole’s Diner. Peete will also be sitting for her master’s level sommelier in July.
11 of 12
Bareburger 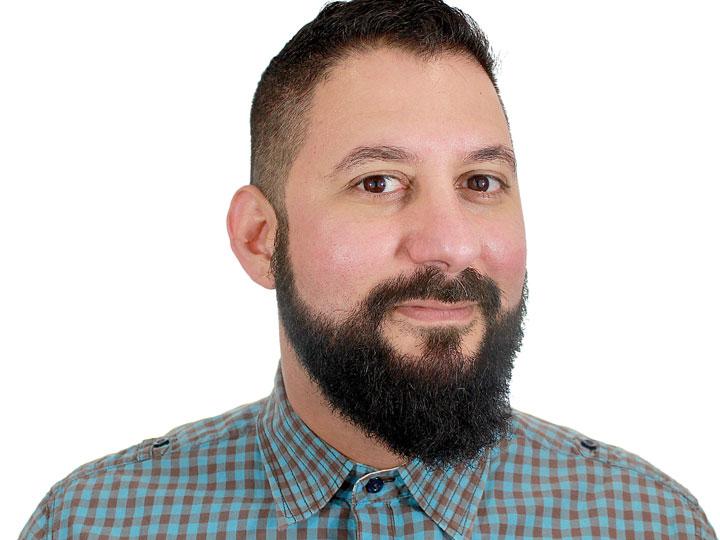 Euripides Pelekanos
CEO/Co-founder, Bareburger | It’s probably safe to say that Bareburger was ahead of its time when it started in 2009. Pelekanos and the team found a run-down bakery and turned it into a 40-seat organic burger restaurant. In those days, when The Recession was hitting hardest, were consumers interested in forking up $10 for a burger? Were diners ingredient or value driven? As it turned out, the concept was bullet proof. It opened 30 locations in six years. Since Rising Stars ran in 2016, Bareburger has opened 14 more. There are now 44 locations in five countries. In June, the brand debuted its 13th New York store when it opened in Mount Kisco. Named one of the Fast50 fastest-growing businesses by Crain’s New York in 2015, it’s apparent Bareburger is ready to spread its wings. And, unlike when it started, there really couldn’t be a better time than the present.
12 of 12
A Lure Chowder House & Oysteria 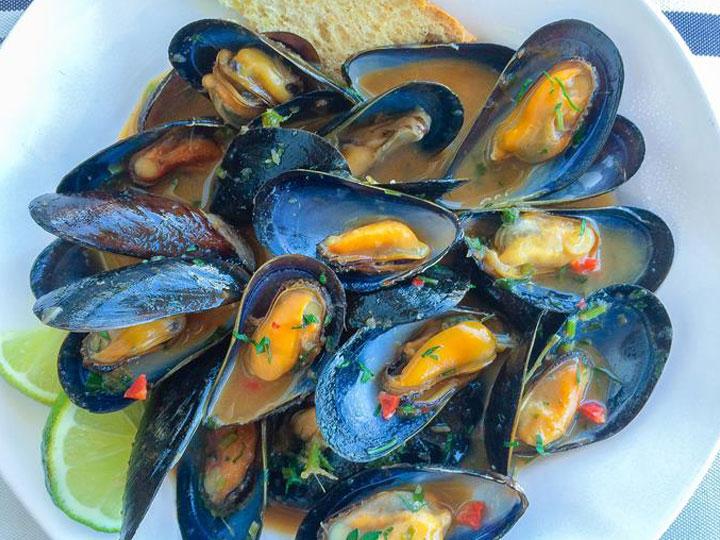 Courtney Schaudel
Despite rave reviews, including an excellent mark from The New York Times and three stars from Newsday, Schaudel’s restaurant, The Petulant Wino, which she opened with her father, Tom, closed in March after three years. The Long Island, New York, tapas restaurant is turning into il Giardino, a restaurant from John Gambino. Meanwhile, Schaudel told local news outlets she plans to turn her attentions to A Lure Chowder House & Oysteria, another of her father’s celebrated concepts. Schaudel did a little bit of everything at The Petulant Wino, from catering to customer service. So regardless of what role she takes on next, expect her to shine.