As Chefs Pare Down Menus, Here’s a SKU Keeping Them Profitable 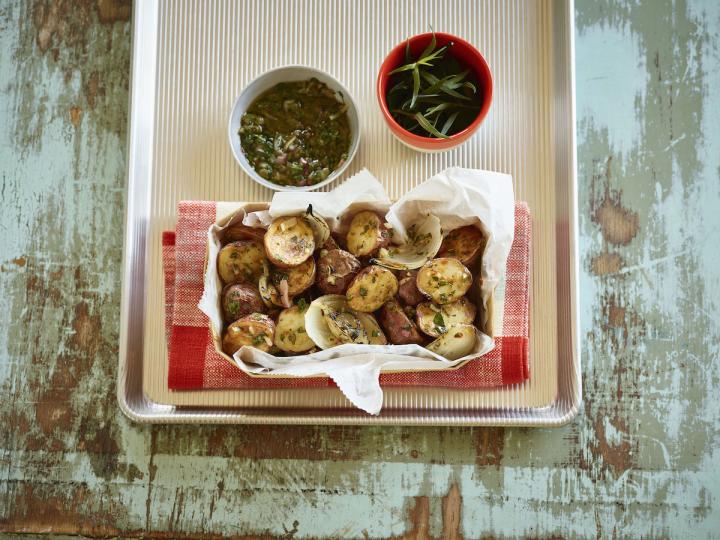 The pandemic has changed everything for full-service operators, and now they’re looking for ways to simplify their operation in order to turn a profit. An industry-wide shift toward smaller menus has been helping to lower food and labor costs, but it hinges on the ability to leverage versatile ingredients in creating menu items that stand out and keep customers returning.

Consider the Idaho® Potato, which has a high value, relative to its price, yet can be used in a variety of creative and craveable ways. The following slides will take a look at how Idaho potatoes are helping chefs achieve profitability in the midst of a pandemic. 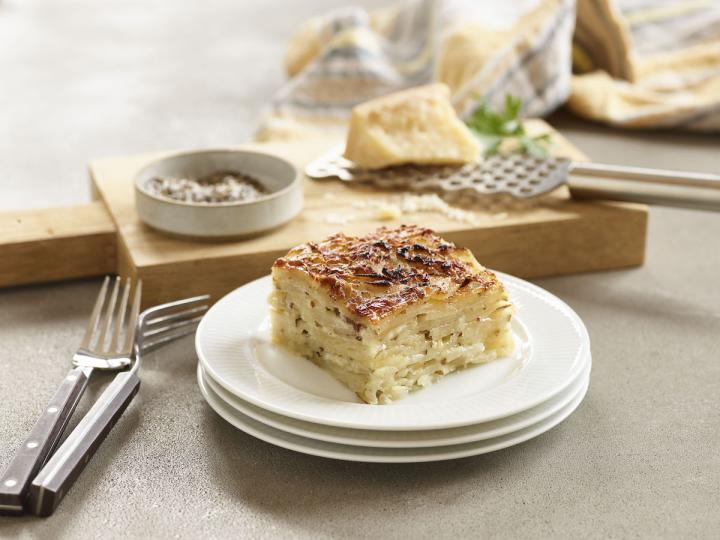 One medium-sized Idaho Potato contains 45 percent of the recommended daily value of Vitamin C, and contains more potassium than a banana—that means potatoes can be used to satisfy the ever-growing demand for nutritious foods. But a potato can also be leveraged to make something a bit more indulgent—while french fries are still one of the most popular items on menus across the country, potatoes can be baked, scalloped, or even used as an ingredient in baked goods.

“Idaho Potatoes are one of those few ingredients that you can make a million things out of,” says Adam Moore, chef and founder of Flashpoint Innovation. “That means it’s also a SKU you can count on to provide a great margin.” 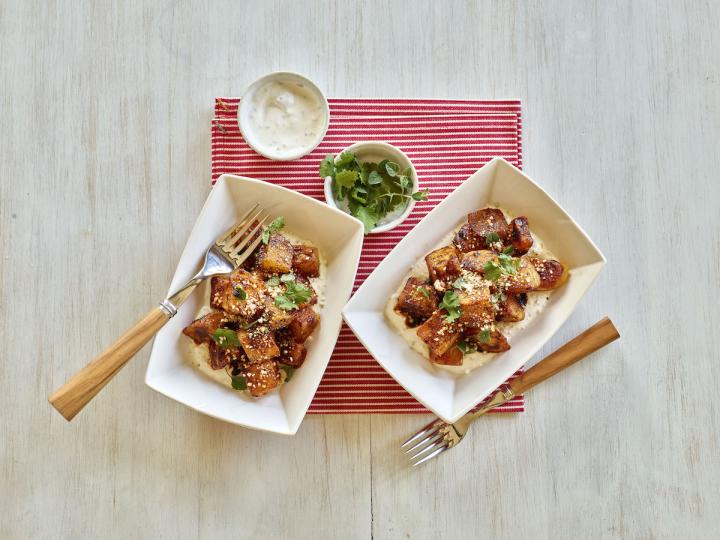 The Idaho Potato’s versatility extends to its ability to create great dishes that still hold up after an off-premises journey. Mashed and baked potatoes are two great examples of foods that maintain heat and moisture for long periods of time. And if operators take great pride in their fries, Moore has a suggestion to create french fry offerings that make sense as to-go menu items.

“If you’re a restaurant known for its fries and you feel like you’re losing business in that department because consumers don’t think that fries travel well, then focus on making items like a signature poutine, which is still an incredible dish even if the fries get a bit softer,” Moore says. “Control what you can control—adjust the customer’s expectation and give them something decadent and delicious that still plays to your strengths. There’s no reason to stubbornly serve your signature fries if they aren’t selling as a to-go menu item.” 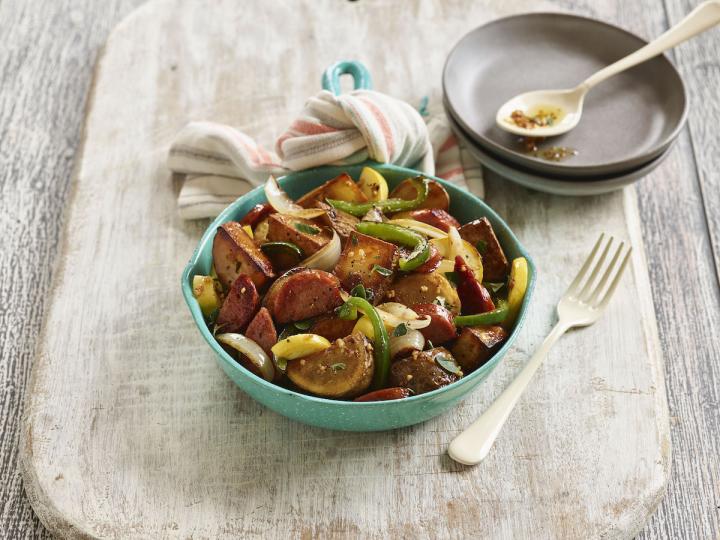 Managing food and labor costs has always been a priority for operators, but now it’s an imperative component in remaining profitable. The cost of Idaho Potatoes is a value relative to the margin that can be made.

“If you go into a high-end steakhouse, you’re probably willing to pay $8-to-$10 for a really good, loaded baked Idaho Potato,” says Alan Kahn, vice president of the foodservice division of the Idaho Potato Commission. “Meanwhile, all of the ingredients in a loaded baked potato, including the potato, typically cost an operator less than $2 dollars.

Idaho Potatoes can also help create a margin by being combined with a higher-priced protein. For example, a Potato and Lobster Hash, created by Jason Knoll of Another Broken Egg America, is centered around a relatively expensive protein—lobster—but because the dish is filled out with potatoes, it works as a profitable menu item. 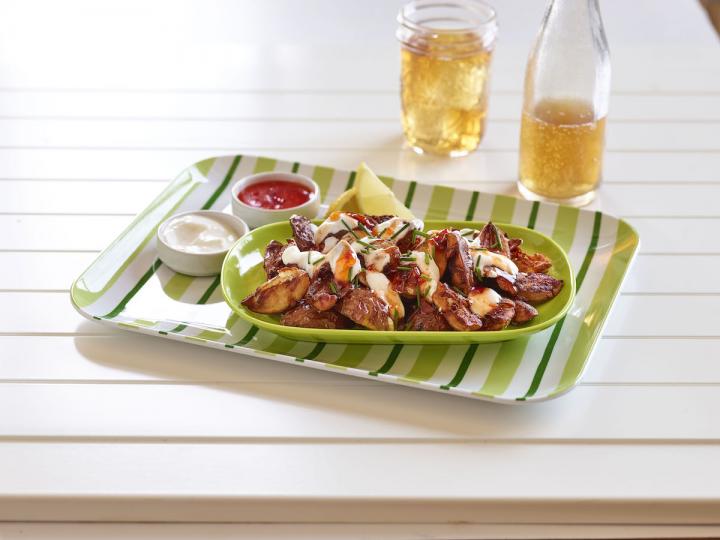 The Idaho Potato Commission (IPC) is a marketing arm for the state’s family-owned farms that produce one-third of the U.S. potato supply, and the organization is committed to helping chefs find new and innovative ways to use the versatile vegetable. In fact, their website has an impressive array of recipes chefs have created using the potato.

The IPC encourages operators to think outside the box of russet potatoes that they’re used to, and so does Moore.

“For example, I always encourage chefs to try to make potato salad with different types of Idaho Potatoes,” Moore says. “Fingerlings, red potatoes, golden—combine them, play around with the different possibilities. There are some incredible flavor profiles in other varieties of potatoes that are just waiting to be tapped.” 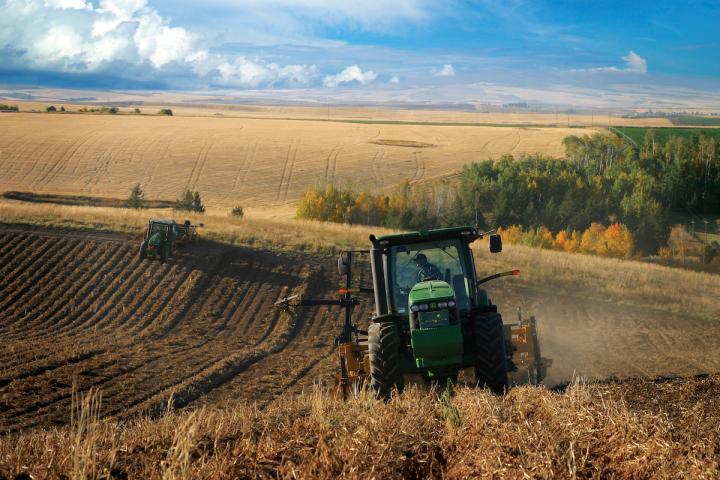 A recent study showed that 90 percent of consumers think of Idaho when they think of a potato. Idaho hasn’t achieved this notoriety accidentally: the state grows the best potatoes as a result of natural factors that include rich volcanic soil, abundant irrigation water from the Snake River Plain aquifer, as well as the rare combination of 210-plus days of sunshine per year, and cool nights.

The same study showed that 72 percent of consumers would choose an Idaho potato over any other potato. The message here is that it’s advantageous for operators to menu Idaho potatoes, and Idaho potatoes can keep them profitable during a very difficult time.

To learn more about Idaho Potatoes, check out the Idaho Potato Commission’s website. You can also subscribe to their newsletter here.