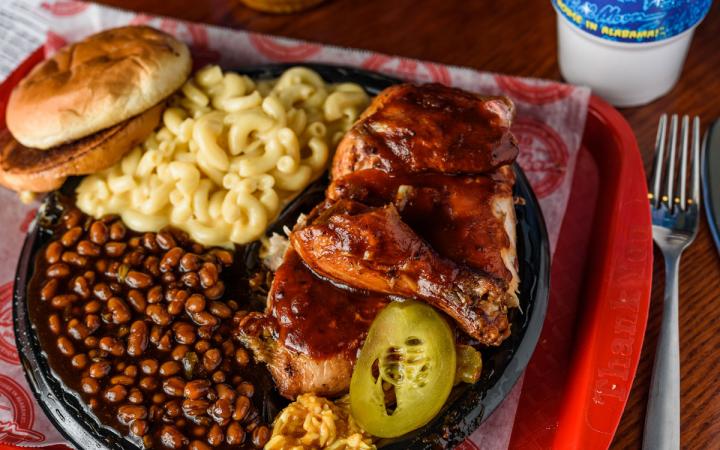 There’s no shortage of great barbecue in Alabama, but Full Moon Bar-B-Que still stands out for its from-scratch ethos that applies to everything from its hickory-smoked pork to its famous Half Moon cookies.

Since buying the original Birmingham location in 1997, brothers David and Joe Maluff have maintained a family-owned feel while still expanding the chain’s reach into other parts of the state. The brothers now own a handful of locations, and have opened up ownership to franchisees for a total of 15 Full Moon restaurants. Their strategy for growth is not to open as many stores as quickly as possible; rather, they search for operators who meet their standards of being hands-on, having high expectations for food quality, and are involved in the local community.

For anyone looking to establish a restaurant presence in a new location, the brothers have some advice: “Go the extra mile and introduce yourself to other local businesses owners, support school sporting events and anything else you can do to involve yourself in the community.” 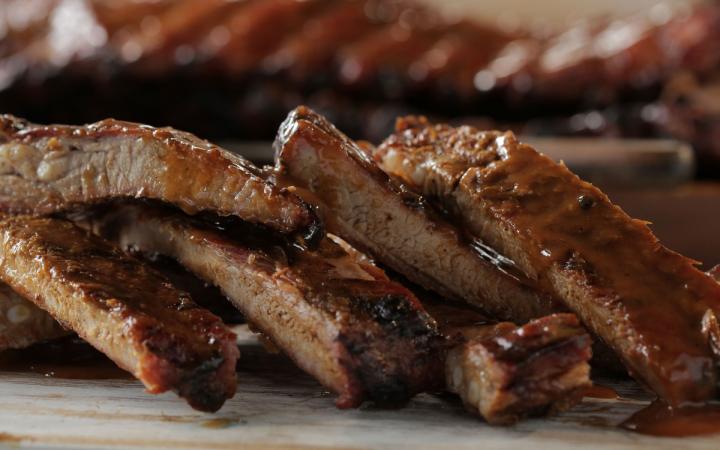 Legend has it that in 1958, John “Big Daddy” Bishop was deciding between opening a mortuary or a restaurant, when he had a dream instructing him to open a cafe. That’s exactly what he did, and thus Dreamland was born. This Jerusalem Heights, Alabama institution has been known for their juicy, saucy ribs ever since.

In the 1970s and 1980s, visitors who were attending University of Alabama football games caught wind of Dreamland, and its reputation began to grow. It was during this period that Bishop’s children used marketing and savvy leadership to lay the groundwork for expansion. Dreamland opened a second location in 1993; since then, the chain has expanded to have locations in Georgia and Florida, as well as a handful of other Alabama cities.

While the focus at Dreamland has always been ribs, part of their expansion plan has included broadening the menu to include chicken, sandwiches, salads, sides, and more. Anyone who’s ever visited Dreamland will agree that Big Daddy made the right call when he decided to go into the restaurant business. 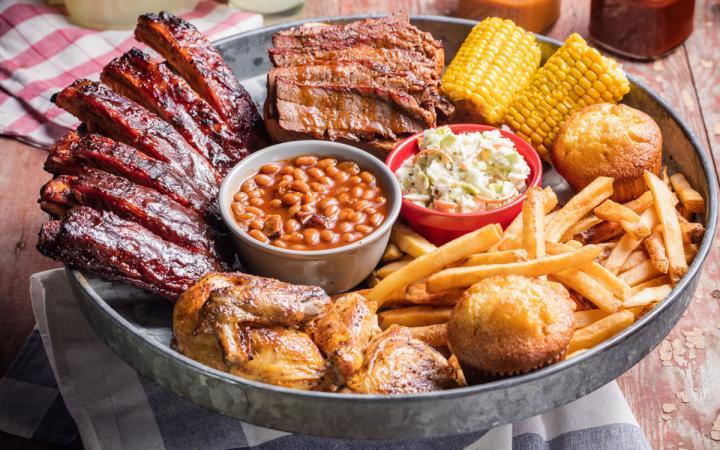 Wisconsin might not be known as a hotbed of barbecue masters, but Dave Anderson spent 25 years traveling the country and learning from experts of all stripes before opening his first restaurant in 1994 in Hayward, Wisconsin. It was an instant hit, soon serving up to 5,000 guests each week—in a town of only 1,800 residents.

With a restaurant that popular, expansion was a no-brainer. Famous Dave’s now has 16 company-owned locations, as well as 134 franchise locations; you can find great barbecue in 34 states, as well as Puerto Rico, Canada, and the UAE.

Another crucial component to the chain’s success has been merchandising—you can buy everything from cornbread mix to marinades on their website and in stores. By diversifying their revenue streams, Famous Dave’s has become one of the largest barbecue presences in the country. 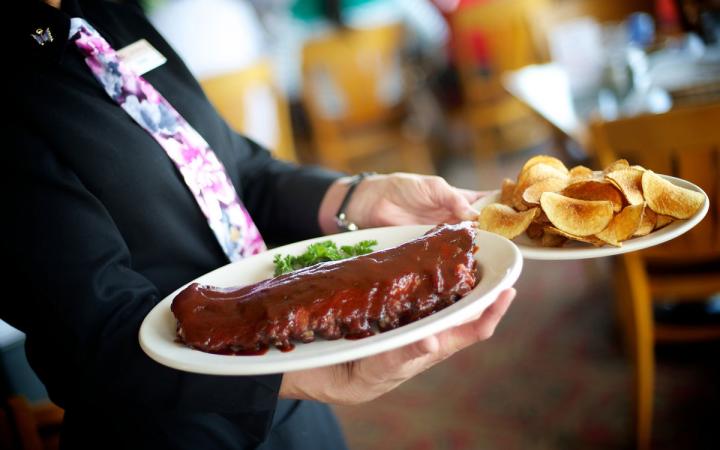 With a list of famous customers that includes five presidents, dozens of professional athletes, and Britney Spears, Cincinnati’s Montgomery Inn is definitely in “icon” territory. The original restaurant opened in 1951, but they didn’t start expanding until the late 1980s.

“We just go opportunity by opportunity,” says Evan Andrews, Vice President of Montgomery Inn, of their strategy for opening new locations. “We look at each opportunity individually, and determine whether it’s advantageous for us. Everything is funded internally through cash flow, so we don’t have to look for outside investors.”

Evans also points to retail and the internet as being instrumental in Montgomery Inn’s success; their barbecue sauce is now available for purchase in more than 25 states, and they’ve recently seen impressive growth in their pulled pork and ribs through retail.

“Our internet business is also huge,” adds Evans. “We started it back in 1994, before most companies were online yet. We’ve owned our website since then. We started out doing B2C business shipping ribs, and found that the model has enormous growth potential.” 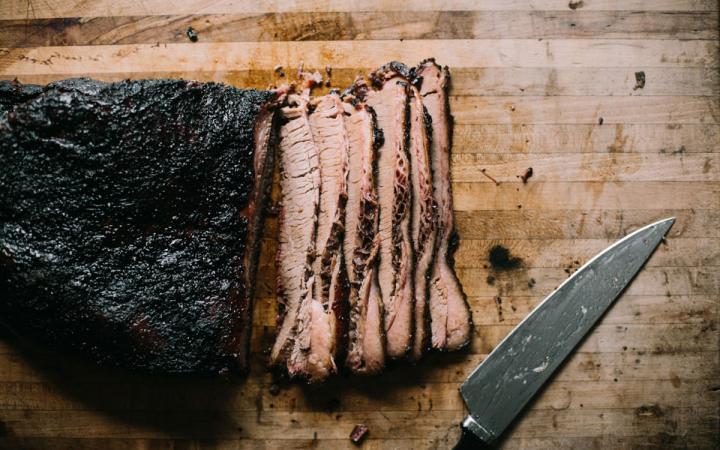 4 Rivers Smokehouse may be a relatively new addition a to the barbecue scene, with its first Winter Park, Florida, location opening in 2009. Since then, though, this brisket-focused powerhouse has taken the barbecue world by storm, with lines out the door and accolades galore, including being featured at both the South Beach Wine & Food Festival and the Atlanta Food & Wine Festival.

The group has seen tremendous growth in less than a decade, with 15 family-owned locations spread throughout Florida. But they also take advantage of other channels to spread their barbecue gospel, including a 4 Rivers food truck, and third-party managed outlets at several stadiums and student unions. Their business model is based on fast casual, with a focus on streamlining the guest experience through multiple ordering channels, including online, through their app, and in person.

4 Rivers has also built its brand through their food manufacturing division, which distributes their signature smoked meats through Sysco and US Foods throughout the country, in addition to their retails line of sauces, rubs, and more at grocery stores. 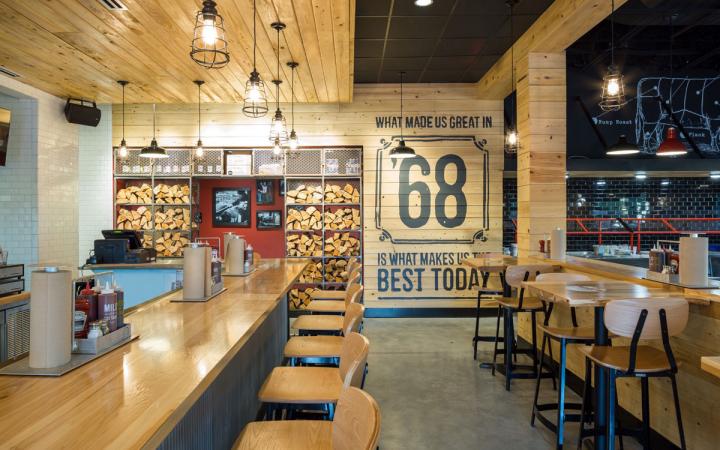 When Floyd “Sonny” Tillman and his wife, Lucille, opened their first restaurant in Gainesville, Florida, in 1968, they never expected that it would someday become an empire of more than 110 restaurants that span the southeastern United States.

Sonny’s started franchising early, with their first branch opening in 1977. The brand’s model of serving “fast” (but still slow-cooked!) barbecue with table service was unique at the time, and resonated strongly with their guests. By 1981, Sonny’s had expanded to 25 locations, and by 1985 there were 50.

This ownership structure has been integral to Sonny’s success, and current CEO (and former franchisee) Bob Yarmuth has this to say about what to consider when opening a franchise location: “Determine what the start-up costs will be to build and open a franchise location. This will help you understand if you should target individuals or larger investment companies, and will sharpen your focus and where you spend your advertising dollars to promote your business.”

Considering where that strategy has gotten Sonny’s, it seems like a great piece of advice to follow. 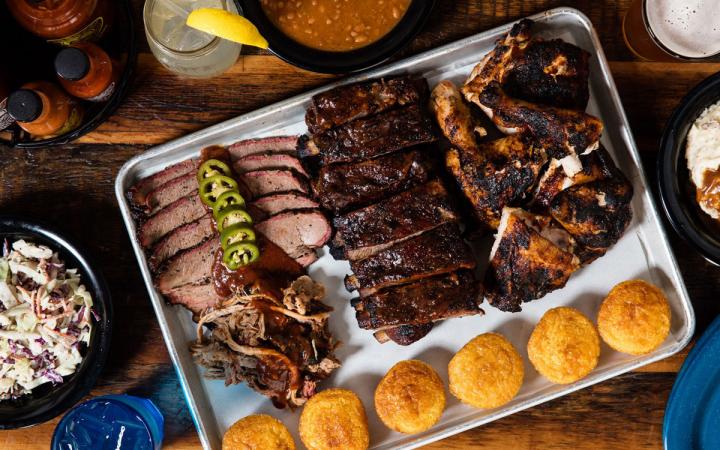 Another surprising location for a barbecue behemoth, Syracuse, New York, is home to Dinosaur Bar-B-Que. The chain has humble beginnings: in 1983, founder John Stage set up a small concession stand at a local biker festival, and the concept grew from there. Their expansion has been slow and natural since then; the first physical location appeared in 1988, and moved to a larger space a few years later. Since then, they’ve opened additional locations in other parts of the state, as well as Connecticut and New Jersey, for a total of eight company-owned restaurants.

Despite being from a fairly barbecue-deprived part of the country, Dino’s food has struck a chord—it was named “Best Barbecue in America” by Good Morning America and the chain has received numerous other endorsements from everyone from Men’s Health to the Food Network. And as Stage says, “If barbecue’s done well, everybody likes it.” [https://youtu.be/wz0vZns490o] 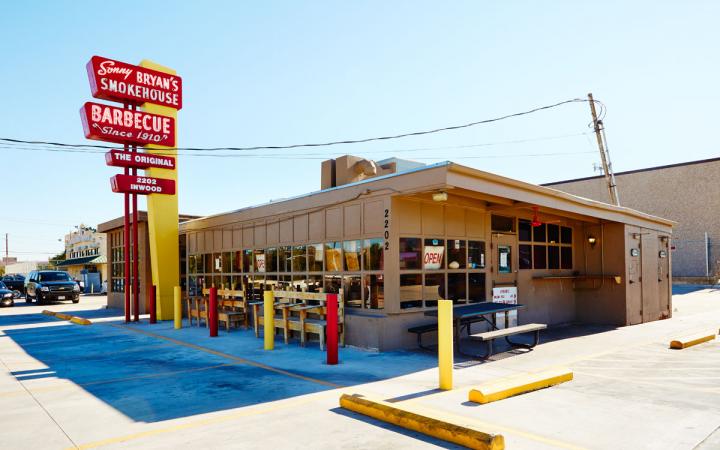 Barbecue is a family business at Sonny Bryan’s, the Texas chain that has been dishing up standout ribs, sausage, sides, and more since 1910, when Elias Bryant opened Bryan’s Barbecue in Oak Cliff. Forty-eight years later, William “Sonny” Jennings Bryan, Jr., Elias’s grandson, opened Sonny Bryan’s Smokehouse. It was an outside investor in 1989, though, that helped the family restaurant expand to its current five locations, spread throughout the Dallas area. And word-of-mouth from famous fans like Julia Child, Emeril Lagasse, and George W. Bush didn’t hurt.

In addition to its jam-packed restaurants, a huge part of Sonny Bryan’s success is its catering business, which is one of the largest in the area. In order to make themselves appealing for every type of event, their offerings go beyond just barbecue: customers can arrange everything from a baked potato bar to an Italian buffet. 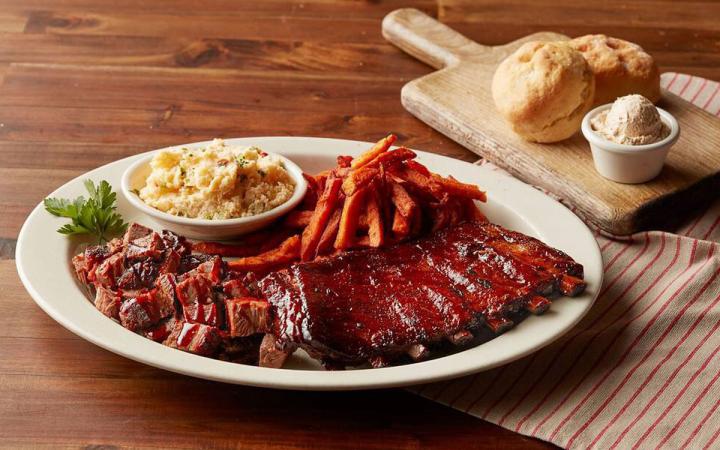 Born out of a desire to bring the best barbecue to the West Coast, Craig Hofman, a second generation restaurateur, searched the south for the finest slow-smoked barbecue he could find. He named his new restaurant Lucille's to give it an authentic appeal, serving up delicious food with a side of the finest Southern hospitality.

The formula worked, and Lucille's popularity soon led to new locations. Over the years, the company has expanded with a total of 23 restaurants. Another central aspect to Lucille's appeal is the blues-centric decor, celebrating great Southern musicians and their work. You can now find Lucille's restaurants in California, Nevada, and Arizona.