The 7 Sizzling Cities to Open a Restaurant 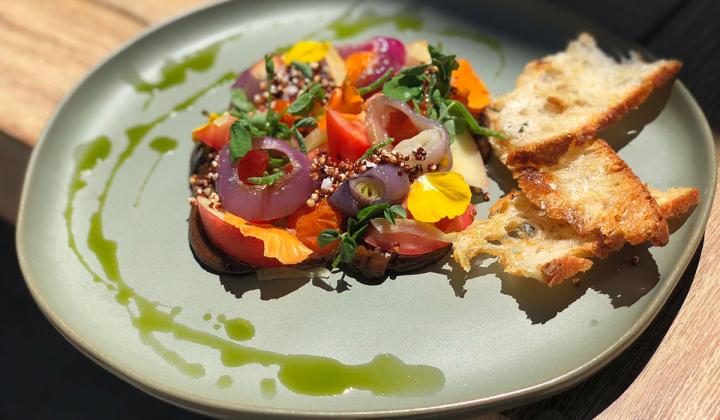 While the same handful of cities—New York, Chicago, San Francisco, Los Angeles—make nearly every “Best Foodie Destinations in America” list, a growing number of under-the-radar cities are bubbling their way to the top, too. Here are just seven up-and-coming markets that are earning a reputation for epicurean excellence. 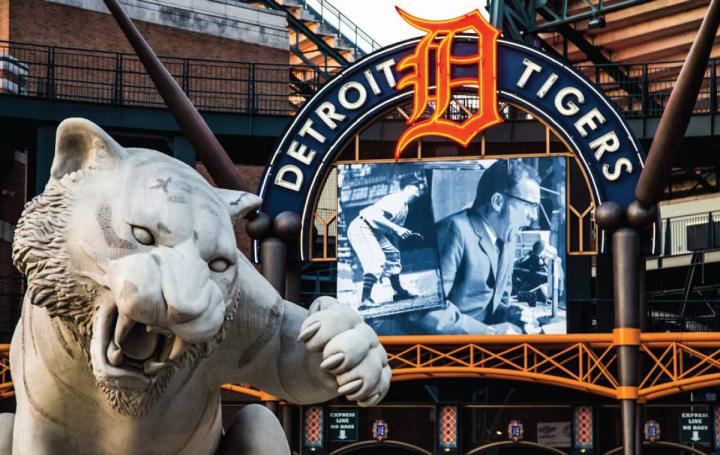 If there's one American city that served as the face of the Great Recession, it was none other than Detroit. Home to major automotive companies like General Motors, Ford, and Chrysler, the Midwest metropolis was devastated by the downturn in the economy, with many of its biggest employers facing bankruptcy and the city's GDP hitting an all-time low. More than a decade later, however, Detroit is experiencing a renaissance of sorts, and not just in the automotive and pharmaceutical industries, but in its food and beverage offerings, too.

"Every day, there's some kind of news or activity about a new restaurant or concept," says chef James Rigato, former "Top Chef" contestant, James Beard Award semifinalist, and owner of Mabel Gray, a New-American concept in the Detroit neighborhood Hazel Park. Rigato points to big-time chefs like Andrew Carmellini and John Vermiglio—who have made their way to (or in Vermiglio's case, back to) Detroit—as proof that the city's restaurant reputation is making a comeback. "Right now it's a chef's market," he says. "If you have talent and you can run a business, you have the upper hand."

But in actuality, it's not just talented chefs who can make a name for themselves in Detroit; it requires someone with authentic ties to the city. "Back when the economy tanked, Detroit was the first one to go," Rigato says. "If you stuck around and kept your love for Detroit, you're such a hometown hero."

As the largest city in Michigan, Detroit is home to a diverse array of cultures and backgrounds, from Vietnamese and Mexican to Middle Eastern. In fact, the metropolitan area boasts the largest Yemeni, Jordanian, and Lebanese populations outside the Middle East, as well as the largest Iraqi population in the U.S. "As a chef, you have these cuisines to play off of," Rigato says. "You can go to a Yemeni bakery, get some amazing Vietnamese pho, and then go get baklava and pierogies all in a 20-minute drive." 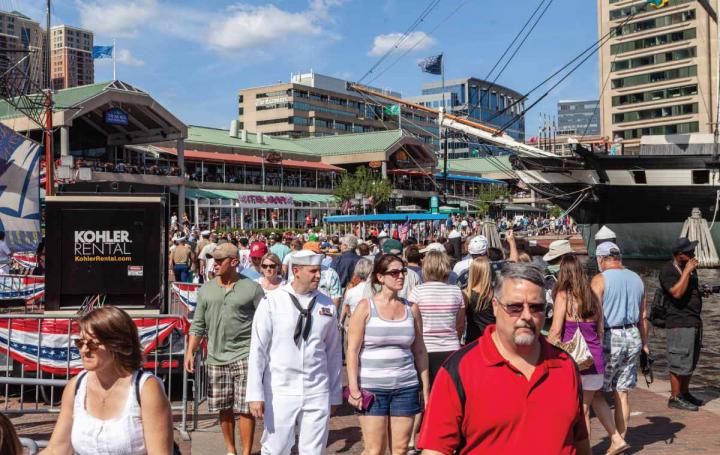 Home of: "The Wire" and "The Star-Spangled Banner"

After early success as a tobacco and sugar hub in the 18th and 19th centuries, Baltimore was struck by disaster on a number of fronts: First the 1904 fire that destroyed much of the city's downtown, then the suburban flight and economic depression that ruined its economy in the 1960s and '70s. But urban renewal efforts and a collection of Fortune 1,000 companies like T. Rowe Price, Under Armour, and Johns Hopkins Hospital, are revitalizing this Maryland market—particularly on the food front.

Beyond its colorful houses, down-to-earth attitude, and craveable crabcakes, Baltimore is also earning a reputation for high-quality cocktail concepts across town, whether it's W.C. Harlan in Remington or Rye in Fells Point.

"We have some of the best lounges and bars where you can get really well-crafted, handmade, hand-pressed juices and cocktails," says Jasmine Norton, founder and co-owner of The Urban Oyster, Maryland's first female- and African American–owned oyster bar. "I'm on this unsaid quest to find the best old fashioned at every restaurant I go to, and I've come across quite a few bars where the craftsmanship is top of the line." 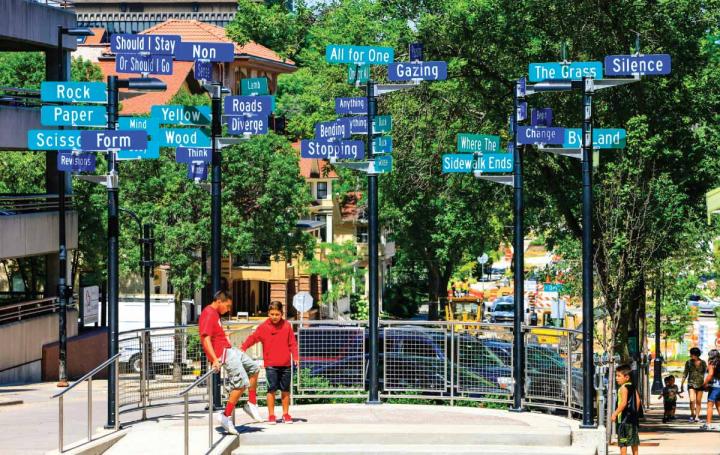 Home of: The University of Wisconsin

Despite its status as a college town, Madison isn't just home to campus hangouts and late-night cheap eats. With a median age of just 31 years old, the Wisconsin capital is filled with young, urban-dwelling professionals whose government and tech jobs—thanks to companies like healthcare software giant Epic Systems—provide them with plenty of disposable income to dedicate toward dining.

And there's certainly no shortage of top-quality eateries to choose from. In the last decade alone, Madison has racked up its fair share of James Beard Award recognition, with more than 25 nominations and a win (chef Tory Miller of farm-to-table French concept L'Etoile was awarded Best Chef-Midwest in 2012).

But Madison doesn't just boast an impressive roster of restaurants. The city is also packed with plenty of best-in-class bars, from Cask & Ale to Merchant. While a craft cocktail isn't hard to come by, the majority of residents consider beer their drink of choice, whether it's local favorites like Miller and PBR or upscale offerings from New Glarus Brewing or Ale Asylum. 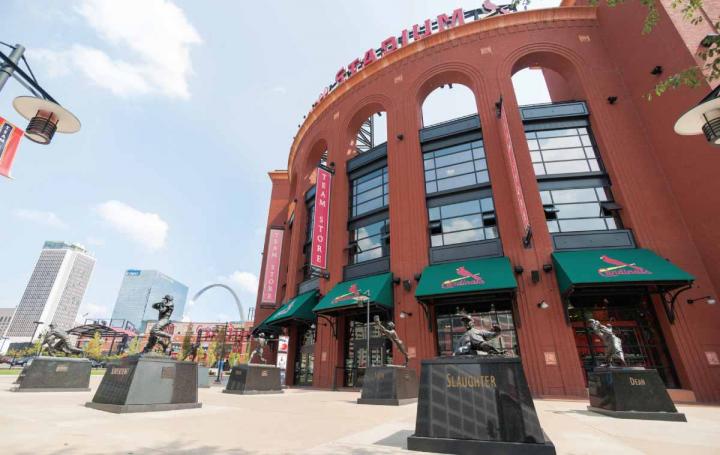 Though its population has dropped steadily since the 1960s, this Midwestern city's dining scene has been on the rise over the last decade. Known for its breweries and world-renowned sports teams—including 2019 Stanley Cup winners, the St. Louis Blues—the city is also making a name for itself through a bevy of upscale food-and-beverage offerings that don't break the bank.

"What we have here is very approachable and affordable for people who can't afford to do the same kind of dining experiences in bigger cities," says chef Nick Bognar, owner of modern Asian restaurant Indo and 2019 James Beard Award semi-finalist for Rising Star Chef of the Year. "We're getting to that point where we stack up against some of the best restaurants in the country, and at the same time, there's still that St. Louis price tag," he adds. "You don't have to plan for two months to go to a $500-per-person sushi dinner. Instead, it's $150."

Much of the St. Louis dining scene's success is owed to James Beard Award–winning chef Gerard Craft, whose Niche Food Group has produced standouts such as French bistro Brasserie by Niche; Italian concepts Pastaria and Sardella; craft cocktail bar Taste; and South American–inspired Cinder House, which is nestled inside the Four Seasons Hotel.

"There's a ton of opportunity here for anyone who knows what they're doing," Bognar says, "Especially if they're doing something they're passionate about." 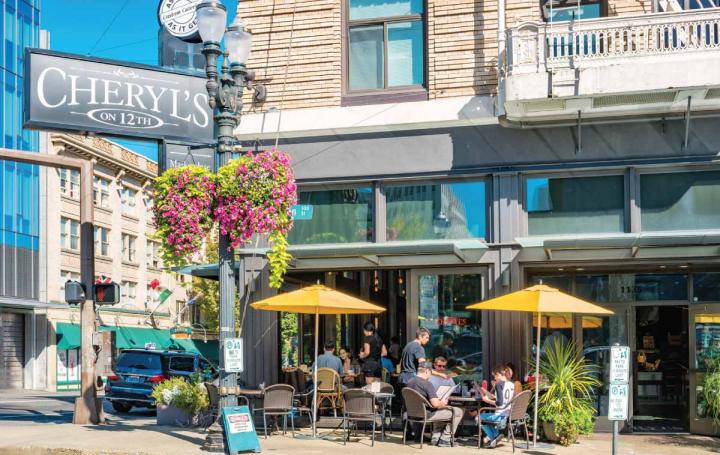 Known as: The Outdoor Playground of the West

Home of: The Bend Ale Trail

Situated on the Deschutes River, this Oregon town is a paradise for outdoor explorers, surrounded by lakes, mountains, national forests, and more than 50 miles of urban trails. But it's also a haven for the dedicated drinker. Just three hours from Portland, Bend gives that beer-loving city a run for its money thanks to the abundance of breweries and brewpubs that call the town home. Whether it's the Deschutes Brewery Bend Public House, Silver Moon Brewing, Worthy Brewing Company, or Boneyard Beer Pub, Bend residents and visitors have their fair share of options when it comes to throwing back a brewski.

However, that doesn't mean pub food and pints of ale are all Bend has to offer. The town is also home to a number of world-class concepts, from fine-dining spot Ariana Restaurant—serving a seasonal a la carte menu and daily five-course chef's tasting menu—to Zydeco Kitchen & Cocktails, renowned for its libations and Northwestern cuisine with a Louisiana twist (think: blackened redfish or barbecue shrimp with Southern grit cakes).

But that's not to say Bend couldn't use an even broader range of flavors. "People are still looking for a lot of diversity in their eating experience," says Nickol Hayden-Cady, owner and executive pastry chef at Foxtail Bakeshop & Kitchen, a Bend staple for all things baked. "Anything ethnic done with flair, new perspectives, and creativity could really be celebrated in this town." 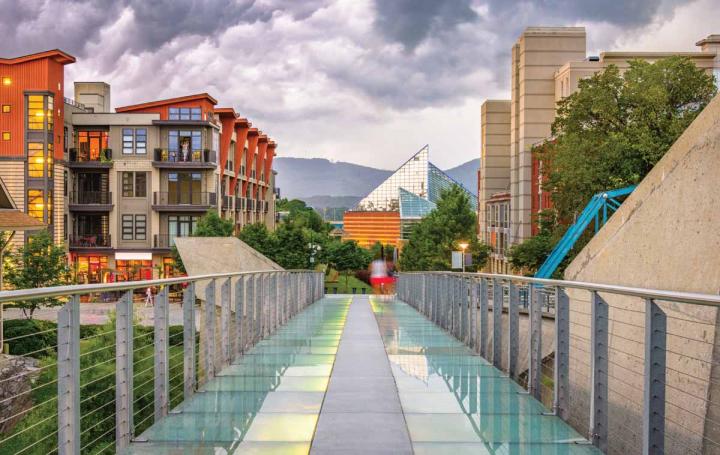 Owing its nickname—Scenic City—to the beautiful mountain and river views that surround the Tennessee town, Chattanooga is also home to such attractions as Rock City Gardens, Ruby Falls, and the Riverwalk, a 13-mile path along the Tennessee River. But these days, Chattanooga's culinary offerings are receiving some well-deserved time in the spotlight, too.

Due in large part to a crush of chefs, owners, and operators relocating to Chattanooga from all around the country (and even the world). "They came in and provided this very necessary influence to diversify the food culture here," says Washington, D.C., native Charlie Loomis, who serves as executive chef at farm-to-table eatery Feed Table & Tavern. "There's always been these great tourist destinations here, but we really needed the food to match it."

Other transplants include Milwaukee-born Rebecca Barron (executive chef at fine-dining spots St. John's and Meeting Place), as well as James Beard Award–nominated Erik Niel, who hails from Louisiana and is the talent behind Easy Bistro & Bar, Main Street Meats, and the Scenic City Supper Club.

With its convenient location—Chattanooga is less than a four-hour drive from Nashville, Atlanta, Asheville, and Knoxville—the city isn't just a central hub for businesses and travelers, it's also a destination for top-of-the-line farms. "There's so many farms per capita in Chattanooga and so many local foods available," Loomis says, pointing to Flying Pig Ranch as one of his favorite suppliers. "The food that's available to us here is absolutely amazing." 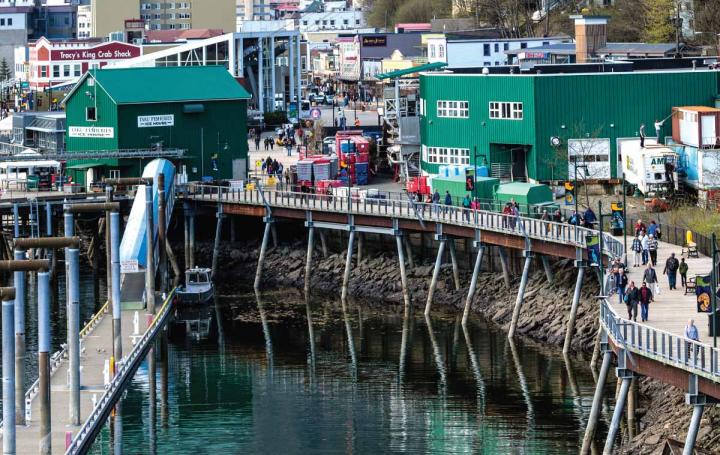 Reachable only by plane, boat, or ferry, this Alaskan capital may be off the grid, but its restaurant scene should certainly be on your radar. Though Juneau covers more than 3,200 square miles—larger than the entire state of Rhode Island—its standout dining spots are primarily concentrated in the growing downtown area, where locals sit side-by-side with the nearly 1 million visitors who pour out of cruise ships each year. And what are they all eating? Food fresh from the ocean, of course.

"In the summertime, we have an abundance of seafood, so a lot of our restaurants here in town will use that," says Lionel Uddipa, chef de cuisine at Juneau restaurant SALT. "It makes the cuisine unique, just because our waters are so cold." In addition to serving fresh Alaskan seafood like salmon, halibut, crab, rockfish, and uni, SALT also offers foraged vegetables, butcher-cut steaks, and wild game.

Nearby Tracy's King Crab Shack is known for its high-quality king crab, while Sandbar and Grill is the go-to for fried halibut chips. To satisfy cravings that go beyond seafood, guests and residents can head to Pucker Wilson's for Juneau's best burger or In Bocca al Lupo for Neapolitan-style pizza and pasta.

Chefs enjoy access to a bounty of wild goods—berries, mushrooms, fiddleheads, nettles—plus previously hard-to-source vegetables thanks to a growing number of hydroponic greenhouses. Despite this, restaurants in the secluded city do face a number of challenges.

"Everything has to be shipped by barge, and it takes a week to get here," Uddipa says. "So you have to be well-organized and well-educated when it comes to being a chef over here."