7 of the Hottest Restaurants in the U.S. 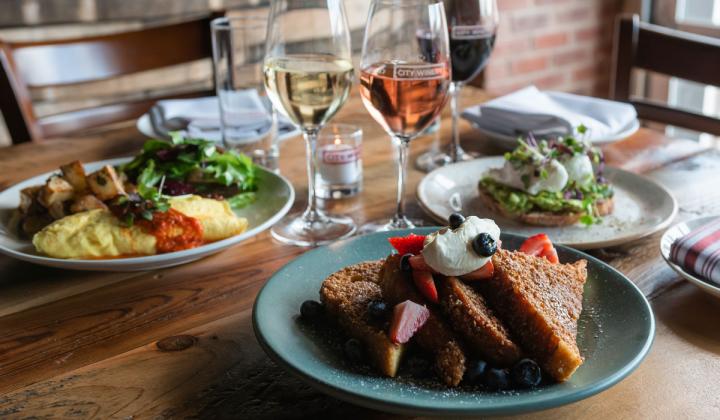 Restaurants Heat Up
Last year, a number of promising full-service concepts joined the restaurant landscape—here are a handful of FSR favorites.
2 of 8
Andrea Merrill 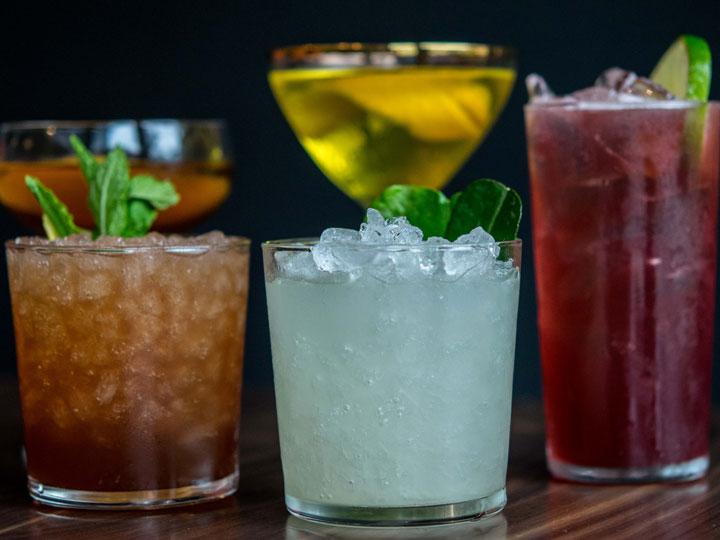 Little Donkey
Location: Cambridge, Massachusetts. The rule, when Jamie Bissonnette and Ken Oringer opened Little Donkey in Boston in July, was that there were no rules about the cuisine. The menu might feature a biryani curry, Asian noodles, flautas or pasta. “With this restaurant we have no confinement—we can do any style of food and it will work,” Bissonnette explains. Despite this, the menu remains pretty small—25 items—but that’s deliberate, so the duo can play around. They do have a daily raw bar, however, that they are both very passionate about. “We wanted a raw bar that is expressive of all the different cultures,” Bissonnette says. Little Donkey’s raw bar features an abundance of local seafood along with some eclectic items like gooseneck barnacles, snow crab from Canada, and Santa Barbara sea urchin. And the menu touts a rotating selection of charcuterie, too. The charcuterie is often incorporated into composed dishes, such as Vietnamese bologna with a fried squid salad, or used as an ingredient—in a stuffing for example.
3 of 8
Emily Andrews 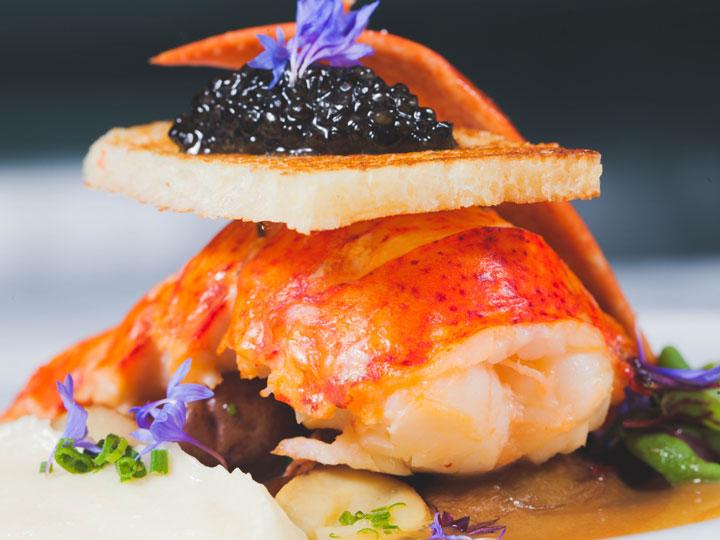 Steadfast
Location: Chicago. Eight years after Greg Mohr and Scott Weiner opened their first restaurant under The Fifty/50 Restaurant Group, the pair have branched out with their first fine-dining restaurant. Steadfast was exactly what the financial district in Chicago needed, they say, even if it was a new type of restaurant to add to the group’s portfolio, which includes a sports bar, a bakery, and pizza places. “Our thought process was that we’d create an exceptional experience to make people want to come to this area for dinner, and fill the void for that fine-dining lunch that hasn’t existed for years here,” Weiner says. The restaurant features New American cuisine with Mediterranean and Portuguese influences, honing the backgrounds of its two chefs, who grew up in Portugal and Egypt. In September Steadfast’s tasting room opened, boasting a 14-seat chef’s table. The focus is mostly themed dinners, and once the restaurant has found its feet, the owners say, it may bring in guest chefs, too.
4 of 8
Dillon Burke 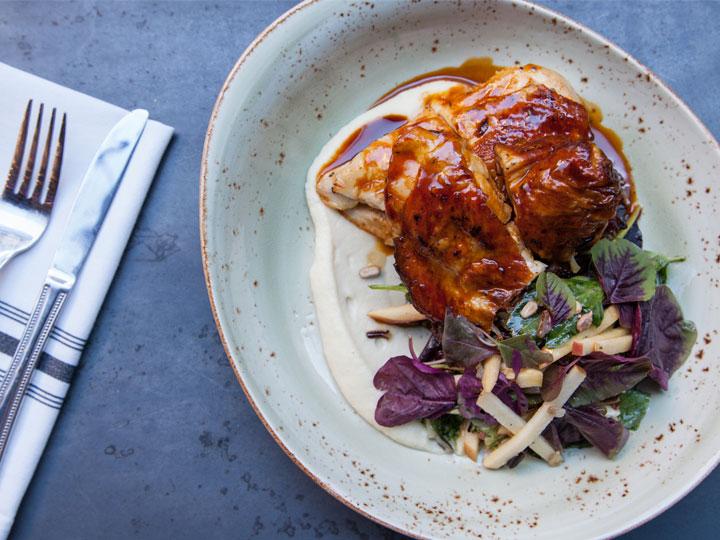 Union Fare
Location: New York City. Spanning an entire city block in the city that never sleeps, Union Fare aims to capture business throughout the day. This 23,000-square-foot venue contains a seasonal American restaurant, a bakery, and a gastrohall that features culinary stations such as poke, a café and wine bar, roasts and soups, street food, and charcuterie. Off to one side of the restaurant is a bakery, open 8 a.m. to 9 p.m., which also provides desserts in the restaurant. Here, Union Fare offers everything from pretzel bombs to flavored croissants, with unusual selections like birthday cake and green tea. Operating all of these concepts under one roof does, of course, generate efficiencies. Labor can be maximized, says owner William Kim, and most staff is trained to crossover between concepts. However, a project of this scale requires a lot of staff, he adds, which also requires many levels of management. “The real efficiency is in the utilization of the space and resources,” he says. “We have one very large kitchen, one culinary team, and we purchase like a very large restaurant.”
5 of 8
Eric Wolfinger 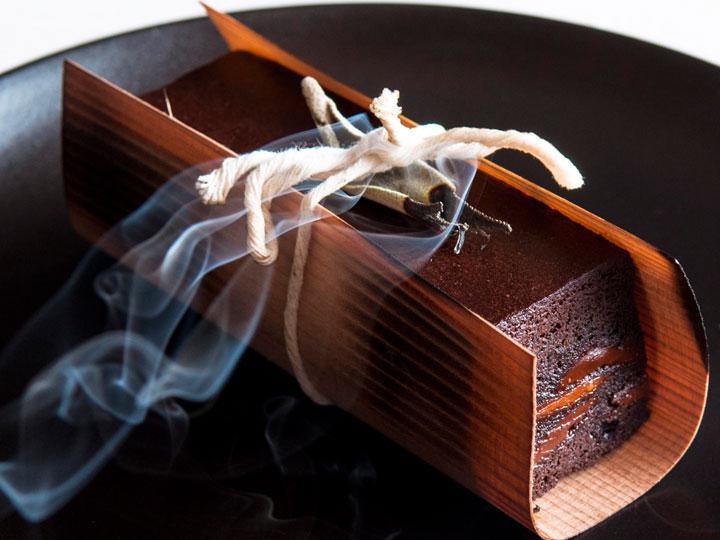 In Situ
Location: San Francisco. The irony of In Situ is that it is an extremely original restaurant that has nothing original about it. Each dish on the menu is the re-creation of a dish by another chef/restaurant from around the world. The dish will either be lifted directly from the chef’s restaurant, or one that the guest chef has created specifically for In Situ. Since the restaurant is located within the San Francisco Museum of Modern Art, the goal was to embody the spirit of a museum by showcasing the interesting works from other chefs that the public could enjoy. About 100 chefs, including Chez Panisse’s Alice Waters and wd-50’s Wylie Dufresne, have contributed to In Situ. The contributions change regularly “to maintain a balance of flavors, cooking styles, and origin,” says executive chef Brandon Rodgers. There’s no theme to the food at In Situ. In fact, “each [dish] represents a different perspective and illustrates modern cooking in a different way,” Chef Rodgers explains. “We want to have a variety of cooking styles, types of ingredients, and cultures. Having that range is what makes In Situ less like a traditional restaurant and more like an exhibition.”
6 of 8
Stock & Stable 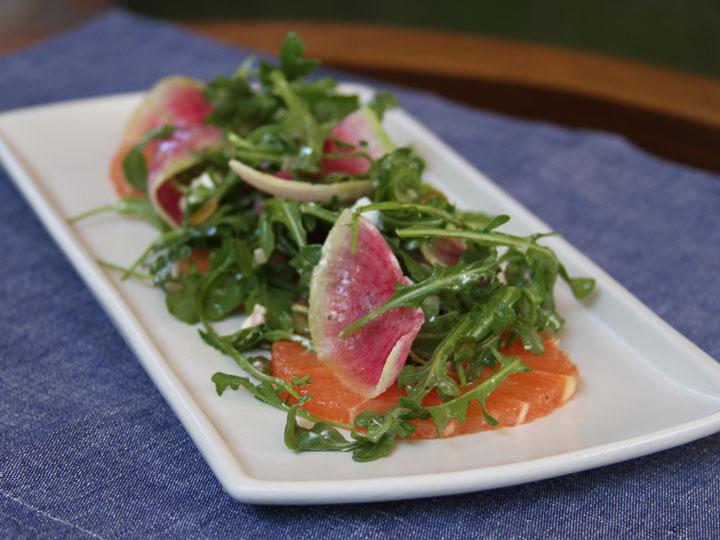 Stock & Stable
Location: Phoenix. Stock & Stable may be a modern American gastropub, but its executive chef and co-owner, Joe Absolor, sees it as a neighborhood hangout intent on offering the ultimate in hospitality and great food. The menu features American comfort food with a modern twist, but Absolor’s true goal is “to cook great fresh food that’s elevated, but still recognizable, and that has delicious flavor in every bite.” The focal point of Stock & Stable is an expansive bartop that seats 25, where guests can charge their smartphones or work from their laptops thanks to built-in USB ports and free Wi-Fi. “I want this to be that spot where everybody comes to hang out,” Absolor explains. Upstairs at Stock & Stable is a hidden upscale cocktail bar, Honor Amongst Thieves, which is a complete contrast to the restaurant below. “We wanted a small comfortable bar that makes you feel like you’re in a different city,” Absolor says. This bar, an intimate but windowless cocktail lounge, offers handcrafted drinks and snacks.
7 of 8
David J. Bradley 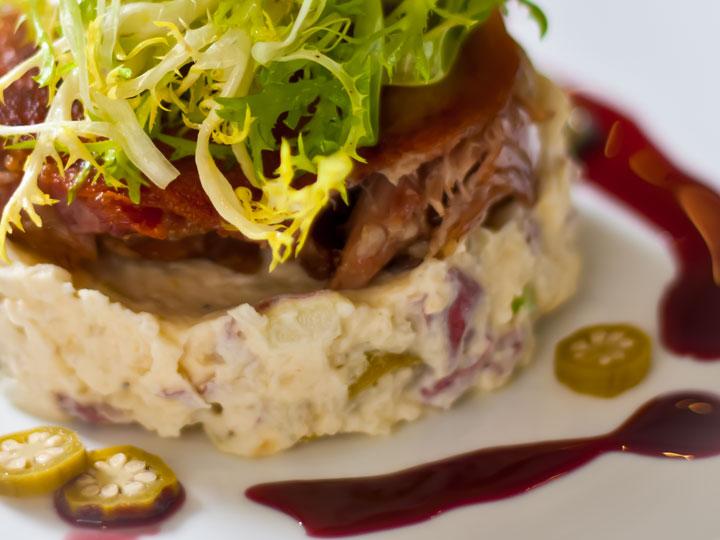 Trinity
Location: New Orleans. Trinity is not what you’d expect to find in the heart of Louisiana. It’s sleek and modern, with gray, white, and stainless steel tones, and Italian marble throughout. This monochromatic palette was intentional. “I want the color to come from the food, the drinks, the people,” says owner Hugh Uhalt. “You want the design to be appealing, but I want people to focus on each other and on the food.” The marble was such an important element that he picked it first—then worked everything else around it. Even the flatware, which isn’t shiny, but dulled down to blend in, was selected to complement the overall design. Uhalt describes Trinity as an “exotic escape” from more traditional NOLA restaurants, particularly given that it serves food that is not straight-up Cajun or Creole, though it comes as no surprise to find elements of each cuisine. Trinity’s location is also a departure from NOLA norms as it is in the lower Decatur neighborhood, which was once considered a little downmarket, but Uhalt’s intention was to “put a higher-end spin on an area that’s coming back with a vengeance.”
8 of 8
Dylan + Jeni 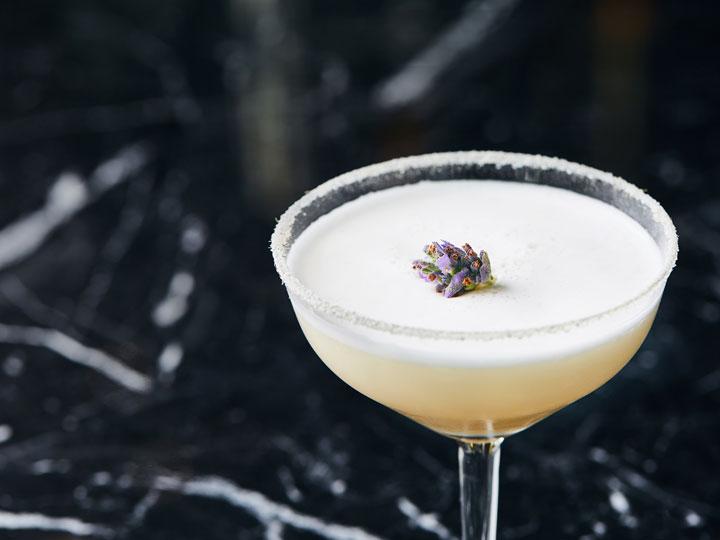 Paley
Location: Hollywood, California. Housed in a building created for CBS Radio in 1938, Paley is respectful of its L.A. roots and the concept exudes a feel of Hollywood’s golden era. “Paley is a glamorous tribute to the past, presented in a way that’s completely of the moment,” says Chris Roache, national director of food and beverage of Plan Do See, the company that created Paley. This restaurant was founded on the Japanese principle of omotenashi, selfless service with a spirit of warmth and respect. “At Paley we strive to anticipate a guest’s specific need before they even realize they have that need,” Roache says. “It’s really about noticing the details,” he adds. The whole feel of Paley is of mid-century Hollywood glamour, with high ceilings, abundant glass, dark wood, and marble pillars. But it’s in the small details that the concept truly shines. In the main dining room, lights hang down like the radio microphones of the '40s, and a brass soffit that flows through the entire space is decorated with the mesh design of old-time microphones.