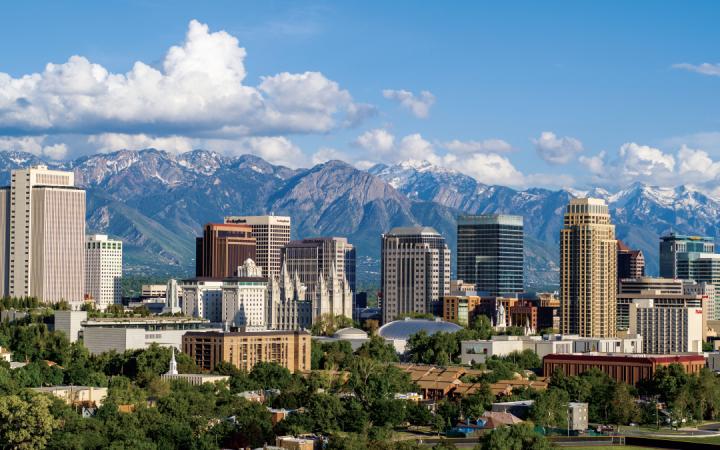 It’s a complicated time for operators looking to grow. The rising cost of goods and services, a cutthroat real estate market, supply shortages, and lingering worries over Covid all make for a risky landscape to open a restaurant. But those risks come with the possibility of a major payoff. Cities are pursuing multiple ways to drum up new business, and customers are ready to dine out, both in their cities and while traveling.

The seven cities spotlighted in this year’s Hot Markets report are some of the nation’s most promising areas for foodservice operators looking to break in or build out existing establishments. Whether due to massive projected growth (like Phoenix and Salt Lake City), bustling tourism industries (see: Portland, Maine, and Tampa), or a prime location that offers both industrial and agricultural resources (as in the case of Minneapolis, Indianapolis, and Charlotte, North Carolina), these cities offer ample reward to operators willing to take a leap of faith. 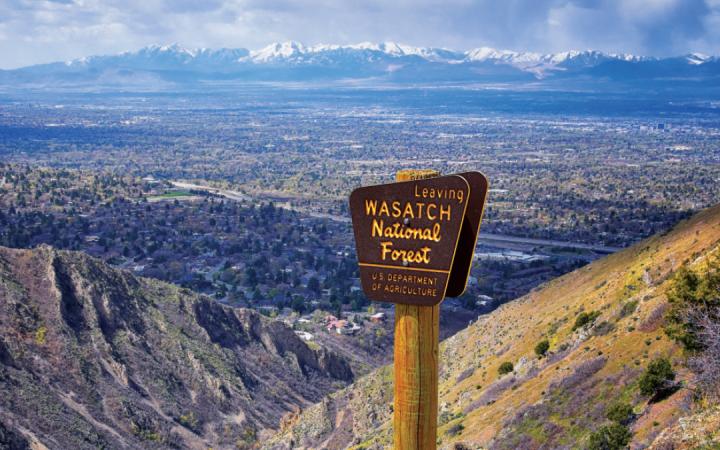 Utah is one of the fastest growing states in the nation, according to the 2020 census report, and its capital (which is also its biggest metropolis) is leading the charge. In recent years, Salt Lake City has positioned itself as a hub for the technology industry, even earning the nickname of “Silicon Slopes,” as workers move to the area from pricier—and often coastal—locations. Newcomers to Salt Lake City are rewarded by a number of benefits, including access to ample outdoor activities and an open-minded culture that expands notions of the Mormon-majority state (as of January, racial and ethnic minorities comprise the majority of its city council). On top of it all, is a plethora of dining options that trend toward a casual, comfortable vibe.

While the industry has expanded to meet the needs of the city’s growing population, it still has more growing to do; a 2022 study from the University of Utah predicts that the state will add more than 2 million residents in less than 40 years, with Salt Lake City maintaining its position as the largest county in Utah. 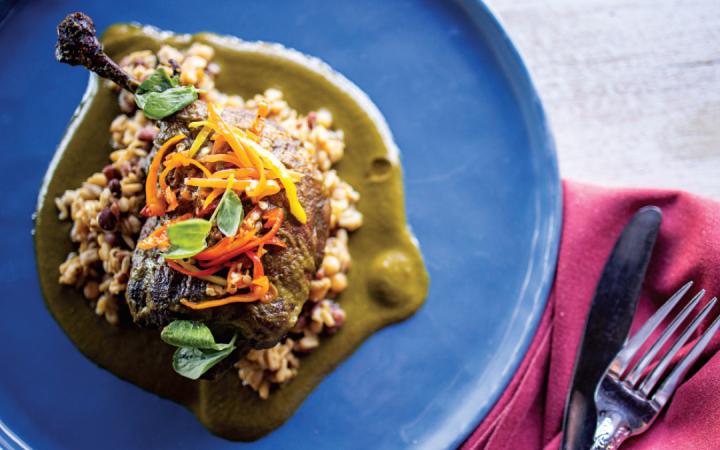 Charlotte, North Carolina’s nickname of the “Queen City” is a fitting one. The city is emerging as one of the crown metropolitan jewels of the Southeastern U.S., nabbing the 30th spot on U.S. News & World Report’s 2022 Best Places to Live list. And the city’s high livability coincides with a thriving real estate market; in a new study by Quicken Loans, Charlotte boasted the 18th hottest real estate market nationwide.

Leah & Louise is one of the major players in an expansive network of concepts that draw from Southern tradition in Charlotte, but diverse eating and drinking options abound. This year alone has seen a range of openings, including Para Charlotte, a hip, Asian-influenced small plates spot, and Yunta, a sleek concept specializing in Nikkei cuisine (Peruvian ingredients prepared via Japanese methods). Both have been highlighted by Eater as some of the city’s most sought-after restaurants. With launches this year in nearly all of Charlotte’s neighborhoods across a variety of categories, the Queen City scene is ripe for new ideas. 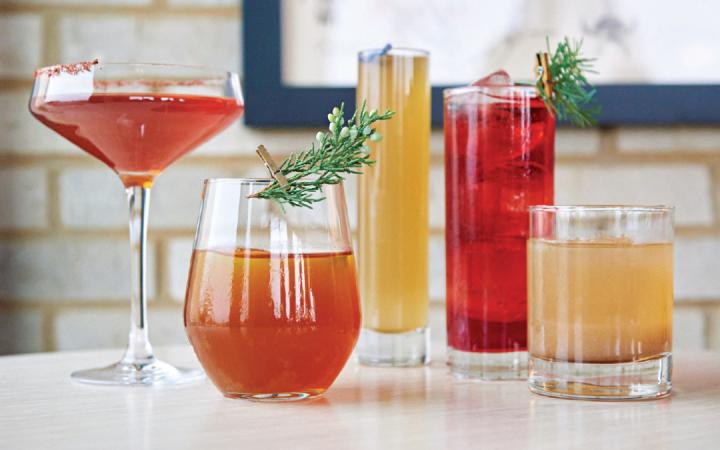 The Twin Cities have faced difficult times in recent years, but signs are pointing to a prosperous and equitable future for all, and socially minded restaurants can be part of these changes.

Minneapolis is the second largest economic center in the Midwest, coming in only behind the Windy City, and boasts one of the highest concentrations of major corporate headquarters in the country, including multiple Fortune 500 companies. The city even recorded the lowest unemployment rate in U.S. history in August, logging a mere 1.8 percent. Minnesota ranks fifth in the nation in terms of agricultural production, per the U.S. Department of Labor and Industry, and its most populous city is poised to take advantage of the $17 billion industry. The potential economic and environmental benefits of Minneapolis are, to say the least, abundant.

The dining scene reflects this abundance, with a growing and diverse population; the city’s Metropolitan Council projects it will gain more than 800,000 residents over the next 30 years. This fertile dining landscape has enabled exciting new concepts to find footing. Case in point: Owamni by The Sioux Chef, a modern Indigenous restaurant helmed by Dana Thompson and chef Sean Sherman.

The restaurant, which opened in 2021, takes a decolonized approach to its menu, foregoing foods colonists brought to the Americas centuries ago, such as dairy, in favor of native ingredients. The concept earned Sherman a third James Beard Award—his first for Best New Restaurant—and is one the most noteworthy entries in Minneapolis’s ever-expanding catalog of innovative new restaurants. 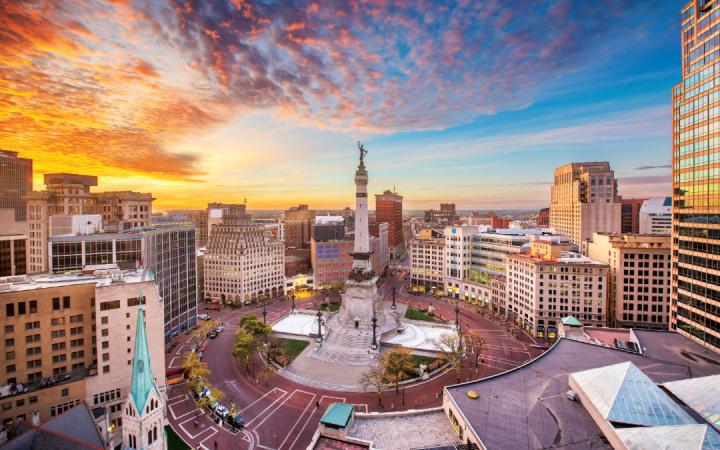 It’s been a landmark year for the Indianapolis food scene. Chef Thomas Melvin nabbed a semifinalist spot for the James Beard Award for Best Chef: Great Lakes for his work at Vida, a serene New American spot with an on-site herb garden and plenty of outdoor dining that reflects the city’s dedication to sustainability. This year, the city was also named one of America’s Next Great Food Cities by Food & Wine. The publication cited the city’s culinary diversity and devotion to accessible, quality dining as reasons behind its growing success. In addition to Vida, standouts include Bluebeard, a James Beard–nominated farm-to-table concept (see sidebar), and fusion favorite Chapati, which blends Pakistani, Indian, and Middle Eastern fare.

As Indiana’s center for conferences, sports, and other happenings, Indianapolis draws a stable stream of tourists and maintains a stronger labor force than other parts of the state.

The population will continue to grow, but Indy’s hidden edge is its proximity to ample farmland. According to the Indiana Department of Agriculture, it’s the 10th largest farming state in the U.S., as well as the eighth largest agricultural exporter.

For operators looking to build in Indianapolis, its location is arguably its greatest advantage; as supply chain disruptions and shortages continue to impact the industry, access to a fresh supply of local ingredients is no small perk. 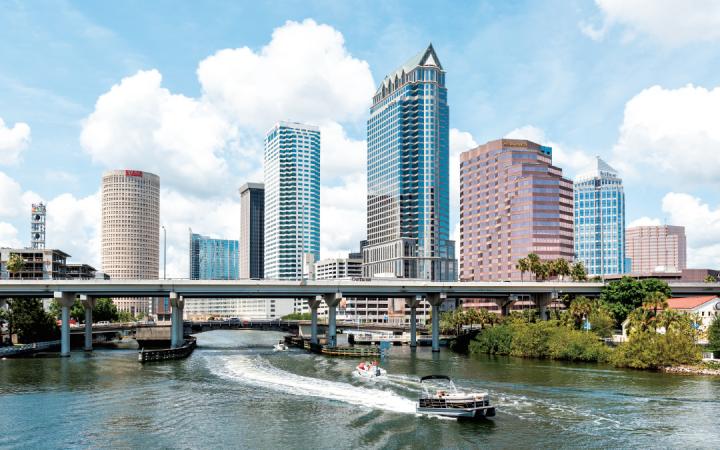 Located close to Florida’s abundant agricultural areas and with a solid commercial fishing industry to boot, Tampa is a foodie paradise, thanks in large part to the city’s rich cultural roots. And according to census data, Tampa’s collective population is more diverse than several other U.S. cities of a comparable size, such as Boston and St. Louis. That cultural heritage is reflected in its cuisine; the city is famous for its Cuban sandwiches, but beyond this, it boasts several distinct neighborhoods that maintain individual culinary reputations. For example, the SoHo neighborhood is famous for Bern’s Steak House, a fine-dining hub that has been open since 1953, while nearby Seminole Heights offers a modern, bohemian appeal. The latter neighborhood is home to concepts like Ulele, a locally sourced eatery inspired by Floridian indigenous traditions, and Rooster & the Till, an inventive New American restaurant serving creative plates and events, such as this year’s visiting chef dinner series (see sidebar).

The ability of legacy restaurants to operate successfully alongside cutting-edge concepts is proof of Tampa’s diversity—and its thriving tourism industry. With mild, dry winters and proximity to white-sand beaches, Tampa’s visitor season is long and fruitful.

After a brief dip early in the pandemic, Tampa tourism rebounded to pre-pandemic levels in 2021, with the city bringing in 30.9 million visitors in the last quarter of 2021 alone, per Visit Tampa Bay. And with tourists coming from all corners of the country, Tampa restaurants could find themselves busy with locals and vacationers alike. 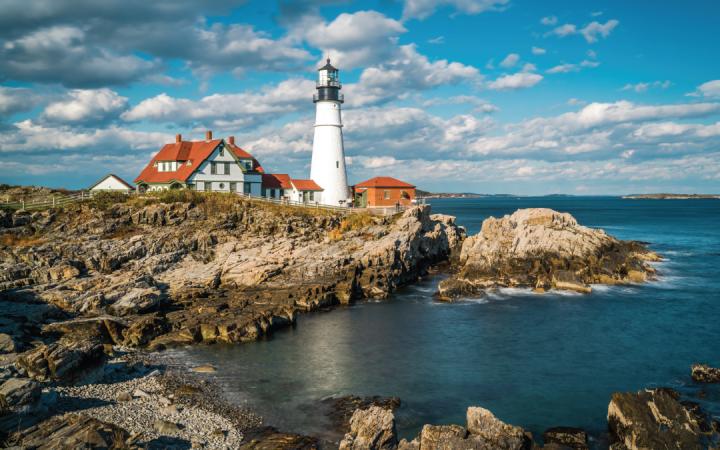 Portland, Maine, is steeped in seafood tradition, largely thanks to its status as a commercial fishing center. The fishing industry connects to the city’s bountiful dining scene through restaurants like Eventide—a James Beard Award–winning oyster bar renowned for its brown butter lobster roll—that deal in the freshest fare from the sea.

But there is plenty of space in Portland for concepts of other varieties, too. As a buzzy tourist town that brings in slews of out-of-towners annually, Portland is poised to continue flourishing as Americans move farther from 2020 shutdowns and resume travel at levels that are, in many cases, proving to be greater than they were pre-pandemic. Thus, the city is adding restaurants to its already robust dining scene, and newcomers are getting attention. For example, Leeward—an Italian eatery focused on simple, fresh pastas made with painstaking care—was a semifinalist James Beard nomination for “Best New Restaurant” and brought in scores of positive reviews.

And while the summertime tourist season might prove most lucrative for operators, Portland brings in guests year-round. As the state’s largest city and strongest economic region, Portland posts a high success rate for small businesses in particular. 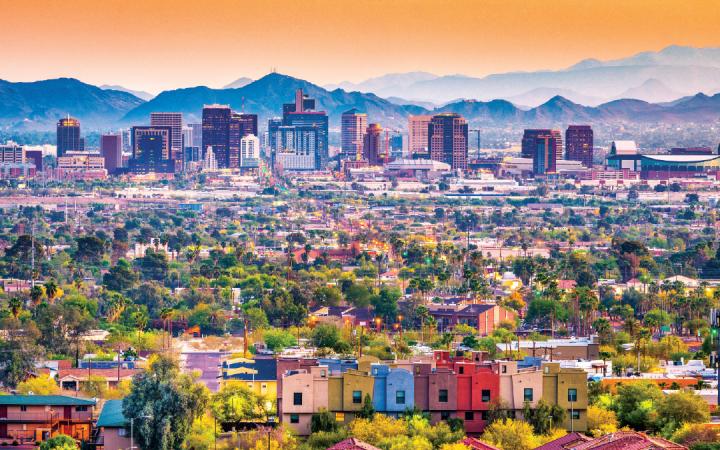 Temperatures aside, Phoenix is hot. Per the U.S. Census Bureau, the city is the fifth most populous metropolis in the nation, and 2021 marked Phoenix’s fifth year as the fastest-growing city nationwide. This rapid yet steady growth is at least partly connected to people leaving California (to the tune of 70,000 in 2019, per the census) and other expensive markets in search of a more affordable metropolis.

High immigration is also contributing to the city’s growth, with immigrants from Asian countries accounting for the second largest source of new residents. This shift is showing up on menus with Asian foods—including many Filipino dishes—cropping up.

The resulting mix of inhabitants in Phoenix has created a dining scene that is more vibrant than ever. New concepts are cropping up in nearly every category, offering high levels of culinary innovation and cutting-edge dining experiences. The city’s energetic dining scene earned it not only four James Beard Award semifinalists this year, but also two winners. One of these, Chris Bianco, debuted the first of his Phoenix institutions, Pizzeria Bianco, an artisanal pie concept, in 1988. This year, he opened another location in Los Angeles—just one example of the growing influence of Phoenix on other culinary scenes.

While Phoenix’s industry is flourishing, it’s nowhere near saturated. As incoming residents continue to make the city their home, the need for fresh concepts is only increasing. In the case of Phoenix, more people means more competition, but also more customers and more payoff for those operators willing to take a chance on the city.