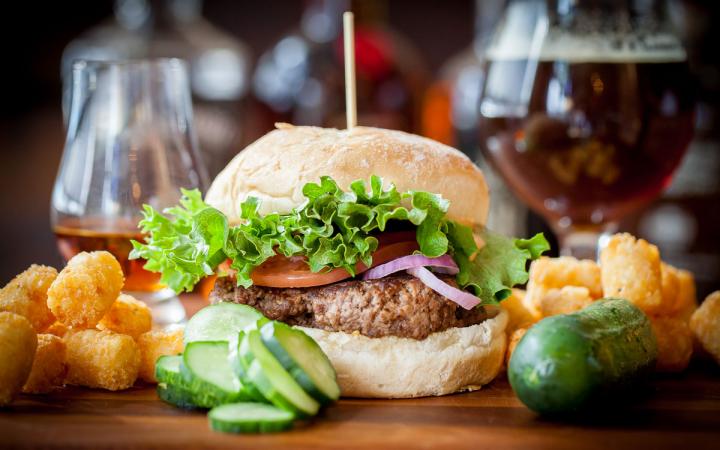 Burgers. Beer. Bourbon. Do you really need to know more? This nine-unit chain on the East Coast is quickly becoming essential eating with its focus on simple, quality ingredients, and delicious drinks. They even have certified cicerones to oversee the craft beer program, which includes Oh b’Haze, their flagship house American Pale Ale, brewed in partnership with Harpoon Brewery.

Owner/operators Al Gamble and Shawn Skehan oversee all of the current locations, and have their eye on expanding in New England and the mid-Atlantic in the near future. In terms of growth strategy, a spokesperson for the group says: “The company is focused on driving organic growth by increasing our repeat visit percentage, as well as leveraging our menu design and offerings to keep up with guest preferences and trends, such as adding the Impossible Burger and localizing each location's draft and package list. We are also focused on continuing to develop strategic partnerships with local and national organizations.” 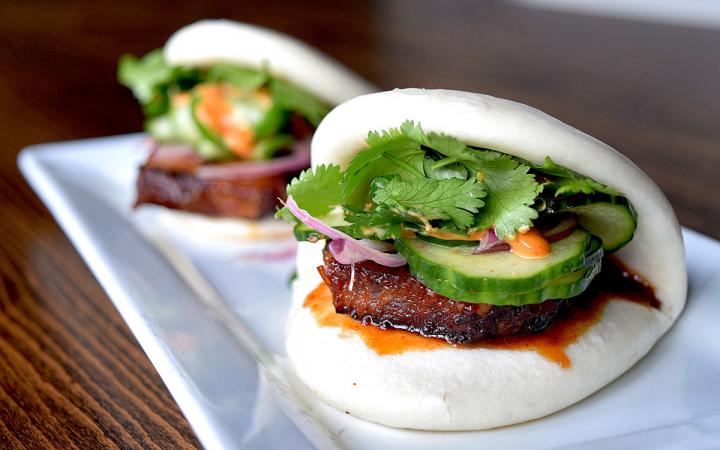 For a gastropub to stand out in the current saturated market, you know they have to be doing something really stellar. Enter Thirsty Lion, the Oregon-based chain that specializes in made-from-scratch, innovative food items and creative cocktail selections designed to introduce guests to new flavors while still highlighting old favorites.

The brand has always prioritized site selection over rapid growth, ensuring that every new location is a perfect fit for their vision. The restaurants are also privately held, allowing another degree of control over the brand’s vision. There may be only 9 locations now, but by 2020, you should be able to take your pick of 21 individual restaurants, including a few on the East Coast. 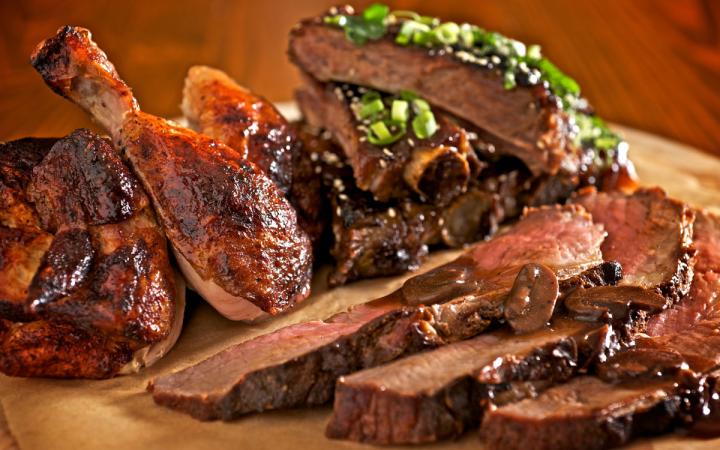 After meeting at a catering event, chefs Hans Limburg, Gary Darling, and Greg Reggio came away inspired. The trio, who named themselves the Taste Buds, wanted to work together on a fast casual concept inspired by food markets in Europe, centered around rotisserie cooking. Thus Zea was born in 1997 just outside of New Orleans.

While the company explored its options with franchising, they eventually decided to keep all stores under their own umbrella, believing that this puts them in the best position to fund future growth. And that growth is coming: Zea plans to open one new restaurant per year, with the next store planned for August 2018 in Denham Springs, Louisana. In addition to the new restaurants, the group is focusing on growing their business through online ordering and delivery platforms, as well as increasing their beverage and alcohol sales. 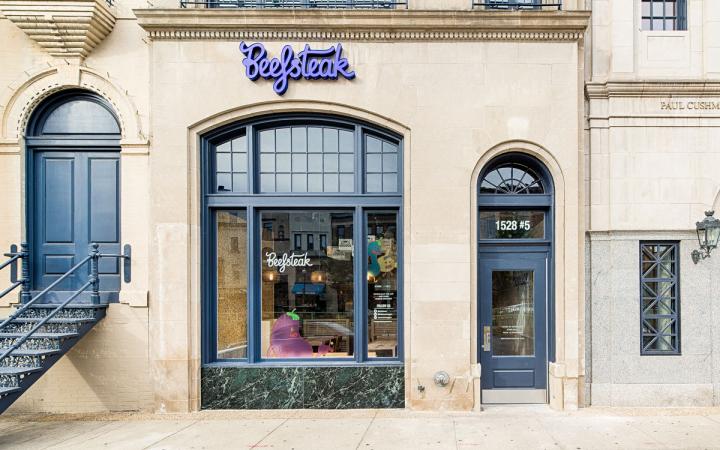 It’s not many chefs who have the chutzpah to have their tagline be “Vegetables, unleashed,” but José Andrés has always been one for taking risks. The James Beard award winner’s newest project isn’t vegetarian, but it does bring produce into the spotlight. Seasonal veggies are showcased in a variety of bowls, salads, and more, available with or without animal protein.

Beefsteak currently has three locations, all on the East Coast, including one on the University of Pennsylvania campus. The UPenn location, which was launched in conjunction with Bon Appétit, a subsidiary of Compass Group USA, is part of the group’s model moving forward. The growth model includes a three-year partnership between Andrés’ and Compass Group USA, bringing the chef’s expertise to restaurant managed by Bon Appétit in places like universities and specialty venues. A planned fourth location in the Cleveland Clinic will be an extension of this partnership. 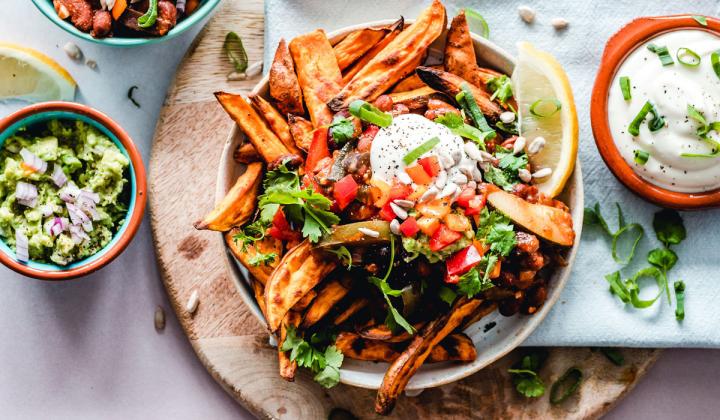 Chicago has no shortage of great burger places, and Epic Burger is no exception. What sets this chain apart is the focus on all-natural ingredients for its burgers, fries, and shakes, as well as on the environmental impact of how the food is produced, transported, and packaged. Since 2008, owner and founder David Friedman has opened eight additional restaurants in the Chicago area.

The brand has implemented several novel strategies to continue to grow in an ever-changing industry. In addition going cash-free, which reduces the restaurants’ carbon footprint, it also became one of the first chains to embrace the meat-free Beyond Burger, which has been a huge success with meat-eaters and vegetarians alike. They’ve also introduced a Halal-certified beef burger to the menu for the city’s Muslim community, which is often overlooked in terms of fast-casual dining options. 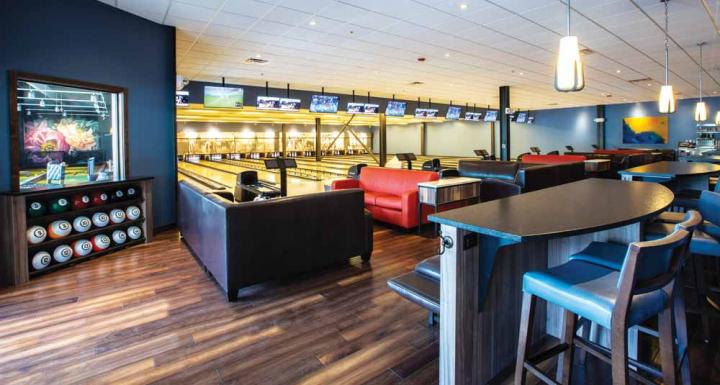 A strong contender in the “EATertainment” category, Pinstripes’ combination of bowling, bocce, and casual dining have made it a fast favorite among guests who want a little excitement with their meals. CEO Dale Schwartz opened the first location in 2007, but in reality he’d been planning it for over 30 years. “Inspired by his love for bowling as a child, Dale wanted to offer people the opportunity to connect in a unique community-style atmosphere combining bowling, bocce and casual dining in an upscale environment,” says the company.

A key part of the company’s success has been its ability to host all sizes of groups, from friends gathering for dinner, to large-scale events like holiday parties and bar mitzvahs. While there are currently nine locations, two more are scheduled to open in the near future, and Pinstripes plans to open two to four locations per year after that. 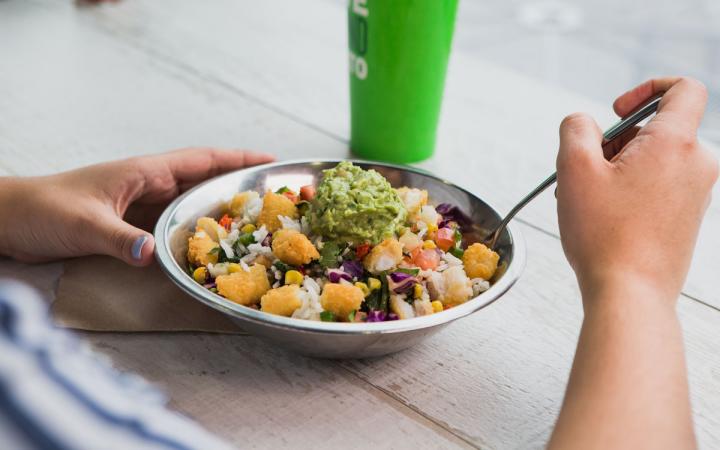 The owners of Überrito know a thing or two about Mexican food, having built Houston cult favorite Mission Burrito from the ground up. They switched gears in 2014, focusing on custom-made burritos, bowls, and more, with more than 40 fresh ingredient options. “Überrito delivers on its promise to go above and beyond the basic burrito and encourages customers to try something nü,” says the company.

While all six stores are currently company-operated, Überrito has plans to expand—and fast. They recently signed a deal to potentially open more than 100 franchise locations across Texas. They’re also working with workplace food company Fooda, bringing lunchtime pop-ups to offices in Houston and Phoenix, creating even more demand for their customizable product.