7 of America’s Most Legendary College Restaurants 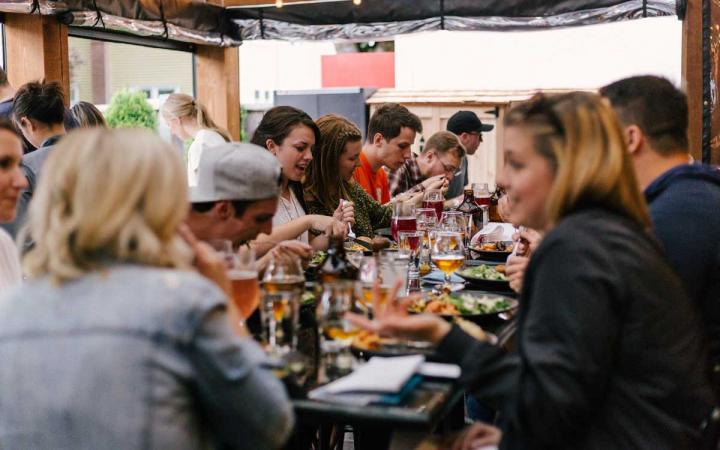 From dusk to dawn or dawn to midnight, these restaurants are fueling some of the biggest universities in the country. Done right, a restaurant in a college town can turn into a landmark almost as notable as the university itself. These eateries have some of the best bites for all parts of a student’s life from a late night out to a hangover cure the following day. Here are some of the most successful full-service restaurants near or on college campuses across the country. 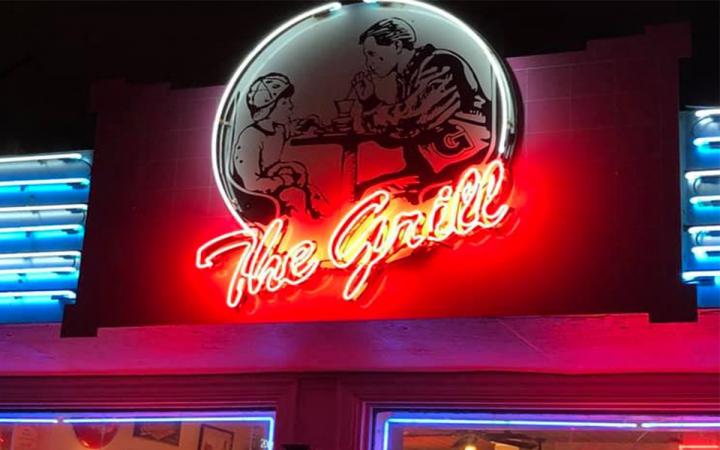 The Grill in Athens, Georgia

University of Georgia: Open 24/7, The Grill is the place where students head after the bars close at 2 a.m. The 50s-style diner is known for its menu full of drunk food—shakes, fries, and burgers—that satisfy students and locals. The Grill, which opened in 1981, is the second-oldest restaurant in downtown Athens.

3 of 8
Rotolo's Craft and Crust 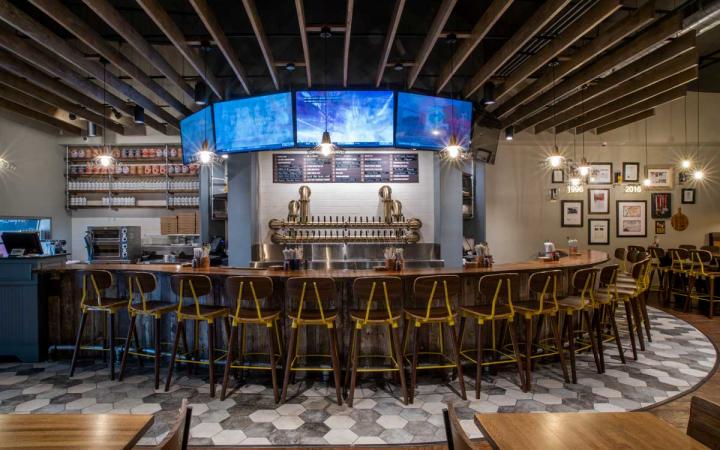 The idea to open a pizza-and-bar restaurant came to Mitch Rotolo Sr. in 1996 when he was exploring the scene around LSU.

“[It started] as a quasi-business, quasi-fun hobby project, you know? I liked hanging out around the college campus areas and I didn’t make it through college,” Rotolo Sr. says. “So, I had an opportunity to open a college bar pizza joint and I took it.”

He adds, “And, of course, at 24–years-old I liked the bar scene a little bit, so I was good at that, too. I combined them together and Rotolo’s was born.” 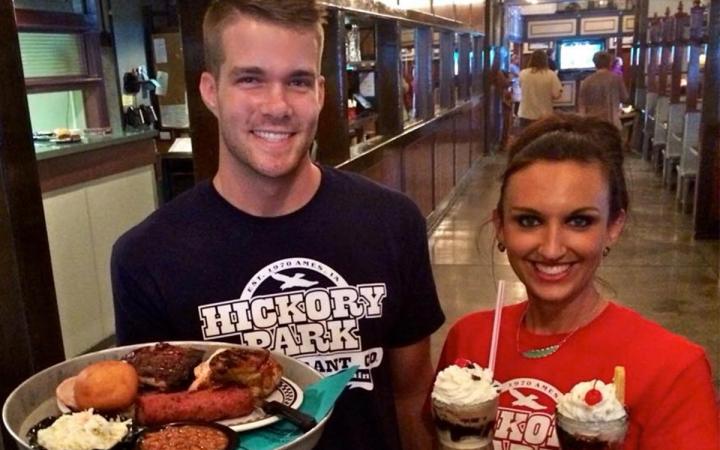 Iowa State University: This BBQ joint has been serving Cyclones since 1970. With over 100 items on the menu and generous portions, Hickory Park not only is a smokehouse, but also features an old-fashioned ice cream fountain for those with a sweet tooth. 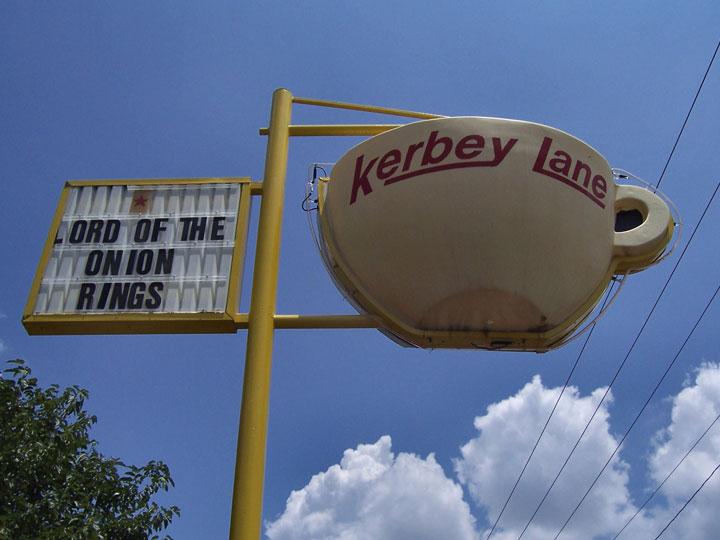 University of Texas at Austin: Most students depend on caffeine to get them through the week, but Austin undergrads power up with something else: queso. This 24-hour café serves up a special version called the Kerbey Queso, which is guacamole topped with white queso and pico de gallo. It’s a favorite menu item both late at night and early in the morning. 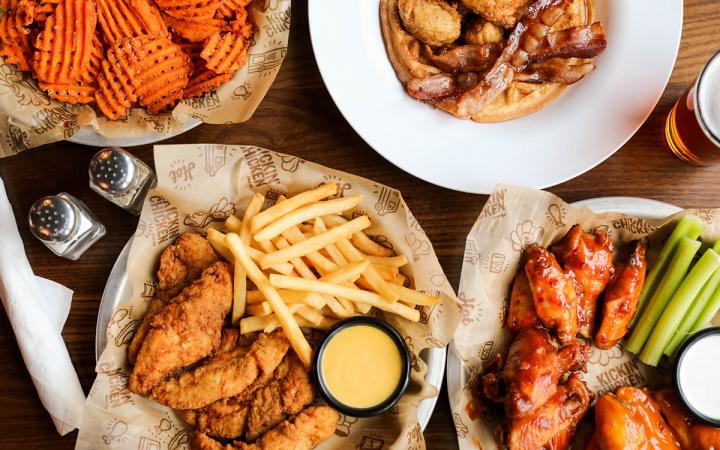 College of Charleston: After graduating from the University of South Carolina, Charleston locals Chip Roberts and Bobby Perry decided to open this fried chicken joint in 1997. Along with a fried chicken sandwich, guests can also order from a full bar. Fried chicken nuggets and a pint of beer sounds like a great snack during happy hour. 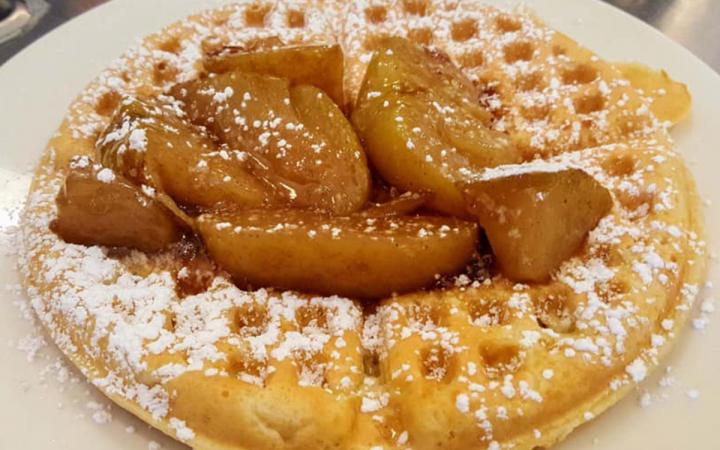 University of North Carolina: Located in downtown Chapel Hill, this breakfast spot is just steps away from the campus of UNC. Since opening in 1972, the family-owned restaurant has been churning out made-to-order breakfast classics for students, parents, alumni, and locals. 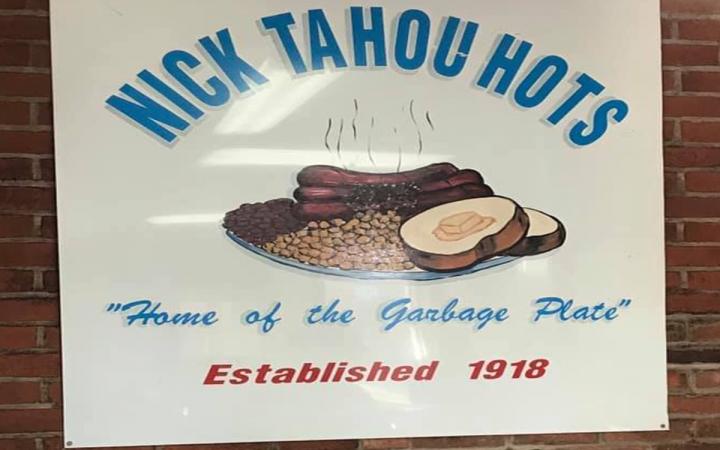 University of Rochester and Rochester Institute of Technology: This upstate New York establishment has been serving guests for almost 100 years. Known as the birthplace of the garbage plate—a mix of ground burger meat, sliced hot dog or sausage, macaroni salad, tater tots or home fries, and baked beans—Nick Tahou’s attracts students whether their drunk or sober.