6 Restaurants that Filed Bankruptcy in 2021 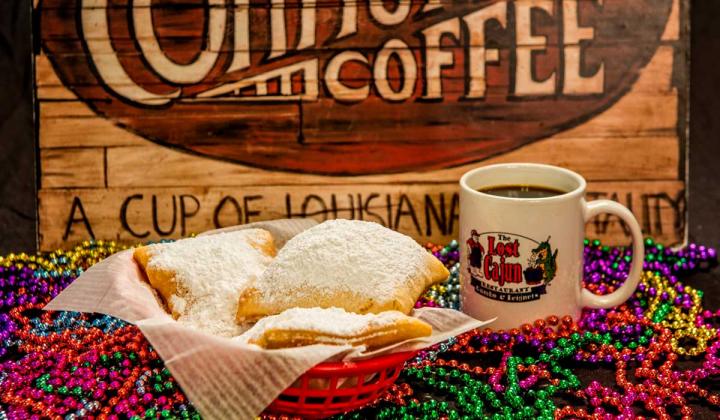 Through the first several months of COVID, casual-dining concepts were plagued by intense governmental restrictions and depleting traffic.

Hundreds of thousands of restaurants were forced to permanently shut down, while others—holding on the best they could—decided court was the best way to climb out of the hole.

A bulk of restaurant bankruptcies occurred in 2020, but there were a handful that trickled into the next year. Here are six companies that have been forced to file petitions so far in 2021. 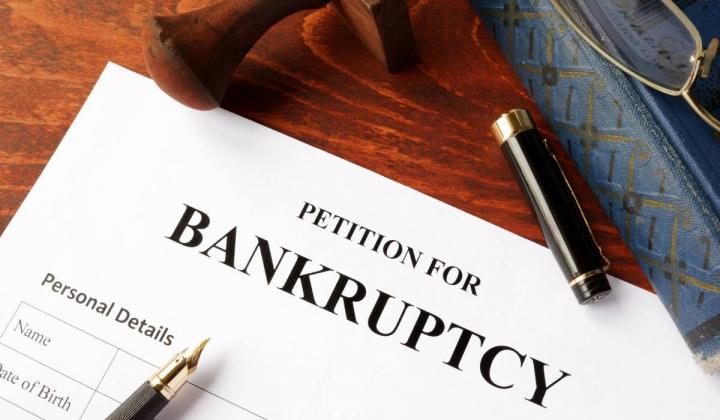 Grill Concepts, parent of The Daily Grill, Public School, and The Grill on the Alley, filed for bankruptcy in late April.

The parent said it implemented “drastic” cost-cutting measures to safeguard and maintain business operations, but that proved to be a difficult task, especially since restaurants were prevented from operating at full capacity due to governmental restrictions, the court filing states.

“As a result of the financial devastation wrought by the pandemic and the associated government restrictions on dine-in service, the Debtors have been unable to generate sufficient cash flows to cover their operating expenses, including primarily lease obligations and tax liabilities, and as a result, they have amassed unprecedented liabilities that cannot be sustained,” court documents state. 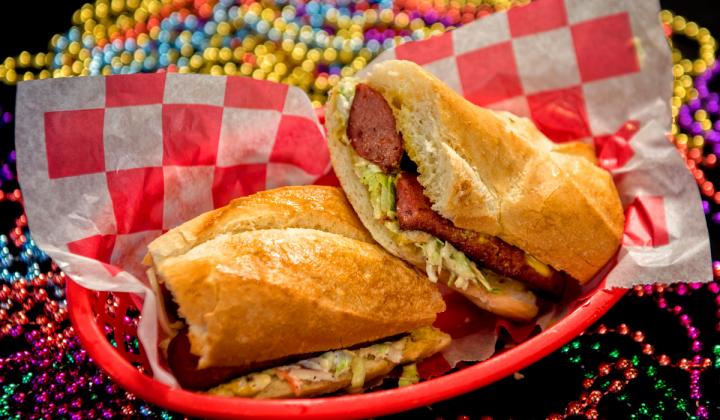 Founder and owner Ramyond Griffin told FSR in late April that with the rate of royalties and lack of franchises, "I had to say, you know what, we’re going to go broke unless we file for bankruptcy."

The Lost Cajun Enterprises, LLC, the company’s 2012-formed franchise arm, filed for a voluntary petition for relief under Chapter 11 of Title 11, Subchapter V, Small Business Debtor Reorganization. The Lost Cajun Spice Company—created in 2016 to coordinate the sale and distribution of goods to the restaurants—also declared bankruptcy.

In October 2016, The Lost Cajun had nine restaurants open across four states, seven of which opened since the start of 2014. The concept said at the time that it hoped to have eight to 10 open by the end of 2017 and as many as 50 in the next five years. But in 2020, franchisees “fell victim to the global COVID-19 pandemic.” The companies had to implement several cost-saving measures, such as cutting salaries and reducing or eliminating fees for “financially distressed franchisees” who either closed stores or were operating at a reduced capacity. 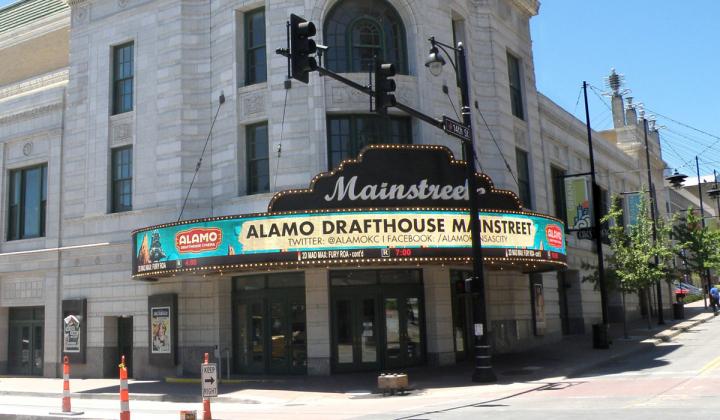 As a part of the proceedings, Alamo Drafthouse Cinema agreed to sell itself to a group of senior lenders, including Altamont Capital Partners and Fortress Investment Group. Tim League, co-founder of the brand, is among the purchasing group. The deal provided Alamo with $20 million in debtor-in-possession financing.

Prior to COVID, the company flourished despite increased competition and industry-wide pressures, and entered 2020 with strong liquidity. That success came to a screeching halt in March when the pandemic arrived and authorities mandated the closure of movie theaters. The company was forced to furlough 80 percent of staff, reduce pay at both the corporate and theater level, negotiate rent deferrals, eliminate discretionary expenses, pause new theater development projects, and cancel its annual film festival. 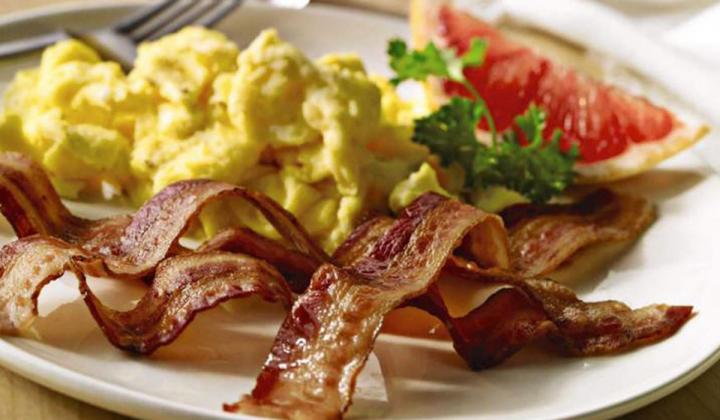 Before the pandemic, the companies operated roughly 90 stores across 27 states. But as federal, state, and local governments implemented shelter-in-place orders, customer spending and foot traffic declined and the restaurants’ liquidity took a major hit. At the time of the filing, all of the stores had closed except six Tahoe Joe’s locations in California. Those six restaurants had a combined revenue of roughly $21 million per year before the pandemic.

“As with almost every one of our peers, buffet restaurants took the brunt of the loss of sales during the pandemic and as such, the path to success requires hard choices to be made, including the rationalization of our overall footprint,” said Jason Kemp, co-founder and CEO of VitaNova, a company that provided management services to the restaurants.

“The precipitous decline in sales at the restaurants resulting from occupancy restrictions and the banning of family-style buffet dining forced the companies to take extraordinary steps, including the closing of multiple locations,” he continued. 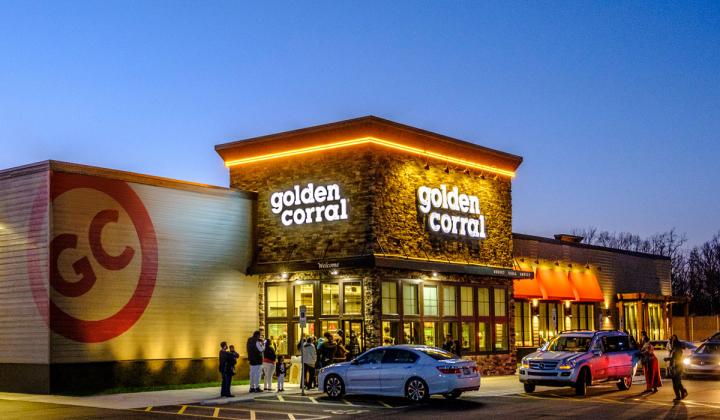 As part of the restructuring, the Jacksonville, North Carolina-based operator permanently closed 16 of its 28 units across West Virginia, Ohio, Kentucky, North Carolina, and South Carolina. That left the franchisee with 12 stores—seven in North Carolina and five in Virginia.

Platinum Corral was formed in 1996 and initially acquired two Golden Corral stores. At one point, the franchisee oversaw more than 30 locations. In 2019, 11 of the 28 stores were recognized for Golden Corral’s Operations Excellence Awards. In the same year, the franchisee earned $89 million in gross sales—its best year on record.

However, when COVID arrived, every restaurant shuttered on March 20, 2020. The franchisee listed around $49.4 million in liabilities and $11.3 million in assets. 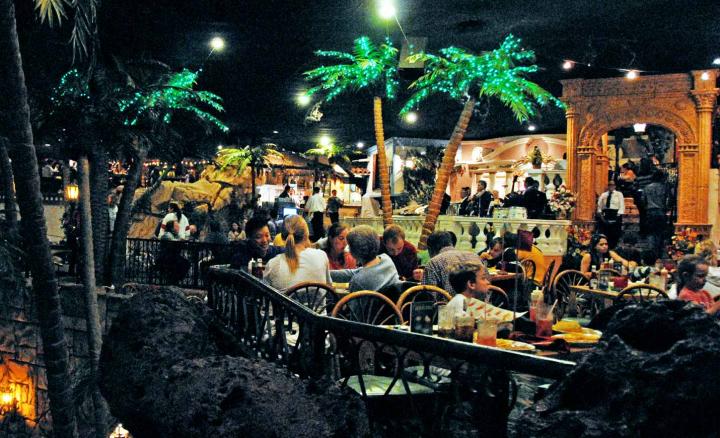 Because of COVID, the concept has been temporarily closed since March 2020. Casa Bonita’s parent, Summit Family Restaurants, reported $4.4 million in liabilities, including $149,900 from an Economic Injury Disaster Loan and $1 million from a Paycheck Protection Program loan. It also reported $3.69 million in assets. In the eight weeks ending March 22, 2020, Casa Bonita reported no income and a loss of $85,139, which is about $10,642 per week.

In August, South Park creators Matt Stone and Trey Parker revealed they were planning to buy the concept. The Colorado-based eatertainment chain, which filed Chapter 11 in early April, has close ties with the long-running cartoon. Stone and Parker became friends at the University of Colorado—Boulder and visited Casa Bonita several times while growing up. The series even dedicated an entire episode to it, titled “Casa Bonita.”

The nearly 50-year-old restaurant features a 30-foot waterfall, cliff divers, stage shows, musicians, and amusement arcade inside 52,000 square feet. The restaurant can hold 1,000 people and was declared a historic landmark by the Lakewood Historical Society.