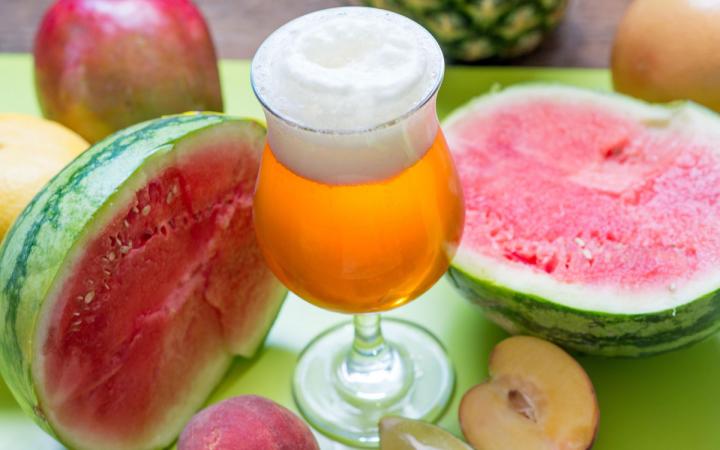 What Does 2018 Have in Store for Beer?
No doubt, we can expect to soon be inundated with all of the requisite best of/worst of 2017 lists. But why dwell on the past when the future carries so much promise? Well, at the very least, there’s the promise of more beer. Let’s gaze into our crystal growler and see what trends are fermenting for 2018:
2 of 7
flickr: Adam Barhan 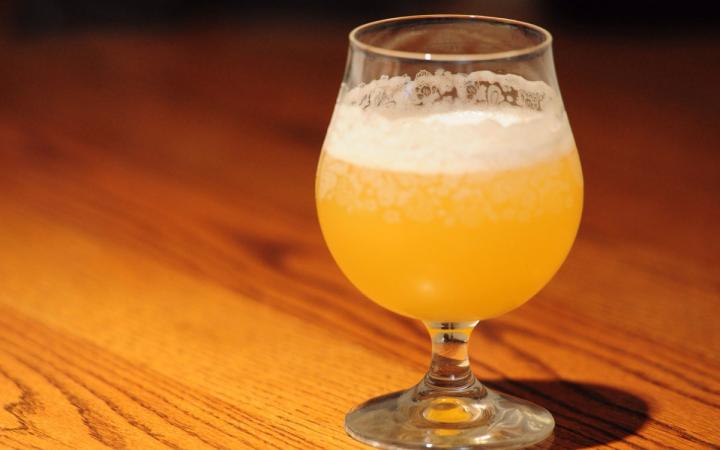 Getting Lost in the Haze

The New England IPA (NEIPA), the hazy, often opaque brew with generous hopping and a creamy mouthfeel, arguably has been one of the most-talked-about styles of 2017. So, where is that style headed in 2018?

John Holl, author of the American Craft Beer Cookbook and senior editor of Craft Beer & Brewing, hopes the beers grow up a bit.

“I would like to see a better refining of the New England IPA process,” Holl says. “I don’t mind hazy beer and I don’t mind beer that has to be consumed sooner than others. But a lot of brewers have been going for the aesthetics, the way it looks, rather than focusing on flavors, focusing on nuance.”

Many brewers have been working to elevate the NEIPA, and whether it survives as a style depends on how many others follow suit.

“I don’t know if the New England IPA can continue in this way if the liquid doesn’t maintain quality,” Holl says. “People won’t forgive poor quality much longer in that arena.” 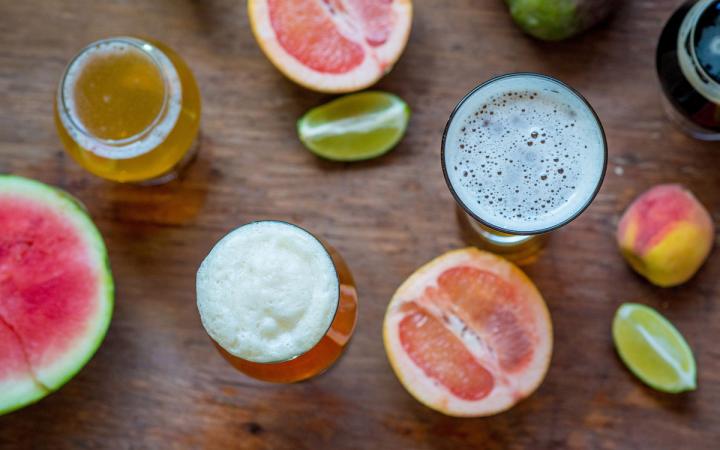 Fruit in beer has long been a polarizing concept for beer drinkers, but now, it seems, brewers and consumers are taking fruit beers a bit more seriously—and the results have been world-class.

From tart berry–accented Berliner Weisses to fruit juice–enhanced IPAs, brewers are discovering innovative ways to complement and amplify flavor and aroma, with notes characteristic of those classic styles.

Certain American hop varieties have been famous for their tropical, citrusy elements, and brewers have been drawing upon the actual fruits that those hops emulate for an entirely new drinking experience. “The fruited IPAs is where we’re really seeing some resonance,” says Julia Herz, craft beer program director for the Brewers Association, which represents America’s small brewers. “There are mango IPAs, pineapple IPAs—you get brewers talking about the [fruit-like] character of certain hops. And then some are using fruits in place of those hops because they want that fruit-like character.” 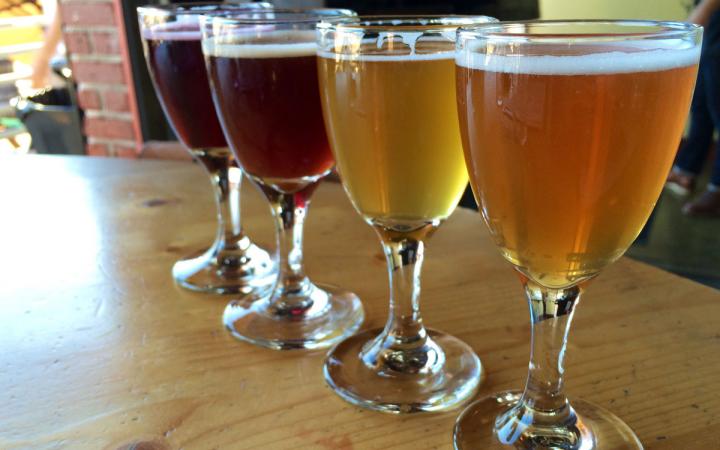 Some in the industry have said “sour is the new hoppy,” but it’s not like the former is going to replace the latter anytime soon. (See above if you need further proof.) But sour beers have found a more-or-less permanent place alongside the IPAs of the world.

Sours have been a “love ’em or hate ’em” proposition for many (the same could be said for IPAs, to some extent). But brewers are bringing a bit more nuance into their sours, opening the door to a much wider cross-section of the beer-drinking population.

“I think we’ll see balanced, well-made ‘sour’ beers work their way into the mainstream,” says Garrett Oliver, vice president and brewmaster of Brooklyn Brewery, author of The Brewmaster’s Table, and editor of The Oxford Companion to Beer.

And it’s only natural, because acidity is so much a part of people’s everyday drinking lives.

“The fact is that Americans drink acidic drinks from the time they are children straight into adulthood,” Oliver explains. “Acid is a big part of the flavor profiles of all wines and many popular cocktails; why should beer be any different? But balance and elegance will win out over coarse, mouth-puckering examples. It’s not that easy to brew these beers well, but when we do, American beer drinkers will quickly forget any aversions to acidity.”

If consumers can learn to embrace hops, they certainly can accept a little tartness into their lives.

“Let’s face it,” Oliver adds, “for most people, bitterness is far more challenging than a refreshing lactic tang.” 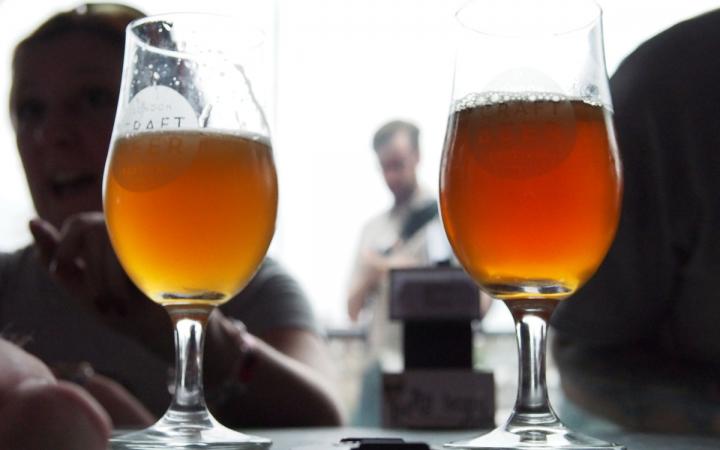 Expect to see more brewers focusing on their own backyards and mining their own immediate locales for inspiration. Firestone Walker is a prime example of a brewery that’s successfully harnessed its local culture and bottled it in the form of 805, a blond ale with a refreshingly low ABV (4.7 percent). It’s designed to capture the “laid-back” California lifestyle, hence the beer’s name, which is the area code for the Paso Robles–based brewery. Firestone Walker, of course, wasn’t the first to dial up that marketing formula. Goose Island’s 312 wheat ale is one of the Anheuser-Busch InBev–owned Chicago brewery’s most recognizable offerings. “We’ll see the continuation of brewers embracing regionality, making beers that even non-craft drinkers can identify with because of geography,” Holl says. 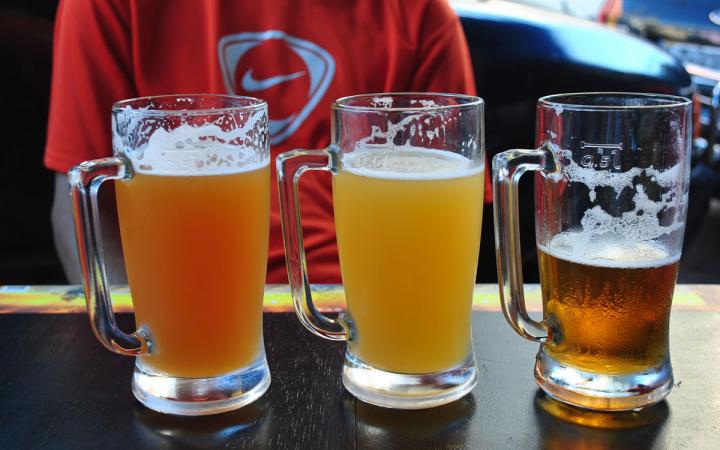 The popularity of brews like 805, with modest-to-moderate alcohol content, speaks to the continued gravitation toward session beer. In the past few years, we’ve seen the rise of the session IPA style, as well as the rise of traditionally low-ABV offerings like Berliner Weisses. The definition of “session” can be a bit nebulous. Some insist that it only applies to beers with ABVs below 5 percent, while others are a bit more inclusive and say the term can stretch to 6 percent ABV.

Either way, recent figures support a consumer walk on the milder side. A spring 2017 Nielsen CGA On-Premises User Survey found that 58 percent of respondents prefer beers that are between 4.1 percent and 6.0 percent ABV (26 percent preferred between 4.1 and 5.0; and 32 percent chose those between 5.1 and 6.0 percent).

“The majority of the world beer styles that the Brewers Association documents are 6 percent or less ABV,” Herz says. “You really start to get the feeling that there’s a session side of things and there’s an extreme side of things—with the disclaimer of ‘different strokes for different folks’ and that preference is personal.” 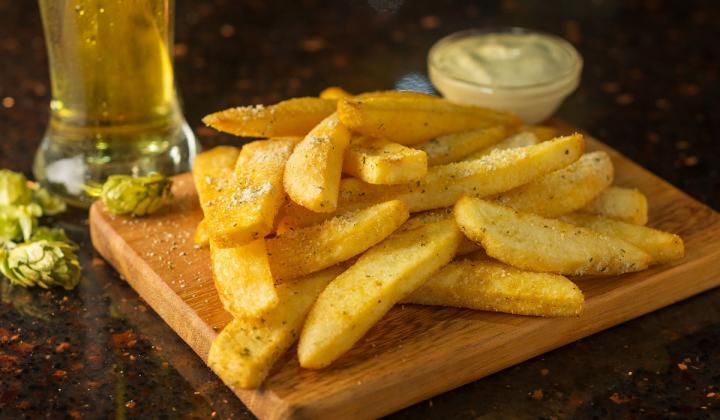 In the past, if a consumer wanted to find a restaurant with a well-curated beer selection, they’d have to spend an afternoon Googling or scrolling through Yelp reviews. Not anymore. As craft beer has gone mainstream, eateries across all formats have been upping their beer game.

Casual-dining chains in particular have been investing in quality brews and fortifying the knowledge base of their staff to provide the best beer experience for diners.

Red Robin, for instance, has made it a priority, sponsoring the Great American Beer Festival the past few years and positioning itself as a reliable, craft-friendly establishment.

“We’re definitely seeing the huge casual-dining segment decide that it wants to understand craft beer and how to sell it,” Oliver says. “Programs like Cicerone [beer certification] have had an impact here, as thousands of people with at least basic beer knowledge start to move up in restaurants. It’s becoming more normal to find an actual beer geek in charge of beer lists at restaurants.”

Recommended pairings also will become a much more familiar site on restaurant menus.

“Similar to wine, you’re going to start to see beer pairing listed on the menu as [the staff] gets more confident in their pairing ability,” Herz says.

One thing everyone definitely can be confident about as 2017 winds down: Beer will dominate the beverage conversation and have an even more prominent presence at the dining table in 2018.