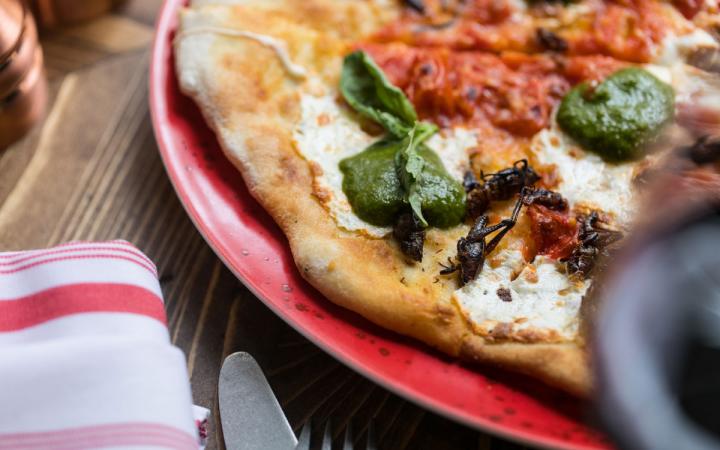 Regional flavors and hyper-local specialties are taking center stage at many an Italian restaurant as consumers seek more than the standard spaghetti and meatballs or chicken Parmesan. But a return to authenticity does not preclude a bit of artistic license.

After all, even tomatoes—one of the pillars of Italian cuisine—did not arrive in Europe until the 1500s and was relatively unpopular until the late 19th century (around the same time pizza was invented—mere coincidence?).  It’s a similar story for coffee, which provoked the ire of clergy when it first entered Venice some 400 years ago but later won papal approval. Today Italy, arguably, sets the gold standard for the beloved beverage.

This is not to say that chocolate-chip pizza pies and caramel frappuccinos will one day be regarded as Italian staples. Instead, it’s a friendly reminder that “old country” is a relative term, and it never hurts to think outside the (pizza) box. 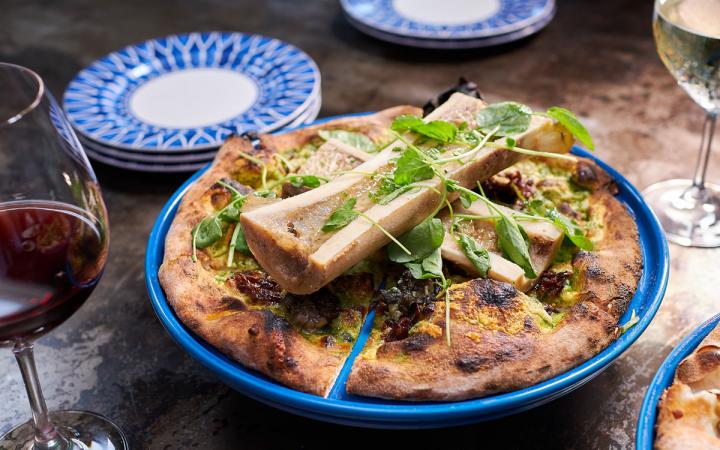 Bone Marrow Pizza at Herb & Wood
The Italians don’t shy away from their meats, but a hunk of marrow atop a wood-fired pizza proves there is always room for improvement. For good measure—and a bit of Francophile flair—the gruyere-topped pie also includes escargot.
3 of 7
Dio Mio 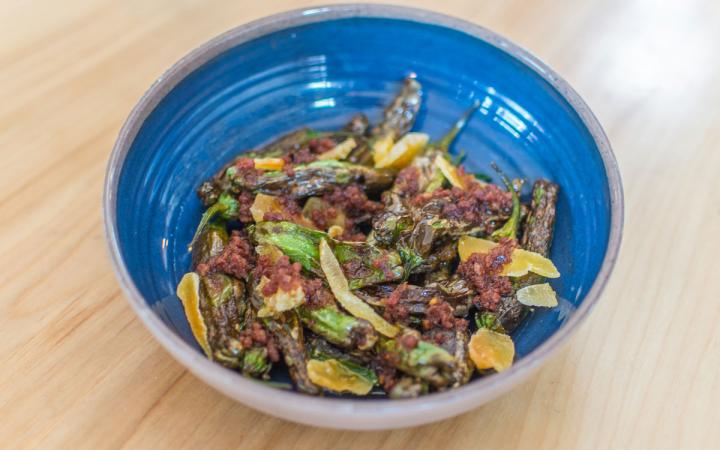 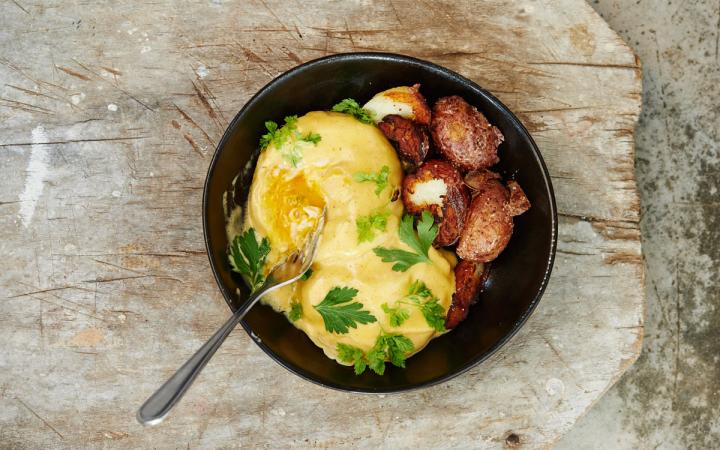 Eggs Benedict Raviolo at Sardella
Brunch doesn’t possess the same star power in Italy as it does in the U.S., but some Italian ingredients and carriers seem destined for the daypart. Case in point: Chef Gerard Craft’s benedict, which substitutes ravioli and mortadella in place of English muffins and ham, respectively.
5 of 7
Burnt Crumbs 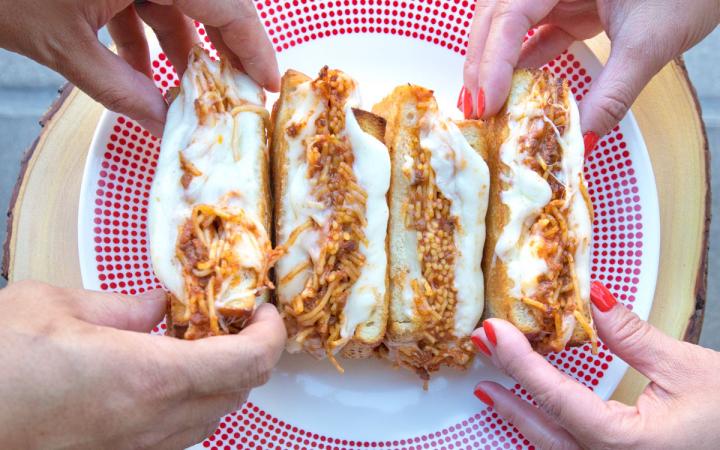 Spaghetti Grilled Cheese at Burnt Crumbs
Two comfort foods collide in this loaded sandwich. Meat sauce–marinated spaghetti and fresh mozzarella are pressed between two slices of sourdough with a bit of marinara on the side for dipping.
6 of 7
Fazoli’s 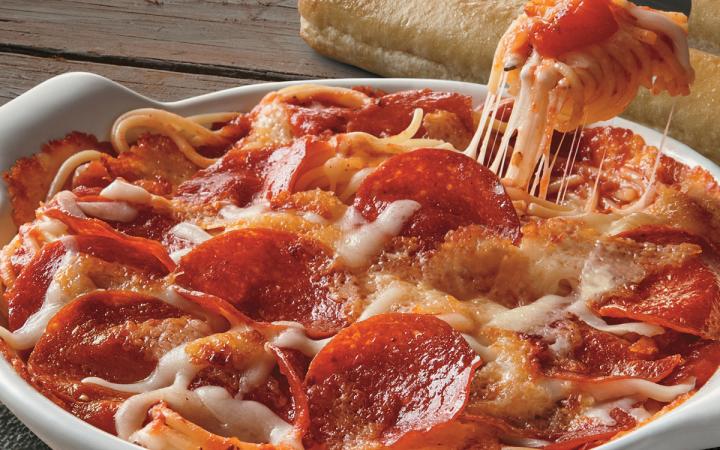 Fazoli’s
No crust about it, this limited-time offer generated such a fan following that Fazoli’s brought it back in early January. Spaghetti serves as the base for classic pizza toppings: a proprietary tomato sauce, mozzarella, provolone, and pepperoni.
7 of 7
Woodpecker by David Burke 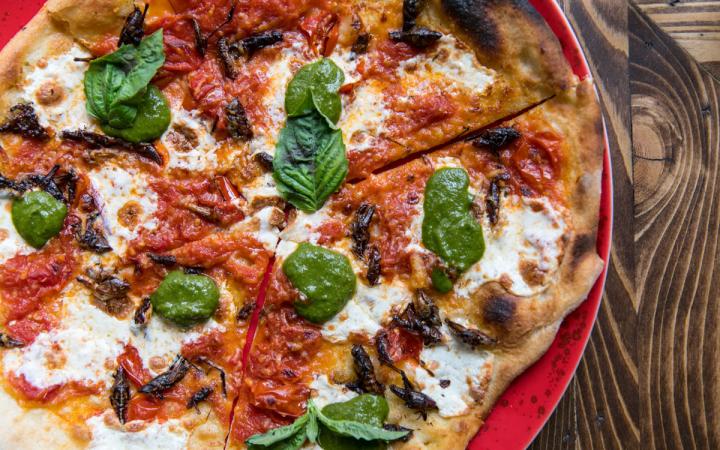 Roasted Cricket Pizza at Woodpecker by David Burke
While some restaurants are tentatively dipping their toes into insect protein movement, David Burke’s latest concept is jumping in headfirst. Rather than use a bug crust wherein the six-legged critters have already been ground and mixed in the flour, Woodpecker sprinkles the roasted crickets in full view atop a mozzarella-tomato pie with jalapeño pasta.