The 5 Best Barbecue Joints I've Ever Been To 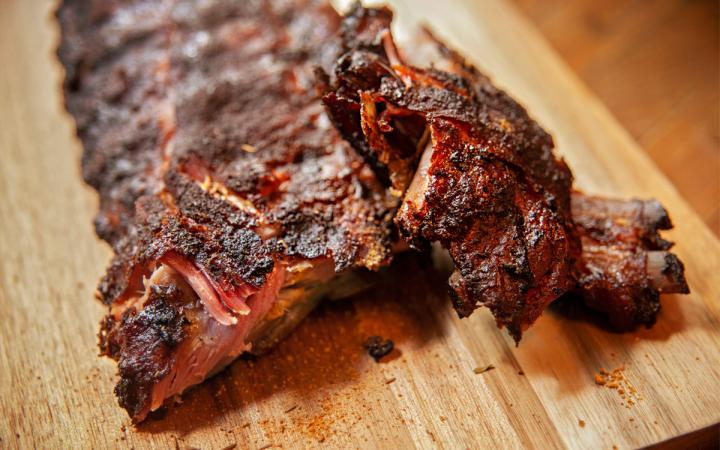 Barbecue in the South: Something Worth Fighting About

When I was in high school, our refrigerator stopped working. Since my mother never really cooked, we saw no reason to replace it. We put drinks on the windowsill to cool down. I sipped tap water from pickle jars and ate on the couch with a towel across my lap.

It wasn’t strange, honestly. I’m not sure it was even unique for kids growing up with a single parent in New York City.

Where I lived in downtown Brooklyn was not a foodie haven in the late 1990s, early 2000s. There were still diners themed after TV shows, white tablecloth Italian restaurants serving far too much food, Chinese sit-downs, and literally four pizza joints in a two-block radius.

Why am I telling you this? It’s to prove that, growing up, I didn’t know barbecue meant anything other than pouring sauce over grilled chicken.

When I moved to North Carolina two years ago, this changed drastically. It was adapt and survive. People in my office engage in heated debates about vinegar. I’ve made a lot of trips since, both in the Tar Heel state and back in the Big Apple.

“What, you call this pulled pork instead of barbecue over here?” I ask confused relatives. While that hasn’t ever actually happened, the key is that it could. It could. And that, more than anything, is a sign that I’m leaving my ignorant youth behind.

Here are the five best barbecue spots I’ve been to. I also polled six of my co-workers and added their choices. This list is in no particular order. 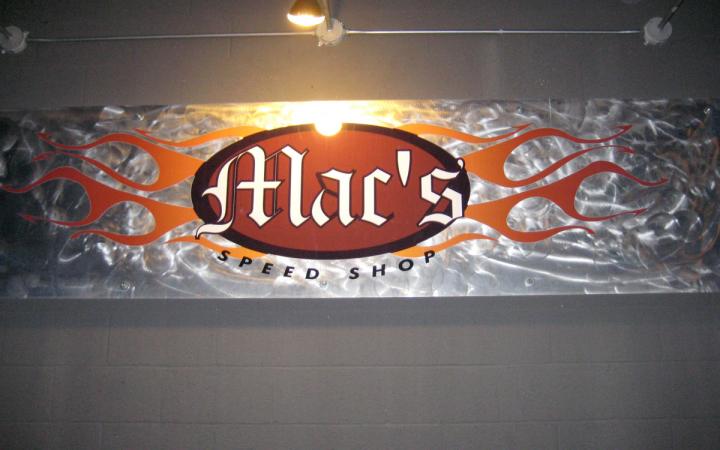 Perhaps you could say I’m a bit biased here due to circumstance. I always had this dream of writing novels in my father’s sophisticated, brownstone Brooklyn bachelor pad when I got older. Included in this fantasy, for some reason I truly can’t explain, was a basset hound. Everything but the last part was stiff armed in this thing we call life. My basset hound, Maggie, who is 75 pounds of dream-come-true splendor, was born in Mint Hill, North Carolina. The night before we first met and she began destroying my ankles, I stopped in Mac's Speed Shop in Charlotte.

Firstly, the location is like it sounds, a speed shop of sorts. Their tagline is Beer, Bikes, BBQ, and it presents that vibe. Food wise, the style of cooking is pretty traditional. Mac’s dry rubs and hickory smokes its pulled pork for 12 hours. They run the gamut on sauces, such as with their St. Louis Style Ribs finished on the grill with Western NC BBQ sauce. My recommendation: get the brisket. It’s ridiculous and it ruined the dish for the rest of my life. The expanding brand also has locations in Greensboro, Fayetteville, Lake Norman, Steele Creek, Matthews, and Greenville, South Carolina. 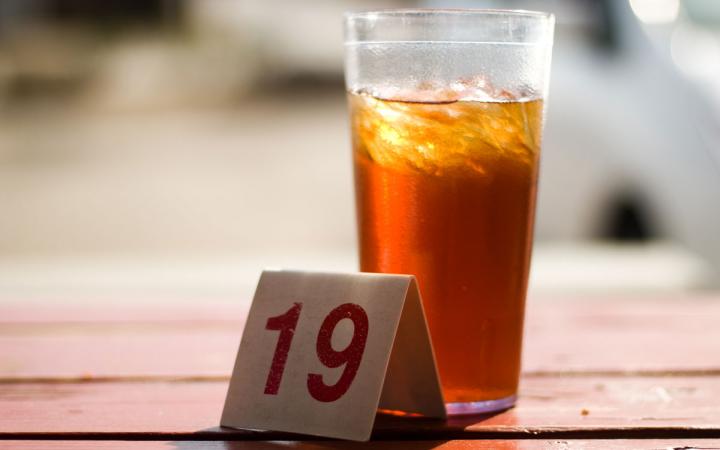 I went here because my father in-law read that former President Barack Obama had stopped by. Traditionally, my wife’s father is not a man I try to disappoint. I actually tried to pretty much order what Obama did in 2010: BBQ ribs, mac and cheese, corn bread, baked beans, and greens. I had to skip on the sweet tea, though. I’m just not that Southern yet.

I’m sure we had similar takes as well—the ribs are the star. 12 Bones is a low-and-slow-over hardwoods kind of place, and that’s how you should do it. The Baby Backs are always offered in different flavors, too. When I was there a blueberry rub was on the menu. I wasn’t going to be that adventurous on my one-stop drop-in but I appreciate the nuance. There’s a reason people keep going back here, and why the restaurant has its own cookbook. Don’t forget the Jalapeño Cheese Grits. 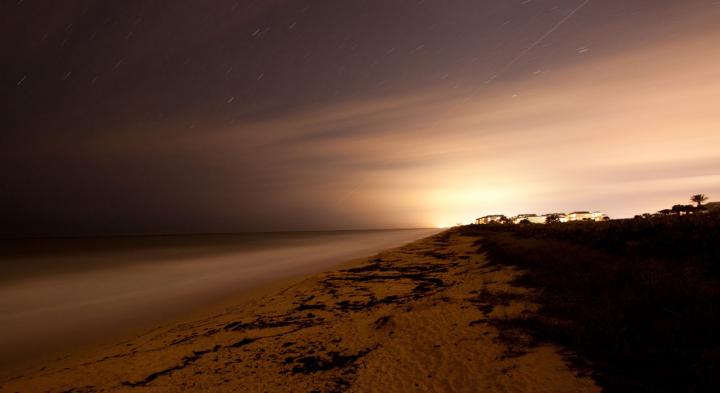 I forgot to mention this earlier but I once made a decade-long pit stop in Florida. Overall, if I’m being frank, the Sunshine State probably shouldn’t be included in anybody’s barbecue roadmap. That being said, I had to mention my favorite spot in the time I lived there. Captain’s is a legit barbecue institution and the view off A1A is so Florida it makes you want to airboat home (not a smart idea on the ocean. Don’t try it). You can, actually, access the restaurant by water if you’re that type of person. There’s a special wood-burning smoker on display. Order from the counter and try to find a seat. TripAdvisor honored the restaurant as one of its Top 10 BBQ Spots in the Nation. I was surprised when I first heard that, but it was before I actually tried it. Captain’s lives up to the hype. Check out the Smoked Turkey Breast. 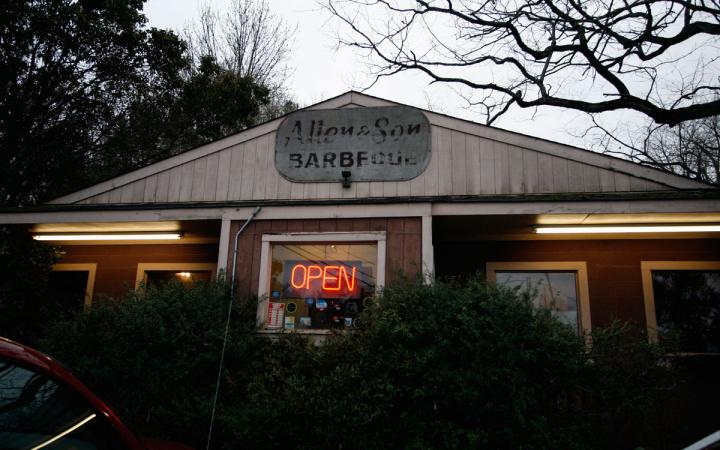 It seems to be a consensus among Chapel Hill natives that Allen & Son is the quintessential Triangle barbecue experience. I find that to be a complicated statement. This area in general, in my opinion, seems to have a culinary identity of no identity. But don’t get me wrong. I feel like that’s a great thing. In Durham, for example, you can have ramen, small plates Italian, Spanish tapas, deli food, and fried chicken and waffles on the same block. I feel like barbecue falls into that vortex around here as well. In the Western and Eastern parts of the state, there’s a more focused view and some areas have cult-like backing (think Lexington, North Carolina). But in the Triangle, you can hit up pretty much all spectrums if you want, from whole hog to sauce-based to vinegar drenched.

I do agree, however, that Allen & Son is about authentic as it gets. It has the checkered oilcloth tablecloths, wooden tables, and down-home décor with sides written on the board. And don’t try to mess with the menu. It’s full of no-substitute statements, such as the aforementioned sweet tea. It comes in mason jars and does not change, per request. The first time I ate here my wife was having a bad day (she’s a teacher, happens often) and I stopped by on my way home. I grabbed a box full of ribs. Even after getting stuck in traffic on I-40 (Carolinians know the feeling) and the vinegar seeping its way to the bone, they were silly good. 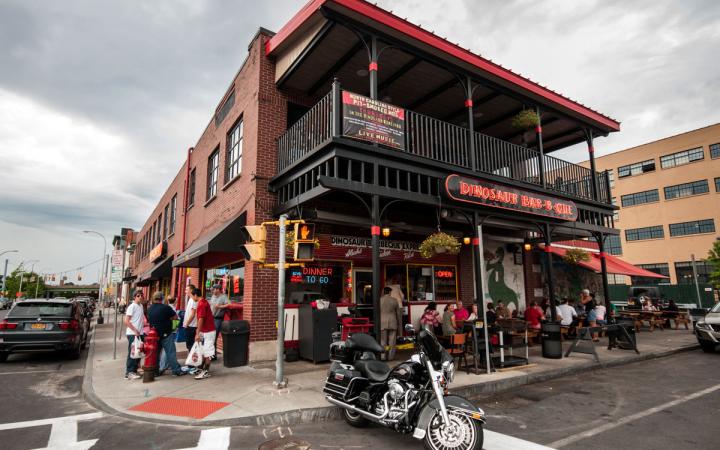 There are now nine locations of Dinosaur. I first tried the restaurant in Syracuse, where my brother went to college. No offense to one of his beloved cities, but I try not to make a lot of trips to a place that has arguably the worst weather in America. Yet, I will give this place props. I also tried the one in Brooklyn. The restaurant, which first opened in 1998, is expanding for a reason. Live music and ambiance are a big part of the story. The sauce, though, is where I think many people can agree this chain shines. My father still makes me order him bottles. I’m a fan of Fried Green Tomatoes and they do them great here. The Dino Poutine is also crazy: Hand-cut fries topped with beef gravy, house-made pimento cheese, and pulled pork. I would eat the jumbo chicken wings twice a day if I could. 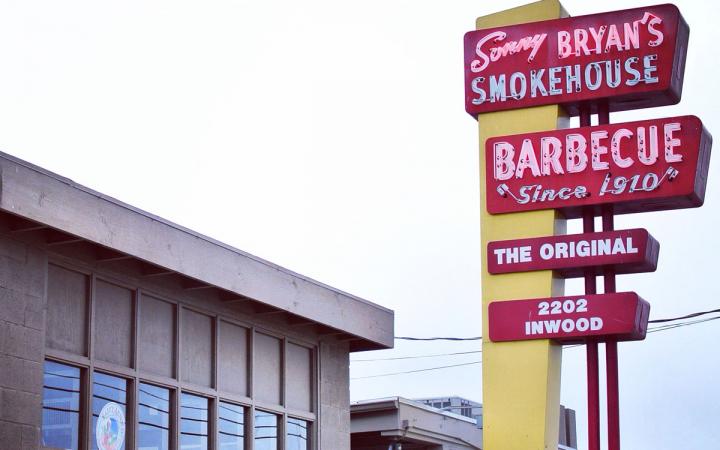