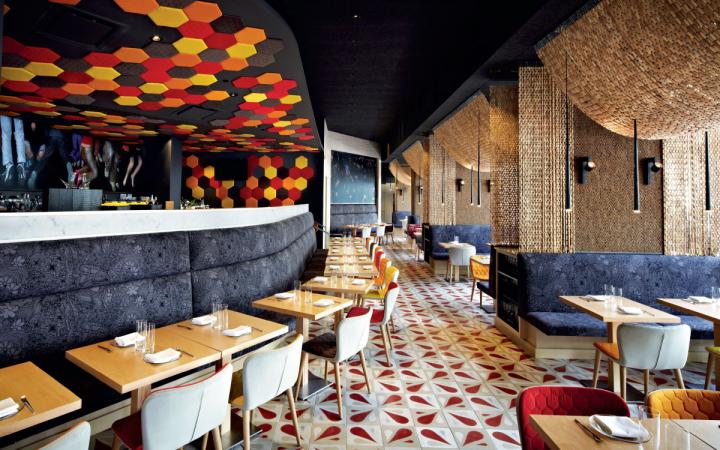 At what point does a multi-unit concept become a full-fledged chain? For those with chef-driven menus and high-end hospitality service, the answer is likely “Never.” While there is often an aversion to being labeled a chain, there is a tipping point when the number of locations and the geographic breadth of a footprint suggest a brand has legs to run. Here we highlight four such concepts that have originated from various regions of the country. 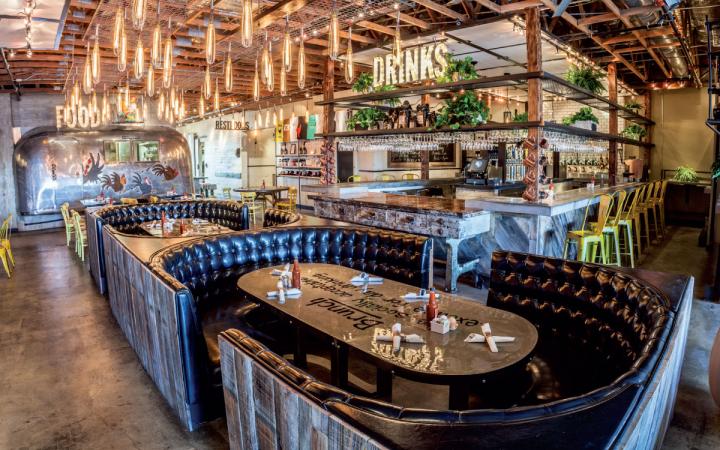 Oreo Pancakes, S’mores French Toast, and 20 beers on tap at this California breakfast concept—of course this one is trending hot.

But who, you might ask, drinks beer at breakfast? Evidently quite a few folks, at least in the San Diego metro area, where Breakfast Republic reports 20 to 25 percent of sales are attributed to beverage, in a restaurant that serves from 7 a.m. to 3 p.m., closing well before the traditional start of happy hour.

The concept is part of the Rise & Shine Group, which is led by the group’s founder and owner, Johan Engman. Breakfast Republic opened its first location in 2015, its fifth location in April, and the sixth is slated to open next month. A company spokesperson tells FSR, “The goal is to have 10 to 12 stores in San Diego County, followed by Orange County and L.A., then expand into other states.”

In addition to food and beverage, Breakfast Republic has placed a focus on branding “in every direction,” with retail items like T-shirts, caps, mugs, etc. that help promote the concept, as well as signature details and design elements in each location. Quirky and engaging design elements extend from the egg-shaped seating and lighting fixtures that emulate whisks to the bathroom mirrors, presented as sunglasses on a face with the phrase “You look fine” greeting guests. There’s actually a subtle logic behind that compliment, as it’s Engman’s response to learning the most common reason for lines outside restrooms is the time people spend checking themselves out in the mirrors.

Prior to Breakfast Republic, Engman opened Fig Tree Café in 2008, which now has three locations, and the Rise & Shine portfolio keeps growing. He is adding three new concepts to the group: North Park Breakfast Company, an upscale and elegant breakfast respite with an innovative menu of creative cuisine, craft beers, and cocktails, is slated to open this fall. It will be followed by Pizza Republic, with house-made pasta and house-cured meats, also on tap to open this year. El Jardin, which will feature Guadalajara-style food and Baja-Mediterranean dishes, is expected to open early next year. 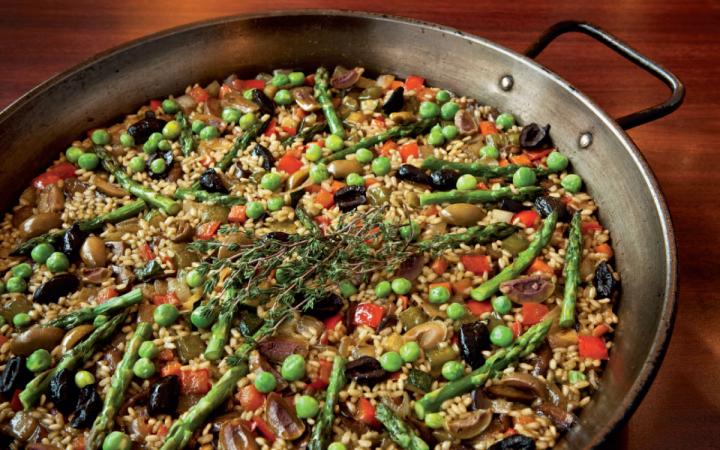 Journalists aren’t supposed to have favorites, but Jaleo is one of my all-time favorite dining experiences. The Jamón Ibérico is quite possibly the single greatest reason a conversion to vegetarianism is not in my future. As Think Food Group continues to extend this brand’s footprint beyond the D.C. area—locations are in Arlington, Virginia; Bethesda, Maryland; Las Vegas; and Mexico City, with a sixth unit slated to open in Orlando’s Disney Springs next year—one can live and hope more Jaleo units will debut around the country.

The restaurant opening in 2018 at Walt Disney World Resort will be the largest and most spectacular location yet in the Jaleo portfolio, this time settling into a dynamic multi-level space that will be designed to convey the vibrant Spanish culture of Chef José Andrés’ native country. Similarly, the Jaleo menu showcases traditional and contemporary Spanish cuisine, including authentic paellas cooked over a wood fire, an extensive selection of tapas, specialties such as the hand-carved Jamón Ibérico de Bellota and wood-grilled Ibérico pork, as well as signature dishes such as Gambas al ajillo, shrimp sautéed with garlic and chili, and Pollo Croquetas, classic, Spanish chicken fritters. 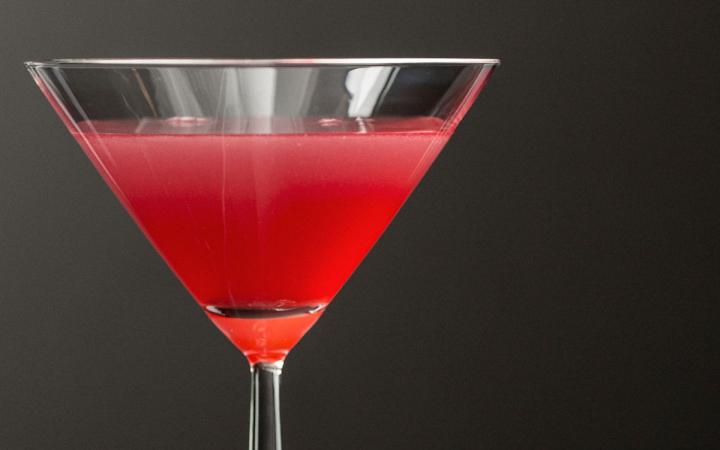 A classic Midwestern steakhouse, with two locations in its home state plus one in Miami Beach, Florida, another in Indianapolis, and the fifth debuting in Pittsburgh this summer, Red, the Steakhouse has a solid reputation and has been the recipient of accolades from numerous consumer publication scorecards. Esquire puts it among the “five great steakhouses in the U.S.” The Daily Meal ranks it No. 8 on the list of “America’s 50 Best Steakhouses,” and USA Today says it’s “prime in every way.” Jonathan Gross, president and CFO of the RED Restaurant Group, says the brand has an average check of $80 to $100. The menu touts all the prime beef and Japanese Wagyu expected of a premier steakhouse, as well as lobster, king crab, a signature veal chop, house-made pastas, and a collection of contemporary sides that include Truffled Whipped Potatoes and Green Beans with Pancetta and Pine Nuts. And there are more than 400 wine selections at its recently opened Indianapolis location. 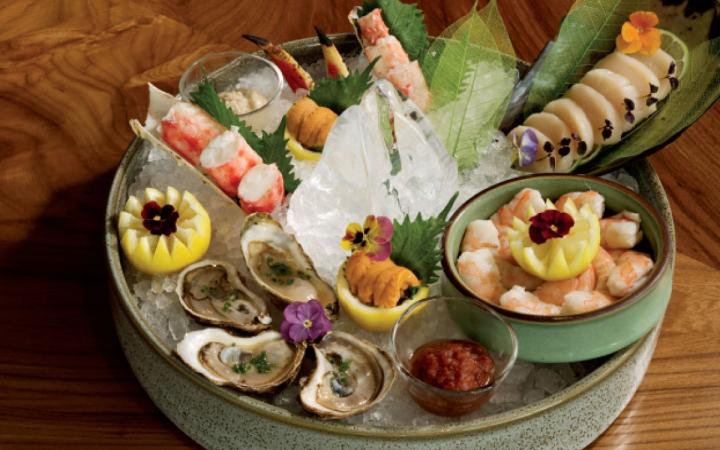 When FSR first launched, Roka Akor was featured in our second issue (January 2013) and we’ve been fans of the sushi and seafood steakhouse ever since. From its original location outside Phoenix, owner JNK Concepts took Roka Akor to Chicago (where it now has two locations), then San Francisco, and now, as of this summer, the fifth unit has opened in Houston. Each location features the brand’s signature robata grill, which traces its roots to Japanese fishermen who cooked fresh fish along the shore. In the restaurant setting, the grill provides a visually stunning enhancement to the dining experience. Another defining component of Roka Akor is its Omakase offering. Translated, this means “to entrust the chef,” and Omakase can apply to tasting menus or chef-inspired cocktails. Sake and shochu, a Japanese distilled spirit, are also classic elements of the Roka Akor brand. We’re not the only fans of this polished-dining brand: It’s received multiple “Awards of Excellence” from Wine Spectator; Travel + Leisure listed it among the “Top 10 Steakhouses;” and Bon Appétit named it among the “Top 10 Sushi Spots in the U.S.”