13 Barbecue Joints Worth Making the Trip For 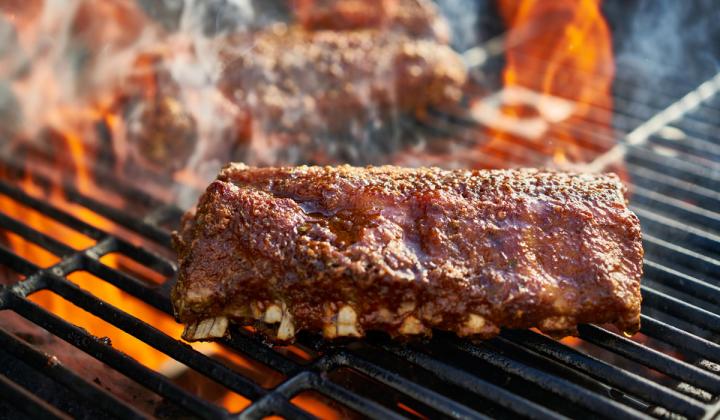 Barbeque is a unique cuisine. Sauces, meats, and side dishes all vary depending on what state you’re in and even sometimes regions within states have their own traditions (I’m looking at you, North Carolina). From mutton to smoked wings, brisket and ribs, fans of smoked meats have a plethora of options when they’re looking for something smoky and savory.

Here are 13 barbecue joints worth making a trip for. 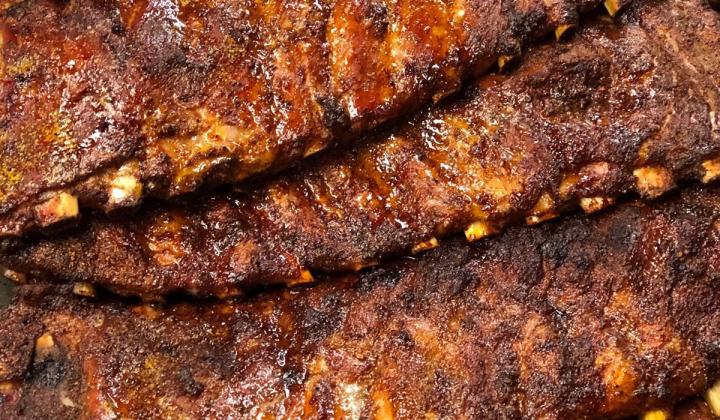 Big Bob Gibson founded his namesake restaurant in 1925 when he set up shop in Decatur, Alabama. Gibson, who had been working as a railroad worker, decided to give smoking meats a go, and boy was that the right decision. Although the restaurant has won 15 World BBQ championships and 5 Memphis in May World BBQ Grand Championships, the Alabama restaurant is probably best known for creating Alabama white sauce.

The white sauce is a combination of mayo, vinegar, and lots of black pepper (with a few other ingredients) and is paired with smoked chicken that provides a unique taste with a bright pop from the vinegar. Once only found in Alabama, renditions of Gibson’s famous white sauce can now be found on barbecue menus all across the country, a nod to his everlasting impact on the barbecue world. 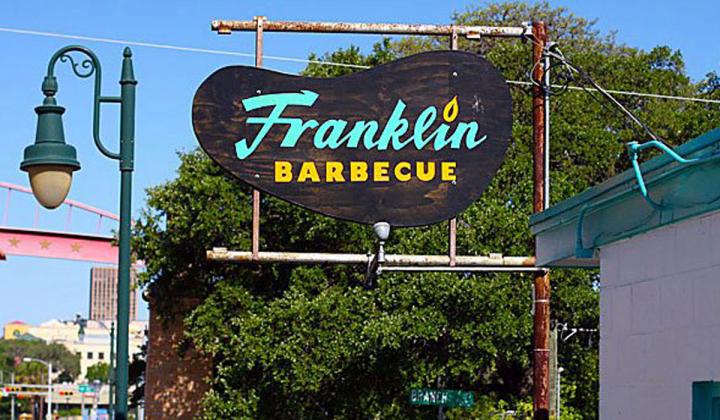 Aaron Franklin is one of the biggest names in the barbecue world. Many regard Franklin as the face of Texas barbecue, and for good reason. Franklin’s is probably best known for the pounds and pounds of brisket they crank out each day, using a simple salt and pepper rub that highlights the beef flavor in its purest form. The pit master has collected dozens of awards including a James Beard award in 2015, Texas Monthly’s Best Barbecue Joint in Texas award, and Bon Appetit’s Best Barbecue Joint in America. Recently Franklin launched a line of backyard BBQ pits aptly named Franklin Barbecue Pits.

The lines at Franklin’s go on for hours and once they sell out for the day, that’s it. The smoked meats and sides don’t usually make it past 2 to 3 p.m. Do yourself a favor and get the brisket. 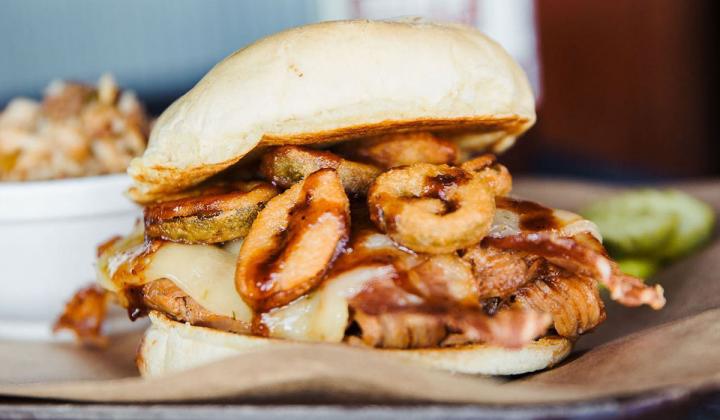 Kansas City is one of the best-known cities on the BBQ circuit. The city has its own style of BBQ and standing out in this crowded market means you really must know your stuff. Joe’s Kansas City BBQ is considered to be some of the best barbecue the city has to offer and once you try their burnt ends you’ll know what all the hype is about.

Burnt ends, which are a regional specialty, are the chopped end pieces of the brisket that get extra time in the smoker after the rest of the brisket is done cooking. Considered to be a BBQ delicacy, customers have to show up early to get a taste of the charred nuggets of beef. Don’t fret if you miss out on the burnt ends because all of Joe’s offerings are delicious. The ribs and pulled pork are musts. And if you can’t make a choice you can always get a combo dinner and try multiple meats. 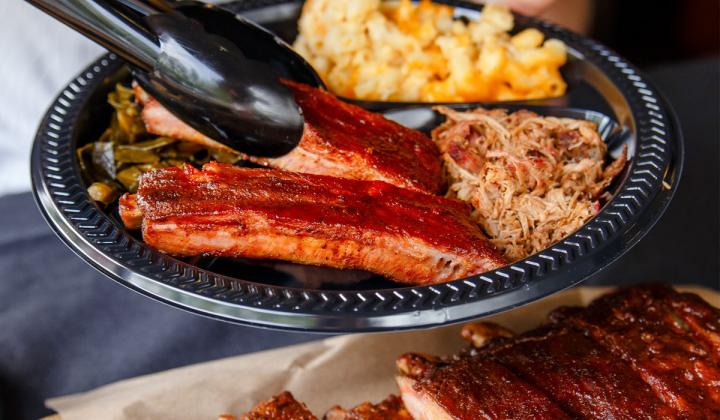 Although Virginia isn’t as well known for their barbecue offerings as some other states on this list, Tuffy Stone, Virginia, native and owner of Q Barbeque, has put in some serious work to change that. Stone started his barbecue career competing on the barbecue circuit where he would eventually be named Grand Champion of the Maryland State BBQ Championship in 2010. He can be seen on TV where he regularly appears as a judge on barbecue competition shows.

Q Barbeque offers many classic versions of barbecue fare such as their sliced brisket sandwich, which is served on a toasted but and slow smoked over hickory. Brisket not your thing? Try the ribs that are slow smoked and served with a corn muffin, or the smoked wings tossed in your choice of sauce (BBQ, buffalo, or a dry rub). Make sure to save room for dessert. Q’s banana pudding made with roasted bananas is worth the extra calories. 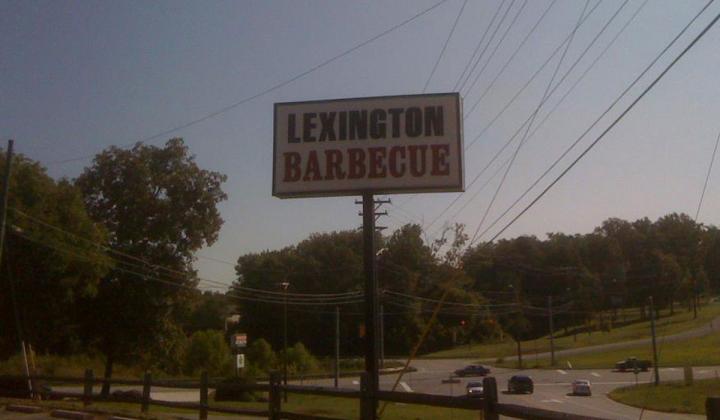 You won’t find and beef brisket or burnt end here. Lexington only smokes pork shoulders and serves it two ways, sliced or chopped. The pork is smoked over oak and hickory while the barbecue sauce and slaw are made with ketchup giving them a unique sweet flavor. Side dishes vary from French fries to pork skins, but as Lexington tells it, the side dishes all play second fiddle to the pork shoulders. 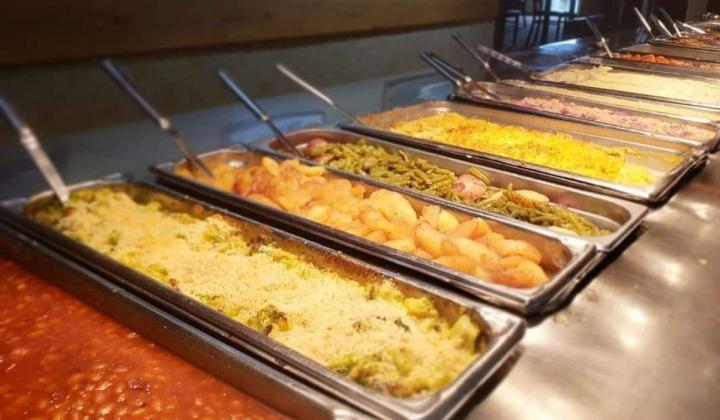 Kentucky is known for many things, like the Derby, sprawling horse farms, and bourbon, but rarely do you hear Kentucky and barbecue in the same sentence. Moonlite Bar-B-Que Inn has worked hard to change that. The Owensboro, Kentucky restaurant has built a massive following of loyal fans who come to the restaurant to try the famous barbecue mutton.

Mutton, not to be confused with lamb, is adult female sheep meat. Thought to be gamier and less desirable than lamb, mutton usually is not found on menus due to most people not knowing how to cook it. But that isn’t the case at Moonlite where they smoke thousands of pounds of mutton every year. Another local favorite is burgoo, a stew of meat and vegetables. The best thing about Moonlite? There’s a buffet there so you can get as much mutton and burgoo as you can handle. 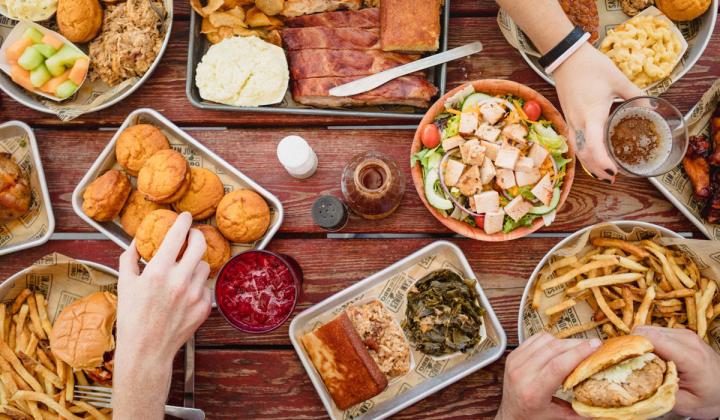 Maybe one of the most well-known names in barbecue is Skylight Inn, located in Ayden, North Carolina. Opened in 1947 by Pete Jones, Skylight offers what many consider the best BBQ pork sandwich in the country. Skylight only offers two types of meats, chicken and pork, and four sides, slaw, baked beans, cornbread, and potato salad, so you won’t get bogged down with endless options. The limited menu helps maintain high standard for all the offerings.

Something that sets skylight apart from the competition is its use of whole hog smoking. The restaurant smokes hogs whole over wood fired coals and chops the meat by hand to maintain the traditional, pure flavor profile Pete Jones introduced in 1947. Praised by presidents and locals alike, Skylight is a must try for anyone who considers themselves a barbecue aficionado. Skylight is cash only, so make sure to have some on hand before you visit. 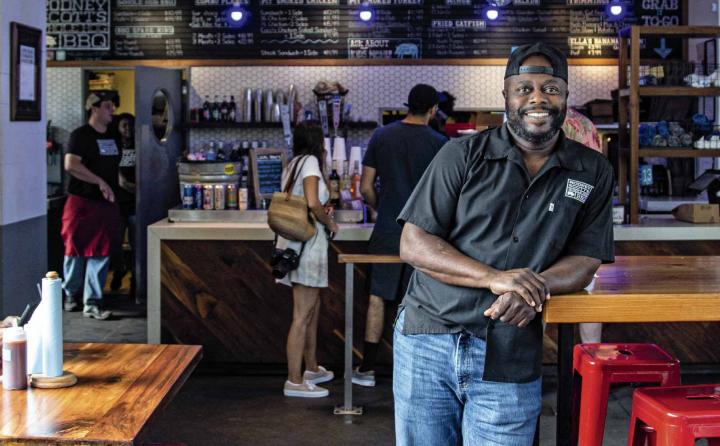 Rodney Scott is one of the premiere pit masters in the country. If you want to know what a good whole hog barbecue joint looks like look no further than Charleston, South Carolina, where you can find Scott smoking whole hogs. Smoking whole hogs is difficult and smoky work but the end result is the crown jewel of barbecue for many. Scott smoked his fire whole hog at just 11 years old and he’s never looked back. Armed with a James Beard award, the pit master now has multiple locations across several states.

Scott serves up may creations including a smoked turkey club, which is served with bacon, lettuce, tomato, red onion, cheese, and honey mustard, as well as a loaded baked potato you can get topped with your choice of pit-smoked meat. But the real prize is the original whole hog pork plate. It’s eight ounces of seasoned pit-smoked whole hog that Scott describes as “the heart and soul of my BBQ.” 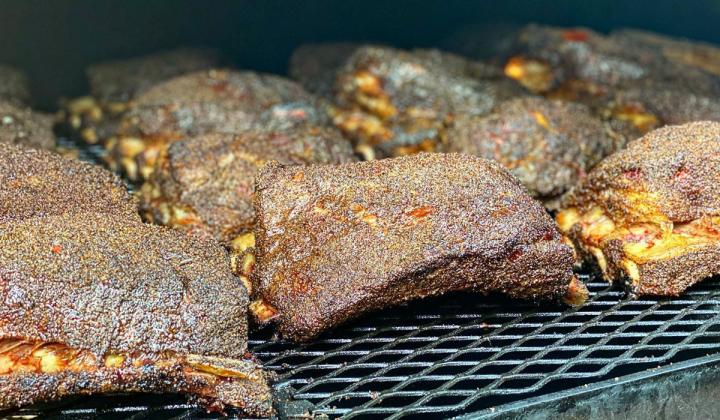 Twin brothers Jonathan and Justin Fox are Texas natives bringing the flavors of the lone star state to Atlanta with their restaurant Fox Bros. Bar-B-Q. Sparked by a desire for flavors that reminded them of home that were not available in Atlanta, the twins started barbecuing in their backyard to test out their cooking on friends and family. Fifteen years later, the brothers are one of the most widely recognizable faces on the Atlanta barbecue scene. The restaurant has been featured on shows like Diners, Drive-in, and Dives, The Today Show, and Bizarre Foods, and is the official barbecue of the Atlanta Falcons and Atlanta United.

So, what’s good on Fox Bros. menu? The chicken fried ribs are a must-try. The ribs are breaded and fried with their take on Alabama white sauce. If ribs aren’t your thing the Fox Bros. “Burger," which is chopped brisket topped with bacon, tomato, red onion, pickles, melted pimento cheese and jalapeno mayo, will certainly leave you feeling fuller than when you arrived. 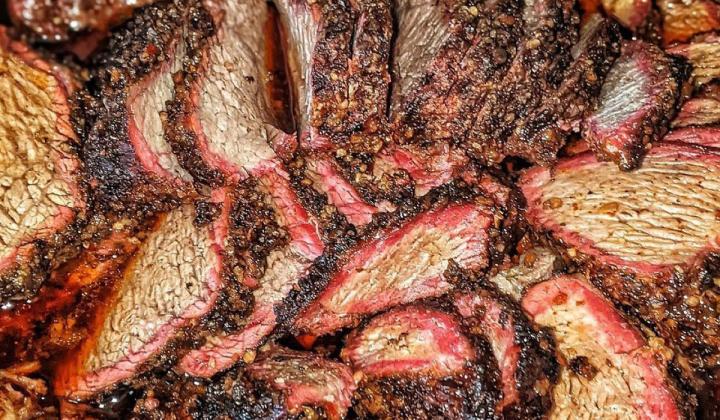 The Shed is another TV famous barbecue joint, but don’t let that fool you into thinking what they do is all for show. The Mississippi-based restaurant is run by the Orrison family and it’s truly a family affair. Brad Orrison, who opened The Shed with his sister, Brooke, also works with his brother, mom, dad, and grandmother. There is also a full-fledged Blues bar. After starting out as a small 300 square foot shed, The Shed is now almost a whopping 10,000 square feet with room for 150 customers inside and another 450 outside. It is truly a barbecue institution.

The Orrisons take their barbecue seriously and when they aren’t working at The Shed they can be found competing on various barbecue circuits. “Shedheads” as fans of the restaurant call themselves can order one of seven smoked meats (ribs, pork, brisket, wings, chicken, and two kinds of sausage) along with southern staples such as fried okra and hushpuppies. 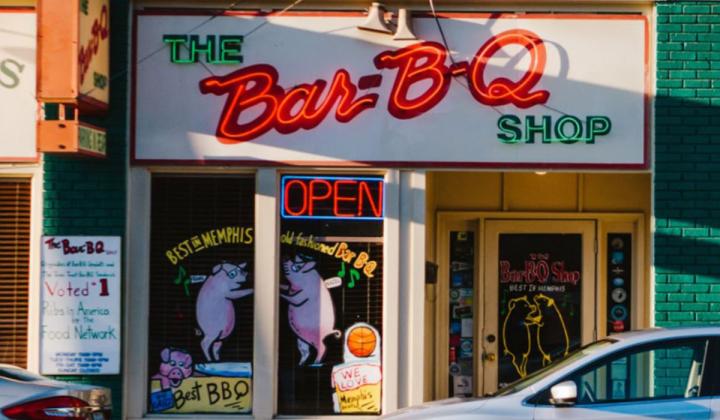 No list of barbecue joints would be complete without giving Memphis a shout out. The Bar-B-Q Shop in Memphis, Tennessee, is famous for a several reasons, including their Dancing Pig line of BBQ rubs and sauces. But by far the most well-known contribution the restaurant has made to the barbecue world is BBQ spaghetti. The unlikely pairing was a favorite of founder Brad Vincent.

Now run by the Vernon family, The Bar-B-Q Shop serves up its tangy BBQ pasta to Memphis locals and out of towners looking for a truly unique barbecue offering. Although barbecue spaghetti might seem gimmicky, don’t sleep on the rest of the menu. The ribs at this Memphis institution are constantly winning awards and are certainly worth a road trip. 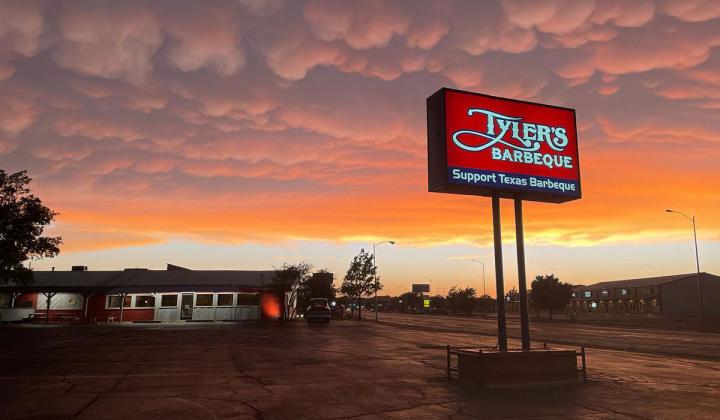 Everything in Texas is big, and that includes the flavors of barbecue. The smoked meat at Tyler’s Barbeque in Amarillo, Texas, is no different. Tyler Frazer opened the restaurant in 2010 after sharpening his BBQ skills working on the world’s largest transportable smoker. Frazer uses a combination of mesquite and oak wood in an indirect-heat pit, which produces a classic Texas flavor.

One thing on Tyler’s menu that you may not see in other Texas barbecue joints is pulled pork. In the land of beef, Frazer has decided to offer the classic barbecue offering. You’ll also find staples like smoked chicken, ribs, and brisket. Tyler’s serves a jalapeno cream corn that no one should pass on. Get to Tyler’s early because like the best barbecue restaurants they serve what they have until it’s all sold out. You won’t be getting anything other than fresh products here. 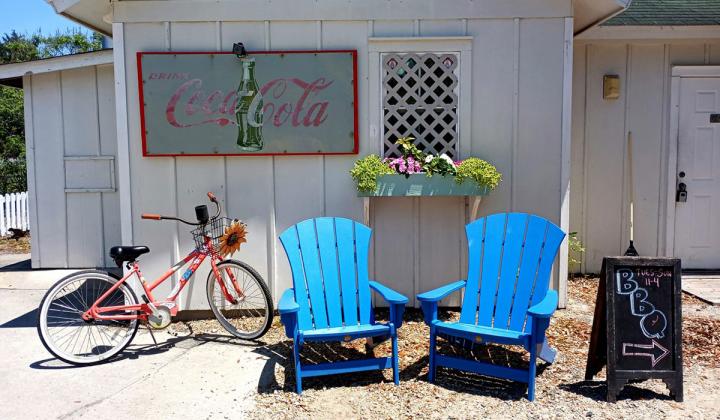 This barbecue shed located in North Carolina's Outer Banks doesn’t have the national reputation some of the other restaurants on this list have, but that doesn’t mean they aren’t making some righteous barbecue. If you ask locals where to get excellent barbecue they’ll point you in the direction of Corolla Village Barbecue. With a simple menu of ribs, pulled pork, and chicken, this small barbecue joint is able to focus on making everything excellently. Try the candied yams or get some coleslaw on top of your pork sandwich for a true taste of North Carolina. Since this restaurant is in the eastern part of the state you can expect their sauces to have a vinegary, tangy kick.

CVB sits in the shadow of Corolla lighthouse, so if you visit you you’ll get a fantastic meal with a beautiful view as well.