12 of the Most Successful Emerging Restaurant Chains 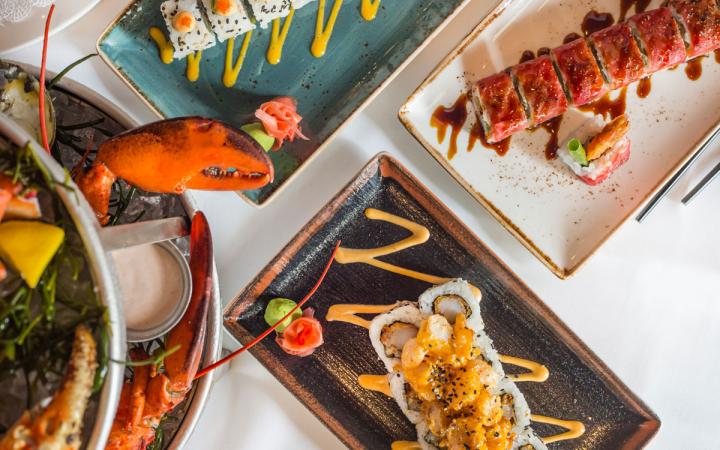 You can measure the financial health of a restaurant in a lot of different ways. Average unit volume is one of those figures that investors and franchisees (especially) gravitate toward because it’s difficult to cloud. It’s simple enough—divide the total company-operated sales by the total company-operated units and you have a pulse of your restaurant’s performance. AUV is a result of traffic and ticket, two essential vital points. Given that, it allows growing brands to understand how new units are performing. For example, if your AUV growth is greater than your same-store sale growth, you (most likely) can deduce that new stores are more profitable than existing ones. Of course, it’s far from an end-all statistic and many things can affect it. Same-store sales, often measured at units open at least a year, is probably the best definition of current and future success since it’s expressed as a percentage that indicates the relative amount of revenue increase or decrease and is compared to the prior-year period. It’s a reflection of the total dollar amount of sales. This is best to understand what portion of a restaurant’s current sales revenues are a result of sales growth in existing locations and what portion is accounted for by the opening of new stores. Simply, same-store sales are a great way to see if a restaurant is growing revenue from its current assets.

With that in mind, here are 12 restaurants, ranked by AUV, poised for big things in 2018 and beyond. Pictured is Cameron Mitchell's Ocean Prime.

Note: Sources for the data include company reports, SEC filings, and industry research. Numbers with an asterisk* are taken from the most recent annual report or SEC filing. Estimates (e) are associated with privately held companies that don’t release sales figures and are compiled from industry research. 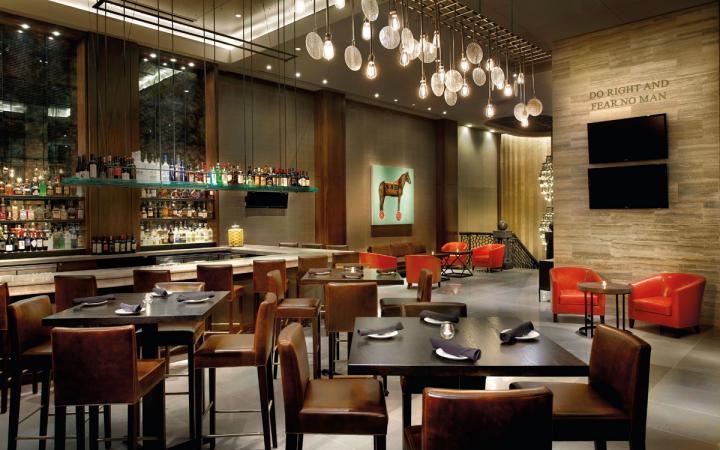 Double Eagle is the crown jewel in Del Frisco’s portfolio, which also includes Sullivan's Steakhouse, and Del Frisco's Grille. Among those brands, the posh steakhouse is the top performer, appreciating same-store sales growth of 1.1 percent in the third quarter. Customer counts were up 0.1 percent. The chain launched a new menu in September 27 and is ready to grow. The company said it plans to open Double Eagles in Boston, Atlanta, and California in 2018. The Atlanta location will also showcase a new, smaller prototype design. 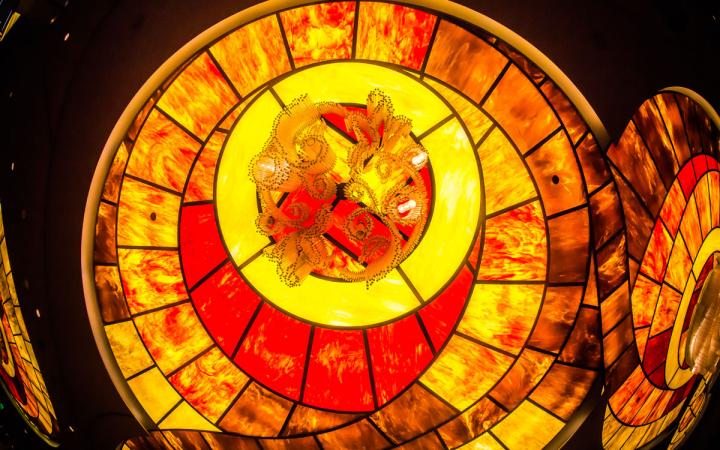 The ONE Group’s high-end chain released some impressive fourth-quarter preliminary sales on January 8. The chain expects its same-store sales to be up 9.5 percent versus the same quarter last year, including a 6 percent increase in the U.S. and 15.5 percent in international comps. Revenue is also expected to be up 3 percent to $21 million. Manny Hilario, president and CEO of The ONE Group, who was named to the position in late October, credited stronger gift card sales, an improved event business, and progress on the company’s “four-point” strategy launched at the beginning of 2017. Locations are coming to Austin, Texas; Boston; Dallas; Denver; Edinburgh, Scotland; Miami, San Diego, and Toronto. 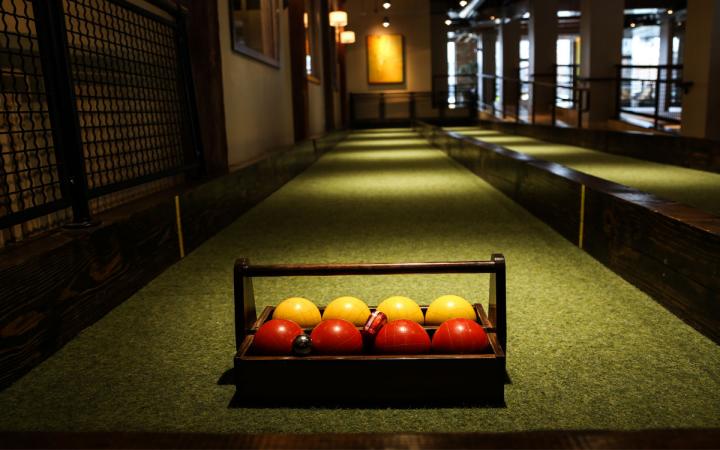 Pinstripes is one of those restaurant concepts redefining what we think of as “eatertainment.” In addition to the bowling and bocce, there is an upscale Italian-American menu, rotating craft beer, a thoughtfully selected wine list, and handcrafted cocktails. It’s a popular wedding reception destination for a reason. The concept has six restaurant locations already picked out and coming soon: Fort Worth; Cleveland; Houston; Nashville; Dallas; and San Mateo, California. These stores would stretch the brand out across the nation, seeing as there are current units in Minnesota, Illinois, Washington, D.C., and Maryland. 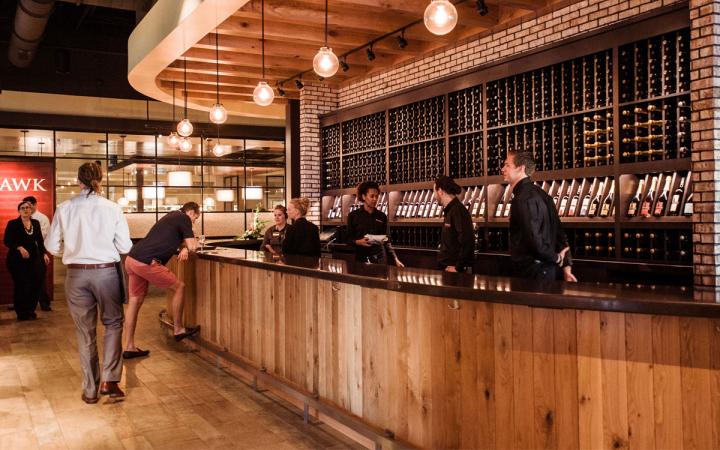 Founded in 2005, Tim McEnery’s growing brand is a vino powerhouse. Its wine club is among the most revered and admired in the industry. Members get selections from the chain’s winemaker Rob Warren each month, as well as invitations to special dinners, rewards, and, in some cases, even get to travel with company brass to faraway locations, like Portugal. There are restaurants in eight states and Cooper’s Hawk has garnered nearly 500 wine awards from various local, national, and international wine competitions. Executive Chef Matt McMillin’s 110-item menu showcases American-fusion dishes featuring flavors from around the world for the brand as well. A store is planned for The Galleria at Fort Lauderdale in 2018. 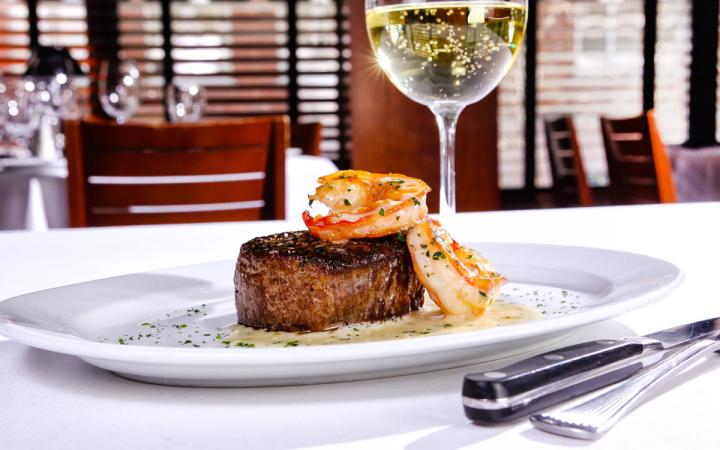 Cameron Mitchell Restaurants operates some of Ohio’s top independent restaurants. Ocean Prime is the company’s scalable concept, although it hardly resembles a chain. Each unit is designed to reflect its city. What does carry over, however, is a commitment to service and culinary that has resulted in national praise. Wine Spectator awarded the brand an “Award of Excellence.” Ocean Prime has proven itself in some of the country largest markets. Its New York City location in Midtown Manhattan opened in fall 2015 and was a key moment for the brand, as Cameron Mitchell always dreamed of opening a restaurant in the Big Apple. There are units in Washington, D.C., Philadelphia; Tampa; Phoenix; Naples, Florida; Indianapolis; Orlando; Denver; Detroit; Columbus; Dallas; Boston; Beverly Hills, California. A second Denver store is coming this fall. 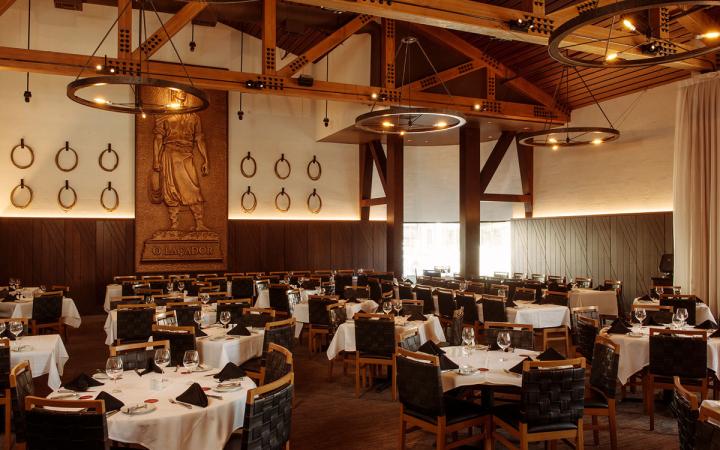 Like many restaurant chains around the country, Fogo de Chão absorbed a rough third quarter thanks to hurricane activity. Same-store sales dropped 2.1 percent in the U.S. The fourth, however, promises to be much improved. The company released preliminary results on January 8, and said it expects comps to be up 2.4 percent, year-over-year. Restaurants in Brazil are also predicted to decline 6.6 percent, which is a vast improvement from the 17.1 percent decline the company saw in Q3—credited to crime and lapping the 2016 Summer Olympics. Fogo reached a milestone in November with the opening of its 50th location. The brand opened its first Troy, Michigan, restaurant and then opened its third Florida restaurant in Jacksonville to set the mark. Locations in Plano, Texas; Pittsburgh; and Dubai are in the works. Fogo’s menu is recognizable for its churrascaria style. Meats are carved tableside by Brazilian-trained gaucho chefs, and it never stops coming. 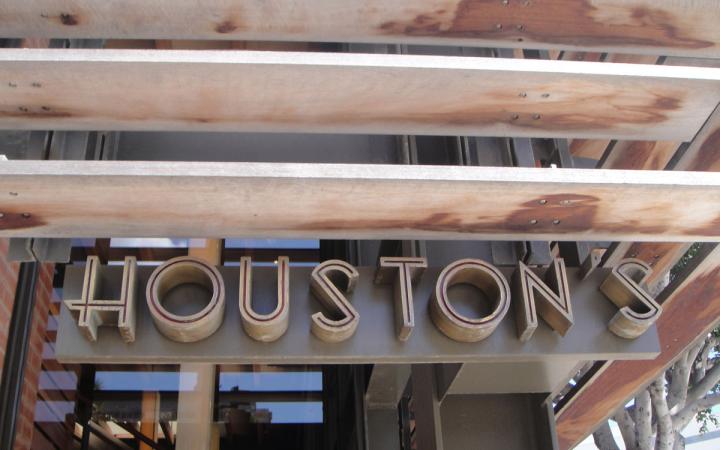 Hillstone Restaurant Group’s chain is a nod to the home state of founders George and Carol Biel. The company has been around a while. Hillstone was one of the original polished-casual brands when it arrived in 1977, and has since expanded to nine locations. Houston’s has a larger footprint at 16 units and is stretched across the country. There are three restaurants in California, one in Arizona, four in Texas, three in Georgia, three in Florida, and one each in New Jersey, Louisiana, and Tennessee. The concept focuses on American classics made from scratch. Burgers are crafted from house-ground chuck and brisket and oranges and grapefruits are squeezed to order. Bread is baked fresh each morning as well. 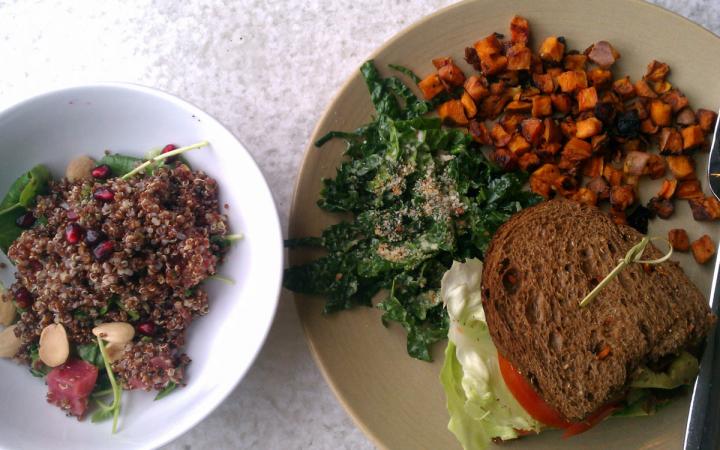 When Sam Fox opened True Food Kitchen in 2008, its health-forward mantra was a bit foreign to foodservice. While widespread today, the concept still stands out for its menu built around the “Anti-Inflammatory Diet.” Dr. Andrew Weil helped build True Food Kitchen around this research, which looks to change eating habits in an effort to avoid and counteract chronic inflammation: a leading cause of heart disease, Alzehimer’s, and more. The concept has spread to 10 states (two in Arizona, eight in California, one in Florida, Colorado, Chicago, Georgia, Maryland, Pennsylvania, Virginia, and four in Texas). New units are planned for Florida and Texas, with a new market—Tennessee—on the horizon. 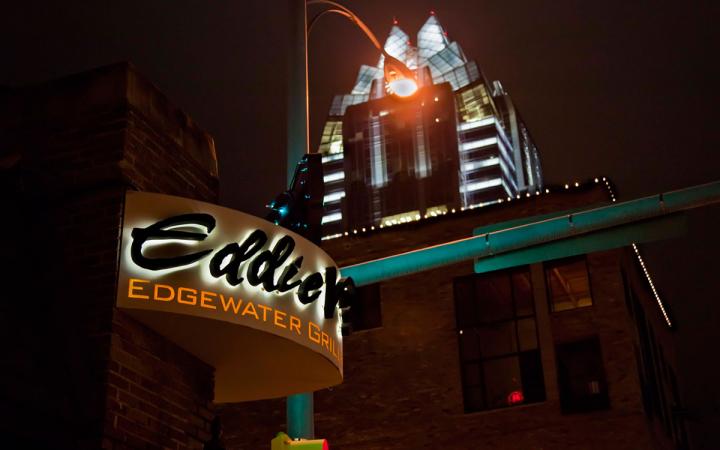 Given that Darden runs LongHorn and Olive Garden, it’s easy to overlook the fact the casual dining giant also operates Eddie V’s, a 19-unit fine-dining brand. But the financials lately have been eye-popping. Eddie V’s was actually the top performer in regards to same-store sales in Darden’s seven-unit portfolio this past quarter. The chain recorded comps increases of 6.8 percent in Q2 versus the prior-year period. Eddie V’s, known for its seafood and extensive beverage offerings, has broken sales records during the past several holiday periods. For the entire fiscal 2017, the chain appreciated same-store sales growth of 1.5 percent. They grew 3.3 percent in the fourth quarter and then 2.5 percent in the second, showing momentum for 2018 and beyond. 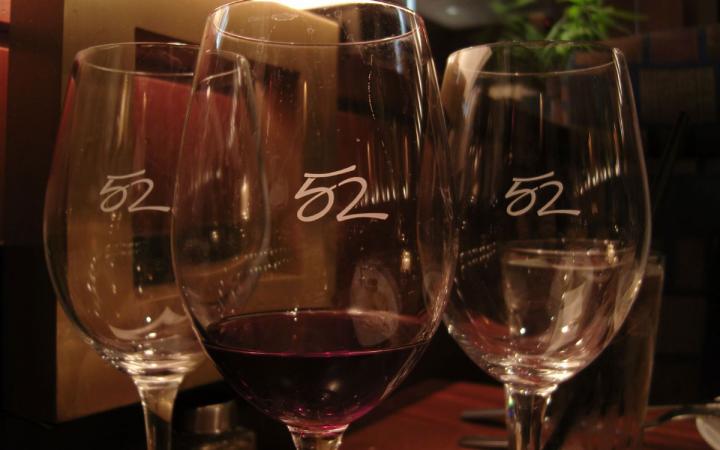 Here’s another of Darden’s smaller, but high-performing concepts. Seasons 52, which bills itself as a wine bar and grill, has reported declining same-store sales in recent quarters, however. But they are climbing in the right direction. They dropped 2.2 percent in the first quarter before falling 0.5 percent in the second. And this was also after a strong 2016 where comps rose 5.7 percent in the fiscal year that ended May 28, 2016. Darden’s track record would lead you to believe the brand, which it has identified as a growth vehicle in the past, will hit positive figures soon enough. The company recently increased its outlook for fiscal 2018 and announced it was investing $20 million into its workforce. 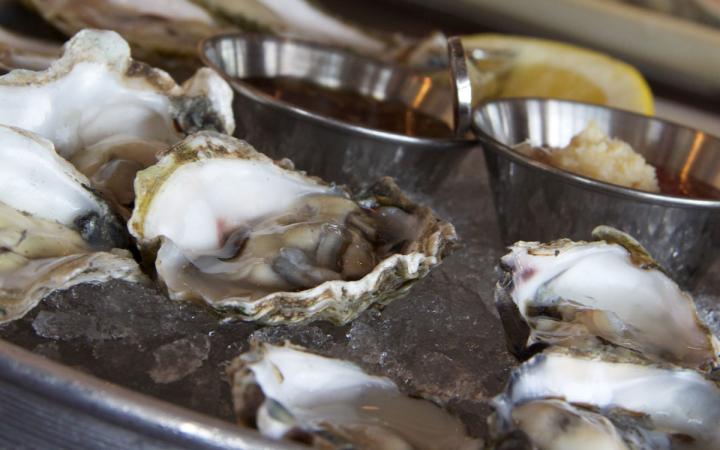 Legal Sea Foods was launched in 1950 and is a second generation-operated concept by the Berkowitz family. It’s perhaps most recognizable, at least by travelers, for its eight locations in major airport terminals. Some of those units feature what the brand calls its Legal Sea Foods “C” fare, a pared down menu that includes clams, cod, crab, and chowder as well as custom cocktails. The chain delivers fresh fish and shellfish coast to coast and collects local seafood honors in handfuls in the markets it operates. Currently, the brand has stores in the District of Columbia, Georgia, Massachusetts (26), New Jersey, Pennsylvania, Rhode Island, and Virginia. 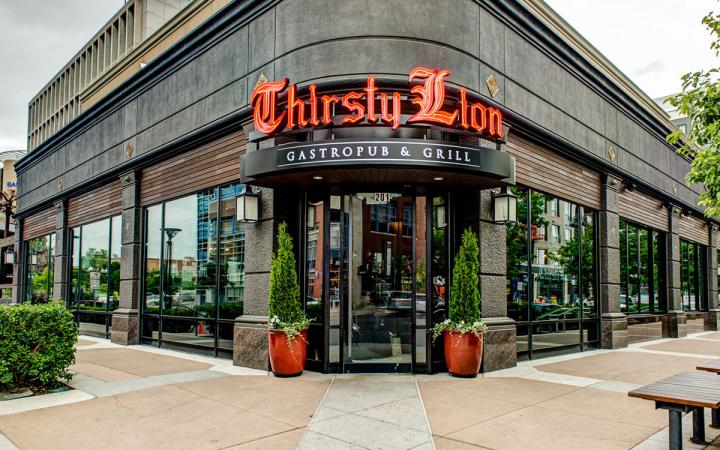 Thirsty Lion has big growth plans ahead. The chain, launched in 2006, plans to hit 21 units by the end of 2020, including new markets such as Florida and the East Coast, while building out existing markets in Oregon, Colorado, and Arizona. The chain has its first Texas location scheduled for The Colony in 2019. The brand brings in 35 percent of sales through its celebrated beverage and bar program (fitting for the name) and features a core menu of about 65 menu items, all prepared fresh with regional and season changes taken into account. The concept is also recognized for serving cocktails with a thick, solid ice block that melts slowly and keeps drinks from being watered down.