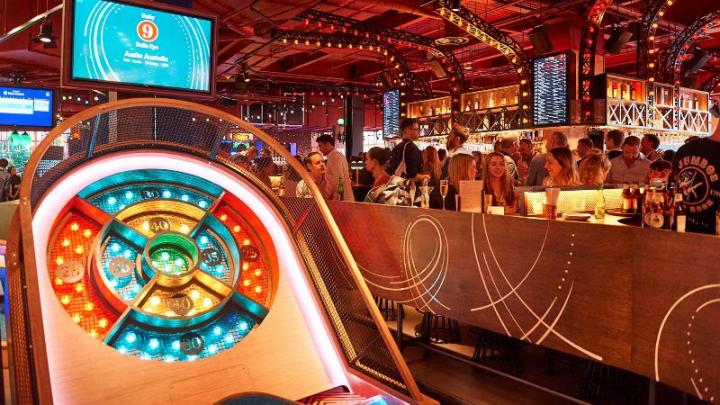 The pandemic has been unkind to many, especially in the full-service industry.

The days of broad capacity restrictions appear, mostly, to be behind us, but as the Delta variant continues to ravage the country, vaccine and mask mandates are on the rise. And if that weren't enough, restaurants are also grappling with systemwide labor shortages and rising commodity costs. There's little time to relax, yet a host of scrappy, casual-dining operators have made it to the other side thanks to innovation, perseverance, and reliability.

Here are 11 emerging brands opened within the past 10 years that are prepared to thrive in a post-pandemic landscape. 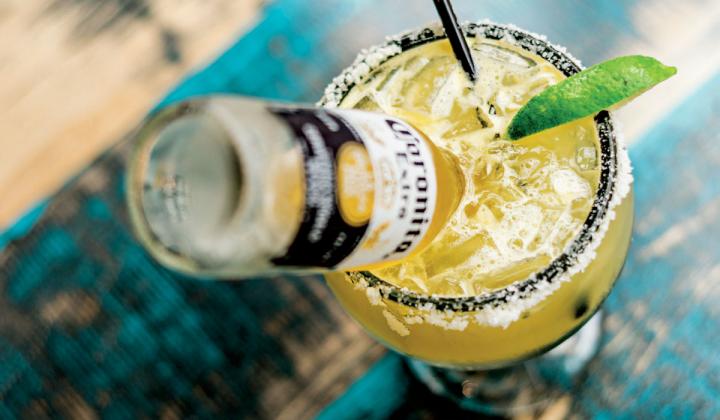 Los Chingones was founded and incubated in Denver—a market whose competitive dining landscape, particularly in the Mexican cuisine category, can be a proving ground for nascent concepts. Chef Troy Guard, who spent his teen years in San Diego, leaned into that city’s interpretation of Mexican favorites as a way to distinguish it from other cantina-style brands. Even the word “chingon” is a subtle nod to San Diego, where it’s typically slang for badass.

One of the most popular dishes since day one has been the Adobo Chicken Thighs. Marinated for 24 hours in guajillo and adobo spices and then grilled, the dish is served alongside a cabbage slaw with a made-from-scratch guajillo ranch and topped with Takis (extremely spicy, rolled tortilla chips). Guard says that guests are also drawn to—and surprised by—an especially bold offering: rattlesnake chorizo. The beverage menu includes more than 70 varieties of tequila and mezcal, half a dozen margarita renditions, and other signature cocktails, including seasonal specials.

The concept recently opened in Fort Collins, Colorado, which was the first store outside the Denver metro area and sixth overall. 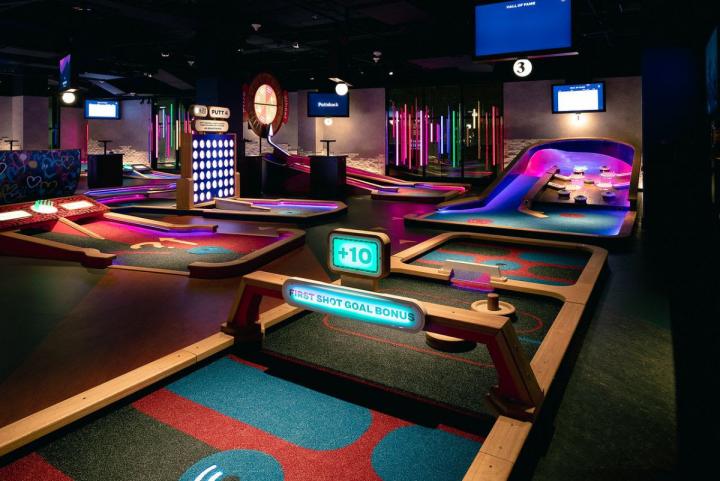 The concept was created by twins Steve and Dave Jolliffe, the founders of Topgolf, and Adam Breeden, the mastermind behind All Star Lanes, AceBounce, and Flight Club. Joe Vrankin, who served as CEO of Topgolf from 2007 to 2012, is working in the same role at Puttshack.

Golf balls are embedded with technology that keeps score as customers play. Vrankin said it reinvents the game of mini-golf “in ways that just was never possible before.” The venue is ideally suited for families and corporate events during the day, but in the evening, Puttshack morphs into a brand that caters to a more mature audience.

The social entertainment chain opened three locations in London before entering the U.S. with an Atlanta-based store this past spring. Another venue will open in Chicago later in 2021, followed by Miami and Boston. The emerging brand also signed a lease to open in Nashville in 2023. Puttshack expects to have nine locations open by the end of 2022, and ideally, the chain will debut between 10 and 12 stores annually beginning in 2023. 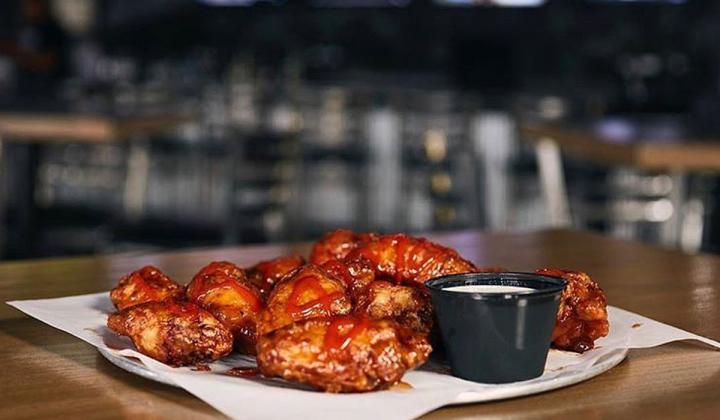 Knockout Sports Bar (KOSB), a boxing-themed concept based in Texas, is seeking new franchise partners in the Lone Star state. The chain currently has five locations across Texas and plans to open an additional 10 units by the end of 2021. The brand wants to expand its footprint, starting with Dallas, Ft. Worth, Houston, Austin, and Waco. Out-of-state markets Arizona and Florida are also possibilities. The brand is actively seeking single, multi-unit, and regional development franchise partners.

KOSB offers customers 26-degree bottled beer, using its proprietary refrigeration system. Additionally, the company serves 95 percent fat-free wings that have been perfected over the past 20 years.

“People are looking for sports bars that offer more than just your typical beer and a flat screen TVs. They want delicious, enticing, high-quality food and drinks, which is part of the KOSB commitment,” said Angelo Park, founder of KOSB. “Our legendary menu has always been a constant part of the brand that keeps customers coming back.” 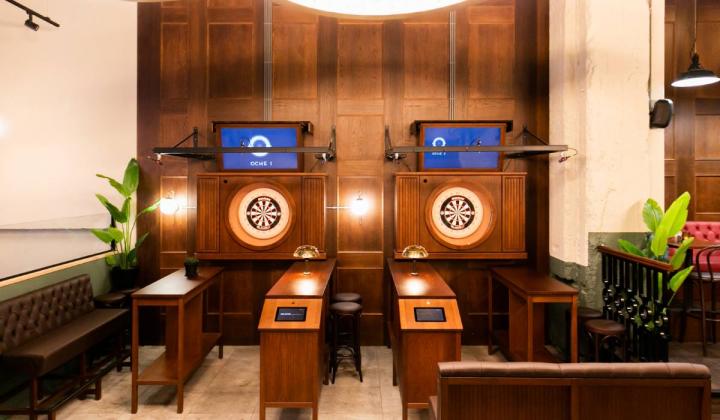 Named for the line players stand behind when throwing darts, Oche features 13 booths with tech-driven, action-packed dart games offering 85 minutes of entertainment for guests. The brand's proprietary technology makes darts simple and fun even for the most novice player. A private game room and semi-private game room offer the same experience in a setting optimized for parties and corporate events.

The menu is curated by executive chef Niels van Halen, a former chef at the Michelin Star restaurant De Hoefslag in the Netherlands, and Norwegian champion chef Michael Lunga. Dishes are inspired by the flavors of Europe, Asia, and Latin America. Oche’s cocktail program is curated by well-known local beverage director David Ortiz, and offers a variety of innovative drinks. 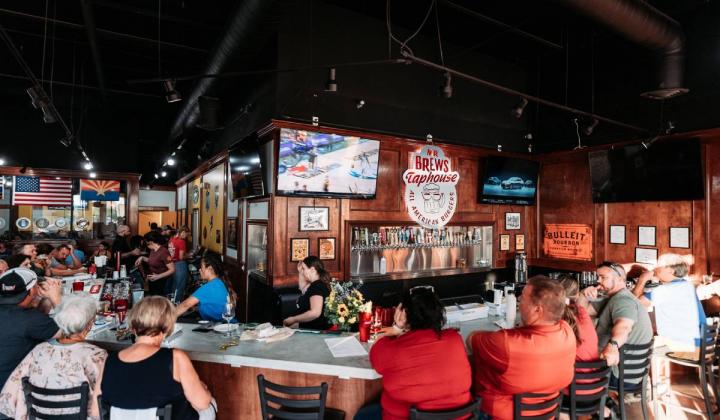 Mr Brews Taphouse has broken sales records with new locations in Melbourne, Florida, and Mesa, Arizona. In July, sales at the Mesa store surpassed every location, and its opening week exceeded the previous record by 19.8 percent. Meanwhile, the Melbourne location continues to be in the top 10 percent of all locations in daily sales.

Year-over-year systemwide sales for June jumped 48.5 percent over last year and 18 percent above 2019. Dine-in sales grew 44 percent over 2020 as markets across the country returned to full capacity. Still though, takeout and delivery saw considerable gains since 2020, increasing by 15 percent and 63 percent, respectively.

The company is targeting growth in the Southeast region, from Wisconsin to Florida and the Carolinas. For new builds, drive-thrus are on the table since COVID heightened their popularity. On the product side, Mr Brews is testing a pizza product and a ghost kitchen line of growlers, "Growlers to Me." So far, the growlers and pizza have received high acceptance from guests. 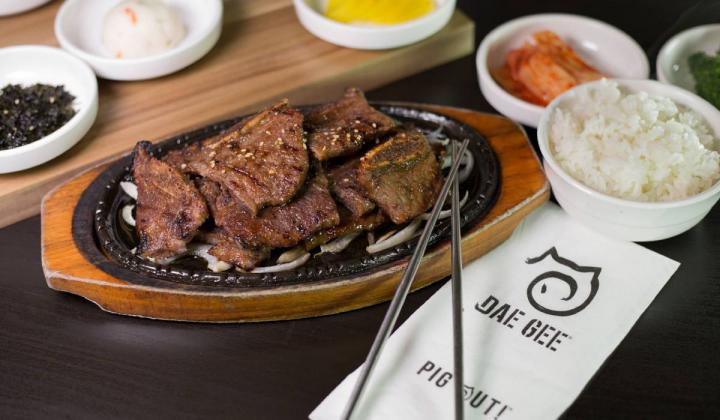 Dae Gee Korean BBQ gained fame in July 2015 when it was featured on Guy Fieri’s long-running series, “Diners, Drive-Ins and Dives." Six years later, the emerging Colorado-based brand is envisioning franchise growth. With the help of Franchise Evolution Partners, a company that equips emerging restaurants with a sales team and recruitment tools, the concept is projecting five to 10 new franchise openings annually starting in 2022. The initial target markets are nearby states like Kansas, Nebraska, New Mexico, Utah, and Wyoming.

Dae Gee, which means “pig” in Korean, features offerings like Sogogi Bulgogi, or sliced rib-eye marinated in the restaurant’s exclusive barbecue sauce, and Joomulruk, or boneless beef rib meats seasoned with salt, pepper, and sesame oil. Customers are able to cook their own meat on grill tops at their tables and eat the meats in a bowl, hot stone pot, or as a wrap.

The restaurant’s current footprint ranges from 2,400 to 3,300 square feet, which is compact relative to the rest of the full-service segment. The upcoming franchises will be even smaller at 1,500 to 2,000 square feet. Leadership chose this size because they felt it was the best range to maximize volume and ROI. 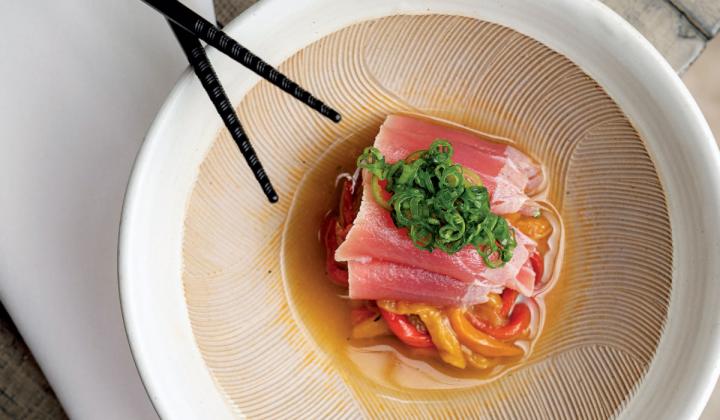 Pronounced like the letter “Q,” the name itself is a nod to the restaurant’s focus on Japanese-style grilling, namely the process (barbecue) and its quintessential accompaniment (yakiniku sauce). Chef Raheem Sealey started as a sous chef when the restaurant first opened and has since become the brand’s executive chef, leading its culinary program across both current and future locations.

The Japanese wood-fired section of the menu includes beef tenderloin and Korean-fried chicken, as well as locally sourced seafood like roasted grouper and Florida snapper. Other entrées include smoked meats like duck breast burnt ends and wagyu beef brisket with black shichimi peppers, plus chilled dishes like tuna tataki and sliced hamachi. Appetizers and veg-forward sides round out the food menu, while craft cocktails with an Asian twist—think the Wynwood Mule with smoked pineapple and the Spicy Shiso Sour with a Thai chile tincture—shine on the beverage menu.

Although the team doesn’t have a specific number of locations in mind just yet, Alan Omsky, cofounder and co-owner, does anticipate the brand growing in both the U.S. and overseas.

9 of 12
The Twelve Thirty Club 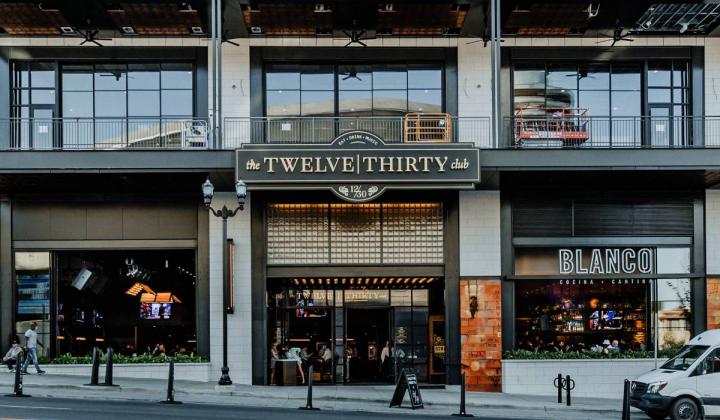 The Nashville-based concept plans to draw employees for 160 open positions by focusing on what workers may arguably want the most—cold hard cash. Lead servers will be paid $2,000 per week for the first eight weeks of training, and their pay is predicted to be at least $100,000 per year. Kitchen employees will make up to $25 hourly.

The venue comprises multiple floors, beginning with the April opening of the First Level, a honky-tonk that hosts live music from rising and well-known stars. That was followed by Honorary Member—a 50-person lounge serving cocktails and shareables with mid-20th century modern design and decor. On September 8, Twelve Thirty will debut The Rooftop Terrace, which has views of lower Broadway and is designed with greenery and outdoor fireplaces. The headliner is the 400-seat Supper Club, a venue built with live music, an elevated menu, plush chairs, and black marble tables. That will open on September 28. 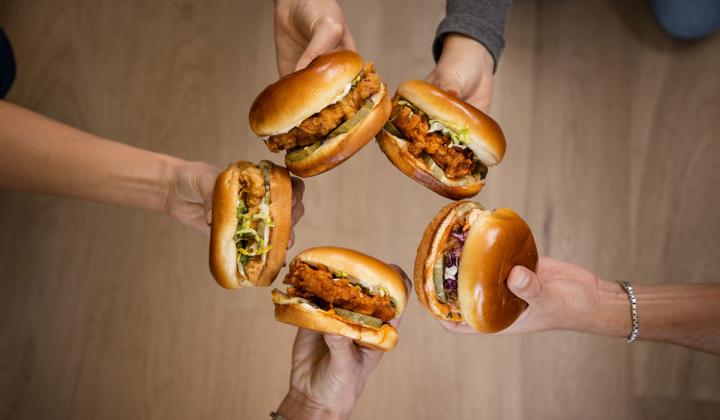 Food and beverage veteran Sam Nazarian says the intent of C3 (Creating Culinary Communities), is to be an ecosystem of brands that work together to unlock the value of real estate in whatever capacity, whether they’re ghost kitchens, food halls, kitchens of hotels, or kitchens of restaurants that have gotten dark, enable that to C3's own technology, and deliver food in an efficient manner.

The industry is watching closely. The group recently announced an $80 investment, led by Brookfield Global Asset Management and REEF Technology. The funding followed the recent launch of C3's CITIZENS GO app, allowing consumers to order across multiple restaurant brands with items arriving in one delivery.

The funding raise includes C3's commitment to lease at a variety of mixed-use, retail, and hospitality spaces helmed by the world's leading real estate developers. The leases will be used to open CITIZENS food hall locations across the country as well as physical locations for C3's 40+ digital restaurant brands, the company's EllaMia café concept, and standalone full-service restaurants, many of which will become supplemental space for additional C3 brands, executed through shared ghost kitchens for mobile ordering and delivery through the CITIZENS GO app. 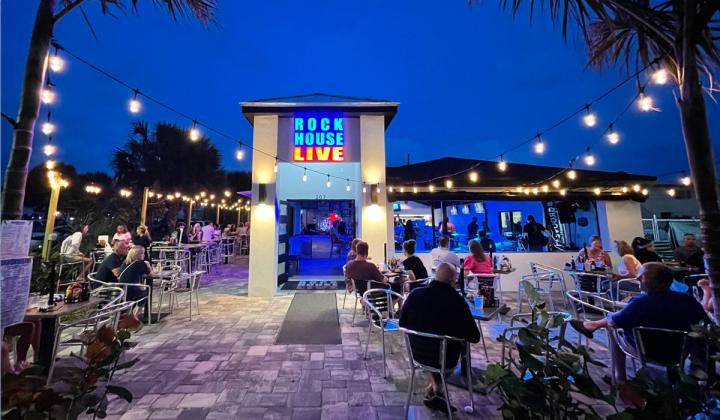 Eat. Drink. Rock. is the motto of RockHouse Live, a fresh music-themed concept that boasts live entertainment every night and innovative technology that connects guests with performances from what will eventually be across the globe.

RockHouse Live is the brainchild of lifelong musician Zach Bair, who began playing with the idea of a restaurant concept with constant live music 15 years ago. Bair started with the live and virtual entertainment concept in the Dallas and Memphis markets. The venues are powered by VNUE technology, which streams live shows from each  restaurant, so guests can be immersed in the live music experience, no matter their location.

RockHouse Live's growth started with a flagship location in Clearwater, Florida, in April. Quickly, RockHouse Live made plans to open units in the University of Mississippi’s home in Oxford, Mississippi, and the bohemian Ernest Hemingway destination Key West, Florida, this year.

“The thought was always to have a place where people can go and have a great time and see their favorite bands, that could be local, regional, or national touring bands, up close and personal,” Bair says. “And that was really the thrust of it.” 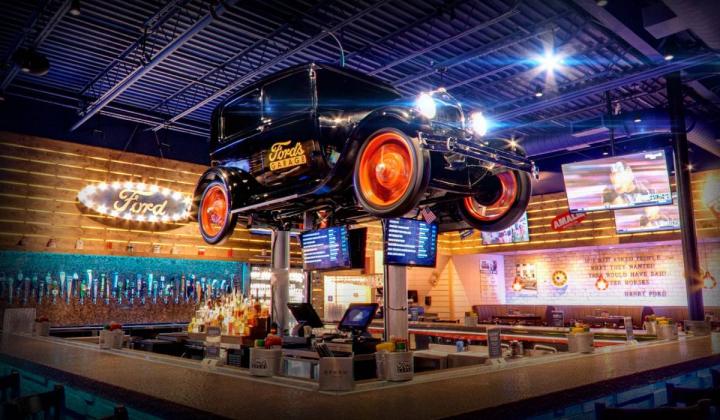 The original Ford’s Garage opened up in Fort Myers, Florida, back in 2012, less than a mile from Henry Ford’s winter home. In the years since, the budding burger-and-craft-beer franchise has expanded to include a total of 16 locations, including 14 in Florida and one each in Indiana and Michigan.

Most recently, Ford’s Garage announced plans to add at least 15 new restaurants nationwide by the end of next year. Development deals have already been signed for 11 of those restaurants across Florida, Kentucky, Michigan, New York, Ohio, and Texas. Looking beyond 2022, the company plans to open 10-15 new locations annually.

Ford’s Garage is the first and only restaurant to be allowed rights to Ford’s iconic blue-oval logo, as well as other of the automotive giant's brand imagery, including archived historical photos, images of vehicles and actual Model Ts. Such items have become standard décor at Ford’s Garage. Each restaurant is designed to look like a gas station from the 1920s and is filled with vintage Ford vehicles, fixtures, and gas pumps. Servers sport blue mechanic shirts. Blue shop cloths double as napkins.