Regas is finalizing his book, which he says will look at the grittier history of pizza in America.

After more than a century and countless articles and books covering the topic, the history of New York pizza is changing.

“In 2010, I was writing about the genealogy of pizza families in Chicago, when I decided that it was only fair to include New York’s Gennaro Lombardi pizza history. That’s when I found the first crack in the story,” says Chicago-based researcher Peter Regas, who is discussing his findings during an event scheduled for Saturday, February 23, at the U.S. Pizza Museum in Chicago.

Regas explains that extensive research into genealogical and city records unearthed names and dates that, until now, no one had heard before. At the Newberry Library in Chicago, he perused microfilm reels of New York City directories from 1880 to 1920.

“I looked up the 1905 directory and couldn’t find Gennaro Lombardi, which didn’t make sense to me. I looked in 1910 and still couldn’t find him,” Regas says. “Then I started looking by address and found the name Francesco D’Errico listed as a baker at 53 ½ Spring Street; I got shivers.” 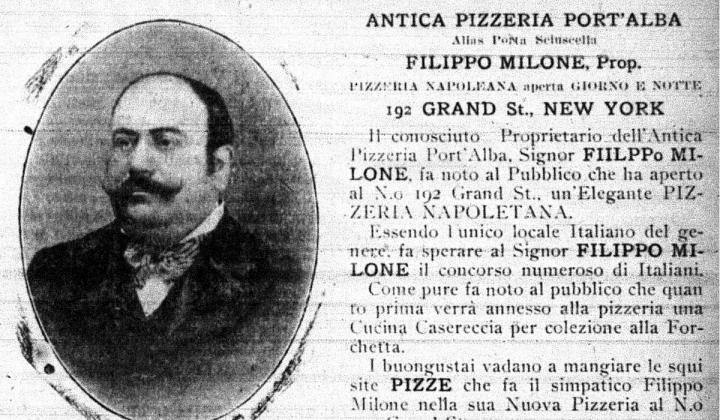 Although a business license has never been found that establishes when Lombardi’s officially opened, it’s become common knowledge that Gennaro Lombardi opened a grocery store at 53 ½ Spring Street around 1897, which became America’s first licensed pizzeria in 1905. Regas, however, says that records indicate Gennaro Lombardi did not arrive in America until 1904, when a ship’s manifest shows him entering as a “laborer” at the age of 17.

In fact, when Lombardi was 10 years old, still living in Italy, Regas says records indicate that a pastry chef was working at the Spring Street location. And in 1898, Filippo Milone, the man who Regas posits established two of the most famous New York pizzerias still in existence today—Lombardi’s on Spring Street and John’s of Bleecker Street—likely acquired a permit for a bake oven for 53 ½ Spring Street.

Between 1900 and 1918, the Spring Street location changed hands between Milone, a pizzeria operator named Giovanni Santillo, D’Errico, and Lombardi, according to Regas’s research.

Similarly, in the case of John’s of Bleecker Street, most agree that the pizzeria opened in 1929. In his research, Regas came across documents dating the opening of John’s back to 1915, when Milone took over a bakery at 175 Sullivan Street. Later, in 1925, Regas says a city directory lists Pizzeria Port’Alba at 175 Sullivan Street and John Sasso, (a relative of Milone’s by marriage) as the co-owner. At the final location on Bleecker Street, Regas says a neon sign still hangs in the window that reads, Pizzeria Port’Alba. 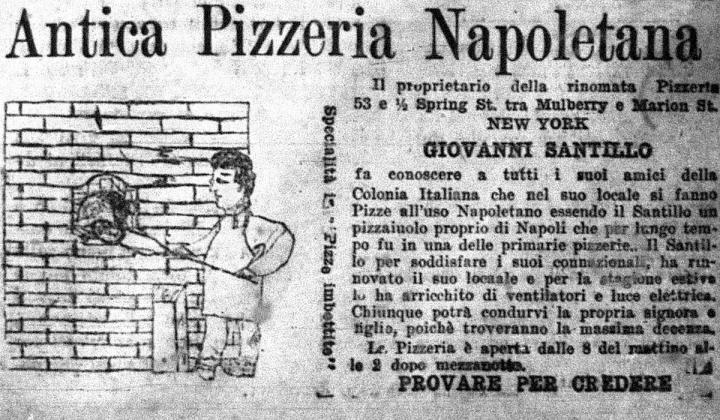 Regas believes this new information will further solidify Lombardi’s significance. “You have a more historically interesting pizzeria than most people realize,” he says. “Lombardi’s goes way back and there are many interesting characters who may have been pizza men from Naples. To me, that’s really exciting, but I’m a pizza geek.”

Regas is finalizing his book, which he says will look at the grittier history of pizza in America. Until then, he plans to continue publishing excerpts and findings on his blog, pizzahistorybook.com.

Admission to Regas’ February 23 presentation at the U.S. Pizza Museum is free with online RSVP:

Presented by Peter Regas at the U.S. Pizza Museum