Known for its namesake wine, Chianti is just one of many Italian regions that exports specialty goods to the U.S.

With many restaurants relying on imports for specialty Italian foods, increased tariffs could have a serious effect across the sector.

This past July, Ryan Fletter took a group of chefs, sommeliers, servers, and others from his two Denver-based Italian eateries, Barolo Grill and Chow Morso Osteria, to Italy for what he termed “an intense R&D trip.”

Over 10 days, Fletter and his crew visited wineries in four different regions and learned about cooking risotto from Acquerello, a prominent Carnaroli rice producer in Italy. The experiences, Fletter explains, were designed to help staff at both heralded eateries “speak the gospel” of authentic Italian cuisine to guests. 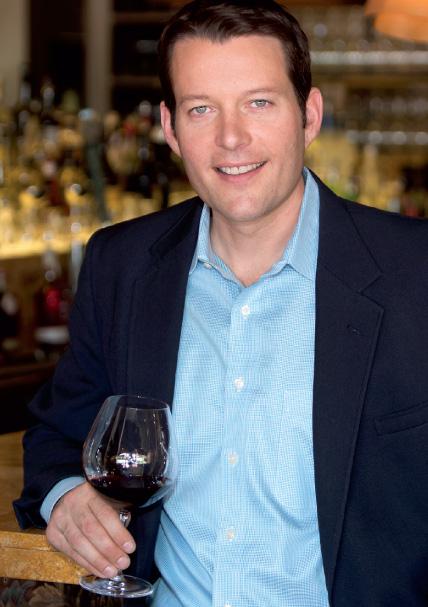 Depending on trade tariffs, restaurateur Ryan Fletter may be forced to reconsider his Import Purchases.

“We want to provide our diners a meal that entrances and gives a true taste of Italy,” Fletter says. “That attention to detail and authenticity is something that our guests appreciate and value.”

To help accomplish that, Fletter brings an assortment of genuine Italian goods into the kitchens of Barolo and Chow Morso, including San Marzano tomatoes, Parmigiano-Reggiano, extra-virgin olive oil, Pecorino Romano, and Italian wines from regions across Italy, including Piedmont and Tuscany.

But for Fletter and other like-minded Italian restaurateurs across the U.S., those products could soon become more costly.

Earlier this spring President Donald Trump tweeted that the U.S. would impose tariffs on $11 billion worth of European Union products as a response to EU subsidies on its aerospace company, Airbus. Such tariffs, which have yet to take effect as of press time, would impact a range of Italian specialty foods—wine, cheese, and olive oil among them—that are staples in U.S.-based Italian restaurants eager to re-create an authentic Italian meal for their guests.

“It’s speculation right now more than anything, and it would be a reach for us to be overly worried about [the potential tariffs],” Fletter says. “But that doesn’t mean we’re not keeping an eye on them.”

The U.S., after all, is the globe’s third largest importer of Italian goods, with 10 percent of what the European nation sells abroad landing in the States. The U.S. has demonstrated a particularly hefty appetite for some of Italy’s most heralded goods, its DOP (Denominazione d’Origine Protetta) products that include some brands of mozzarella di bufala, balsamic vinegar, and San Marzano tomatoes so ingrained in Italy’s culinary-obsessed traditions.

“These goods shouldn’t be stuffed in the commodity category like steel or soybeans, but they are,” Fletter says of DOP products, adding that he has heard far more chatter about tariffs in the last year than at any other point in his life. “It’s just the world we’re in right now.”

Beyond these Italian specialty products, restaurants across all categories are already at risk of seeing prices on their imported goods accelerate in the coming months (if they haven’t already) as a result of tariffs, says Michael Nitti of Isola Imports, a prominent importer of gourmet Italian food products headquartered in Chicago. When the U.S. government hit China with tariffs, Nitti says shipping companies accounted for the slowdown by raising their prices 3–5 percent, which affected Isola’s costs.

“At first, the importer and distributor take the brunt of this because you can’t keep raising prices every time something happens. Importing is way too competitive of a space to do that,” Nitti says, adding that dollar exchange rates and shipping costs can also swing an importer’s costs as well.

But if the costs climb high enough, everyone could feel it: the importer, the distributor, the restaurant, and, eventually, the consumer.

“I don’t believe restaurants are feeling [these increasing costs yet], but it could work its way downstream,” Nitti says. That being said, he’s not devoting much of his time to such what-if scenarios well out of his control. “Too much else going on,” he says.

Still, what’s an authentic Italian restaurant to do as potential price increases loom in a not-too-distant future?

Matthew Harding of Piada Italian Street Food, an ascendant nine-year-old fast-casual chain based in Columbus, Ohio, says any number of external factors can put a restaurant into panic mode: paper goods from China, regulations on disposables, and, in this case, potential tariffs on products like extra virgin olive oil that Piada regularly sources from Italy. Rather than letting such uncontrollable factors consume his thoughts, Harding directs his attention to thoughtful, calculated decisions that play the long game.

“There will always be outside pressures on your business,” he says. “Sometimes it’s how you stay the course and weather the storms that define who you are.”

If tariffs pushed prices upward, Piada would first look at sourcing similar products domestically, something it already does with BelGioioso American Grana, which works better with Piada’s cream-based pasta sauces than traditional Parmigiano-Reggiano. Thereafter, Harding says, Piada would investigate menu alterations and then, admittedly at its own peril, the possibility of raising menu prices.

“It is always a search for the best product you can bring your guests at the best price,” Harding says. “Ultimately, operators will have to decide if short-term gain is more important than protecting your brand.”

Others insist they’ll hold the line.

At Spiaggia, a long acclaimed Italian hot spot in Chicago, chef Tony Mantuano purchases the kitchen’s “necessities” from Italy. “Olive oil, balsamic, truffles, etc. There is no substitution from the real thing,” he says.

While the James Beard Award–winning chef acknowledges that the potential tariffs remain on his radar, he says the prospects of higher costs will not stop Spiaggia from importing such key products from Italy.

“We have to stay true to our roots and to our cuisine,” he says.

Mantuano adds that changing the source would mean compromising the brand, something Spiaggia has carefully constructed over 35 years in Chicago’s competitive dining scene.

“Balsamic only comes from two places. [Parmigiano-Reggiano] only comes from one place. You can’t get it anywhere else,” he says. “We may have to adjust the food costs ... but we will still source from Italy.”

Fletter, too, is committed to using his key Italian imports at Barolo and Chow Morso.

Niccolò Angius, owner of Cesarina, a trattoria nestled in San Diego’s Point Loma neighborhood, sees a different approach. Though his upstart Italian restaurant sources a range of goods from Italy, including Italian Black Summer Truffles, extra-virgin olive oil, Parmigiano-Reggiano, and Pecorino Romano, Angius views the tariff talk as an opportunity for Italian restaurateurs and chefs like his to promote high-quality, artisan production that is being done locally. Such options, he notes, are more sustainable and more environmentally friendly compared to traditional importing.

To that point, Cesarina already sources select products from local producers. Cesarina’s Mozzarella, for instance, arrives fresh daily from Los Angeles, crafted by two Italian expats who spent a decade in Naples learning how to make the popular cheese.

“We receive the product four hours after it goes through production, so it is fresh and delicious,” says Angius, adding that the restaurant regularly receives compliments on its mozzarella. “When you import mozzarella from Italy, you are lucky if you receive it at even a week old.”

Admirable as that is and fortunate as Angius is to have such craftsmanship in his backyard, others aren’t so lucky or simply remain steadfast in their attempts to deliver—at least by their own standards—an authentic Italian meal as opposed to an Italian-inspired dish.

“True, authentic Italian food has a hard foot in Italian-sourced goods,” Fletter contends. “Our guests are trying to get a vicarious experience when they visit us, and if we were to abandon using authentic ingredients, then I’d feel as if we were fabricating the experience.”

In taking members of his team to Italy earlier this summer, Fletter aimed to help staff understand the difference between key products like mozzarella di bufala and mozzarella from the U.S. He also hoped to underscore the importance of consumer education.

“We have a responsibility to communicate if we’re giving an authentic Italian dish as opposed to an Italian-inspired dish,” he says.

If tariffs on Italian specialty foods do pass and then come to impact his restaurants, Fletter will likely look to negotiate a more favorable purchase price, direct more conservative use of impacted products, alter portions, or adjust menu prices. It’s something he acknowledges might prove more difficult to pass at Chow Morso, a more casual concept compared to its fine-dining sister concept, Barolo.

“And, ultimately,” he admits, “the customer will probably tell us which way we have to go.”