Mercato, which means market in Italian, is the brainchild of Chandi Hospitality Group and executive chef Niven Patel.

There’s nothing new about the combination of a restaurant and grocery in the U.S., which often begins as a delicatessen and then expands into something more. It’s a concept that’s been employed by Italian- and other immigrant-owned stores nationwide.

In recent years, however, the format has expanded to include much larger players. Traditional grocers have elevated their prepared-food offerings to include freestanding restaurants inside supermarkets, creating what have been dubbed grocerants.

In the world of Italian food, a giant player is Eataly, which has six U.S. units in major cities. It is essentially a marketplace that includes grocery goods, restaurants, a cooking school, and more. At the same time, more modest combinations of restaurants with gourmet markets, such as Perricone’s in Miami or Washington D.C.’s Officina, are currying consumer favor.

Mercato, which means market in Italian, is the brainchild of Chandi Hospitality Group and executive chef Niven Patel of Ghee Indian Kitchen in Miami where he was a 2018 James Beard Best Chef South finalist. 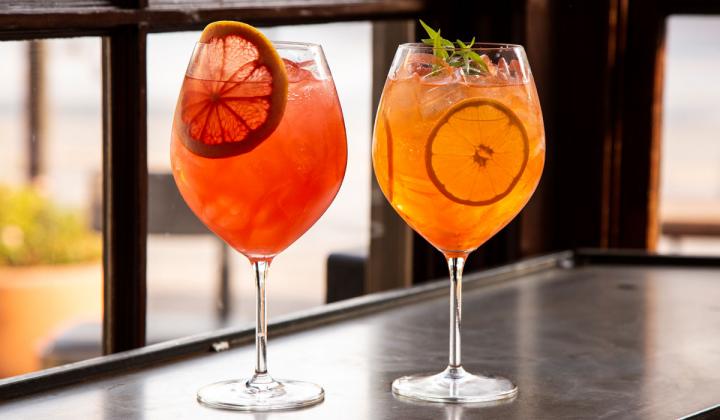 Cocktails to pair with Mercato's vast array of options.

The concept marries Italian cuisine curated by the classically trained chef, who also studied and worked for six months in Italy with Sonoma County agriculture. The market is an extension that features both local produce and products, along with specialty items imported from Italy.

A mutual friend introduced Patel to Chandi Hospitality’s top executives. After doing research, Chandi Hospitality asked him to create the menu for one of its 11 concepts, Bollywood Bar & Clay Oven in Santa Rosa. Patel’s experience in Italy sparked the idea for Mercato.

“Wine country ethos and Italian food culture are similar in many ways,” says Sonu Chandi, founder and president of the parent company. He adds that Patel has found a synergy between Sonoma’s local ingredients and vibrant Italian flavors.

Mercato was planned as a restaurant first, says David Asher, director of retail. Patel, however, was considering opening a market within a new Italian restaurant in Miami. As luck would have it, Mercato’s space (which had housed a burger concept also owned by Chandi) offered enough space for a market, too.

Asher previously worked in New York’s fashion district. “I’ve been to Eataly a hundred times,” he says. “It’s the mothership of this in terms of having all the supplies to be inspired as a chef. We are the smallest possible version of Eataly.”

While the Sonoma Valley is known for wine tourism, other produce and gourmet goods provide plenty of in-season ingredients for the market. At certain times of the year, Mercato even puts up a sidewalk farm stand in front of the business. 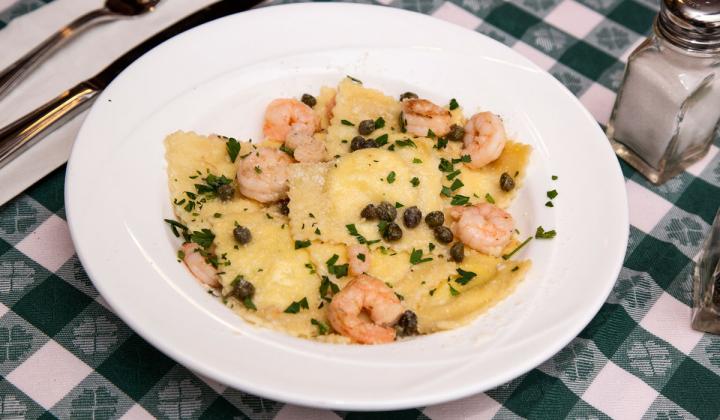 Guests have the option of building their own creations by choosing from among various pastas, sauces, and toppings.

While some cheese is imported, such as Fiore Sardo Pecorino and Caciocavallo, others are local, Italian style, including Montasio from Valley Ford Creamery and Toma from Farmstead Cheese Co. The market also retails its own pasta and may do the same with sauces. Meats are domestic.

But what has really caught the fancy of locals and visitors is the restaurant, which employs a farm-to-table ethos that melds local, organic ingredients and hand-made pasta—in a variety of shapes—and sauces to create affordable, made-from-scratch dishes.

Guests have the option of building their own creations by choosing from among various pastas, sauces, and toppings or from a menu of chef’s dishes, such as rigatoni, basil pesto, and grilled rock shrimp or zucchini noodles, white wine, and caper sauce.

The business got off to a rocky start as a result of smoke concerns from the Northern California fires that raged last fall. “People were advised to stay inside for two or three weeks, and that really put a damper on our launch,” Asher says. This was followed by heavy rains, but business picked up around Christmas, both at the restaurant and for gifts at the market.

“Heavy tourism begins in the spring and we’re looking forward to that,” he adds.