Boston's Wants to Put 'Dough' Back in Franchisees' Hands

The brand is looking to cut costs and improve its menu as it ramps up for growth.
April 2019 Rachel Taylor

The franchisee-franchisor relationship runs deep at Boston’s. The pizza chain, whose parent company has a long history of success in Canada, believes it can reach similar heights in the U.S. by leaning on its operators. As a majority-franchised chain—out of its 22 locations, there are only two corporate restaurants—anything the brand decides has a major ground-level impact.

But there are things the company can do to help out.

One recent example was a menu overhaul designed to slice food costs and boost return on investment. All the while emphasizing the most recognizable and time-tested product Boston’s offers.

READ MORE: As casual dining elevates, so does Boston's

Pizza, naturally, already plays a big part on the menu, so Boston’s new “dough-centric menu” expands the brand’s made-from-scratch product—a 50-plus year tradition—to include new flatbreads and calzones. By highlighting dishes made with Boston’s simple, staple ingredient, it opens up the opportunity to bring cost-effective menu items to the forefront while the more expensive dishes fall behind, it said.

“That's one of the secrets to be able to really have a stable food cost within the core of our menu,” says Adam Garner, vice president of operations at Boston’s, of the dough, made in-store daily. “That’s also one of the secrets why our pizza is so good.”

You can tell franchisees helped throughout the process of reconstructing Boston’s menu, Garner says.

“From ideation to the testing and to the rollout, our franchisees have been involved in each step of the way,” Garner says. “We're testing in their restaurants. We’re seeking their feedback or seeking feedback from their teams. They’re a part of it. They're invested in it. They're excited about it.”

The menu revamp plays an important role in the company’s strategy to put more money in the hands of franchisees. By leading with menu innovation, Boston’s is able to cut costs throughout the business in a way that empowers operators instead of limiting them, Garner says.

Boston’s says it has “record-breaking” growth planned for 2019. In addition to the menu redesign, the company recently reworked its restaurant-build positions in an effort to grab market share in one of the industry’s most competitive segments. This includes upgrades to the franchise model, from the size and look of restaurants to the food itself. A fresh store design incorporates a more flexible footprint, which will allow Boston’s to target smaller sites (another change aimed at lowering costs) and give the company flexibility to enter larger urban cities. Boston’s also unveiled upgraded patio spaces with fire pits, among other décor changes. Stores in Texas—Boston’s homebase—have already undergone renovations. The company said refreshed units are reporting significant increases in revenue, peaking at 22 percent growth. Four restaurants in the Northwest, Midwest, and Southeast are up next. 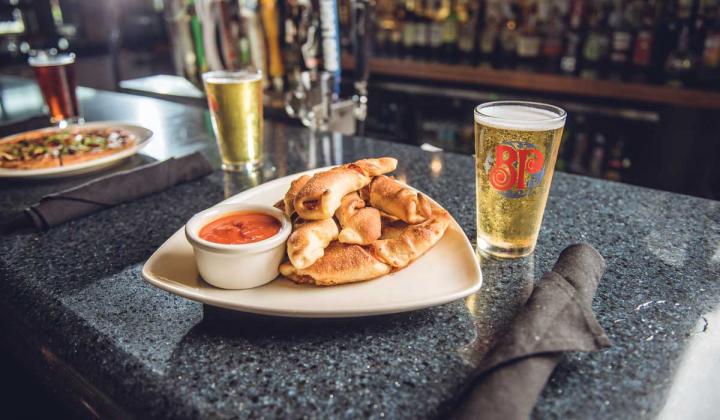 “The numbers behind our redesigned restaurants, menu, and franchise development plans put Boston’s in a position for growth through franchising in order to be America’s best sports restaurant,” said Jeff Melnick, Boston’s president, in a statement. Melnick joined Boston’s last April. He’s a 40-year-plus industry vet who spent 18 years with Chili’s, starting as a manger and ending as regional director of operations in Southern California, responsible for 78 restaurants. He also served as senior vice president of operations at Red Robin, and, most recently, held the position of vice president of CraftWorks Restaurants & Breweries Inc., where he was brand leader of the Gordon Biersch concept.

In the back half of 2018, Boston’s sales grew 0.9 percent over the prior year, the company said. It said it expects to grow unit count by 30 percent every year for the next three in the U.S., including six new restaurants in 2019—five of which will be in fresh markets. That would be followed by a projected nine and 12 stores, respectively, in the coming years, which would put Boston’s on a fast track to double its U.S. footprint.

The company doesn’t lack size or brand equity in Canada, where it has 400-plus locations. Boston’s has annual total systemwide sales north of $1 billion, including Mexico restaurants. The concept was introduced to the U.S. in 1998 and has seen its share of up-and-downs. Back in 2013, Boston’s had 40 restaurants. It started to shrink after looking into locations and addressing real estate and demographic missteps, the company said at the time. In May 2017, it rolled out a brand refresh at its U.S. stores, repositioning them as “America’s Sports Restaurant,” and placing a stronger emphasis on core products. This included a new company logo and decision to closer align with its Canadian powerhouse counterpart.

Things started to turn around in 2017 when the brand closed the year with 33 franchise agreements signed.

The power of menu changes

The current size of the company is another factor that played into developing a new menu. Boston’s is at a point in the U.S. where change doesn’t seem burdensome, Garner says. Brands that have hundreds of units have less wiggle room to innovate and implement changes systemwide.

“We’re at a size right now where we can we can choose who we want to be, how we want to grow and how we wish to operate and service our guests or service our franchisees,” Garner says. “That's an exciting place to be in versus stepping into a situation where, just due to the sheer scale of the business, those types of decisions can become exponentially more challenging and [expensive].”

The dough-centric menu launched at Boston’s two corporate restaurants in February and in the franchise advisory council locations at the beginning of April. Garner expects the new menu to rollout nationwide in June. Until then, the company is analyzing feedback of what is working and what needs to be perfected before it becomes available at all 22 locations.

So far, feedback has been positive. Food costs at the locations where the new menu launched are already going down, Garner says. The costs won’t dramatically decrease overnight, but franchisees will see incremental changes over time.

“Boston’s is absolutely committed to the franchise model,” Garner says. “For us to say that we have to do more than, say it, we actually have to live that every day. This menu has been a strong nod to that idea. We collaborated in a way that most brand, quite honestly, would probably be uncomfortable with collaborating. But there’s value in that and we believe that through that collaboration we’re going to get to a better place than we would have gotten by pushing.”

Menu innovation will continue to play a major role moving forward. Competition in the pizza segment continues to accelerate and Garner feels the new menu will give Boston’s an advantage when it comes to attracting guests. Small menu changes weren’t going to cut it.

“Too many times there are menu acrobatics that take the place instead of true menu innovation and guests are savvy to that,” Garner says. “Guests understand when you just rearrange the chairs and called it different. So our guests are sharp savvy consumers. Our franchise partners are experienced professionals, and our crewmembers who do this day in, day out, they expect improvement in the food. We came to a point where our menu had grown a little bit stale. We needed to make a bold and significant change rather than minor tweaks.”

“They're seeing the direct value in that to their business, and they'll be very willing to advocate for the brand, whether it's growth themselves or growth through new franchise partners that become interested in the brand.” — Adam Garner, vice president of operations at Boston’s.

With a new colorful layout, the menu’s changes are instantly recognizable. Boston’s plans on revamping its beverage program this summer as well, and toward the end of 2019, its catering menu will be overhauled.

“We like building in enhancements into the menu,” Garner says. “We give guests the opportunity to explore flavors in new ways, like adding dips for pizza. The moment that it dawns on me that I can dip my pizza in Bolognese sauce, I can dip it in a pomodoro sauce, it’s amazing. Stop counting calories at that point and just enjoy the amazing flavors that you're getting.”

Franchisee feedback, and more on growth

“Through the process of evolving this menu, we've actually been able to engage our franchisees in a way that, quite honestly, I don't think they've been engaged in the past,” Garner says. “If you look across the landscape, the brands that are most successful are the ones that have the highest level of engaged franchisees. We’ve taken a very bold step into that world with Boston's.”

Current franchisees will play a major role in Boston’s aforementioned growth strategy. The brand is leaning on operators to help open new locations and share their success with potential franchisees who could help grow the business in the future.

“Our current franchisees see that we're investing in innovation, that we're focused on their unit-level economics, and that we're putting guest experience at the forefront,” Garner says. “They're seeing the direct value in that to their business, and they'll be very willing to advocate for the brand, whether it's growth themselves or growth through new franchise partners that become interested in the brand.”

Garner admits Boston’s footprint is small, but the opportunity for growth is immense in the U.S. Garner says, “I think that we can emulate the success from our parent company up North.”

The new locations will be a combination of corporate and franchised locations. Boston’s doesn’t have great density in any particular market, so the new stores will help fill in some gaps and introduce the brand to new markets.