Rockit Ranch Productions is making its first forays out of Chicago with Sunda in Nashville, Tennessee.

Why Restaurants Need to Get Real About Real Estate

Billy Dec gets easily excited about new locations and puts everything into finding the right spots for his restaurants. The CEO and founder of Rockit Ranch Productions is making his first forays out of Chicago, where he has three restaurants, to open a second location of his concept, Sunda, in Nashville this spring.

Many factors have gone into the site selection, but for Dec, “it simply comes down to whether or not a particular location is one I’m dying to be in. To know if it’s the right fit for our concept, I have to love the people, culture, environment, beauty, potential. It has to invigorate, excite, motivate, and hype me up to deliver our best product at the highest level.”

To dig down deep with that, Dec has been immersing himself into Nashville for the past seven years. Beyond understanding what makes a city tick, Dec says, he also looked at Nashville more scientifically, examining parameters such as population growth, proximity to targeted demographic, lack of competition, and strategic local partners. 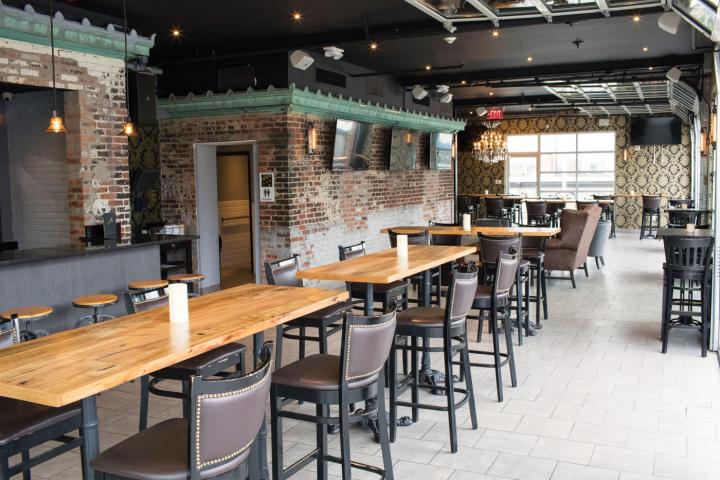 Paige Hospitality Group is making its first forays out of the New York City region and expanding its brand, The Ainsworth, to Kansas City in January, Nashville in April, and Philadelphia this summer.

Golden Corral uses technology to hone its site-selection process. The Raleigh, North Carolina–based chain, which has around 500 restaurants across the U.S., uses PopStats and Experian for demographic information. It also uses a demographic platform, Intalytics, for its major analysis. “We have a pretty sophisticated way of looking at this,” says senior vice president of development Dave Conklin.

After this, the concept researches the market. A high-density market is essential, Conklin says, since high-frequency users visit the restaurants as many as 80 times a year. For a large location, he looks for 110,000 people within a 15-minute driving radius and around 31,000 cars passing daily. “Our preference is highway exposure, and if we can’t have that, we want the busiest street,” Conklin says. 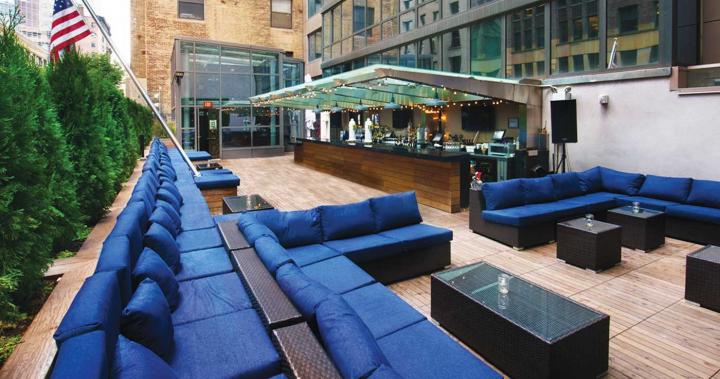 A loyal sports fan base and an emerging food and beverage scene were key to The Ainsworth's real-estate strategy. 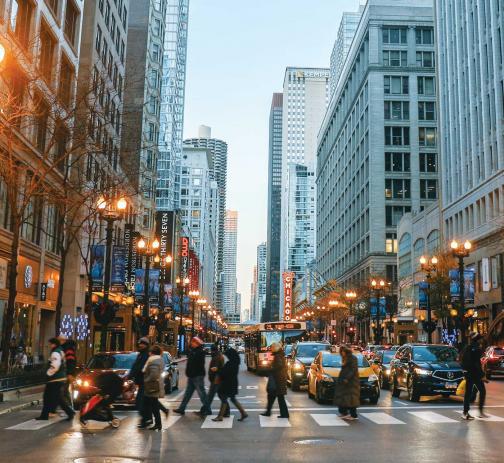 How To Choose Your Next Location

Get boots on the ground

The chain is not averse to small locations, either. For these, it looks for 70,000 people within 20 minutes, 21,000 cars passing daily, and 18,000 employees nearby. “That employee population really drives your lunchtime business—we survive on multiple dayparts.”

Conklin also looks at which big-box retailers, such as Home Depot and Walmart, are nearby because they generate traffic. “We also look at areas that have positive growth—at eating and drinking sales, as well as retail sales,” he says. “This shows the health of the market.”

A change that Golden Corral made in recent years is a move into in-line and end-cap locations. “Freestanding restaurants will always be our bread and butter, but changing market conditions, such as increasing development costs and different demands from consumers, have resulted in us looking at different locations,” Conklin says. In seeking in-line and end-cap locations, the chain tries to secure sites that have great visibility from the street, pylon signage, great access, and plenty of parking.

The importance of site visits

The brand turns to data-mining companies such as eSite Analytics. “They can tell you who lives nearby, who works nearby, and who are the customers,” Schram says. “Therefore, we can understand if our restaurants would fit.”

If a site’s approved, a team visits it to look at a number of factors, but primary among them are traffic, visibility, and a vibrant trade area. It also looks at the demographics. As a sports bar, the company wants to be in an upper-blue-collar or middle-white-collar area.

Schram has learned his lesson about site visits and knows they’re non-negotiable. He once skipped a Texas site visit and didn’t realize the location was only accessible from one side of the freeway. “So, theoretically, while we have access to a huge population, we actually only have access to half of it.” The site was also halfway between two vibrant trade areas and three miles from most houses, which is too far. This location, he says, has struggled since it first opened. 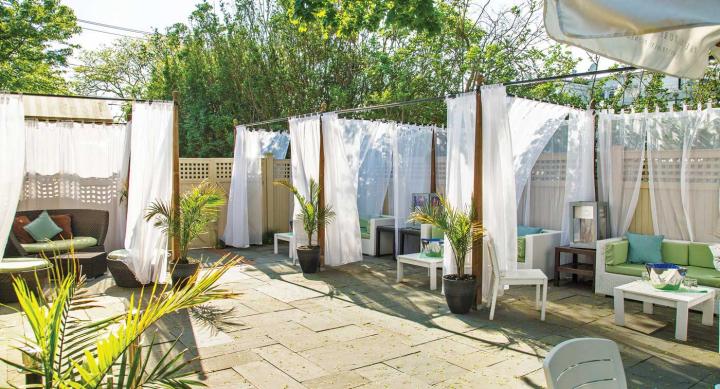 Paige Hospitality Group is making its first forays out of the New York City region and expanding its brand, The Ainsworth, to Kansas City in January, Nashville in April, and Philadelphia this summer.

CEO Matt Shendell says three things were important in the city selection: a loyal sports fan base, an emerging food and beverage scene, and a location with plenty of New York transplants, “because then you have brand recognition,” he says. Once he decided to expand out of the Big Apple, he made a list of all the cities that touched all those points. He then hired brokers who visited those cities, and a team from the restaurant group visited them based on the findings.

For real estate, Paige Hospitality Group looked for nighttime traffic, Sunday football traffic, and corporate happy hour visitors. Shendell says he also looks at whether there are other competing businesses in the area and whether they are doing well. Disposable income is also a good indicator, he says, because the restaurant needs to be near people who are able to afford dining out. Plus, he shoots for locations that have a good mix of residential and commercial business, which brings business at different times.

Howard Cannon is the president of the consulting firm Restaurant Expert Witness in Birmingham, Alabama. He says that when selecting a site, operators need to check one of two boxes: either on a busy street or far from it. And there’s no middle ground between them, he says. The former will have high rent, but also a lot of traffic passing its doors; the latter will have low rent but will require a lot of marketing dollars to advertise its presence. “You have to pick your poison,” Cannon says. 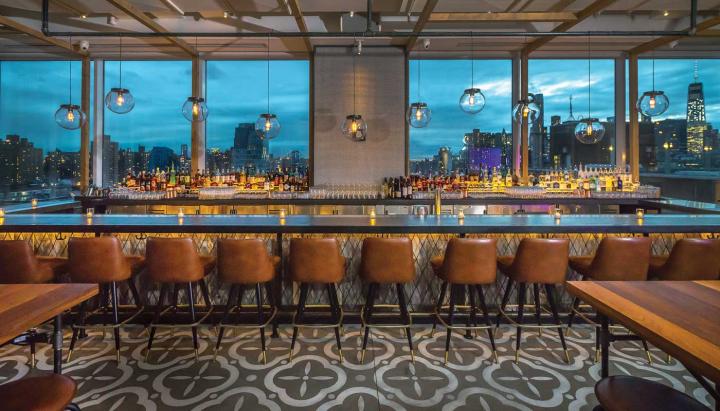 The Chester in New York City.

Dec says he doesn’t really mind what a building’s history is, since the world moves at such a fast pace and circumstances change. “Though in cases where there has been a string of failures, I’d watch out,” he says of leasing an existing building.

Buffalo Wings & Rings opts for a mixture of leased buildings and new builds when opening a new location. “When you build from scratch, there are no surprises,” Schram says, “and when I do a conversion, we often end up changing 80 percent or 90 percent of the restaurant, which doesn’t lead to any savings.”

Some franchisees, he says, view the building as their 401(K) and want to own the real estate, but often these buildings are a liability instead of an asset, “especially if the trade area moves or the branding changes a lot,” Schram says. “So you can end up stuck with a building.”

Paige Hospitality Group’s Shendell prefers to find sites that have held restaurants previously, he says, “so all the heavy lifting has been done for us.” Otherwise, he explains, “there’s a lot more to worry about and it takes about 20 percent longer to open.” It’s also often more expensive, too.

He seeks buildings that are 20–35 percent below market price on the rent per square foot. He also looks at the cost of build-outs he’ll have to do, and at the Tenant Improvement Allowance, which is the amount landlords will spend so the restaurant can build out the space. 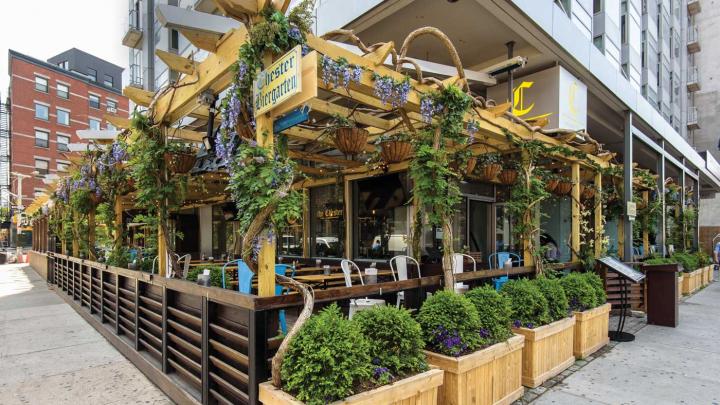 Picking the right site could be the difference between success and failure in this business.

As a former real estate broker, Scott Gerber is pretty savvy when it comes to selecting buildings for the 10 restaurants in the portfolio of his New York City–based The Gerber Group, nine of which are in hotels.

First, if the site has had several failed restaurants in it previously, he’s not interested because there’s a stigma to the location, he says. But there’s an advantage in going into a space that a single restaurant has previously occupied: It typically has a lot of the infrastructure he needs. Most important with the building is the condition it’s in and the ease of making any changes, he says.

The landlord is also of vital importance. It’s important to research that person’s reputation and how easy he is to work with. “Inevitably, something comes up that we haven’t thought of that’s not outlined in the lease,” Gerber says. “So having a good relationship can make that easier.” If a restaurant was previously in the location, ask its operators about working with the landlord.

“Make sure the negotiation is a good deal for both sides and only a little bit painful for either of you,” Gerber adds. “If I’ve made it too painful for the landlord, then when I have to ask for something that’s not in the lease, he’s going to stick it to me.”

Above all, Dec says, one of the most important things to consider in site selection is making sure it fits the brand, and that it’s not about a landlord’s deal or city’s attraction.

“You should never compromise who you are, what your brand identity is, or what your needs are,” he says.