How to Survive Renovations? Open a New Restaurant

When Vanda Asapahu and her family first purchased the building on West 87th Street in Los Angeles where they would open Ayara Thai, it became clear that renovations would one day figure into the restaurant’s future.

That moment arrived this past year, and brought along some problems that couldn’t be fixed by a contractor or a well-drawn blueprint. Namely, what would happen to the eatery’s 50 or so employees during the estimated four months of construction in mid-May?

“Where do we put them while we’re under construction? What will we do? How will they feed their kids and make a livelihood during that period?” Asapahu says.

Also, would they return if they found new jobs during that window? To solve the issue, Asapahu and her team from the 13-year-old restaurant, which includes her 34-year-old brother, Peter, and 24-year-old sister, Cathy, did something a bit different: They opened a new restaurant. 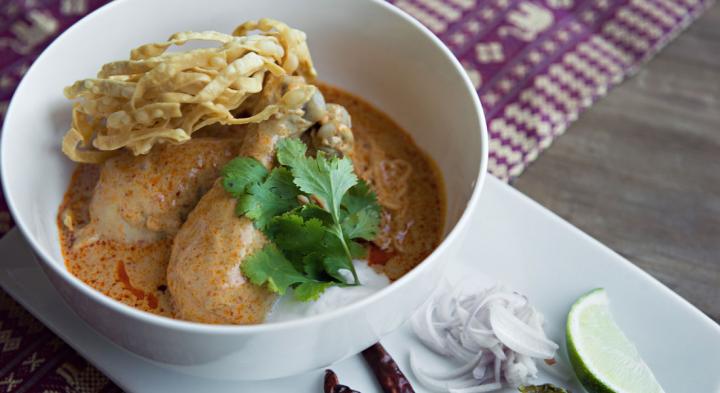 Ayara Lūk has served as a test kitchen of sorts for the staff.

While Ayara Lūk is technically a pop-up, the experience has not mirrored the typical definition. The restaurant is in a brick-and-mortar location they rented and will run until construction is complete. Not only that, they’ve had to operate the spaces simultaneously.

Luckily, the new restaurant is just around the corner from the original one, which means guests who find the shuttered venue won’t have to turn around and go somewhere else entirely—they can just turn around and walk to the new spot.

Planning ahead, however, meant struggling in the interim. Ayara Thai didn’t hire any additional staff for the transition.

“Mainly it’s my sister and I who are leading up the kitchen and making it happen with some members of our team we can spare over there,” says Asapahu, who was born in Thailand and moved to LA when she was 5-years-old.

Although, she admits, there are some positives to having dual concepts, which have been operating together since early January.

“Everyone has really been flexible,” she says. “We understand why we’re doing it. And it’s been nice that we’ve started it a little bit earlier before we actually close. A lot of the hiccups and the prep work and just the madness of opening a new restaurant have kind of been reduced thanks to having both. I can rely on the prep kitchen of one to prep certain things for this restaurant even though the menu is a little bit different. Our technique and the style and the way our system works is very similar. It’s a good transition period.” 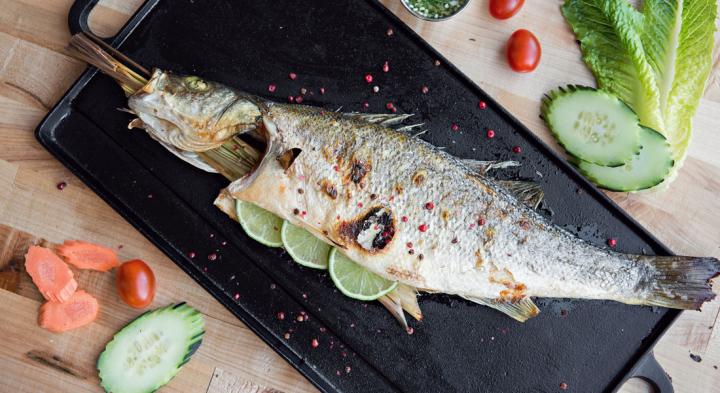 Turning a Swiss German restaurant into a Thai space wasn't easy. But it's paying off.

Asapahu is also using Ayara Lūk as a test kitchen of sorts. It’s just a little over 1,000 square feet, compared to the main location’s 3,000 square feet, and is focused on dinner. The smaller space and pop-up mantra has led to some interesting dishes, which reflect the name. Lūk means “child” in Thai, and the restaurant adopts Asapahu’s parents’ recipes and tosses in some contemporary, personal touches. Inspired by their experiences as first-generation Thai-Americans, the menu, which changes five or six items every 10 days or so, is small and built around environmentally conscious ingredients.

In early March, some examples included Muay Thai Chicken Wings with their house barbecue sauce; Singing Branzino out of the wood oven stuffed with lemongrass, ginger, garlic, lime, and served with their Chili-Lime Sauce; and a special When Tigers Cry Tomahawk, which is a 32-ounce anti0biotic-free Angus Tomahawk steak marinated and grilled medium rare, served with chive buds, garlic confit, and spicy tamarind Tigers Cry Sauce (also made in-house).

“The venue is very small and curated and it allows us test our new recipes. We can be creative and try out new things for this community,” Asapahu says.

The new space itself has been a bit of a journey. It was a Swiss German restaurant before they took over. Asapahu put in a wok and added some equipment, including a counter space into the kitchen to accommodate take-out orders, which account for close to 40 percent of the revenue at the original location. And, given the constraints financially and staff-wise, the move had to be made quickly.

They signed the lease in early December and we’re operating the pop-up a month later. They cleaned up the floors, redid the signs, and carried over some decorations—mostly elephants—and put in an herb garden. The restaurant also wasn’t wired for anything and the patio needed help. Asapahu added some kitchen shelves on the wall to resemble her mother’s kitchen and put some cookbooks, family photos, and kitchen items on display.

“It was definitely on a budget,” she says. “We tried to gather things from all our different boxes and houses and just kind of put it in there.”

Even when the old restaurant is remodeled and life returns to normal, Asapahu expects the experience to linger. If anything, it showed the family what it would truly be like to expand their family restaurant. All three have been involved in some capacity with Ayara Thai since the beginning. Asapahu went to graduate school and lived in Thailand before returning in 2010. Her brother pursued a golf-coaching career, while her sister spent time in New York City working for a Michelin-starred chef.

“I think to open another restaurant it’s the same thing, whether it’s a pop up or another new place,” she says. “You plan for it regardless of whether it’s long term or temporary for its functionality. We work as a team to get food out. However big or small you plan for that.”