With a sustainable, farm-to-fork focus, Chef Barlowe uses the entire animal and also sources everything—from all the beer, wine, and spirits to the Outer Banks sea salt—from within North Carolina.

Housed in a century-old building, Soby&rsquo;s helped lead the rekindling of historic Greenville into a dining destination.

Classic French-American cuisine from Chef Brian Whittington, who was a semifinalist for James Beard Best Chef: South this year. 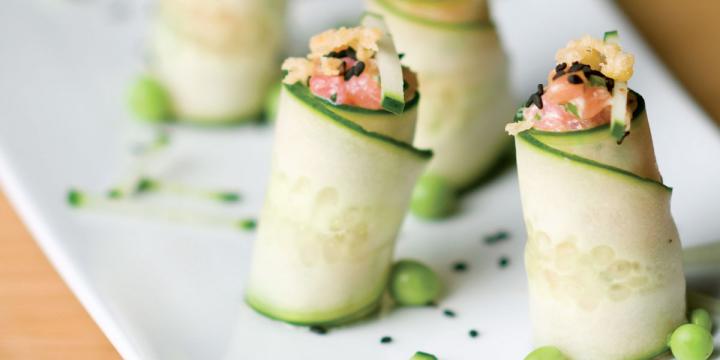 Chef and The Farmer

Located in a historic 100-year-old building that was formerly a mule stable, Chef Vivian Howard has gained celebrity status as a recurring contender for James Beard Best Chef: Southeast, 2011–2014, and starring in the PBS documentary "A Chef's Life."

Guests clamor for a seat at the pizza bar surrounding the handcrafted Acunto pizza oven, where chefs Joshua Hernandez and J. Ward work the magic that earned Ava the first 4-star award given by Tampa Bay Times.

This landmark steakhouse features a dedicated dessert room with some 50 desserts, including the secret recipe Macadamia Nut Ice Cream, plus 1,000 dessert wines and spirits—part of the reason Bern's was a finalist for 2015 James Beard: Outstanding Wine Program.

Southern ingredients with strong French and modern influences characterize the menu, while hospitality, service, and relationships are prioritized. Four employees have been with the restaurant since it opened.

Casual elegance is unexpected for a space that was originally used as a Greyhound Bus Terminal, but The Grey was a 2015 finalist for James Beard: Best Restaurant Design, and Chef Mashama Bailey continues to elevate traditional Southern cuisine.