Co-proprietors and first cousins Ti Adelaide Martin and Lally Brennan run their iconic family restaurant with a spirit of shared respect and trust among themselves and the family members who help lead Commander’s Palace.

The FSR annual Top 100 report salutes restaurants that are legends and landmarks, and—in some instances—measuring success across centuries.

Imagine owning a restaurant that’s older than our Independence Day celebration. Impossible for most of us to grasp, but restaurants that have stood the test of time are lessons in excellence and entertainment. This collection of Top 100 Independents pays tribute to some of the industry’s oldest and most esteemed operations, including more than half of which have operated for 100 years or more. History always comes with its share of skeletons in the pantry, ghosts returning to haunt, and colorful stories—so to some extent there are restaurants among the group that are thriving on their own reputations.

Check out the Top 100 Independent Restaurants from the 1800s.

Check out the Top 100 Independent Restaurants from the 1900s.

The younger “oldies,” those that are 35 to 50 years old, are equally interesting because they’ve managed to succeed across decades without the benefit of historical precedence. Many of these independents have transitioned across multiple generations as well as through shifts in ownership and catastrophic events. Following the profile on Commander’s Palace, our Top 100 is presented from oldest to youngest, including some of the highest-grossing restaurants in the industry and others with modest, but sustained, performance.

See the 2016 story on the Top 100 Independents
Footnote: All sales reflect the annual revenue of the restaurant. The average check is per person and for food only, unless otherwise noted. Estimated figures are indicated as E. 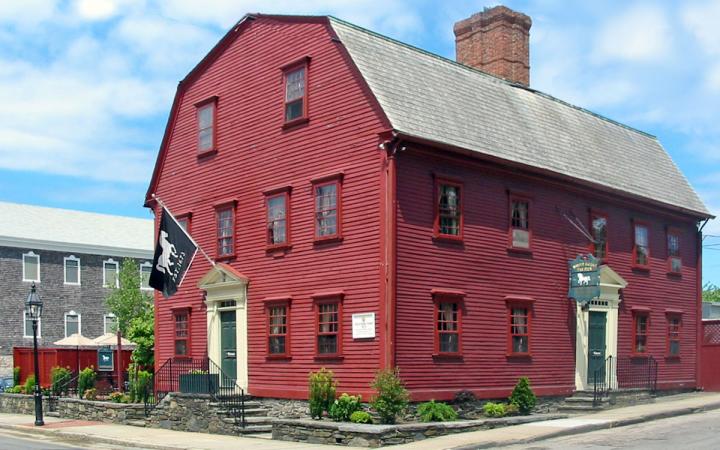 In 1702, notorious pirate William Mayes Jr. returned to Newport with his bounty, succeeding his father as innkeeper of White Horse, where he was granted a license to sell “all sorts of strong drink.” 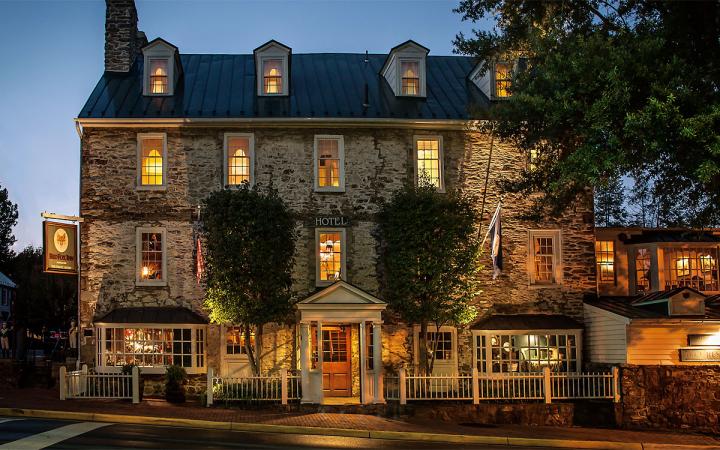 The Red Fox has been owned and operated by three generations of the Reuter family.

Known as the nation’s “horse and hunt capital,” Middleburg, Virginia, has attracted visitors from all over the country for centuries. Even before the town was established in 1787, it was the site of The Red Fox Inn and Tavern, which opened in 1728 under the name Chinn’s Ordinary. Set in a stone building in the heart of Middleburg, The Red Fox has been owned and operated by three generations of the Reuter family. Throughout its history, notable politicians and celebrities have dined here, including John F. Kennedy, Jacqueline Kennedy Onassis, Elizabeth Taylor, Paul Newman, and Tom Cruise.

During the Civil War, The Red Fox was used by the Confederacy, and the pine bar was even used as an operating table for wounded soldiers who were cared for in the tavern rooms.

On a lighter side, the restaurant also displays 19th and 20th century paintings and sculptures thanks to Red Fox Fine Art, an initiative established by owner Turner Reuter in 1979.

A menu staple throughout its history has been the Virginia Peanut Soup, and other dishes include the popular signature crab cakes served with goat cheese grits, spinach, and cauliflower gratin with a lemon caper cream sauce. The beverage list highlights local wines, beer, and cider.

In addition to its main dining room, the restaurant now invites guests into its Hideout, a beer garden.

This restaurant claims to be the one where the toothpick was first used in the U.S. 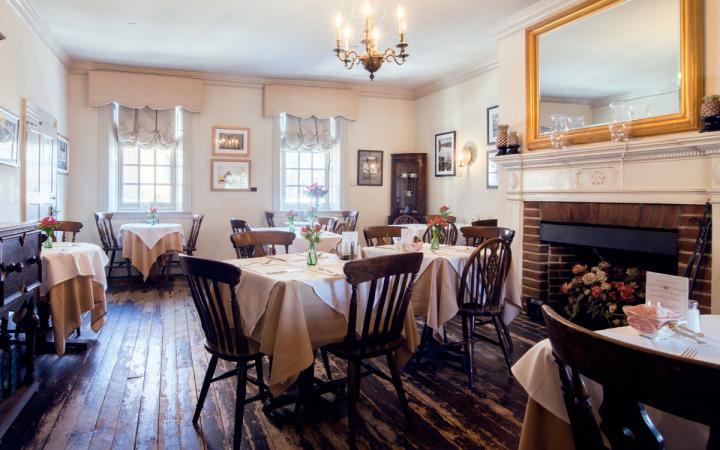 Reynolds Tavern has served many purposes over the decades, from life as a bank and library to the dining icon it is today.

Reynolds Tavern has undergone numerous iterations, including uses as a bank and library. However, in 1984 it resumed its stature as a tavern. In 2000 it changed hands again and has since maintained operations reflective of its 1700s heritage, including a walk-in fireplace and tearooms on the first floor.

Originally opened in 1750 as the Fessenden Tavern, it was named the Dan’l Webster in 1915 because Boston lawyer Daniel Webster had a table reserved at the tavern from 1815 to 1851.

The Herb House, which adjoins the main building, is said to be the oldest building in the state of Georgia. Built by the founder and governor of the colony of Georgia, James Oglethorpe, the small structure is rumored to be haunted.

The Tallmadge Room, an oak-paneled dining hall with Old World furnishings, is a highlight of the tavern, which claims to be the oldest bar/restaurant in New York City and the oldest remaining structure in Manhattan. 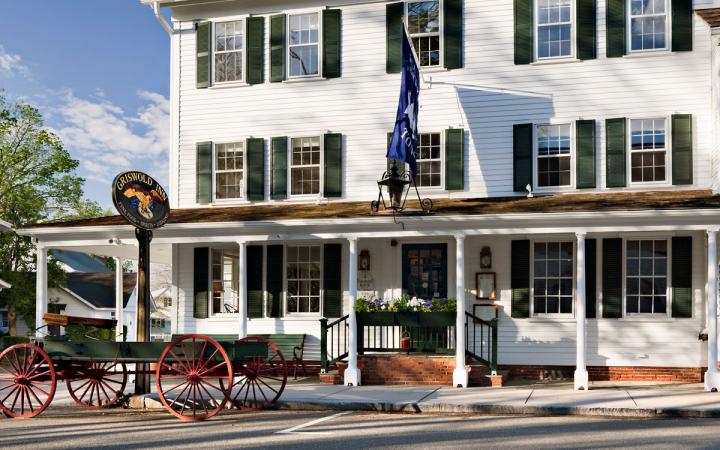 Griswold Inn's Sunday Hunt breakfast has been an Essex tradition since 1814.

The Sunday Hunt breakfast, a long-standing buffet-style tradition that began at The Griswold in 1814 when the British commandeered the Inn during a raid on Essex, still continues today. Many employees have been at Griswold for more than 15 years, and some as long as 40 years.

The Shaker Cranberry Pot Roast has remained a popular menu item for more than 200 years, even during the heat of summer. 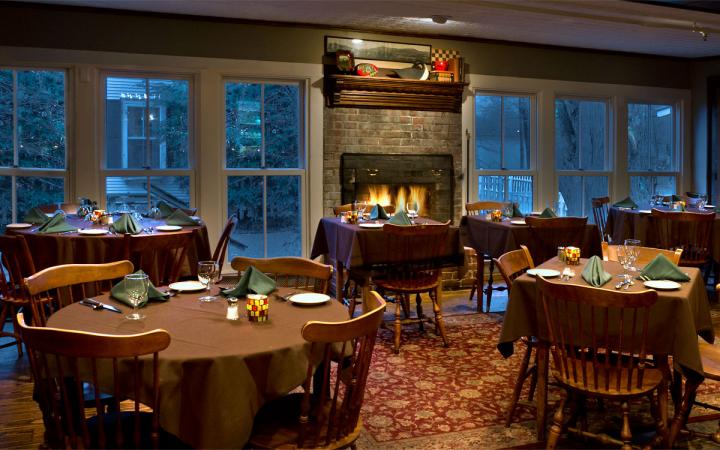 Dorset Inn features a Classic American menu and history that dates back pre-1800.

For the first 100 years, the chef relied on the inn’s backyard chickens, cows, and vegetable garden for provisions. The Dorset Grist Mill, established in 1876, provided grains for baking and granola for patrons.