The breakfast chain will make its debut in Charlotte this June.

The company motto ‘Breakfast, but different’ touches all aspects of the brand from food and service to sustainability.
April 2019 Rachel Taylor

When Snooze, an A.M. Eatery opens in a new market, CEO David Birzon wants the restaurant to become a part of the community’s fabric instead of just another breakfast chain. The biggest endorsement the brand receives, he says, is when guests realize it’s actually part of a bigger brand.

“We hate the word chain,” Birzon says. “We realize that we are a chain, but the best compliment we can ever get is when people are surprised to find out that an individual Snooze is not the only one in existence. When we go into communities we’re not opening a restaurant in the community. We're joining your community.”

Snooze’s connection to customers extends beyond the four walls of its restaurants. The company motto, “Breakfast, but different” touches all aspects of the brand, from food and service to sustainability. “We’re not just opening [restaurants,” Birzon says. “We're joining and giving back to our neighbors. It is just a part of what we do.”

Through the “12 Months of Green” program, Snooze employees are exposed to sustainable in-house practices they can bring into their everyday life. Things like composting and recycling, and alternative modes of transportation, such as riding a bike instead of driving to work. 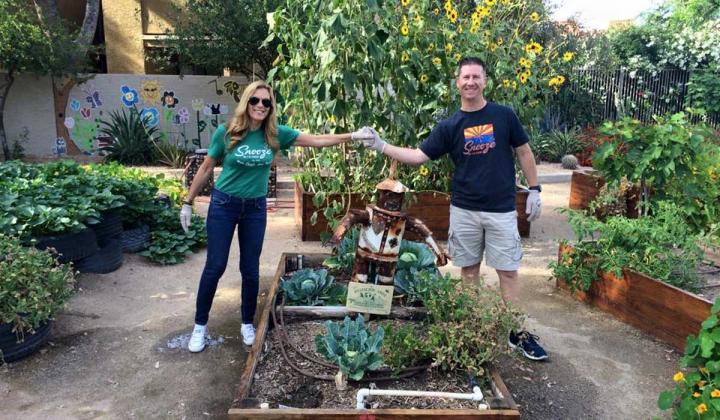 Snooze has found that new employees—especially millennials—want their jobs to have purpose.

Birzon wants employees to take what they’ve learned at the restaurant and bring it into the communities where Snooze opens. It’s one thing to write a check to a charity, he says, it’s another to have a tangible volunteering program where employees can make an actionable difference. The community gardens program, for instance, allows employees to get involved and donate their time instead of just money.

Snooze’s annual pancake day took place a few weeks ago and the company raised $47,000 in a single day for community gardens. On April 11, Snooze employees went out and volunteered.

“The millennials that make up the majority of our workforce, they care about more than just a paycheck,” he says. “It's really important that they're working for something bigger than themselves and being able to volunteer, being able to have a choice in the charity to which we're donating or they're donating not just money, but their time and being involved is pretty important.”

This strategy has led to higher retention rates and higher interest, as well as more applications, Birzon says, when Snooze hits a new market.

“People really do care about these things and they want to belong and believe in something bigger than themselves,” Birzon says. “It's recycling. It's compost. It’s energy and education. It's spreading the word. It's volunteering. So there's all kinds of pieces to it.” 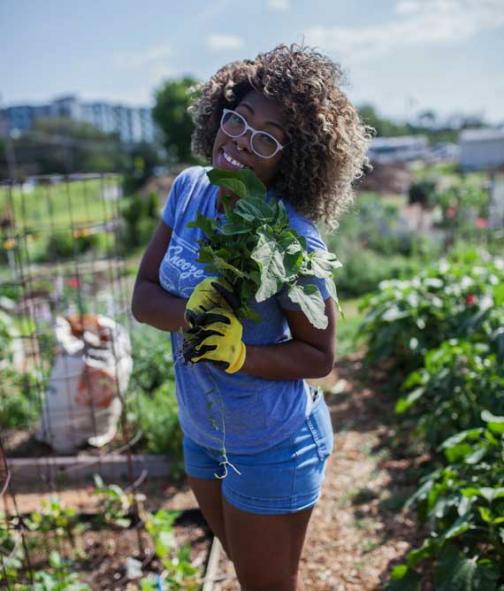 Snooze’s annual pancake day took place a few weeks ago and the company raised $47,000 in a single day for community gardens.

The last part of community outreach—and a celebration of the company’s growth—happens each year on Earth Day. Trees are planted on the Guatemalan farm where Snooze sources its coffee beans. Over the past five years, nearly 5,000 trees have been planted and, this year, Snooze plans on planting 2,100 more.

“We plant one for every employee,” Birzon says. “So that's kind of how we celebrate that externally.”

As the Denver-based breakfast company begins its East Coast takeover—the first Eastern location will open this June in Charlotte, North Carolina—Birzon believes he will be able to continue Snooze’s mission.

Charlotte as a city is a lot like Denver, Birzon says. There is construction, an influx of young people, and new tech being infused into the city, which makes it an attractive market.

“There's kind of an up-and-coming food scene there today,” Birzon says. “It’s ever-developing and new restaurants are opening up all the time. And we thought we could play a pretty big part in that.”

Snooze will open in Kansas City later this year and the company has also inked a deal in Atlanta for a location to open in 2020.

“We happen to be in an industry where not a lot of concepts are growing aggressively right now,” he says. “But this is really the culmination of six years of foundation building so we could get to this run rate of roughly 12 per year. We’re on pace to basically build one a month. This year we’ll finish with 11. We've got 13 deals teed up for next year, and I think that that's really probably the most we will do.”

In the Charlotte market, two additional locations are opening over the next year. Birzon wants Snooze to take over each area it enters.

“When we go into markets our strategy is we need to own those markets,” he says. “In Texas, we had nothing there three years ago and we just opened No. 17. From a competitive standpoint, we want to be the place where people go to breakfast and the first thing they think about it when it comes to breakfast.” 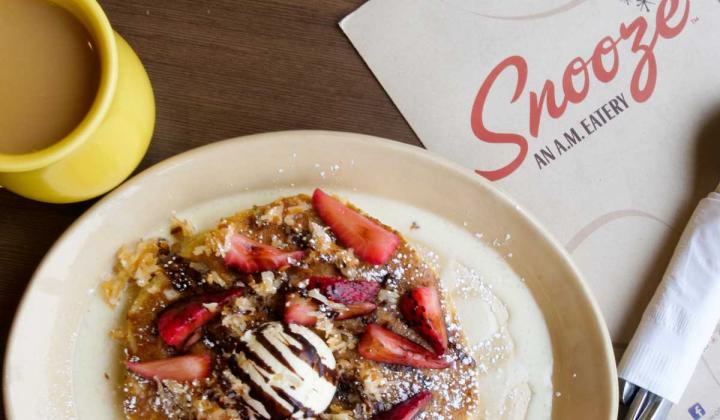 The nature of Snooze’s growth strategy comes from the competitiveness of the breakfast/brunch segment. As more concepts centered around breakfast and brunch open in both the full-service and fast-casual spaces, brands have to do something to differentiate themselves. Birzon thinks Snooze has knocked that target out of the park.

Breakfast and brunch is a booming segment in full service. It’s why you see chains and independents alike adding it to accelerate once-dormant dayparts, especially on the weekends. Snooze was serving this type of food for over a decade.

Innovation is the focus of menu development, Birzon says. As a 13-year-old company, Snooze tries to be the trendsetter in the breakfast/brunch segment.

“I think we really set that standard of food, ambience, and people in this industry,” Birzon says.

From pancakes to eggs benedict, nothing on the menu is simple. Snooze takes the time to prepare dishes with multiple parts that many other brands avoid, Birzon says. Some restaurants leave eggs benedict completely off of the menu to avoid the complicated preparation of hollandaise sauce. “That’s not us,” Birzon says. 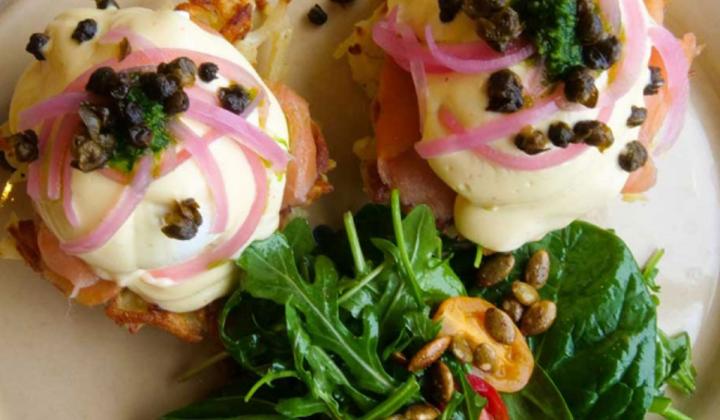 “Eggs Benedict is notoriously difficult for restaurants to execute on,” he adds. “ Poached eggs are really difficult to do. Hollandaise is really fussy. We typically have six or seven different Benedict dishes on our menu. We really believe that complexity and innovation is a competitive vote for us.”

A Mediterranean-inspired Morning Shakshuka and kimchi fried rice round out the international flavor offerings on the new menu. “All of our items are unique and hand-crafted and chef driven. There's nothing chainy around it,” Birzon says.

Snooze’s cocktail options enhance the brunch experience. “We didn't invent the concept of day drinking,” Birzon jokes. “But we've taken it to a whole new level.” From classic brunch offerings of mimosas and bloody marys to craft cocktails—like the Bacon and Eggs, which features Bacon Infused Breckenridge Bourbon—the drink menu is as unique as the food menu.

“Really everything comes down to our ‘Breakfast, But Different’ mantra,” Birzon says. “It really means 100 different things to 100 different people. Whether it's the food, the people, the ambience, or the energy, it’s different. Everything we do, we try to do with a different twist.”