Sol Cocina, one of the more upscale brands in the XRG family, serves fresh fare like Butternut Squash tacos.

Xperience Restaurant Group on Track to Have Best Year Yet

The multi-concept company didn't take long to bounce back from COVID's depths.

For Xperience Restaurant Group, 2021 was the company’s most successful year on record.

Granted, it’s the younger years. XRG was formed in 2018 after Z Capital spent $47 million to acquire Real Mex Restaurants out of bankruptcy.

But the company—comprising casual-dining brands like El Torito, Chevys Fresh Mex, Acapulco, Sol Cocina, and Solita Tacos & Margaritas—saw sales plummet as much as 85 percent in the early days of COVID. Matters improved as the group recaptured pre-pandemic numbers. And by early February 2021, outdoor dining and other options had pushed the system to only single-digit decreases compared to the previous year.

Considering that journey, then yes, a record year this early into existence should be appreciated, says CEO Randy Sharpe. The XRG team had “a lot of faith” that dining and celebrations would return, and when it did, restaurants needed to be ready.

That’s why the company worked as hard as possible to keep managerial staff and remain in touch with hourly employees. Because of brand legacy, XRG didn’t see any sense in paring down menus. Sol and Solita were founded within the past 15 years, but El Torito (1954), Acapulco (1960), and Chevys (1986) have been around for decades. 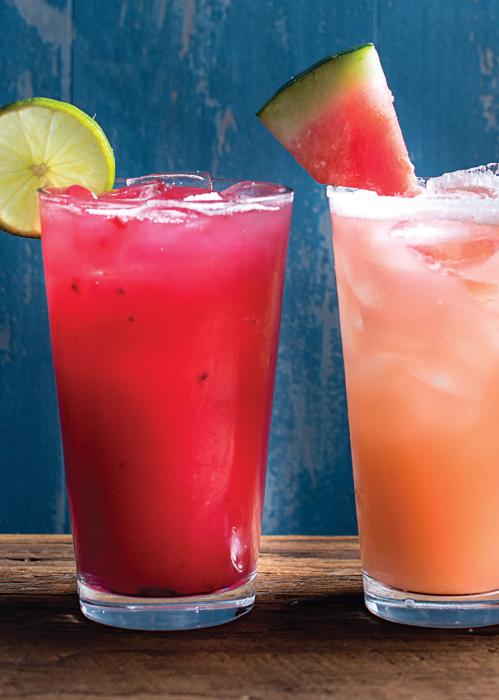 Guests had come to count on these restaurants as places they knew and loved, and Sharpe didn’t believe change was warranted.

“Obviously everyone had to go through what they went through in 2020 and handle it however they felt was the best way to handle it,” he says. For XRG, that meant aggressively taking action to protect its team while staying true to its brand values and mission. “We kept our business model intact and when we opened, we were rewarded by our guests tenfold,” he adds.

Because of those brand pillars, XRG finds itself prepared for growth. Chevys, a typical full-service concept with fajitas, guacamole, and flautas, has 22 locations, with one recent addition in Orlando’s Mall at Millenia. Sharpe says the chain has tremendous growth potential not only on the West Coast, but also all the way through Washington, D.C., Florida, and the rest of the East Coast.

That includes a new flagship restaurant scheduled for the Las Vegas Strip. The deal came to fruition because Chevys had been in the market in the 1980s and 1990s, and almost every day, customers would ask, “Hey, when are you coming back to Vegas?” per Sharpe.

“Chevys at one point was throughout the United States prior to Xperience Restaurant Group owning them,” Sharpe says. “And for whatever reason, typically if brands change hands so many times, you start to see a retraction. But you have all these markets that remember the brand and they want one and they’re very passionate about the brand, and that goes into the homework, too.”

Sol is an upscale brand with scratch-made coastal Mexican cuisine and specialty margaritas. The five-unit chain opened a new unit in February in Irvine, California, and more are in the pipeline, including a location at The Forum Shops at Caesars Palace in Las Vegas.

Solita, which XRG describes as a laidback concept featuring wood-grilled tacos, and a variety of margaritas, is in the middle of the casual-dining spectrum, between Chevys and Sol. The chain had two units at the start of 2022, with Anaheim and Long Beach, California, joining the footprint this year.

El Torito is the largest restaurant in XRG’s portfolio, with 32 stores based in Southern and Northern California. The company signed a lease to open a bar-forward spinoff next to an existing location on the pier at Redondo Beach. The new restaurant will be an adult-type environment and “take some of the really cool things that El Torito has done throughout its 67 years and bring it to life in a more modern, contemporary version and style,” Sharpe says.

“It was a very big chain at one point, but it is known in Southern California,” he adds. “It’s really become the tried-and-true, go-to place for fond memories for families or celebrations.”

Sharpe says XRG aims for second-generation spots because of the quicker timeline and lower costs, but the company isn’t afraid of ground-up stores in prominent markets. In fact, the Chevys in Las Vegas will be first generation.

The closing of roughly 100,000 restaurants throughout the pandemic has opened more real estate opportunities, the CEO says, but he notes that availability is starting to tighten. Finding five great sites on a typical tour has turned into one or two.

Due to rising construction costs and growth of off-premises sales, a number of casual-dining brands have opted for smaller spaces. Other chains, including Hooters, Buffalo Wild Wings, P.F. Chang’s, TGI Fridays, Friendly’s, and Jinya Ramen Bar have even developed full-on fast casuals.

Sharpe understands the reasoning behind those decisions. It just isn’t for XRG’s brands, which are built on experience and celebratory occasions.

“Parties, groups, banquets, and events have [happened] much less over the pandemic. They’re coming back, and we need that space,” Sharpe says. “That’s a big part of our business model. So we’re not interested or looking to shrink our box.”

With XRG completing its homework, Sharpe feels confident about openings in 2022 despite the array of macroeconomic issues hitting the restaurant industry. He knows the company isn’t immune, but restaurants are staffed to an appropriate level, and he attributes that to keeping the same managers who were taking care of guests prior to the pandemic.

In terms of supply chain, Sharpe says XRG has a “very scrappy team” that finds ways around unforeseen problems and works until they’re solved. He adds that the restaurants benefit from having scratch kitchens.

“Making items from scratch typically is a little more labor-intensive, but you also benefit on the quality and the cost. Now you’re benefiting because we’re not out of anything versus if you have to buy a specific item for a specific restaurant,” Sharpe says. “Unfortunately I can’t walk into a Starbucks anymore and find the item that I used to love all the time because it’s made and brought in. We don’t have that problem because we make everything.”

Sharpe has no doubt that all of XRG’s upcoming restaurants will be winners, to the point that 2022 will quickly replace 2021 as the company’s best year.

“We have these brands that we’ve kept whole, kept intact, kept to the core of what they were, so they’re ready,” he says.