Sports & Social DraftKings will open in Troy, Michigan, this fall.

The NextGen Casual will soon debut a new restaurant in partnership with DraftKings, allowing customers to play daily fantasy sports and place bets from their mobile devices.

At its core, Sports & Social’s mission is to “raise the sports bar.”

It’s about providing the next best experience to being at the game. That means a kiss cam during commercial breaks, play-by-play action, TVs that match the size of a movie theater screen, and smoke coming down from the ceiling when there’s a touchdown. The immersive experience is also localized, like the Philadelphia-based location playing the Eagles’ fight song whenever the team scores. If you’re not watching the TV, there’s arcade games available, such as skeeball, beer pong, mini hoops, and shuffle puck. The customer demographics are about 55 percent male. And even though it’s not Sports & Social’s exact target, these sites often attract families, as well.

“When you're in Sports & Social, you're watching a game—specifically the games people care about,” says Judy Moore, senior vice president of marketing and sales for Sports & Social owner Live! Dining & Entertainment Districts. “Home team game, a rivalry game, a playoff game, your team on Sunday football. You're getting the immersive experience.”

The amenities are plentiful, but Moore says the concept has another gear. This fall, the company will introduce Sports & Social DraftKings, a specialized store that will allow customers to play daily fantasy sports and place bets from their mobile devices—while watching all of these games live, of course. The 10,400-square-foot venue will have a 32-foot LED media wall, a DraftKings Lounge for private parties, an outdoor patio, live music, and the typical arcade games found at other Sports & Social sites. The location will be based in Troy, Michigan, which is about 25 miles north of Detroit. It will move into Somerset Collection, a luxury shopping center boasting 180 stores and restaurants.

“Opening something in Somerset is a natural fit because it's such a premier shopping destination,” says Moore, explaining why the concept choose the area for the inaugural partnership. "The draw for traffic is huge there and it just seemed like a good fit with the location. Our restaurant is replacing a former restaurant, and it was just the right square footage. That plus the market made it seem like the right fit, made it seem like a great idea. We want Sports & Social to be a destination for fans across metro Detroit, and they need it.”

The NexGen Casual is looking to capitalize on a regulated U.S. sports betting market that earned a record $4.33 billion in 2021, according to the American Gaming Association, or a 179.7 percent increase year-over-year. By December 2021, legal sports betting was present in 30 states and Washington, D.C., an increase from 19 at the start of the year. 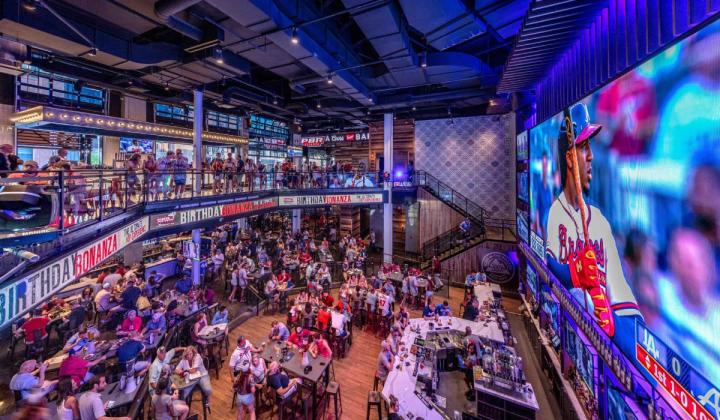 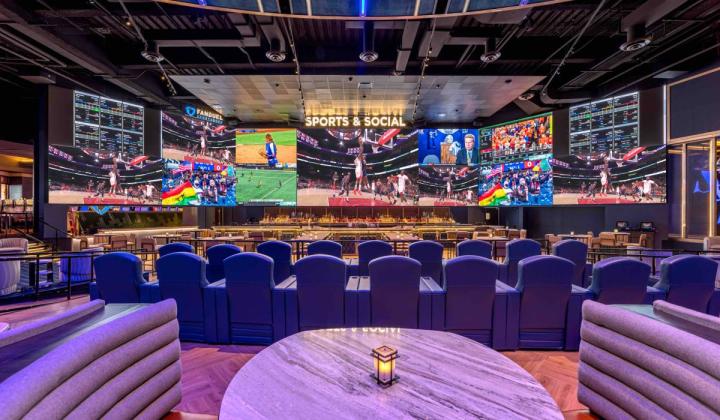 Seating at the restaurant in Maryland. 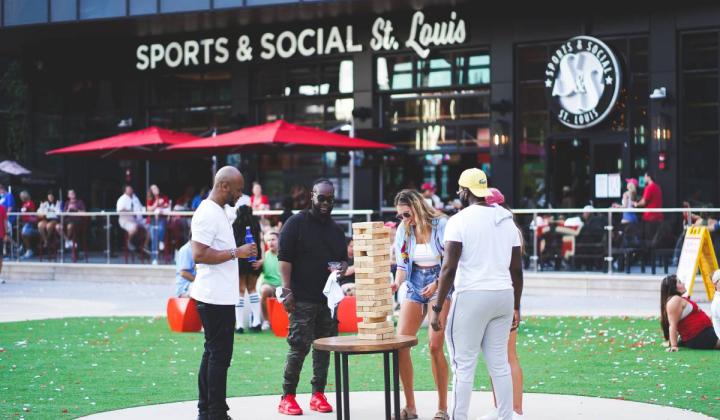 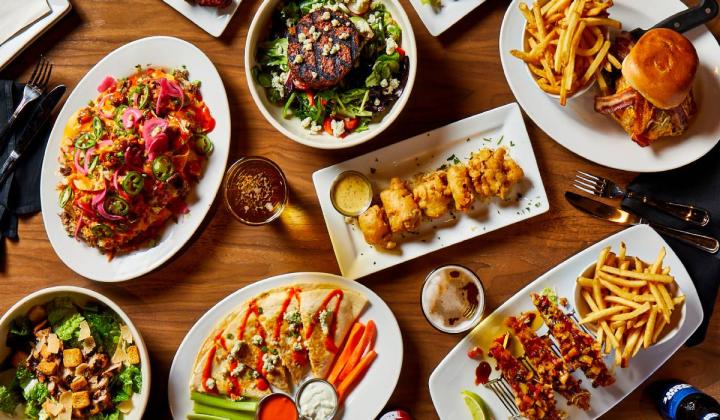 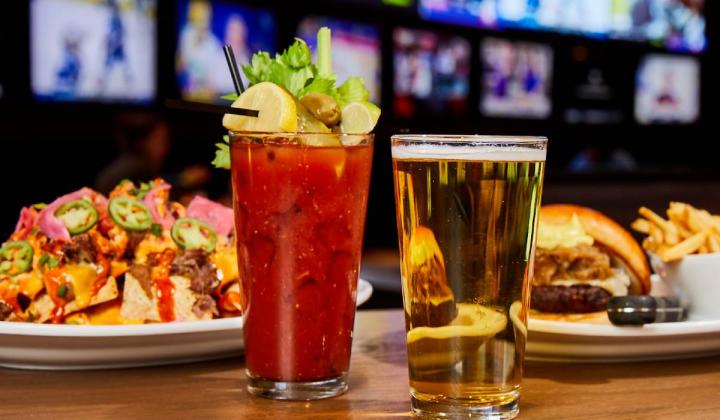 Sports & Social DraftKings will feature décor that integrates both brands. Logos and colors will be merged, including DraftKings’ recognizable green and orange scheme. The menu will be similar in terms of signature dishes, but local Michigan flair will be added. There will also be food and beverage items specific to the online betting concept.

“The goal with DraftKings is really to just forge a strategic partnership,” Moore says. “We've seen that there’s a new standard for sports entertainment and sports betting that’s coming together. We have a few casino locations, and we really see how the two things can work together and so we thought a partnership with DraftKings would allow us to really create the most iconic entertainment and dining destination as far as sports bars go.”

Sports & Social has 14 locations open or in development in Pennsylvania, Texas, Georgia, Maryland, North Carolina, Illinois, Florida, Kentucky, Missouri, and Michigan. Some are part of entertainment districts near major sports venues. For instance, the unit in Arlington, Texas, is at the foot of AT&T Stadium, the home of the Dallas Cowboys, and nearby Globe Life Field, which houses the Texas Rangers. The one in St. Louis is close to Busch Stadium, where the St. Louis Cardinals play. The chain opened its first standalone outlet in Bethesda, Maryland in September 2021, and another has since opened in Allentown, Pennsylvania.

For Sports & Social, the DraftKings venture may be new, but it’s not a first go-around with sports betting. Casino-based locations feature a FanDuel sportsbook.

“It's definitely given us some insight into how well the sports betting dining and entertainment piece can work really well together, but this [DraftKings partnership] is the first true brand meld of its kind,” Moore says.

The marketing executive couldn’t share specifics, but did say there will be more DraftKings partnerships in the future. Those particular units are restricted to wherever legal sports betting is allowed, but for other freestanding locations, Sports & Social opts for places with a passionate fan base and an area in which it can either elevate the offering or bring something completely new, Moore says.

“I really think this concept is the best of both worlds, combining high-energy first-class entertainment that Sports & Social brings, with the thrill of a live sports betting concept with DraftKings," Moore says. "That elevates our entire concept and gives our guests an unmatched experience. If you’re a sports fan, it takes it over the top for you. And I'm a big sports fan, and I hope that others will feel the same way when they enter it, from the look and feel to the menu to the drinks we provide and now the in-venue betting experience through DraftKings.”