The first Huckleberry's outside of California opened in Reno, Nevada, in January.

The chain wants to open about 60 restaurants in the next three years, meaning it would nearly quadruple in size.

Restaurants typically have three main pillars that make up the foundation of who they are, says Greg Graber, CEO of Heritage Restaurant Brands, the parent of Huckleberry’s Breakfast & Lunch.

It’s about the cuisine they’re known for, the atmosphere, and the customer service. For 22-unit Huckleberry’s, the first box is checked with its classic Southern fare, like fried green tomatoes, Mardi Gras beignets, mason jars filled with iced tea or lemonade, po’ boy sandwiches, and omelets like “The Riverboat,” comprising sausage, onion, bell pepper, tomato, and Monterey jack and cheddar cheese topped with Cajun chill.

The remaining two pillars are similar in nature: A dining room transporting guests into a Mississippi River bayou and a type of charm from employees that could only be described as Southern hospitality.

All of this is accomplished on the West Coast, more than 2,000 miles away from Louisiana—it’s "Southern cooking with a California twist."

“We think it's a great differentiator between some of the breakfast and lunch competitors out there,” Graber says. “[The tagline] fits in beautifully with the decor, the restaurant. And so it adds to the whole package, and it allows us to put together some unique dishes that you don't find on regular breakfast and lunch menus out there.”

Heritage, which also oversees steakhouse concept Cool Hand Luke’s and Perko’s Cafe and Grill, purchased Huckleberry’s in 2016 when the restaurant had seven restaurants throughout The Golden State. Instead of jumping into expansion mode, the restaurant company spent 18–24 months investing in the brand and streamlining key systems and processes.

The exploration included an analysis of the menu, which Graber and his team thought was “very good” at the time, but too broad. Heritage approached the food and beverage program by recognizing “we can't be excellent at all things, but we can be excellent at a few things.” Soon after, the menu was cut from 74 items to 54, allowing Huckleberry’s to focus more on quality and purchasing predictability for franchisees.

Heritage also worked on brand positioning to define “who we are and where we want to be when we grow up.”

“It gives us a compass instead of a map,” Graber says. “And so not only Heritage, but our franchisees, we’re singing off the same sheet of music. It allows us to all know where we're going directionally.”

As the company started implementing those changes, franchisees expressed approval and a desire to grow. Huckleberry’s opened about five restaurants in 2021, and it plans to double that total this year with 10–12 debuts. Afterward, the brand will eye 15–20 openings in 2023 and 20–30 restaurants in the next year. In total, that would be at the most, 60 restaurant openings in the next year, which would nearly quadruple the current footprint.

The breakfast concept began 2022 with an opening in Reno, Nevada, marking its first restaurant outside of California. The franchisee is Raman Dhillon, who owns five other Huckleberry’s stores. The franchise deal also calls for future California sites in Gridley and Stockton.

“We are happy to go out there,” Graber says. “Southern cooking, great food, and great hospitality work anywhere. West Coast, Midwest, Southeast—it really doesn't matter. And so, we're pretty pleased with the positioning we have and are ready to go take it out there.” 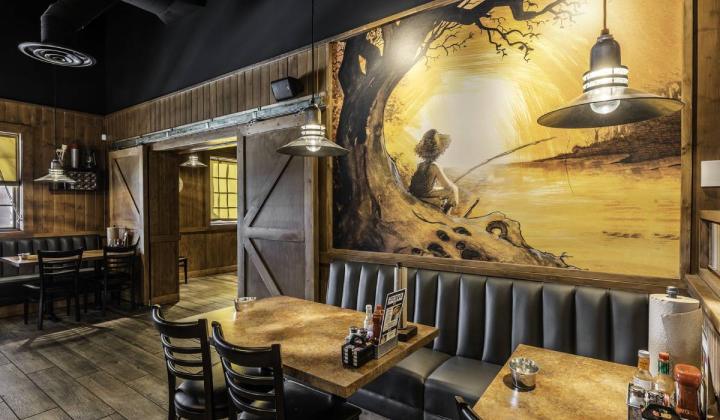 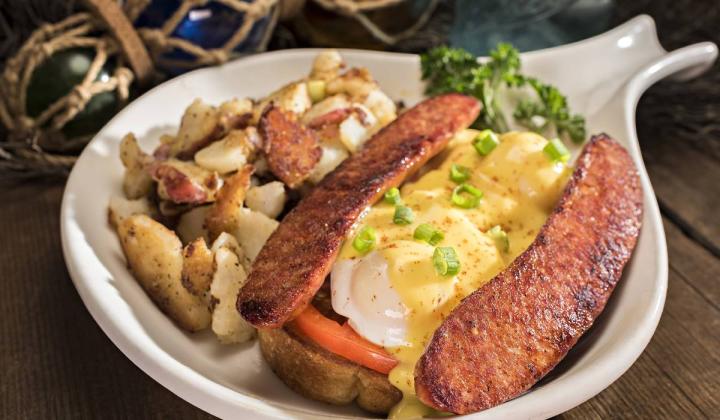 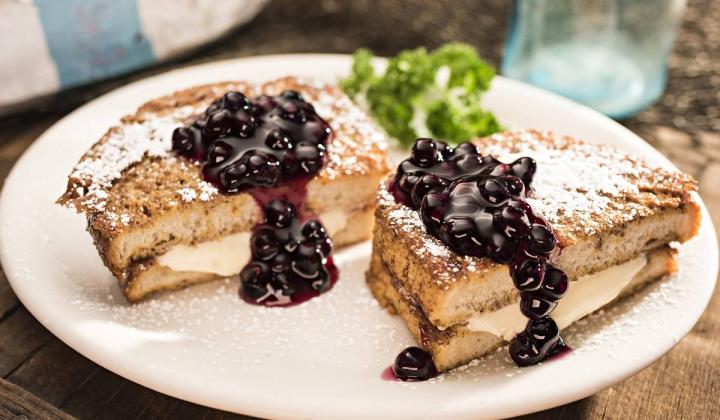 Dine-in visits at breakfast increased 51 percent in September through November.

Huckleberry’s will expand further in California and move into the Midwest and potentially even the Southeast in the next few years. Another location is opening in Austin, Texas, later in 2022. The restaurant typically searches for areas with retail and large daytime populations. Boxes range from 3,500-4,000 square feet and could fit into freestanding spaces, endcaps, inline, and second-generation outlets.

Graber and his team will open the first company-run Huckleberry’s in Escondido, California this year, as well. The 5,000-square-foot restaurant will include the chain’s first-ever kitchen display system, which will be tested, tweaked, and eventually rolled out to the franchise system.

“Well we don't want our franchisees to have all the fun,” Graber says. “We want to get in on the action as well and we think it is a great way to introduce Huckleberry’s to a brand-new market by going out there and doing it ourselves. I don't think there's any doubt that when you do it yourself, you will have some learnings, although we're in such great contact with our franchisees. They tell us what works and what doesn't work, and so ultimately, we just like the model so much that we want to go out and do it ourselves.”

“I think it's telling our franchisees that we’re right there with them even though we've been with them the whole time,” he adds. “And I think it's a great way to introduce us to new markets. And I wouldn't be surprised if we went to other new markets with company-owned restaurants as well to sort of break the ice for the consumer.”

In terms of how shifting consumer preferences have affected operations, Graber says Huckleberry’s decided early into COVID that it wouldn’t change anything that it wasn’t willing to live with post-pandemic.

The mindset has kept the brand intact, with certain “turns of the dial” like paying more attention to takeout and delivery spaces. Off-premises ranges anywhere from 10-20 percent among Huckleberry’s footprint, and Graber expects those channels to remain a significant part of business. But long-term, he doesn’t believe the mix will rise any higher, because at its core, Huckleberry’s is about the “totality of experiences” in the dining room.

Consumer trends agree with the CEO’s sentiment. Dine-in visits at breakfast increased 51 percent in September through November, compared to 2020, when on-premises traffic was down 55 percent, according to the NPD Group.

“Breakfast is very experiential,” Graber says. “It's an opt-in daypart, which is why we like our niche because we're unique and you can sort of escape your everyday life by going inside there.”

Graber says Huckleberry’s isn’t immune to macroeconomic challenges hitting the restaurant industry, and the chain is responding by planning ahead and keeping an open line of communication with vendors and franchisees.

The key is to not overreact or do anything to hurt the brand’s name, the CEO notes, because COVID and “crazy” inflation won’t be permanent. If that means slowing down a bit, that’s OK for Graber.

“I’ve found that by focusing on the here and now, each guest at a time, each place at the time, the rest takes care of itself,” Graber says. “We don't want to get too far ahead of ourselves and watch the future so much that we forget about today. And yet we know there's planning that needs to occur for the future, so growth is exciting, but growing sales within our own restaurants is maybe even more exciting because that means that we're having success in existing restaurants. The unit growth will take care of itself if we do that.”