After the initial COVID shutdowns in the spring of 2020, Hash Kitchen experienced an increase in sales, and has never looked back.

The five-unit concept received a majority investment from Savory Fund, which plans to open about 20 restaurants in the next two years.

Chef Joey Maggiore’s boozy brunch concept Hash Kitchen has received much attention in the past couple of years, but none that’s piqued his interest.

Open since 2015, the brand now sits at five restaurants throughout Arizona. For Maggiore, this was “a baby that I created,” along with his wife Cristina and partner Flora Tersigni. A buyout and 5 percent minority stake wasn’t going to cut it.

Then came along $200 million Savory Fund, a restaurant growth vehicle built with 60 food and beverage veterans and responsible for igniting expansion efforts for several brands in recent years, including Mo’Bettahs, The Crack Shack, Via 313 Pizza, Swig, Pincho Burgers + Kebabs, and R&R BBQ.

Andrew Smith, managing partner of the fund, says the group was focused on the a.m. eatery category and looked at more than 100 brands in the past year and a half. But none seemed to stand on their own or punch above their weight class. That is, until Hash Kitchen jumped onto Savory’s radar.

A friend informed Smith and others that Hash Kitchen was “unlike anything you’ve seen.” The investment team decided to fly down to Scottsdale, Arizona, and experience it for themselves.

“The sights, the sounds, the smells, the experience overall, how you felt, the food quality, all of those items when you walk out, it was memorable. It just didn't feel like a breakfast diner,” Smith says. “It's experiential, extremely Instagrammable, extremely cult-following oriented, where people just love it down there. And then when we look at the store-level economics, I mean they're well above anything we've seen in the industry. I mean, well above.”

What Smith saw was a restaurant with “one of the largest Bloody Mary bars known to man,” including more than 50 toppings. There’s also a DJ stand beside the hostesses, and "social media worthy" artwork along the walls, showcasing phrases like “brunch goals,” “the brunch life,” and “bloodies are for breakfast, breakfast is for bloodies.”

Savory was interested, and so was Maggiore, who in kind visited the fund’s corporate office in Utah. He, too, was blown away. “When you speak restaurant with people, either you get it or you don't, and it's one of those things that's hard to explain. But [Savory] gets the business,” he says.

For the multi-million-dollar investment fund, the partnership was about finding a restaurant that provides an “additional cool kid factor." The growth company took majority ownership to handle day-to-day operations and growth strategies, while Maggiore remains an integral part of creation and menu development.

The plan is to open five to six new restaurants in 2022, depending on logistics with construction, city inspections and permitting, and overall inflation. In 2023, Savory hopes to debut 15 more.

“It's such a white space,” he continues. “I look at even Utah and Nevada and Arizona. Arizona’s got a lot of them, but [Hash Kitchen] is the leader in Arizona, as well. But then you look in states, even like in Texas, and there's just not enough to serve the amount of population that's in those communities.” 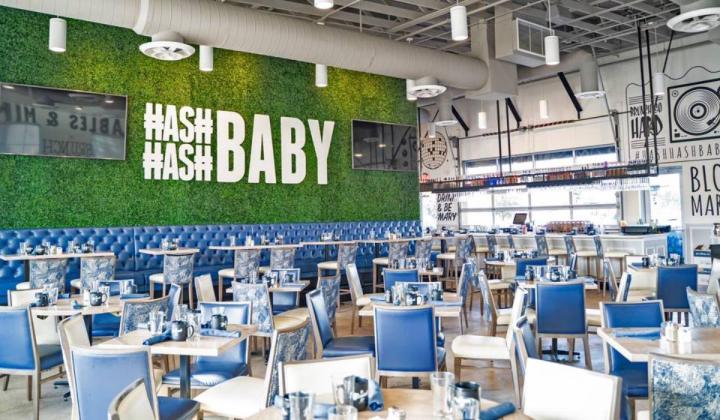 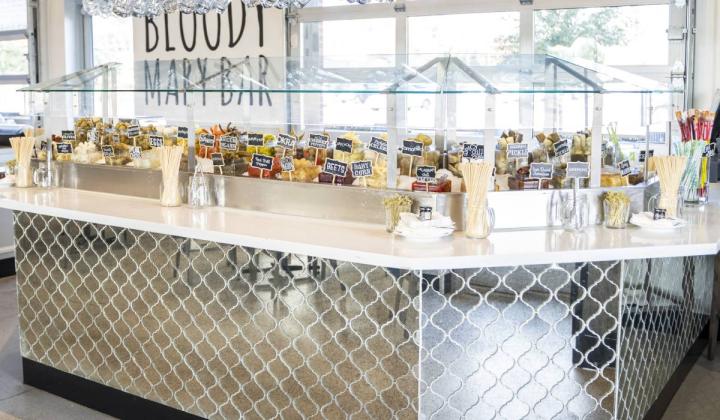 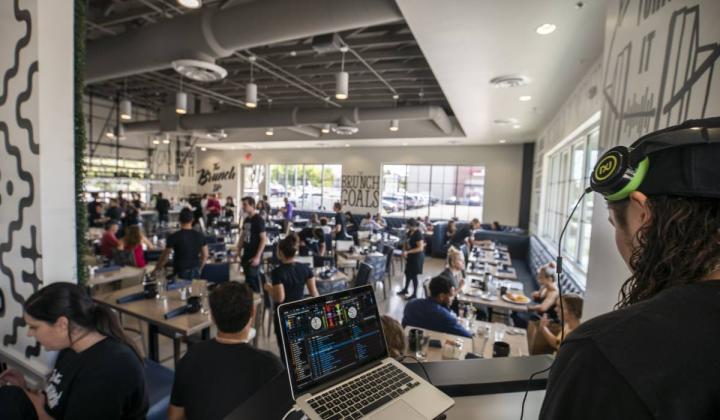 Although the restaurant’s menu appears complex, Maggiore says, “If you’re able to sling eggs at any restaurant, you can come sling with us.”

“I build the menus where it’s creative as possible, but yet easy enough to produce,” he says. “We can teach anyone the line. Within four or five days, you should be able to do the whole line. I can't teach speed, and I can't teach skills that you should already have coming into us. But as long as you have cutting skills and you know how to work in a fast place—because this place is 1,500 to 2,000 people a day.—as long as you're used to those ticket volumes, we can teach you.”

Breakfast concepts were hit hard early into the pandemic as customers remained home and fell out of their morning routine, but that wasn’t the case with Hash Kitchen. When COVID arrived and Arizona implemented stay-at-home orders, Maggiore decided to close the restaurants since off-premises didn’t seem worth the effort. Once stores reopened, they saw a 15 percent increase, and the growth never stopped.

Hash Kitchen owes much of that success to rising alcohol sales during the pandemic. The channel mixes as much as 40 percent on weekends, which is about a 10 to 15 percent increase compared to pre-COVID.

“You've been stuck at home, and you're dealing with COVID and blah, blah blah,” Maggiore says. "Come here, hang out, and party with us. We're going to have fun and forget all that drama at the door with a safe space, clean and organized. People were tired of being home. If they're going to go out, they didn't want to just sit at a small little breakfast place where it's not that exciting. They want to come to places like a club. All the clubs were closed, bars were closed, so we were looked at as a party place.” 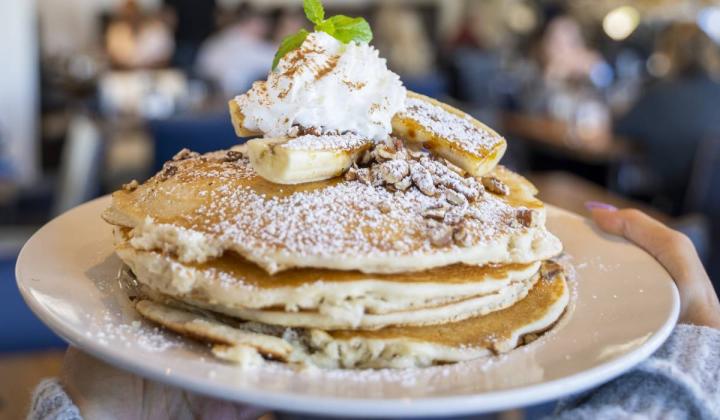 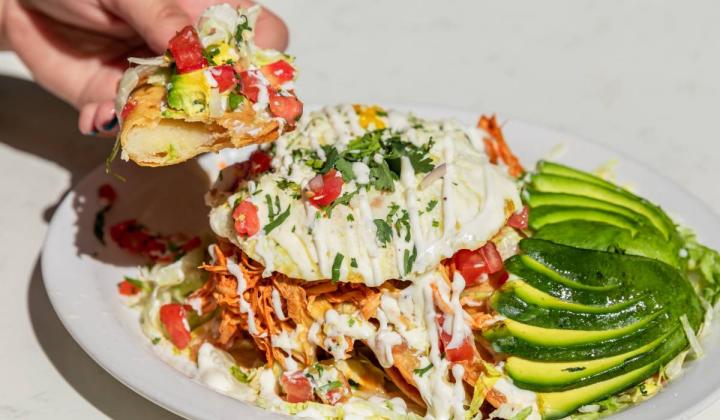 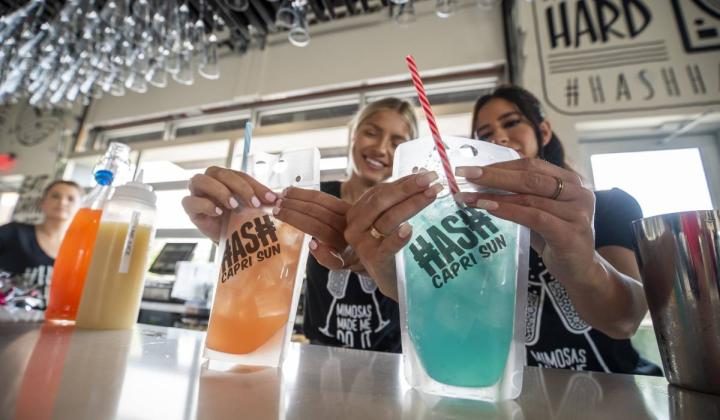 Savory is preparing Hash Kitchen for expansion by forming a growth-experienced leadership team and a bench full of managers so that when it opens stores, there’s a list of individuals who’ve worked at the brand for at least six to eight months. The next step is ensuring Hash Kitchen is leveraging technology that’s expansive and can travel 500 to 1,000 miles away.

After those are established, Savory will dive into the replicability of the brand, with the construction team consulting with designers and engineers to establish “What is Hash Kitchen” and “What are the coveted items within the brand that need to stay and are the authentic pieces of Hash.” The investment fund will aim to do it in a way that doesn’t harm cash-on-cash returns of 50 percent or more per year. When the teams, systems, and prototype are in place, Savory will start building, add tweaks, and then launch into hyper-growth the following year.

Smith says growth will likely come from ground-up builds as opposed to second-generation locations, which have been “gobbled up” and are now comparable to “finding a needle in a haystack in the market right now.”

The industry veteran also challenges the idea of full-service restaurants fitting into smaller spaces, noting that breakfast, brunch, and experiential concepts lose their strengths when the environment is condensed. With that in mind, Hash Kitchen will remain at more than 4,000 square feet with future locations.

Savory’s operational control of Hash Kitchen will free up Maggiore to focus on the opening of his first Mexican restaurant, The Mexicano. The 6,000-square-foot rbrand, which the chef describes as the “Mexican Hash Kitchen,” seats 500 and features a build-your-own Michelada bar. Maggiore also plans on expanding Italian brands Sicilian Butcher and Sicilian Baker.

The chef is asked often whether he was emotional about giving up Hash Kitchen, but he emphasizes that he couldn’t be more happy about the move and where the brand is headed.

“To be able to hand it over to a group that's so talented and understands the business, but also see your baby turn into a brand that's really out there and going national, I mean, that's any chef’s dream,” Maggiore says.