Agave & Rye Creator Has Another Eclectic Concept in the Works

Yavonne Sarber’s foray into food began with a small coffee shop in Linworth, Ohio, across a strip center from where the first Cameron Mitchell Restaurant was built. Latte 161 was, in many ways, a “mini Starbucks,” Sarber says. But it was also a passion project that exposed just how much Sarber still had to learn. Along with her husband, Wade, Sarber walked the floor every day, trying to grapple logistics, prime costs, structures, and systems without any serious working capital. “That was the mindset we had then,” she says. “I loved it, but it just wasn’t financially rewarding.”

In February 2018, Sarber debuted Agave & Rye in Covington, Kentucky. The eclectic tequila and bourbon hall was a fast hit and would ultimately spawn 15 outlets under now-parent company EPIC Brands.

These days, in addition to scaling Agave & Rye, EPIC Brands has begun to stamp itself as a concept creator. And the experience of Latte 161 has lingered for Sarber, as has a coffee, espresso, and artisanal drink venue she opened adjacent to the first Agave & Rye roughly four months in. That store, housed in a former cake shop, offered chocolates and French desserts but struggled with parking. It simply wasn’t the destination Agave & Rye was. “When it comes to coffee, people want to get in and out,” she says.

These lessons and the inspiration at the heart of them, are coming together in EPIC Brands’ latest concept, Paris Misfits, which will join Agave & Rye and Son of a Butcher Steakhouse in the NextGen Casual’s expanding arsenal.

Like everything Sarber does, Paris Misfits will be as cookie cutter as a fingerprint. It’s going to look like a Parisian cafe with a chef-inspired menu featuring European pastry and tarts, hand-painted chocolate, French macarons, and gelato. But there will also be a raw oyster bar alongside fresh baked French breads, crêpes, wine, and cocktails. Additionally, a “patisserie” will boast an array of imported French goods complemented by a fresh flower stand within the restaurant that customers can buy on-site or order through delivery platforms. Naturally, it will serve coffee and teas as well.

Sarber, whose maiden name is Fabbre, has always had a passion for French cuisine and culture, she says. Translating those culinary techniques to tacos was one of the sparks for Agave & Rye. Paris Misfits will embrace it wholly.

The location, in a bustling lifestyle mall near Agave & Rye’s Huntsville location, will seat about 30 people inside and roughly double on the patio. 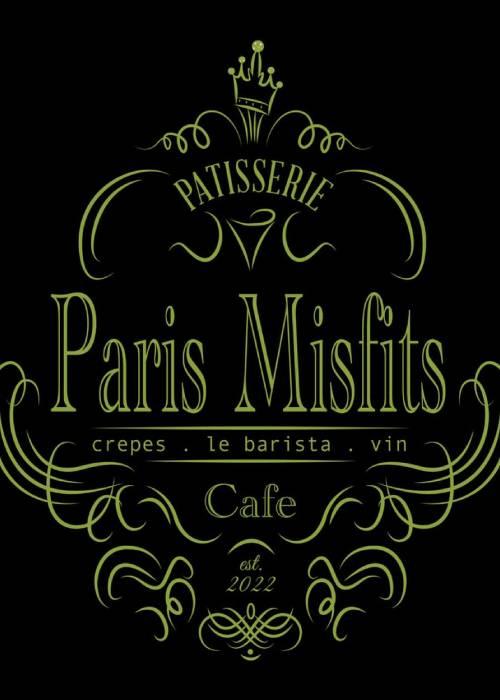 Paris Misfits’ service model will be new to EPIC Brands, too. Mr Yum offers a QR code setup where guests can either come in and seat at a table, where they scan to their phone and order (it’s then delivered), or they can walk up to the cases and aim their phone at whatever they want and pay for it via mobile.

Sarber says she's had hesitations about taking the system into service-centric Agave & Rye. “But it is going to give us a really good opportunity to see how it works,” she says, “and if any variation of it would work at Agave & Rye.”

What it will accomplish here, though, Sarber adds, is to free up employees to provide service and focus on hospitality—an important note given the novel setup of Paris Misfits and some of its offerings. Customers can focus on convenience or they can get a guided tour. “Our brand loves to do things a little bit different where we like to be true and respect the food. We like to flip things up on their head a little bit,” she says. “Although we want you to be able to expect some other things coming at you and not be offended that it’s not authentic—as far as what you would expect to walk into in Paris itself—we’re also going to surprise people.”

Similar to S.O.B, which opened March in Ohio’s Liberty Township, and not all that different than Agave & Rye, Sarber isn’t bringing Paris Misfits to market with the promise to grow it. “When we set up S.O.B, the first intention was to set it up and really knock it out of the park. It took us a couple of months to get things, the vision, correct, but now it’s doing phenomenal,” Sarber says. “And we did do that with the intention of this is how we have to do it and set it up if we do want to scale it. Same thing with Paris Misfits. We’re going to put procedures and what not in place so if we can scale, we’ll be ready to scale.”

S.O.B. is slated to expand with a unit in 2023. Agave & Rye expects about four new locations this coming year.

Either way, it’s highly unlikely this will be the last creation for Sarber and EPIC Brands. She says they’ll keep looking at how to add value to communities and to also diversify the company. For instance, Agave & Rye is packed from spring until patios board up, when nearly half of the seating goes away. S.O.B. flips, with holiday and party season giving the high-ticket steakhouse a boost through colder months.

For Paris Misfits, Sarber recalls pre-pandemic operations when third-party delivery service was a balancing act of fees and relevancy that often weighed toward the former. Now, fees have come down a bit in some spots and operators have become smarter about how to gather costs back so they’re making more money through the channel. Paris Misfits will fit the bill well. Beyond the typical, it will give corporate guests and special occasion customers, such as Valentine’s Day, an avenue to tap something unique. “People can just log in, get some French desserts, get some fresh flowers, chocolates, and what not,” she says, “and have it delivered within an hour. I think it’s going to do pretty well on that side of it as well.”