The breakfast chain has yet to permanently close a store in more than two decades.

To kick off 2022, Turning Point Restaurants is doing exactly what its name suggests—reaching a crucial juncture in its history.

The breakfast, brunch, and lunch concept was founded by Kirk Ruoff in 1998 after he purchased a 12-table restaurant in Little Silver, New Jersey, where he took orders, washed dishes, and cooked food. The chain has grown to 21 units across New Jersey, Pennsylvania, and Delaware.

“I basically told them there's no mandate to grow this,” Ruoff says. “We want to find great franchisees, great partners, people that know the restaurant business and know hospitality. And we’ll be really patient and be selective and pick our partners that have great backgrounds.”

Ruoff lays out three key reasons as to why Turning Point is ready for franchising. For one, the concept has proven its longevity—including survival of the Great Recession and a global pandemic—and the CEO believes the brand is now capable of teaching its systems and policies and procedures.

Also, since early 2019, the chain has been backed by NewSpring Capital, which started a franchise-based fund. The private equity firm owns Duck Donuts, a 100-unit franchisor that wants to eclipse 300 stores within the next four to five years.

Thirdly, given that Turning Point operates 7:30 a.m. to 3 p.m., Ruoff and his team felt a breakfast and lunch restaurant could provide a work-life balance to restaurateurs working an extraordinary number of hours per week.

“I mean it's something that a lot of people take for granted—what restaurant people give up working until 12 o'clock every night or are doing doubles in a restaurant,” Ruoff says. “It's just a grind. It hurts. And you miss watching your kids play basketball for the school team after school and you miss so much because you're constantly working.”

The franchise offer was announced in late January, but the chain has already received more than 10 applications. In fact, Turning Point is negotiating its first franchise agreement with a former manager of Capital Grille who was working 80 hours per week, struggling to find staff, and begging servers and cooks to work double shifts.

“He just said enough is enough and he hooked up with a financial partner and they're pulling together the money and creating a company and they're going to be our first franchisees,” Ruoff says. “So we're seeing a lot of that.”

It helped that Turning Point didn’t undergo many changes to fit into a repeatable, franchised model, other than putting together a Discovery Day agenda and a four-week training period. Operations, menu execution, SKU count, steps of service, and managerial roles didn’t require much streamlining.

The same is true for the tech stack, with vendors like Wisely, Restaurant365, Aloha, and NCR.

“Everything was there,” Ruoff says. “It wasn't like we implemented a lot to be able to get it franchise ready. It's things we were already doing—best practice stuff.”

To start, Turning Point will focus on markets where it has the most brand awareness, which is east of the Mississippi River. Some examples include Delaware, Pennsylvania, New Jersey, Florida, North Carolina, Washington, D.C., Massachusetts, Maryland, Connecticut, and Virginia. Some groups want to be a single-unit operator, which Ruoff has no problem with, as long as the franchisee has “hospitality in your DNA and love the business.” 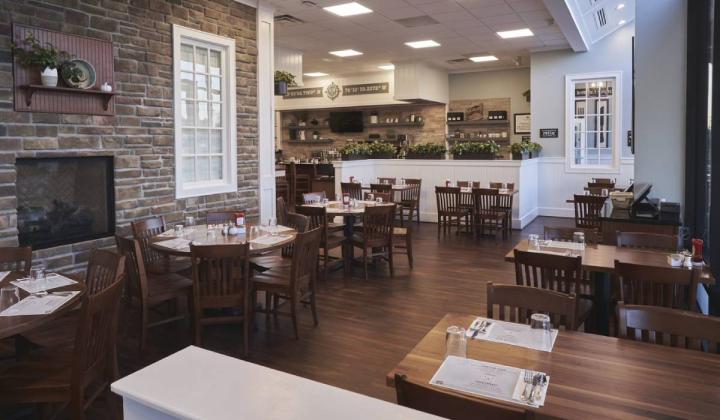 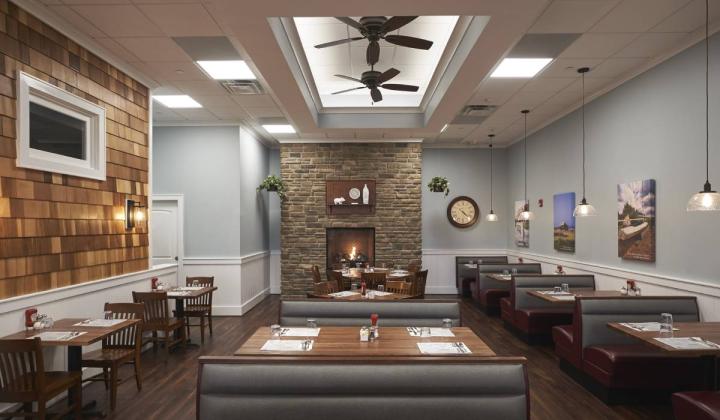 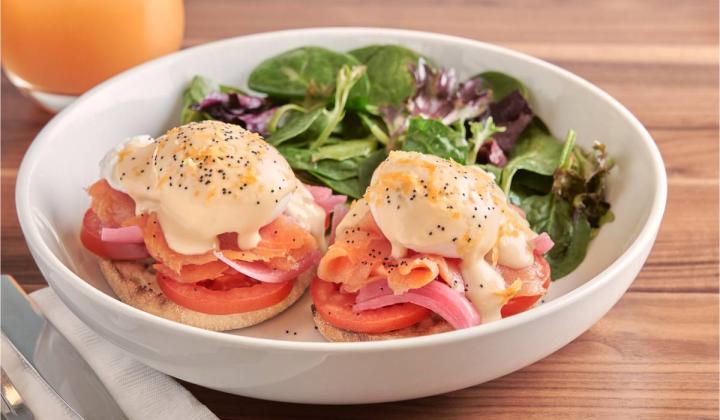 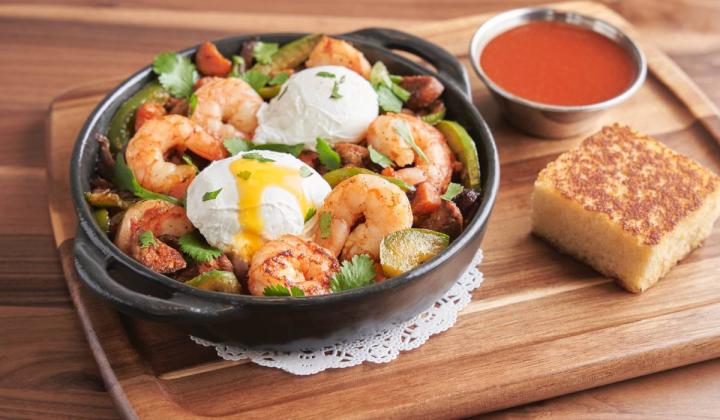 Restaurants are typically 3,500 square feet with space for an outdoor patio. The preference is endcap or standalone along a busy corridor, but the brand also knows how to take what the market gives them.

Like in Hoboken, New Jersey—where standalone is nearly impossible to find—Turning Point is based in the bottom of a 17-story residential building. Another restaurant is housed in what used to be a Friendly’s unit. The company searches for heavy traffic areas anchored by big retailers or grocery stores, such as a L.A. Fitness, high-end steakhouse, or  Starbucks drive-thru.

Ruoff says the interior has morphed over the years as consumers change preferences, but there have been no drastic alterations. The fireplace and breakfast bar are mainstays; the biggest difference has been the recent inclusion of a community table.

“No major changes.  As we're talking to people and they're coming to our restaurant, we steer them to the newer restaurants because they have the new image of what the expectation would be,” Ruoff says.

To supplement its dining room, Turning Point has adapted well to the acceleration of off-premises after tackling the question of, “how do I cook pancakes and put it in a box and have it sit that box and throw it in a car and drive across town and have people enjoy it?” The restaurant  solved this by including specific reheating instructions, which customers don’t seem to mind, Ruoff says.

On Mother’s Day, the brand sold brunch boxes and did a cross-marketing campaign with Nothing Bundt Cakes that proved successful.

“What's nice is that those delivery companies have come down from outer space on their delivery fees, because before it just didn't make sense,” Ruoff says. “You were cooking these meals and selling them and not making any money and so they finally have come in line to something that's more reasonable for the service that they provide.”

With franchise growth on the horizon, Turning Point will still keep a pulse on corporate expansion. Ruoff envisions a scenario where the company makes an investment in a new market, develops the area, and attracts franchise buyers.

The million-dollar question, Ruoff says, is how the restaurant will keep its streak of never permanently shuttering a store when it hands off the keys to operators. He prefers to believe Turning Point could open 100 locations without closing one, but if he and potential franchisees are honest with themselves, they know the risk is there.

When Turning Point decided to enter franchising, Ruoff remembers his wife asking him about one piece of advice he’d give to franchisees.

He thought for a while, and came back with a pretty simple answer—you just have to show up.

“We've had an incredible group of people that have helped build the restaurant," he adds. "But the foundation of the restaurant was we show up, we work hard, we understand hospitality, we try to get better every day, listen to our customers, listen to our employees, we humble ourselves to this business, and I think if you have that and you have those core characteristics in your DNA, you'll be fine."