The concept opened in August of 2018.

A Refugee-Run Food Hall Spices Up the Status Quo

Sabine Langer founded Global Café to make a space for flavors—and chefs—from around the world.

Memphis, Tennessee, might not be the first city that comes to mind when looking to sample authentic cuisine from Venezuela, Sudan, and Syria. But these tastes are now available to local customers thanks to Global Café, an up-and-coming international food hall run by refugees and immigrants.

Owner and CEO Sabine Langer opened the doors on the café in August of 2018 with zero restaurant experience, relying on her business background and her passion for employing members of the Memphis immigrant and refugee communities.

“I started volunteering in a very diverse and underserved neighborhood called Binghampton when I moved to Memphis, and I kept running across women who were cooking delicious food, but not as a career. I didn’t have any restaurant experience but I did have a background in business, and I thought, maybe we can pull this off,” she says.

Through her volunteer work, Langer—herself an immigrant from Switzerland—saw firsthand some of the challenges faced by immigrants and refugees after relocating. She says that many refugees and immigrants struggle to find jobs that accommodate their lack of English skills while they attempt to learn the language, pushing many to settle for jobs that don’t require fluency and that only offer minimal hourly pay.

Langer says she established Global Café to provide a pathway for entrepreneurial members of these communities to start a restaurant business at no upfront cost to them, and also as a way of fighting certain public opinions that she says began proliferating in the U.S. a couple of years ago. “At the same time as my café idea, the political situation here the U. S. shifted a little bit and developed this undertone of refugees and immigrants not being welcome. I wanted to help change that,” she says.

Opening an international concept in Memphis—a city with its own signature, beloved style of barbecue—is difficult, even for a seasoned industry professional. Langer started out by locating her chefs and her space. She interviewed various refugee and immigrant cooks for the chef positions, hiring cooks who would provide an eclectic mix of cuisine to guests. Now, the hall is helmed by three women chefs serving Venezuelan, Sudanese, and Syrian specialties.

Rather than open in Binghamton, Langer sought out a neighborhood that was more accessible to most Memphisites and that had more potential customers, and the café opened in a Sears Roebuck Company distribution center turned popular, LEED Platinum-certified, mixed-use development.

“I realized that the buying power wasn’t in Binghampton. There are 3,000 people who live and work around our current location. People in Memphis are not typically very daring with what they eat, and there’s lots of barbecue and American food. So I thought that being in a safe, familiar environment would help people give it a try and fall in love, and that has worked pretty well for us,” Langer says. 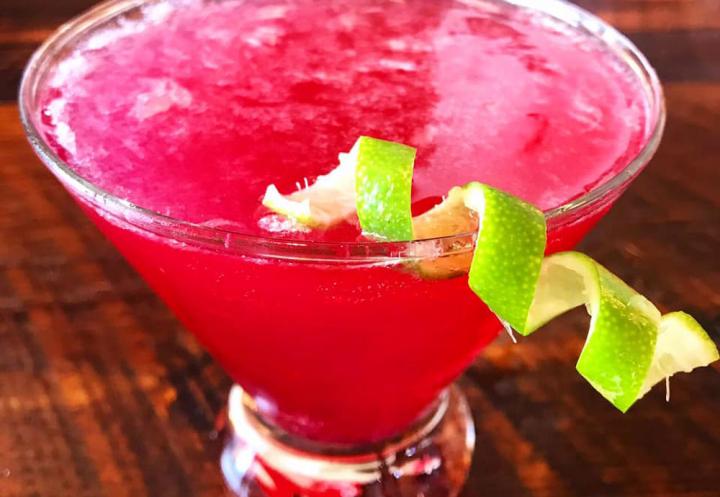 So far, the eatery has generated media buzz from NPR, Southern Living, and other national press outlets, resulting in some customers traveling miles to taste the food (one couple even drove from Wisconsin). Langer says the food hall has also gathered a following of local customers, with a few loyal diners even visiting multiple times per week.

“We have such a great mix of people,” Langer says. “We have little old ladies who come in the afternoon, the lunch crowd from all the surrounding businesses, people from the neighborhood and from far away. We have one customer who is a taxi driver from the Middle East. He comes almost every day because he says we remind him of home.”

The guest experience is straightforward yet unique. Diners pass from stall to stall, order a la carte from the trio of menus, and then pay at one central point-of-sale. Items are priced affordably; Syrian babaganoush with pita costs $4.70, Sudanese chicken shawarma rings up at just under $10, and an order of three chicken arepas from the Venezuelan stall runs at about $4.70.

There’s no table service, and customers seat themselves in the 40-seat dining room and patio after rounding up their food items on a tray. The café offers lunch and dinner Tuesday through Sunday, an array of signature, globally-inspired cocktails made in-house at a full bar, and a catering menu. The dishes offered rarely change, aside from a varying soup du jour on the Syrian menu and revamps made every few months by the culinary team based on how items are performing.

Global Café’s business model is equally as straightforward. At the core of the concept is an emphasis on sharing. Regardless of how much each of the three food stalls sells, all chefs receive an equal share of revenues, and tip pools are divided among cooks, bartenders, and dishwashers. The chefs share one kitchen space and then divvy the food up to serve from their various sections.

“I wanted to foster community, both with our guests and our chefs. The chefs all cook together as a team; everybody cooks their own food, but they help each other when they need help, and no one is competing over who sells more,” Langer says.

As the food hall grows, Langer isn’t worried about opening a second location, finding new chefs, or changing up the menu too drastically in the near future. Instead, she says, she wants to keep the same momentum the concept has found so far, focusing on giving more Memphis residents the opportunity to try foods from faraway places and giving the chefs the time and kitchen space needed to hone their culinary skills.

“Our goals for now are to continue to serve delicious food, educate people, and work with our chefs,” Langer says. “Some people tend to think negatively about immigrants and refugees, thinking we’re unmotivated or here to take jobs, and my favorite part of running this is seeing the people of Memphis building relationships with our chefs. So I just hope that we can continue to educate people as we have been—tell them about our personal stories and struggles through our food.”