Meet the Three Restaurants Bringing Heirloom Ingredients Back into the Kitchen

At Harvest in Louisville, Kentucky, it’s all about the heirlooms. With 80 percent of its produce coming from farms within a 100-mile radius, Harvest celebrates local food in a way that few other restaurants can match—let alone rival.

Executive chef Jeff Dailey loves working with heirloom products because of the history that is imbued in every bite.

“Heirloom vegetables represent a snapshot of a bygone era,” Dailey says. Heirloom seeds that have been passed down for years give diners a chance to find a connection to past generations. “They offer us a glimpse into the past via the flavor that our ancestors once tasted,” he adds.

Dailey’s menu, which changes often depending on what’s in season, is chock-full of fresh vegetables. Guests might find handmade pasta with tomato primavera and asparagus, charred broccolini with a scallion green goddess dressing, or fish with carrot pain perdu.

Harvest is dedicated to supporting keeping heirloom produce alive in other ways as well. In the past, it ran a program that distributed packets of heirloom seeds to customers for their own gardens, making Louisville’s food system even more robust and diverse. 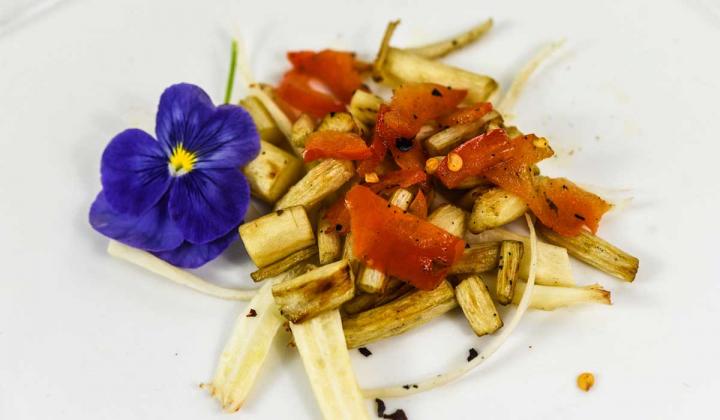 Where Jere Gettle was just 17 years old, he published his first edition of the Baker Creek Heirloom Seed catalog. Since then, his business grew to include more than 2,000 types of heirloom seeds.

From there, Jere and his wife, Emilee, set out to fight what they refer to as “gene-altered frankenfood.” In addition to the seed catalog, the pair run the Baker Creek Restaurant on their farm in Mansfield, Missouri. Heirloom products show guests the possibilities that exist within a healthy, natural environment. The plant-based menu changes constantly to highlight the dozens of heirloom fruits and vegetables grown on the farm. Many of their dishes are Southeast Asian–inspired; one recent offering was lo mein with miso-lemongrass broth, sweet peppers, onions, eggplant and Thai sweet basil flowers.

The Gettles believe heirloom seeds can change the nature of the world’s food system, which is why they also donate thousands of seeds every year to impoverished communities around the world, ensuring they’ll have healthy, delicious food for generations to come. 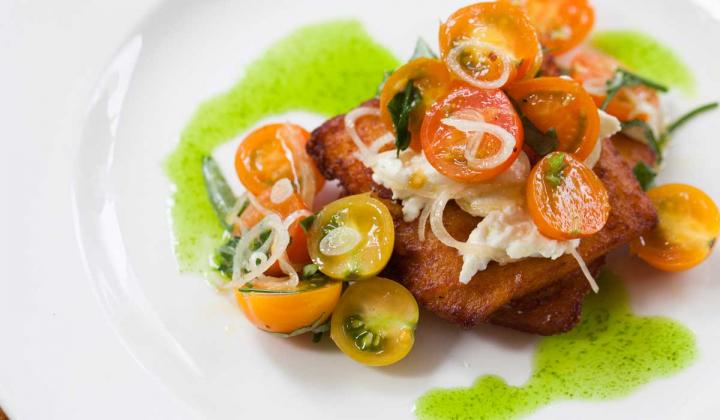 As an upscale Italian spot in Chicago, Osteria Via Stato uses its fair share of tomatoes year round in its sauces and salads. The menu always includes tons of fresh, local fruits and vegetables, and the Roman-style pizza of the month often features heirloom ingredients like asparagus and peppers. But it really turns things up in the summer, when chef David DiGregorio hosts a dinner to celebrate the humble tomato in all of its various forms­—including dessert.

The annual Heirloom Tomato Dinner at Osteria Via Stato, hosted in conjunction with a local farm, gives DiGregorio a chance to show off the best qualities of this versatile vegetable (well, fruit, technically). In the past, there’s been an heirloom tomato, bacon, and burrata bruschetta; braised rabbit and roasted tomato risotto; and even a tomato gelato served with tarragon cookies.

While the dinner sells out every year, it doesn’t mean that people who are craving something juicy are out of luck. Diners at Osteria Via Stato often find DiGregorio’s panzanella salad on the menu, which is tossed with enough perfectly ripened heirloom baby tomatoes to satisfy even the hungriest guest.