The Future of Food After the Pandemic

Fads may come and go, but larger trends toward local sourcing, plant-focused dishes, and global flavors will redefine menus.

In the U.S., local food sales first began gaining traction in the early 2000s. Around the same time, international cuisines started spreading beyond isolated neighborhoods of major metropolises. And though Americans’ overall consumption of vegetables and fruits regressed in the 2010s, the idea of plant-forward eating has become more prevalent in the public lexicon.

These are hardly new trends, especially when compared to buzzy items like Nashville hot chicken, Impossible Burgers, and jelly art cakes. But they are trends with staying power, not temporary fads, that permeate both sides of the industry, each of which is grappling with its own set of COVID-forced changes.

“I expect the lines between limited and full service to continue to become more and more blurred. The consumer demand for more culinary innovation from the fast-casual segment continues to grow, and for full service, the demand for convenience is pushing that segment to innovate around the off-premises dining experience,” says Nick Graff, executive chef and vice president of culinary for Noodles & Company.

Not only does Graff anticipate healthy, plant-based menu options to pop up across restaurants, he also predicts chefs will push the envelope in that space. “Guests are craving the unexpected. They want to be surprised by the innovation coming from F&B and excited by the possibilities coming from the space,” he says. Noodles & Company, whose menu is grounded in American, Italian, and Asian bowls, has begun spotlighting veggies with additions like zoodles, cauliflower noodles, and LEANguini, the last of which just launched in January.

Fellow fast casual Veggie Grill has championed vegetarian fare since it first opened in 2006. To that end, it works closely with plant-based companies to stay abreast of the latest developments and product launches.

“There is a breadth of activity happening across plant-based and cultivated/precision-fermented food offerings that can substitute for animal products. The innovation continues to improve and become more market ready everyday,” says T.K. Pillan, founder and chairman of Veggie Grill. “But then you need to be willing to put in the time and effort to work with the new products.”

Still, plant-based products are just the tip of the iceberg when it comes to the larger plant-forward trend, which isn’t restricted to veganism. Instead, it merely connotes a greater emphasis on ingredients like vegetables, fruits, legumes, grains, nuts, seeds, and more. In fact, some chefs prefer these basic building blocks to ready-made alternatives.

“I don’t necessarily lean into [products] like Impossible meat. I'd rather utilize vegetables that can serve as center-of-plate proteins,” says Thomas Dritsas, culinary concept chef for Whiskey Cake Kitchen & Bar. “So whether it be a butternut squash or sweet potato, … there's really no need for having beef or pork or chicken in the dish. And it makes way for a very interesting conversation.”

Last summer, Dritsas, a 20-plus-year veteran of Del Frisco’s, joined Dallas-based Whiskey Cake, which, at nine units and counting, is the largest concept in the FB Society restaurant group. Already the chef is working to incorporate more Greek and Middle Eastern flavors into the menu. These cuisines, which fall under the Mediterranean banner, are rooted in vegetables, beans, and whole grains, with animal products like cheeses, seafood, and meats comprising a smaller portion.

While plant-forward might be a completely new approach to eating for some, Dritsas points out that it’s really a return to older culinary traditions.

“For my father growing up in Greece, there was very little protein on the table when it came to meat because they didn't have the money for it. It was usually special occasions when they would sacrifice a lamb. And because they were on the Mediterranean, they would eat seafood more,” Dritsas says. “But the staples that always hit the table were fruits and vegetables. I think that's why they lived so long.”

This philosophy is best illustrated in dishes like the new “Farmshuka,” which is a play on the classic shakshuka dish found throughout North Africa and the Middle East. Dritsas’ rendition features farm-fresh ingredients like eggs, tomatoes, garbanzo beans, and okra, as well as spices like Aleppo pepper and toasted cumin and coriander. The Farmshuka also illustrates another trend: the rise of authentic, yet personalized, global bites.

Similar to Dritsas, Alexander Sadowsky is also weaving more international influences into his menus. The corporate executive chef at Twin Peaks says Tex-Mex will probably take a backseat while the chain experiments with different dishes like Moroccan-fried chicken or bulgogi, which could be styled like a Philly cheesesteak or a bánh mì. Sadowsky sees them as part of a new, globalized take on comfort food.

“Comfort food isn't going away, and it's comfort food that's unapologetic because the chef is saying, ‘This is my interpretation of something that is comforting to me,’” Sadowsky says. “I think it has longevity as long as you're looking at it from the right perspective. My comfort food might be Thai food; your comfort food might be tacos. We don't dictate that to the consumer. So as long as [chefs] are willing to be a little bit braver and bolder in those statements and the food that they're putting out, I think it's actually going to be more successful.”

This shift was already underway before 2020, but as Sadowsky and so many other chefs have pointed out, COVID was like dousing gasoline on a fire—it only accelerated a growing blaze. In less than a decade, he’s noticed a significant shift.

“Five years ago, if you said ramen in the U.S., you were thinking of those packets that cost 10 cents. Last week, I had really great ramen in South Dakota. I never would have thought that was going to happen,” Sadowsky says. 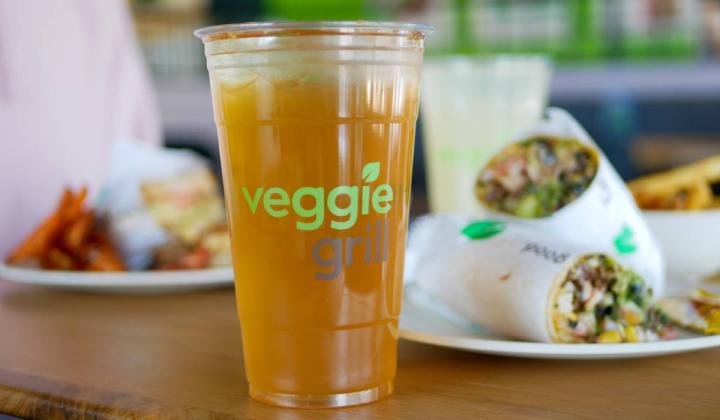 Fast casual Veggie Grill has championed vegetarian fare since it first opened in 2006.

In his opinion, occurrences like this will only become more common. Plus, the widespread adoption of QR code menus and the advent of ghost kitchens have freed up brands to test new items in a quicker, more cost-effective way. Before COVID, so-called blackboard specials were mostly limited to independents or smaller restaurant groups. Now, Sadowsky says, multiunit brands like Twin Peaks, which has more than 80 locations, can do something similar. In January, the chef had three 8-foot-tall whiteboards filled with tentative rollouts that corresponded with seasons, special events, and holidays.

But even with a new level of adaptability, Twin Peaks, like every other restaurant, is constrained by current challenges to the supply chain and labor force. Inflation is also putting operators in a double bind; the increased cost of goods and labor may force restaurants to raise prices, but it could come at the same time when inflationary forces leave many consumers cash-strapped.

“Value and affordability are a must right now for guests, and we will likely see that continue for months to come. However, restaurants are going to have to offset that need for affordability,” says Mike Colonna, president and CEO of NORMS Restaurants, a diner concept with nearly two dozen locations across Southern California.

He offers Domino’s as an example. Rather than raise prices, the pizza chain reduced the number of wings in its $7.99 deal from eight to six in January, citing inflation, not the supply chain.

Dritsas, however, has a different perspective.

“Since we opened back up after the pandemic, we've had a full menu. We didn't do an abbreviated menu at any point,” Dritsas says, adding that the only exception was when the restaurant first had to close and rely on off-premises meal kits. “So if anything, with ops complexity, we've added a little bit more because we believe that if we can outperform our peer set, we’ll be the destination where people want to go.”

Even though Whiskey Cake isn’t changing the number of items it sources, it is doubling down on where it sources from, with an even greater commitment to local sourcing.

Twin Peaks is also finding renewed benefits in this strategy. Sadowsky points out that what’s considered local can vary, with some sourcing regionally and others staying within a 50-mile radius. Either way, progress is being made to build a better system.

“The globalized food chain was so broken when COVID hit. Now people are like, ‘Maybe I will just go support my local butcher even if it's a few more dollars because I like him and I had a good experience during COVID,’” Sadowsky says. “The longer haul freight is getting so expensive that … it kind of leveled the playing field. Would you rather pay a farmer that's in your neighborhood $3 for a carrot or would you pay the commercial guy $3 for the carrot, but $2 of that went to the shipping?”

It’s an interesting dynamic that at a time when flavor profiles are expanding far and wide, the ingredients themselves are coming from closer to home. So while the cuisine of the moment and Instagram-worthy dishes are bound to cycle rapidly, they will be doing so within the boundaries of these much greater shifts. And it’s something consumers are likely to value, too.