Pasta changes based on the ingredients at hand; this version features cavatelli and smoked puffball mushroom ricotta, both made in house.

3 Restaurants Taking Scratch-Made to the Next Level

From house-smoked meats to pickled fig chutney, scratch-made is the standard at these three restaurants.

“House-made” is less of a trend than a mandate at Chicago newcomer Flat & Point, the first restaurant from husband-and-wife team Brian and Taylor Bruns. Brian, the chef, is formerly of the Michelin-starred Spiaggia and Tru and takes his in-house specialties—which run the gamut from ricotta to pasta to house-smoked meat—very seriously. “If I buy bread, cheese, or charcuterie and charge you for it, you are basically eating at a grocery store where I have nicely plated things,” he says.

The dish that perhaps best exemplifies Flat & Point’s perspective is the ever-changing Brian Pasta. The dish serves as a vessel to highlight made-in-house items. If a menu item yields extra that might normally be thrown away, those ingredients can find new life in the Brian Pasta.

Its flexible nature also means that when something amazing shows up at the market in the morning, it can be easily incorporated into that night’s iteration of the dish. It’s vital that the stars of the menu be made in house and one of a kind. 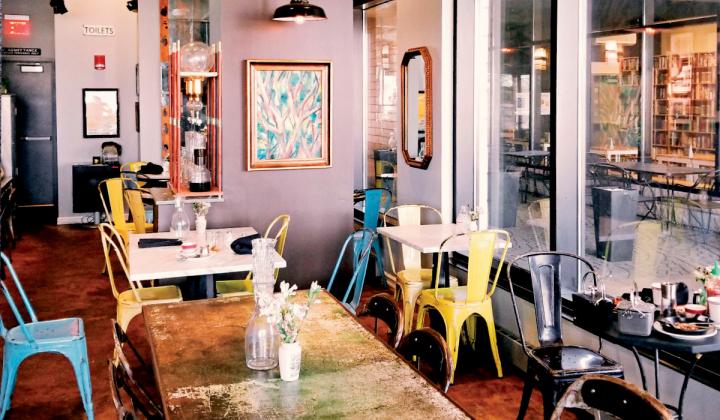 Even if you don’t know much about Swiss design principles, it’s not hard to recognize that there’s something special going on at Eggshell Bistro in Carmel, Indiana.

That’s because chef and owner Larry Hanes had a successful career in art and design before entering the culinary world. “I see an immense correlation between the essence of Swiss design and the culinary arts,” Hanes says. “Both foundational trainings should involve rhythm, repetition, balance, contrast, color, as well as symmetrical and asymmetrical composition.”

So how does this play out in the food? Imagine a borderless menu that draws inspiration from cuisines across the world. If Hanes can make an element of the dish on-site, he will. For example, Eggshell’s labneh-za’atar dish features pickled fig chutney, labneh cheese, and za’atar spice blend served alongside a sourdough crumpet—all of which are made in house.

By making ingredients in house, Hanes often discovers new, unrelated things he can use in later dishes. He even has a motto to sum up the idea: “I will always relish the idea of creating a custom relish,” he says. 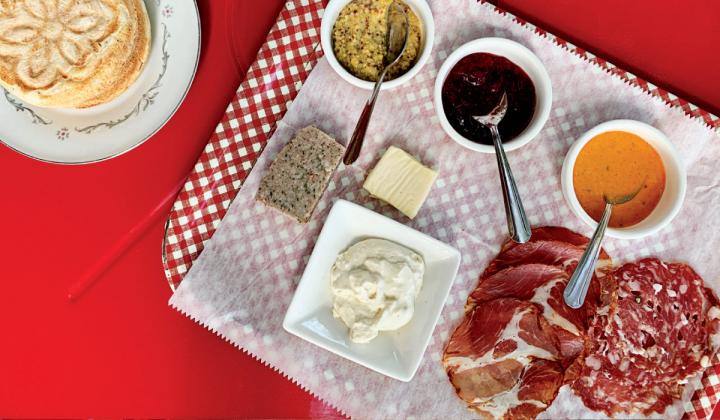 With the exception of Specialty italian imports, Forno prides itself on making sauces, jams, and other items in-house.

The dining scene in Omaha, Nebraska, has exploded over the last few years, with options ranging far beyond the steak and potatoes that the area is known for. One of those new options is Forno, a casual Italian spot helmed by chef Nick Strawhecker.

“Wood-fired hyper-seasonality is really the cornerstone of what we do at the restaurant and always has been,” Strawhecker says. “It’s what our guests expect and how I like to cook.” Most of the dishes at Forno, which means oven in Italian, come straight out of the huge, Ferrari-red oven that is the centerpiece of the restaurant’s open kitchen.

Almost every dish on the menu features at least one house-made specialty, from the crispy, doughy tigelle and tangy eggplant jam to the perfectly blistered pizza crusts. Even the brunch menu gets in on the action, with granola that the Forno team makes from scratch. If it didn’t come straight from Italy (because who could improve on mozzarella di bufala?), there’s a very good chance it came right out of Strawhecker’s kitchen.