Vegan or dairy? It’s hard to tell at Paulie Gee’s, a chain of independently owned pizzerias that serve a variety of both.

A pizza micro-chain with a dedicated vegan menu, a specialty market with two cheese caves, and a mozzarella mega-star are bringing new dimensions to cheese.

Since doors opened at its original location in the Greenpoint neighborhood of Brooklyn in 2010, Paulie Gee’s has been swamped. With no reservations, wait times can stretch for hours to get inside for a slice of Neapolitan-style pies, made fresh to order in an enormous pizza oven. Although the oven may be traditional, the pizzas are anything but.

“We use a variety of in-house and pre-made vegan cheese for our pizzas,” says Derrick Tung, owner of the Chicago location.

Options like the In Ricotta Da Vegan, with house-made vegan fennel sausage, house-made cashew ricotta dollops, baby arugula, and extra-virgin olive oil, show the versatility of the new wave of vegan cheeses. (Of course, the non-vegan version with dairy ricotta is called Ricotta Be Kidding Me.)

Guests who aren’t keen on vegan cheese have plenty of options, including a combo of pecorino romano, mozzarella, parmigiano reggiano, gouda, and gorgonzola on the All the Paulie Cheese pizza.

“There aren’t too many quality places to go when some members of the group or family are vegan and some aren’t,” Tung says. “So I’m glad we’re able to be a spot that provides something that everyone can enjoy.” 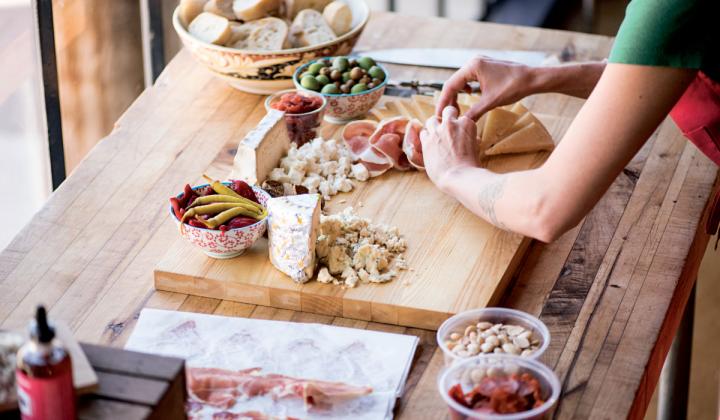 Although Caputo’s offers a number of gourmet foods, its cheese program is a particular draw, boasting two cheese caves for in-house production.

Utah hardly has the big-cheese reputation of Wisconsin or Vermont, but that, arguably, gives Matt Caputo an edge. As a certified cheese professional, he makes and ages his own cheese in two on-site cheese caves at Caputo’s Gourmet Food Market & Deli, right in the middle of Salt Lake City.

“Local cheesemakers that are focusing not only on good agriculture but also on more difficult-to-make or uncommon cheeses will find chefs eager to pop them onto their seasonal menus,” Caputo says.

He works with local farmers to produce asiago, blue cheese, goat cheese brined with local craft beers, and more—all of which can be sampled at the restaurant, either on their own or as part of a composed dish. Caputo’s also offers tours of the caves, as well as classes on creating the perfect cheese board or pairing cheese with chocolate, beer, and other items.

In addition to these offerings, Caputo provides consultations and staff training for restaurants that are interested in upping their cheese game. “If servers are able to regale customers with interesting tidbits about the cheese, it can increase enjoyment,” he says. 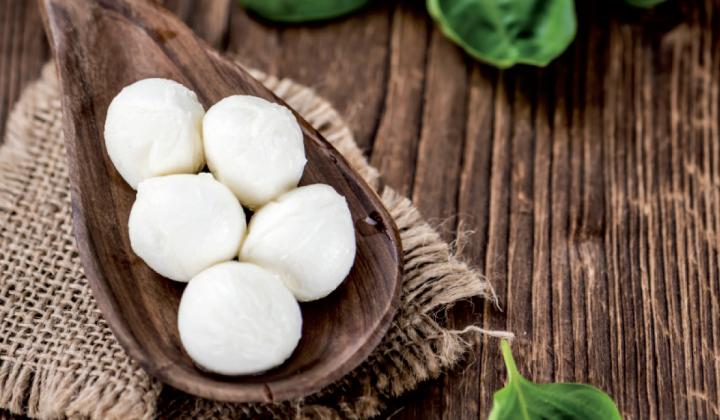 At Barano, chef Albert Di Meglio prides himself on making mozzarella from scratch.

Nestled under the Brooklyn Bridge, Barano serves mozzarella so fresh that it practically moos. Not content to simply import the creamy ingredient from Italy, chef and owner Albert Di Meglio decided to make it himself. The result is three distinct styles of mozzarella: a savory, salted version; a smoked mozzarella; and stracciatella di bufala, a rich, stretchy variation that’s often used in burrata. Each is hand-pulled to order and served fresh.

The mozzarellas are available as stand-alone side dishes and also appear on a wide range of dishes on the menu, from colorful antipasto platters to the crispy, chewy pizzas to chicken parmigiano.

Dessert may be devoid of mozzarella, but it is hardly a dairy-free affair thanks to the the creamy, ricotta-filled cannoli.

Rethink the Rebrand: How On The Border Got its Mojo Back
Chef Steve McHugh to Open New Dining Concepts in Austin
Eureka! Introduces New Wings Flavor for Big Game