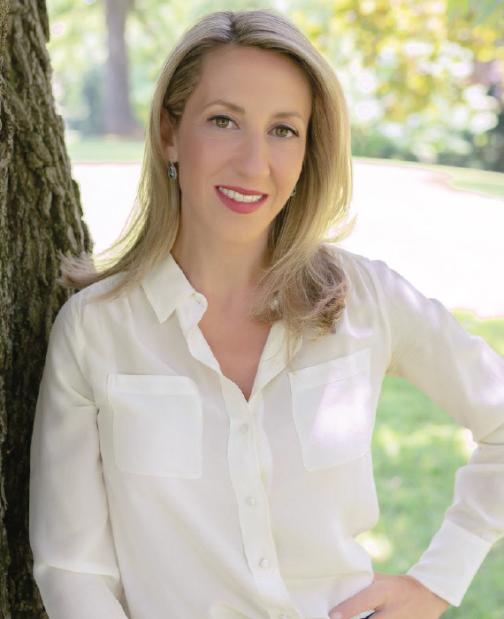 Joanna James hopes to spotlight women in foodservice through her films and to bring them together through MAPP.

Throughout her career, Joanna James has worked to tell the stories of unsung heroes. First she did so as a newspaper reporter and later as a documentary filmmaker. Her debut film, A Fine Line, explored the high-intensity world of restaurants through the lens of female restaurateurs and chefs, including Dominique Crenn, Mashama Bailey, Barbara Lynch, and her own mother, Valerie James. It also brought to light the myriad factors behind a glaring disparity in the restaurant world, where women make up less than 7 percent of head chefs and restaurant owners.

The film, which debuted in 2017 and later aired on PBS in 2020, received critical acclaim and was named Best Documentary by a First-Time Filmmaker by Vanity Fair. Its success also spurred James to build a new platform for a different kind of storytelling, one that invites women from across the industry to share their experiences and support one another. MAPP, standing for Mentorship, Advocacy, Purpose, and the Power of women, started four years ago and just hosted its first conference this summer. As the organization continues to grow and launch new initiatives, it’s James’s mission to bring more women into leadership roles and ensure they have the resources and network that female restaurant owners, like her mother, have historically lacked.

MAPP just held its inaugural conference in June. How did it go?

It went so well that we’ve already signed up for year two. We had women chefs, farmers, restaurateurs, and food activists from most states—even as far as Hawaii and Alaska. It wasn’t just about getting established restaurant groups from New York or Chicago or L.A., although a lot of them were there. It was really about making an inclusive and well-represented audience, especially because many of the voices of women and women of color haven’t been part of the conversation for so long. We wanted to make sure the people who we thought should be there were there, and so we provided scholarship tickets. It was great to hear from so many of these women. They said, ‘Well, it was hard to get the time off,’ or ‘I was wondering if I should come.’ But after the first day, they said it was the best decision they ever made.

It was really unearthing what has been there well before the pandemic. No one can deny that COVID impacted the way the industry is run, but many issues were just exacerbated and have always been there. When we’re talking about why the industry was hit hardest in terms of the labor shortage—6 percent of the workforce left hospitality—it’s because of issues we’ve been advocating for all along, like a dignified wage, flexible work schedules, harassment-free work environments.

It’s very important to have a lot of people be the ones to speak and share their experiences. At the height of the pandemic when some of the leading restaurateurs were invited to the White House to discuss policy, not one female was included. And the people who were invited, we respect them all, but they only represent a sliver of the industry—we’re talking about Michelin-starred restaurants in New York City or Napa. Well, that doesn’t reflect some of the great work happening in Indiana or Kansas City or Rochester, New York, or all the other places that we have women chefs and restaurateurs. And they’re the backbones of their communities.

Many of these women started their businesses 18–25 years ago. No one thought they could do it, and here they are, proving everyone wrong. But they did it with a lot of sacrifices because they didn’t have the resources and the network that we’re trying to build today so that it can be more equitable. Of course, less than 7 percent of chefs and restaurant owners are women—they’ve operated at such a disadvantage. 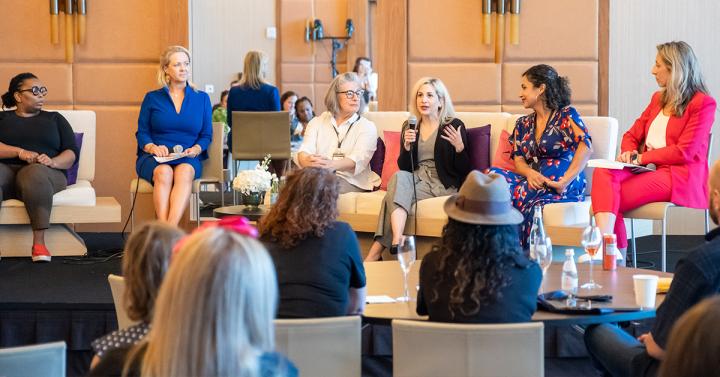 How has the organization evolved?

MAPP has been doing this work since 2018. When we weren’t hosting events because of COVID, we used that time to reflect on what we could do, especially now that our friends in the industry needed help. So we created MAPP as a 501c3. We’re doing a lot of legislative outreach because we had that setup from our advocacy work with the Partnership for the National Partnership for Women & Families. Then when the Independent Restaurant Coalition was formed, we did a post-COVID survival toolkit series as a webinar on some of the most important things that small businesses were doing to pivot.

A lot of our members were really wanting to learn more, and so as daunting as it was, we said, let’s consider hosting our first conference. You could sense that people wanted to get together and be in the same space as opposed to Zoom. And that was the best part: seeing so many friendships and partnerships that were being built. It wasn’t just networking.

What led you to document women in hospitality through A Fine Line?

The power of food and film all comes down to storytelling. Why do these people do what they love? What is the motivation behind the work that can be so grueling?

I grew up in this industry. I had the greatest role model in my mother, who still does it everyday. She’s been in her restaurant 32 years now. So for me, it’s very personal because I see that it’s such a labor of love and dedication. We have to get those stories out there so the public sees the incredible work they do and what influence they have on their communities. Then we can support the industry better.

My mom owns Val’s Restaurant out of Holden, Massachusetts. She started it as a small pizzeria—I don’t even know if it was 1,300 square feet—and now the restaurant itself is 15,000 square feet. I realized I should share her story, what she went through. Plus, she’s got a bigger-than-life personality. It wouldn’t do justice writing about it; she had to tell her own story.

What’s next for MAPP and for your filmmaking?

We have built such an amazing MAPP community of women committed to food and hospitality that the energy is contagious, and the momentum to our movement is incredible with MAPP members growing in each state. What drives me is seeing the difference we’re making, knowing  that 30 years ago, my mother didn’t have a network like this where women are supporting women in the industry.

I’m excited to announce some of the new initiatives we’re working on. First, we’re encouraging women to take the pledge for our ‘roadMAPP’ to professional and personal fulfillment. And from there, we are developing the roadMAPP series, a virtual, seven-part business leadership webinar series leading up to MAPP’s annual conference in South Florida next spring.

I’ve also got a lot of ideas and am doing some pre-development for a new film series. At the end of the day, that’s my love and what I want to keep working on.”