An updated logo, reflecting a more contemporary take on Macayo’s iconic Macaw parrot symbol, is the new-yet-familiar visual cornerstone for the retooled brand.

The Challenge of Refreshing a Legacy Brand

After 70 years, the revered Mexican chain decided it was time to refresh its classic concept.
December 2016 Danny Klein

Ken Peters and the team at Nocturnal Branding turned in a 149-page report—on 13-by-19-inch paper—to Macayo’s. If that seems a bit excessive, consider this: That’s just a shade over two pages for every year the legendary Arizona Mexican chain has been open. “When you have a brand like Macayo’s, with so many years of history, there’s a great amount of responsibility that comes with that,” says Peters, the company’s creative director and co-founding partner. “It sounds corny maybe, but we take very seriously the fact that this was started by a guy and his wife 70 years ago and they built it into something that has benefitted their family and the community all these years.”

On September 26, Macayo’s seven-decade anniversary, a new name, logo, menu, and branded message were unveiled to the public. That previous January, the company’s president, Sharisse Johnson, who is the daughter of the concept’s late founders, Woody and Victoria Johnson, approached Nocturnal Branding and laid the monumental task of refreshing a legacy brand at their doorstep. Peters’ company has experience with some of the nation’s premier restaurant groups, including Cameron Mitchell Restaurants and Fox Restaurant Concepts. But a case like this, involving a 13-unit chain that first entered public conscious in 1946, a time when gas cost 15 cents a gallon and the bikini was first introduced, was a special kind of task.

“To be able to play a part in that is a treat,” he explains. “Projects come, clients come and go, and there are good ones and bad ones. But it is rare that one comes along like this that has so much meaning to it and so much importance.”

Nocturnal Branding dived into five months of internal auditing and external competitive and consumer analysis. What resulted was the nearly 150-page document outlining a path forward for Macayo’s. Naturally, the team had to walk a fine line throughout the process.

First off, Peters tweaked the name. Instead of Macayo’s Mexican Kitchen, the chain is now called Macayo’s Mexican Table. Peters says the word “table” better signifies what Macayo’s represents. “What stood out and what speaks to all of the demographic groups that the restaurant is trying to reach is that they all come together around the table,” Peters says. “And this idea of sharing a table with friends and family, it’s sharing a table and sharing a life. That’s who they are. … . On one hand, they want to be hip and young and contemporary and appeal to that millennial, foodie group, but they are also a family restaurant. And they want to respect that heritage of what they are.” 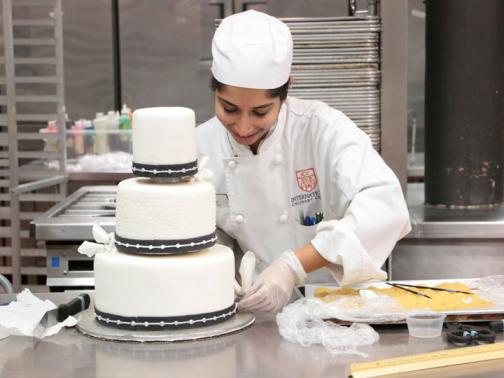 As you could imagine from the proposal, no detail was arrived at lightly. Peters says they spent ample time on things like menu typography, paper, color palettes, iconography, photography, and the list goes on.

“Nothing was done randomly. Nothing was done simply because, ‘Oh this is pretty.’ Everything has a purpose to it,” he says. “Branding as we practice it is results driven. Everything is designed to bring people to the restaurants and beef up the bottom line.”

One early success has been the kid’s menus. Nocturnal Branding designed two options: a sugar skull and a luchador mask, for younger guests to color and take home. “It brings the brand out of the restaurant and into the consumer’s life,” he says.

Afraid to flood guests with the message, the company decided to unroll the changes gradually. Many of the features, including a revamped website, will be introduced over the course of the yearlong birthday celebration.

From May until September, Nocturnal Branding used vintage photos to rebuild the brand’s visual identity with a nod to the past. The new logo is a contemporary take on the well-known Macaw parrot that has represented the brand for decades. All of this unfurled after they spoke with everyone they thought had a voice Macayo’s needed to hear, everyone from the wait staff to the kitchen staff to people walking in the door. It didn’t matter if they had been with the company for two weeks or 30 years. “We wanted to find out if everyone internally saw it the same way. And if they didn’t, where were those gaps?” Peters says. “Where was it not firing on all cylinders? And then, conversely, we looked externally from the customer viewpoint. We did market research where we talked to thousands of customers. We surveyed thousands online and in person and we found out how Macayo’s was viewed in the market.”

On September 26, when the new logo and name were introduced, Macayo’s didn’t exactly run to the presses. It was downplayed to a degree. Again, this was done to let the refaced image trickle out; not avalanche into the mainstream.

One of the changes was to restructure the menu. There’s now a contemporary half and traditional half that showcases Macayo’s time-honored classics. Founder Woody Johnson claimed to have invented the chimichanga when he dropped some unsold burritos into a deep-fryer one shift. Peters also adds that Macayo’s will make any classic dish you request, even if it’s missing from the new display.

In 2017, Macayo’s will be moving its original Central Avenue location across the street and rebranding it with a retro theme that resembles what the restaurant felt and looked like in the 1950s.

When the rebranding was first completed, Peters says Sharisse Johnson sent the team a personal note thanking them. “It means a lot,” Peters says. “We’re proud to be a part of it.”

Darden Will Pay Employees to Get Vaccinated
Taco Concept Agave & Rye Fulfilling its ‘Magical’ Potential
Spend $40, Get 40 Free Boneless Wings at Applebee’s for the Big Game